Michael Chabon reimagines the family memoir in his latest novel. 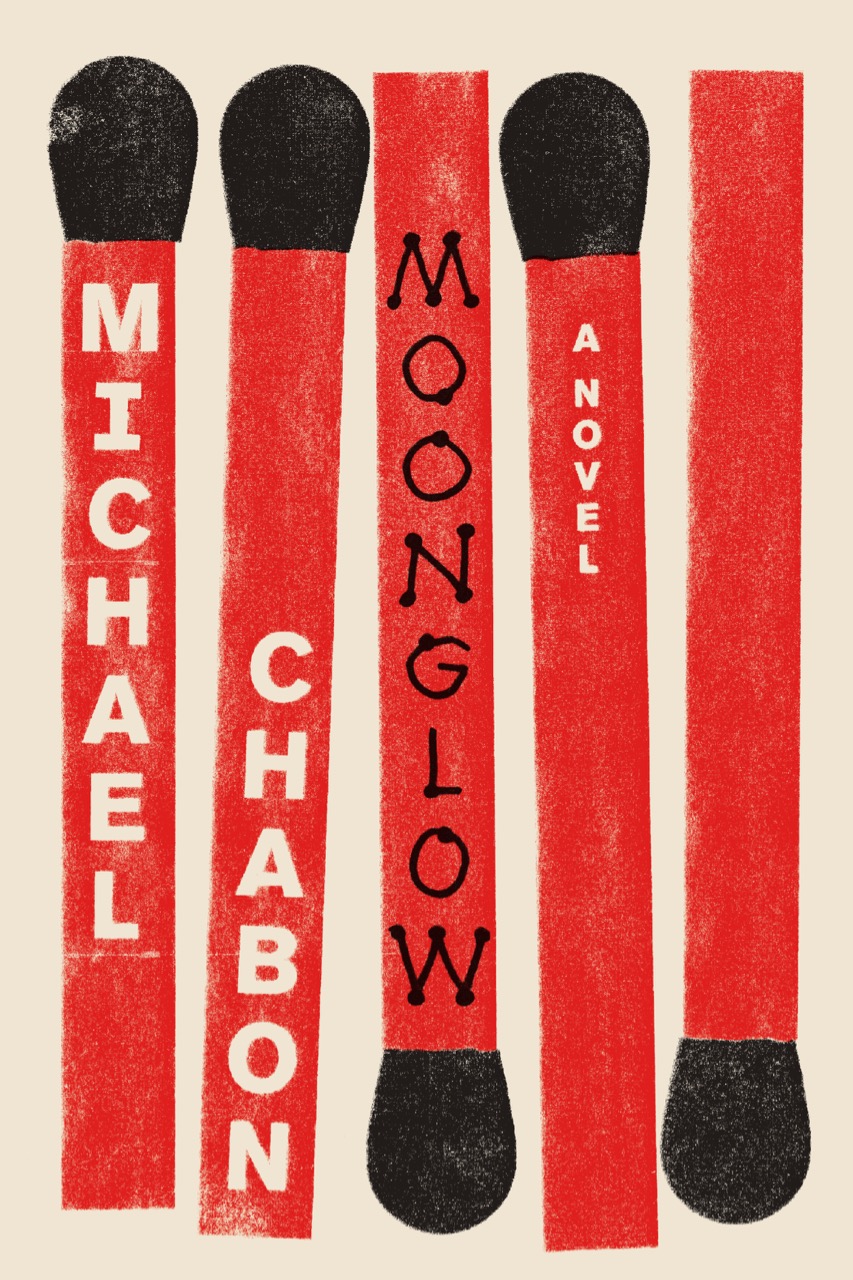 In his grandmother’s cupboard, a boy named Mike finds a box of fortune-telling cards. They have names—the House, the Rider, the Lilies, the Ship—that seem like the building blocks of stories. Later he assembles the cards into a house, which he pictures as being built of stories, in both senses of the word. He begins to see the whole world as being made out of tales, a structure like the Tower of Babel: fragile, brave, and always on the verge of collapse.

This image from Michael Chabon’s new novel, Moonglow, could very well serve as a summing up of his career so far. Here is the pleasure he takes in writing, and his exhilarating facility for invention. Here too is his essentially tragic worldview, balanced with irrepressible hope. And here as well, from Chabon the great literary trickster, is a sneaky self-portrait of a writer pulling off a confidence game. The book appears to be a family memoir, narrated by “Mike” and drawing on Mike’s childhood memories, archival research, and the deathbed reminiscences of his grandfather. In fact, the family, archives, interviews, and everything else exist only in Chabon’s own vivid imagination.

An “author’s note” at the start of Moonglow reads: “Wherever liberties have been taken with names, dates, places, events, and conversations . . . the reader is assured that they have been taken with due abandon.” It’s a warning sign for a mischievous project whose very title hints that we are viewing things in an unreliable, quicksilver light. Chabon raises questions about therapeutic honesty in a fictional narrative; he explores historical fact through theatrics and disguise. Yet this tale about Mike’s search for the lives of his grandparents—his grandfather, a streetwise kid who becomes a rocket scientist; his grandmother, an amateur actress with a dark past—feels close to home, perfectly plausible on some level of private myth. If this were a comic book it would be Chabon’s origin story, telling how he acquired his literary powers.

The life stories of Mike’s grandparents reflect a family inheritance of pain and survival, Jewish tradition and New World self-invention. While still a teenager, the grandfather meets a sideshow performer who is half man, half woman and learns an early lesson about love and loss. He becomes an engineer, serves in the army in the Second World War, and witnesses the liberation of the camps. Later he marries Mike’s grandmother, a woman who has been freed from a concentration camp in body but never entirely in mind. Their happy marriage is interrupted by two severe mental breakdowns: in one she stages a terrifying disappearance on Halloween, while in another she sets fire to a tree. Committed to a mental institution, she acts out her alienation in a play that involves a surrealistic journey to the moon. The grandfather, too, finds solace in a dream of lunar emigration. His way of cultivating his garden is to build an elaborate model of a moon base, with a tiny oasis of trees and flowers scaled to fit beneath the lid of a coffee cup.

One of the morphological characteristics of a Chabon book is excessive length: he enjoys sending his characters on distant or quixotic missions, like the trip to Antarctica in Kavalier & Clay, but doesn’t always know how to bring them back. There are some subplots in Moonglow, especially involving the grandfather’s war adventures and a yarn about python hunting at a Florida retirement community, that even Chabon’s astonishing narrative talents—his eye for detail, his gift for pairing comic absurdity with serious insight—can’t entirely redeem. Chabon keeps returning to, and then fleeing from, the book’s center, which is its tender portrait of a family. If he really feels like taking a risk sometime, he might try being more openly emotional, or more truly personal, in his work. Why not? There’s no one who writes more compellingly about the knotted tangle of affection and frustration that parents feel for their children, and that partners feel for each other.

The question of storytelling, honesty, and intimacy is very much at issue in Moonglow: How reliable is the impulse to reveal all? What good does disclosure do? In several moving scenes Mike and his mother nurse the dying grandfather while he begins, for the first time, to talk about his life. Mike listens to these memories with a little too much novelistic interest; Grandpa gets annoyed. “You think this explains everything,” he snarls. “You think it explains you. . . . It explains nothing.” Even so, he says, “You can have it. I’m giving it to you. After I’m gone, write it down. . . . Make it mean something. Use a lot of those fancy metaphors of yours.”

But for the first time in his life, Mike starts to doubt the healing power of getting it all out. He grew up, he tells us, flying “the flag of self-expression,” in a generation certain “that redemption lay in the sharing of experience and feeling, and that in denial there was something like damnation.” Until his grandfather’s last days, he believed “that silence was darkness, and that naming shone a light.” Yet confronted by his grandfather’s despair at remembering the nightmare of the camps, he realizes that speech is “of no use at all in the presence of the unspeakable.”

With Moonglow Chabon hasn’t stopped flying the flag of self-expression, or of boyish enthusiasm. Yet at fifty-three he’s also arrived at something like reflective middle age, and for the first time seems aware of the weight of time. Reflection suits him. Moonglow may not be his greatest achievement to date. But it’s the craftiest, the closest to the bone, and the most deliberately, excitingly precarious—as vulnerable and hopeful as the grandfather’s moon base or Mike’s many-storied house of cards.