The wealth of nation: a superhero movie meets black utopia. 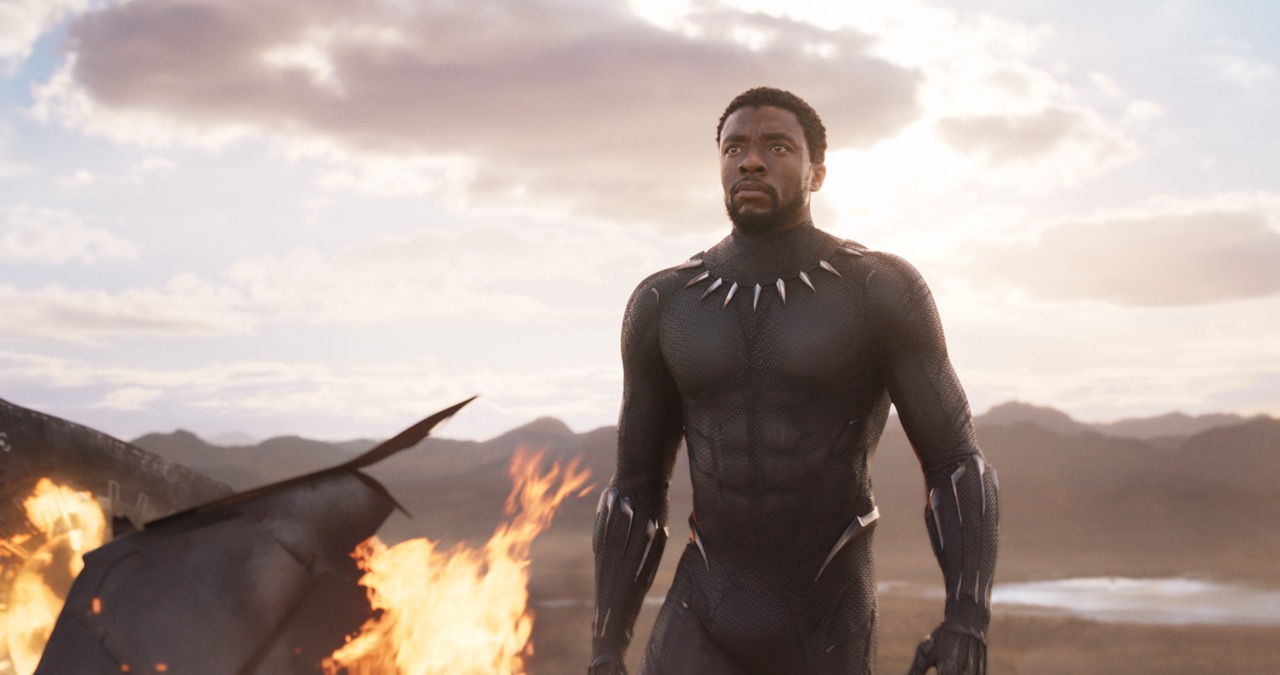 Black Panther—the new release from director Ryan Coogler—shares the simple but intriguing idea found in most superhero films: lineage. Not just the lineage in the movie’s narrative, but the lineage in the mind of the viewer as well—if that viewer belongs to a specific generation, one who grew up immersed in black films of the 1990s and early 2000s. There is an abundance of on-screen black talent here: Angela Bassett and Forest Whitaker for the nostalgic; Michael B. Jordan, an actor we’ve watched develop from his time as a young child on television to a blockbuster star; and an array of exciting, lesser-known performers, varying in age—from forty-year-old Danai Gurira to twenty-four-year-old Letitia Wright. 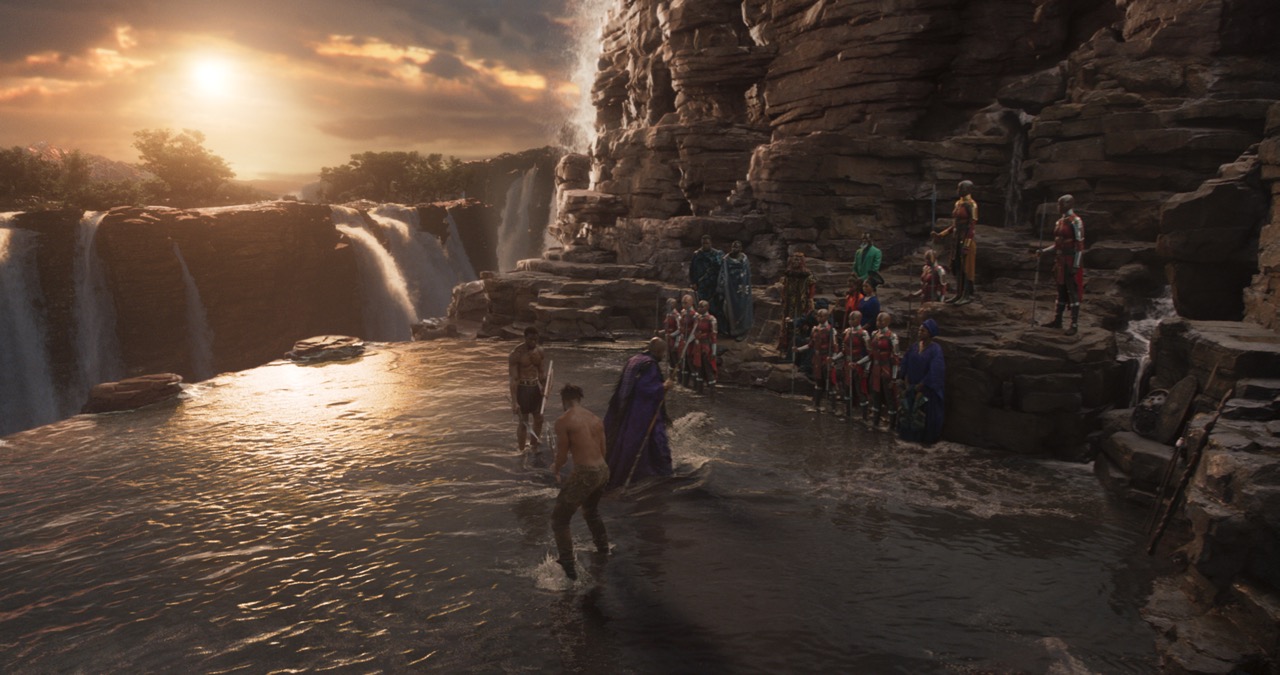 But on the screen, the story is about lineage in the way that a superhero story is frequently about lineage. Our heroes are often forged in the fires of tragedy, and the Black Panther, T’Challa, is no different. Played by Chadwick Boseman, T’Challa is grappling with his station as the new ruler of his home nation, Wakanda, a position he was thrust into immediately after the death of his father (in a scene that was first played out in the 2016 film Captain America: Civil War). In Black Panther, Wakanda—a present-day African nation—is largely at peace. Due to a wealth of the metal vibranium, first delivered to Earth by a meteorite ten thousand years ago, the country is both financially rich and technologically more advanced than any other country in the world. The film’s tension revolves around what Wakanda’s duty is with the wealth it has, and whether or not T’Challa is the right king to lead it into the future. T’Challa is kind and thoughtful—good at heart. As his father tells him in a dream sequence with the sky colored a rich blue and purple: it is difficult for a good man to be king. At odds with this is the more violent revolutionary, Erik Killmonger (played by Jordan), a Wakandan who grew up in America. Killmonger’s goal is worldwide black liberation, using the weaponry and technology of Wakanda as a tool.

In the run-up to the release of Black Panther, there was much made about whether the film itself would be such a profound artistic statement that it would lead to the liberation of black people across the diaspora—or if it would simply be a superhero movie.

With little middle ground to traverse in the pre-release hype, it seemed as if these were our only options. Which is unfortunate because Black Panther is so rich with nuance. Yes, T’Challa is a bit overburdened with superhero cliché: dead parent, agonizing conflict between That Which Is Righteous and That Which Must Be Done to Protect, a clash that is equal parts inspiring and unspectacular. But Black Panther works well because it doesn’t ask its hero to be the most interesting character. A strength of Boseman’s comes into play here. An actor with a seemingly endless row of biopics under his belt (he’s played Jackie Robinson in 42, James Brown in Get On Up, and Thurgood Marshall in Marshall), he flourishes because he is immensely skilled and malleable, but with a presence that does not upstage everyone else on screen. In Black Panther, there are several heroes beyond the title character, most of them the black women who keep Wakanda safe and thriving—these include Gurira’s Okoye, head of the Wakandan special forces who act as T’Challa’s bodyguards, and Wright’s Shuri, T’Challa’s younger sister and Wakanda’s princess, who oversees the country’s technological advances and protects her brother by building the suit that acts as Black Panther’s armor. 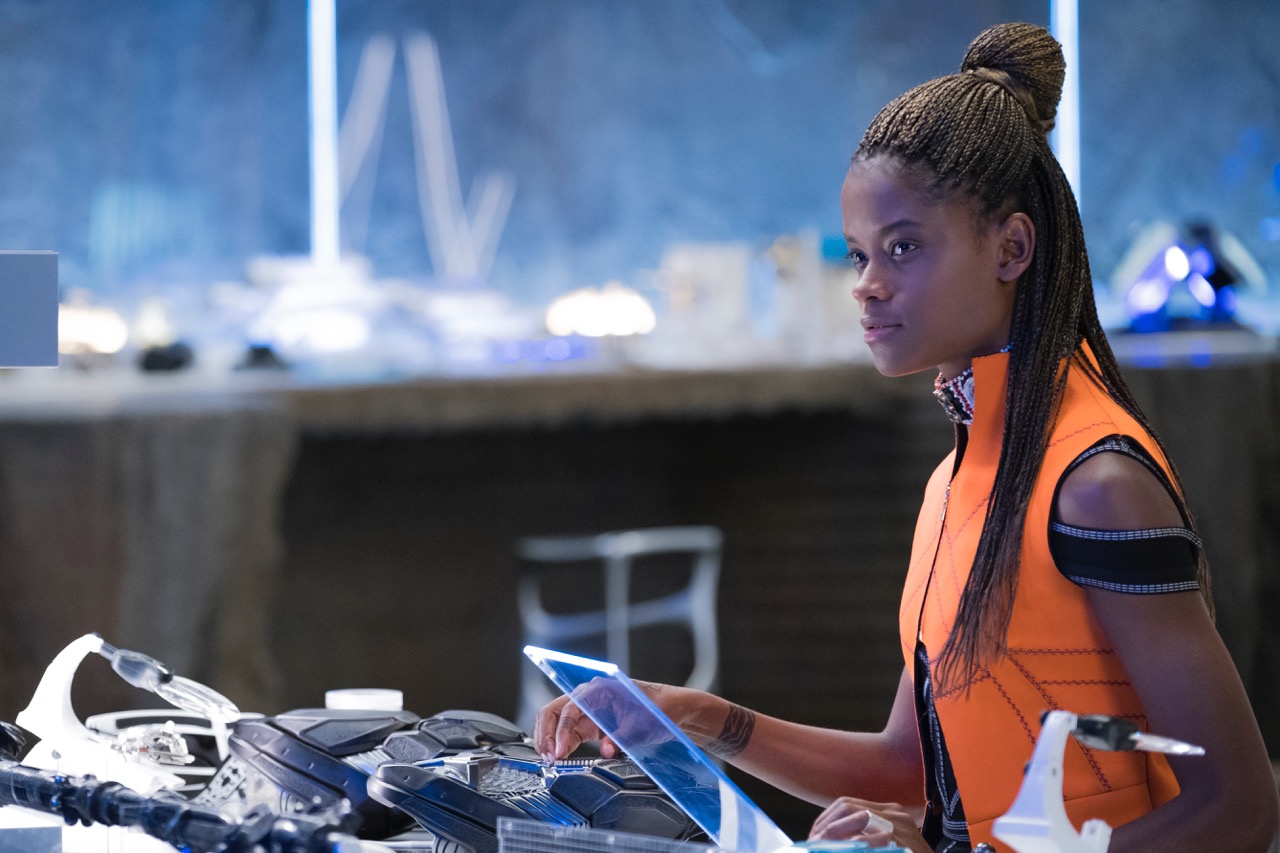 There are several things that Coogler can hang his hat on early in his directorial career, but the Ryan Coogler fight scene is almost a character unto itself. As we saw in his stunning work in the Rocky franchise reboot Creed, the fight scene through his eyes is almost an act of intimacy. It isn’t tender, but the violence is nearly perfunctory. The fights in Black Panther are romantically choreographed tornadoes of limbs. There is little blood, little violence that is truly jarring to take in. His fight scene is a type of mercy in this way: less about pain being inflicted and more about the movement of two (or more) bodies in harmony with each other’s shared desire to survive.

I have been thinking a lot about black utopias lately. I have especially been thinking about the balance of any utopia for black people, how it would need to rely on both visibility and anonymity to succeed. If I have found my small slice of black heaven, and I want other black people to make their way to it, how do I share the good gospel without inviting the unwanted gaze and influence of cultures that might not have the best interest of my utopia in mind. Black Panther is a movie about this, more than anything else. Wakanda thrives because of what it can hide from the world outside it, even if the world outside it is suffering.

In the old days, the villains in movies wore black, and then the villains in movies were black, and in this movie, the villain is also black—Killmonger, who is a villain in name only. Most villains in the Marvel universe function as Killmonger does: they have a higher purpose, which they believe is righteous and not entirely disparate from the hero’s mission. Sometimes, the only difference between a hero and a villain is the difference between being unafraid to die versus being unafraid to kill. 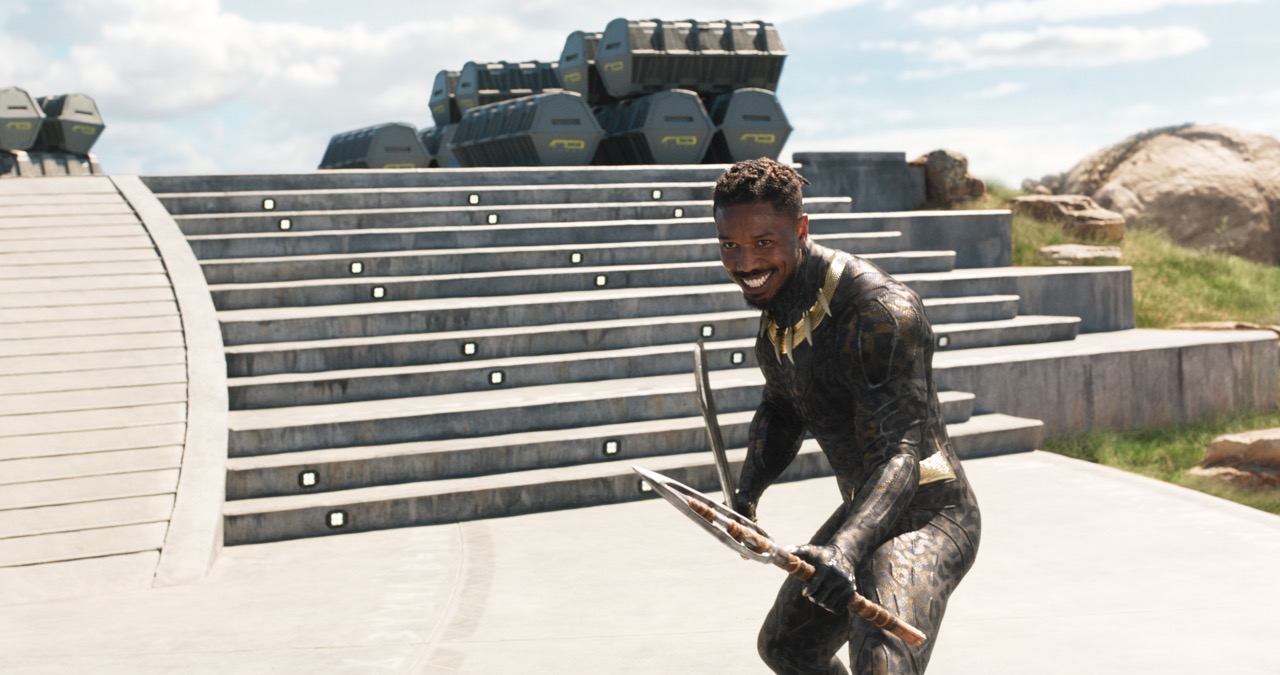 Killmonger doesn’t see himself as a villain. His ultimate goal is global black liberation. His means to arrive at that can be seen as questionable, sure. But unlike Wakandans, Killmonger grew up in Oakland. He fought wars. He saw the global oppression of black people as something to be uprooted violently, and Wakanda as a tool for the liberation of all black people. And of course all my skinfolk ain’t my kinfolk, but it is difficult to imagine Killmonger as a true villain, even in the Marvel universe of villains. He is a villain because his means are awful, and he is relentless in pursuing his goal, wanting to overthrow T’Challa. But not for the sake of ruling. He wants to rule in order to free a world he thinks is oppressed, one suffering in a way he feels he can change. He’s the evil that the perfect storm of neglect and oppression created.

This expansiveness is what is most thrilling about Black Panther: the film gives all of its black characters the space to be several things at once. To be both king and failure. Villain and revolutionary. Genius and warrior. Black Panther is asking us to consider the vastness of a black utopia. Where my people are my people and sometimes not. Where we want to root for everybody black, but have seen enough to know better, and that’s fine too. Where the desire to stay free is sometimes at odds with the desire to get everyone free, and we will fight each other until the end over the space in between those two ideals, but on a battlefield of our own making, like no one is watching except all of the people we know as ours.