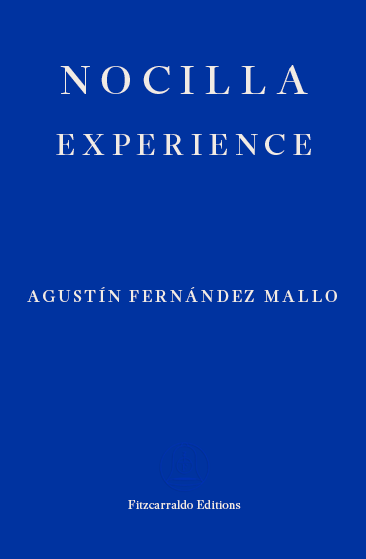 The ongoing translation into English of Agustín Fernández Mallo’s Nocilla Project is giving new life to this trilogy of novels, which sent shock waves through the Spanish literary scene of the second half of the last decade. With the 2006 release of Nocilla Dream, Fernández Mallo, a physicist who at that point had only published a few small-circulation collections of poetry, injected an anesthetized literary panorama with a new and savage energy. The novel sold several thousand copies in just a few months, and in the process the book—and its companion volumes, Nocilla Experience (2008) and Nocilla Lab (2009)—unexpectedly came to occupy the center of aesthetic debates, inspiring an entire generation of authors.

If the trilogy broadened Spain’s literary horizons, it did so by extending the inquiries that its author had already been pursuing in the realm of poetry. Or, to use his phrase, post-poetry.

“Post-poetic poetry shows itself to be a ‘method without a method,’ not as a doctrine”: Fernández Mallo’s words, taken from an earlier volume, accurately define the logic of the Nocilla Project. Each novel follows its own structural and conceptual rules, but together they share a set of common reference points. If we think of each book as a pentagon, at each of its vertices we would find one of these references: experimental literature (exemplified by Borges and Cortázar); contemporary art (especially Robert Smithson); science and technology (particularly physics and information science); audiovisual culture (cinema and television); and the codes of the social sciences (urbanism, anthropology, consumer society). Several of these five domains intersect brilliantly in novels by Italo Calvino, Michel Houellebecq, and César Aira—to name just three authors who share characteristics with Fernández Mallo. However, it is uncommon to find all five of them together. Perhaps in Ballard? Maybe, but Fernández Mallo is a poet, and that fact pulses conspicuously throughout his narratives. In his books, elements of all five areas meld into a lyric rhythm that holds no respect for traditional categories but does, however, trust blindly in the essence of metaphor: stunning, unexpected connections.

Nocilla Dream alternates between quotations borrowed from all manner of sources and other short forms: micro-essays, micro-plots, flashes of narrative, and fragmentary stories articulated together as a rhizomatic structure. In the center of this fictional universe stands a real tree located in the middle of a desert in Nevada. Sneakers dangle from its branches, thrown there by travelers as desperate tributes, offerings of their nomadic crossings. Radiating outward from this hybrid of nature and sportswear, and spanning both incredible micro-nations and real countries, is a map of the world that several characters in Fernández Mallo’s novel construct through their singular narratives. In this, he shares with certain contemporary Spanish-language writers—Roberto Bolaño, for example, or Martín Caparrós—an obsession with narrating a globalized world.

Nocilla Experience also leaves something behind: the tradition of writers from Spain limiting themselves to their own territory. The novel integrates places like London, Saigon, and Russia into a cartography where its fictional beings move through the air, in planes, and, in cars, over infinite highways with the same liberty of Don Quixote and Sancho walking the dusty roads of the old country. If post-poetry can be found in elements like the árbol pop of Nocilla Dream, it appears in equally suggestive and unexpected passages in Nocilla Experience—in, for example, the book’s epilogue. Just when you have gotten used to reading quotations or reflections on music or information science or Rossellini’s Journey to Italy, right there among stories of the most extravagant men and women, all of it very contemporary, suddenly there begin to appear little capsules of Japanese wisdom: “The way of the samurai is found in death” is one. The effect is jarring. And that is because this method has no method. It is wildly random. It is exactly the contrary of the discipline of the warrior.

Though one of the characters in Nocilla Dream creates a personal monument to Borges in a Las Vegas hotel, and another in Nocilla Experience comes up with an alternative to Cortázar’s Hopscotch, it is rather Walter Benjamin who perhaps most inspires the general framework of these two novels. Seven decades after his death, Benjamin’s use of textual collage and montage in his unfinished Arcades Project and his brilliant One-Way Street (1928) still makes us think about channel surfing in new ways. Fernández Mallo’s novels, however, understand this act as a by-now classic reading strategy, something assumed by any reader. Indeed, by as early as the 1980s, channel surfing had become the norm. Fernández Mallo occupies something of a similar position in the Spanish literary sphere as David Foster Wallace in terms of their shared insistence on the naturalization of the screen as an interface for the reception of reality. But when, in 1993, Wallace reflected on the subject, he forgot to mention that when the writers of his and subsequent generations “spied” on reality via TV, they did so in a discontinuous manner. The term “channel surfing,” in fact, doesn’t appear in his essay. That’s why Fernández Mallo’s work more justly resembles Ballard’s The Atrocity Exhibition (1970), which employed an adapted version of William Burroughs’s cut-up technique. Fernández Mallo began work on his project during the twenty-five days he lay in a hotel in Thailand, motionless in a bed because of an accident. He could only surf channels whose programs were in a language he couldn’t understand and write on whatever paper he could find, from full sheets to the backs of receipts. Indeed, though it seems untrue, this project—which in the history of Spanish literature is one of the most fascinated by technology—was, in the beginning, written by hand.

Also key is Fernández Mallo’s choice of the term “project” to describe his trilogy. Nocilla Project is the label that spans the three books. The art critic and philosopher Boris Groys has considered the importance of this concept in today’s art and society—its open nature, its provisional disposition, its anti-monumental vocation. Fernández Mallo’s “method without a method” is opposed to closed poetics, recognizable style, literary literature. His entire oeuvre is one long investigation guided by intuition and continual searching. Art, for him, cannot be limited to known territories: it must be, instead, a constant inquiry into adjacent territories, infra-realities, voyages, archaeologies. With the tools of a scientist and the nose of a poet, he dissects the materials he finds anywhere and everywhere (libraries and garbage dumps, real cities and virtual realities, audiovisual archives and personal memories) to construct, from these fragments, thoughts, and classifications, collages that could only be the fruit of illogic, dreams, accidents. Fernández Mallo’s world might resonate with those of other writers of the past few decades, but his gaze—the poetic connections it discovers between, for example, mysticism and sparkling water—is without peer.

Jorge Carrión has a PhD in Humanities from the Pompeu Fabra University, Barcelona, and manages the Master’s in Creative Writing program at the same institution. He is the author of a tetralogy of fiction (Los muertos, Los huérfanos, Los turistas, and Los difuntos) and is also the author of various nonfiction books, such as Australia: Un viaje, Teleshakespeare, and Librerías (recently published in English as Bookshops). His work has been translated into Chinese, Portuguese, Italian, German, French, Korean, Polish, and English.