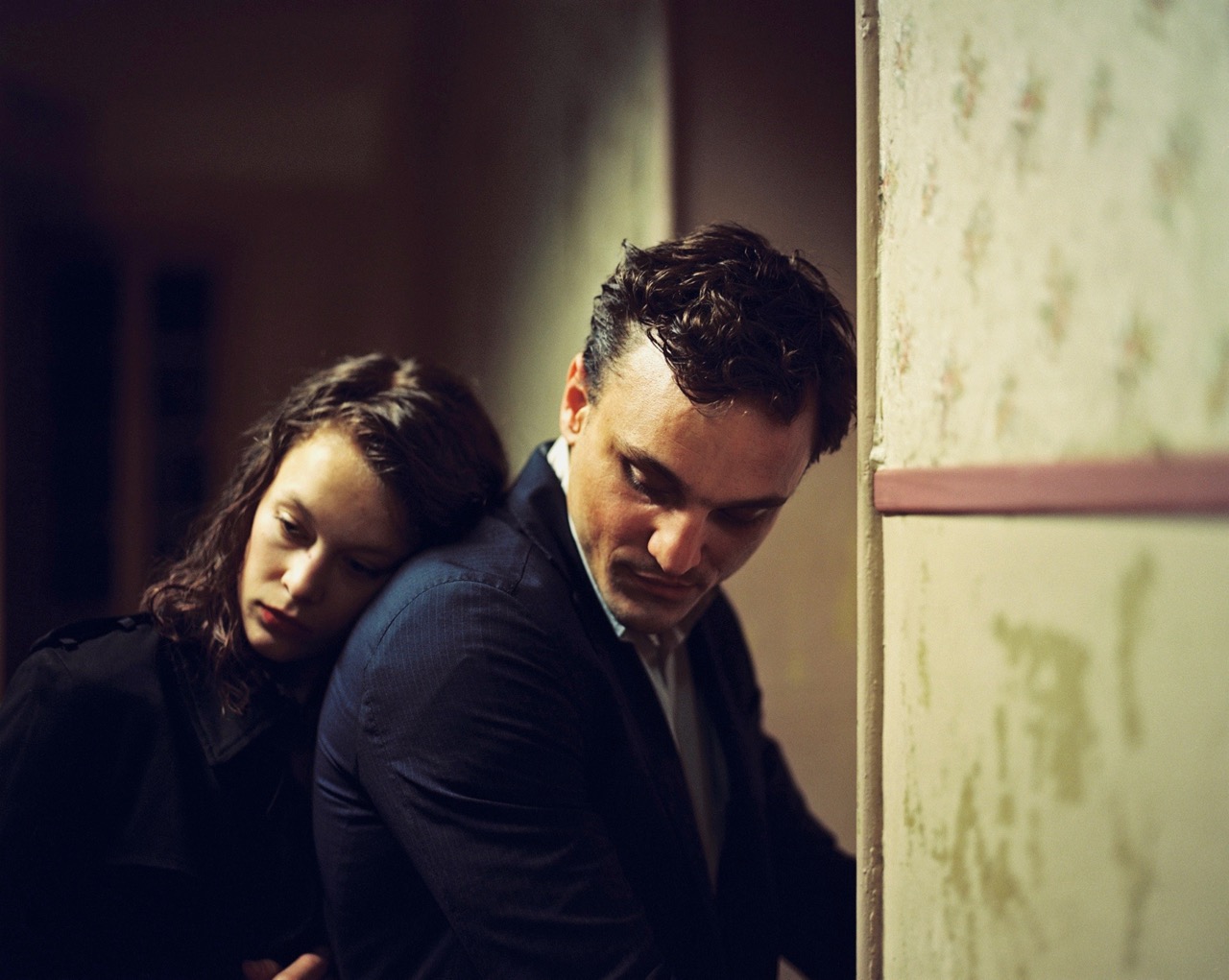 The title Transit implies movement, passage, change. In Anna Seghers’s 1944 novel, on which Christian Petzold’s seductively strange new film is based, a “transit visa” is defined as a document “that gives you permission to travel through a country with the stipulation that you don’t plan to stay.” There is a certain Kafkaesque illogic to this, a piece of paper you need to stay in a place that you’re trying to leave. It is, in the knotty language of immigration and border control, a document that designates one as undocumented, a means for the state to bear down on the stateless.

The waiting room, the checkpoint, the detention center, the concentration camp: these are the nightmarish settings of Kafka’s bureaucratic allegories. For Seghers—a Jewish Communist who fled Germany via France during the 1940 occupation, like the protagonist of her novel—they were very real spaces, as well. For Seghers’s friend Walter Benjamin, the fear of these spaces and the despair over his migratory limbo were too much: he took his own life with a lethal dose of morphine pills in Portbou, a small town on the Catalonian coast, as Seghers was trying to make her way out of Marseille to Mexico. 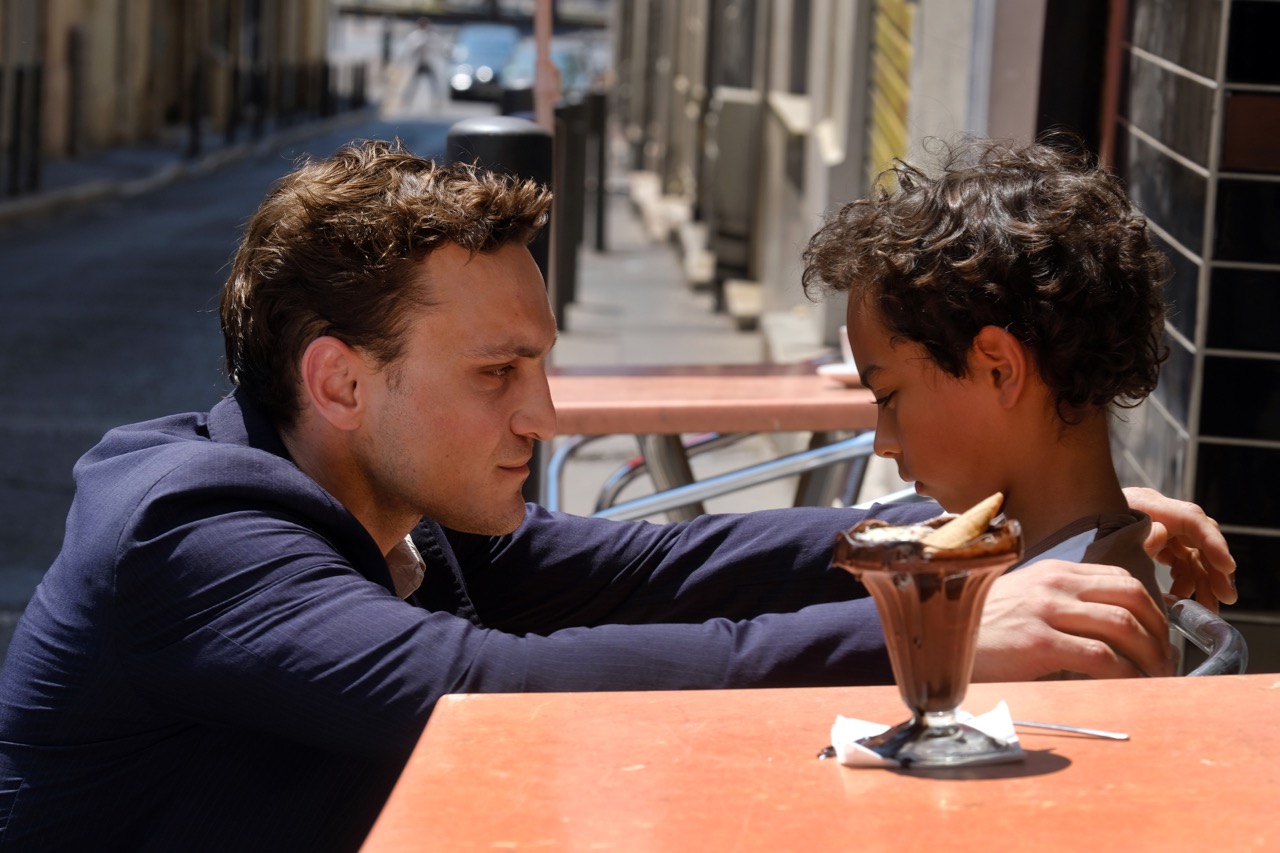 Some of these biographical elements weave through Seghers’s novel and Petzold’s largely faithful adaptation. In both, the protagonist—anonymous in the book, dubbed Georg in the film—is tasked, by chance, with conveying the personal effects of the suicided German writer Weidel from Paris to Marseille, where his estranged widow, Marie, awaits him. Among Weidel’s possessions are a just-finished novel and a letter from the Mexican consulate inviting him to emigrate. Once in Marseille, the protagonist/Georg—avoiding the authorities; subsisting on cheap pizza and rosé; and slowly learning the byzantine administrative culture of visas, stamps, boat schedules, and registration forms—quite passively seeks to complete his task. But before long, and almost by accident, he starts to impersonate Weidel, and also to fall in love with Marie, whose phantom-like figure he sees stalking La Canebière, the wide concourse that extends down to the old port, desperately searching for the husband she doesn’t know is dead.

In this sense, the shape of Transit becomes close to that of a double helix, in which the convoluted managerial processes of immigration become intertwined in the recursive patterns of desire. Narrative time enters a loop that seems to frustrate any notion of transit, and this is pronounced in the film by Petzold’s masterful manipulation of setting. Following Barbara (2012) and Phoenix (2014), Transit represents the third in Petzold’s informal suite of films that address Europe’s, and particularly Germany’s, past. But while plot and dialogue firmly suggest the story is set, as in Seghers’s novel, during the fall of France—with references to German armies and the camps—Petzold situates his film, at least superficially, in the present. This is a period piece with no period markers: the actors wear the costumes of 2019, rather than 1940, and the director’s typically clean, brittle realism makes no pretense of concealing twenty-first-century riot cops, fast-food restaurants, surveillance cameras, and compact cars. Even the soft orange light of Marseille takes on a weird, unpretty flatness, which nevertheless betrays a just-hidden historical residue. Petzold’s mentor and collaborator, the late essay-filmmaker Harun Farocki, to whom this film is dedicated, no doubt instilled in the director the notion that an image can be both dimensionless and layered at the same time. The often deceptively bland images of Petzold’s films have a coolly hauntological undercurrent, locating the spectral accumulations of the past behind late capitalism’s shiny façades. 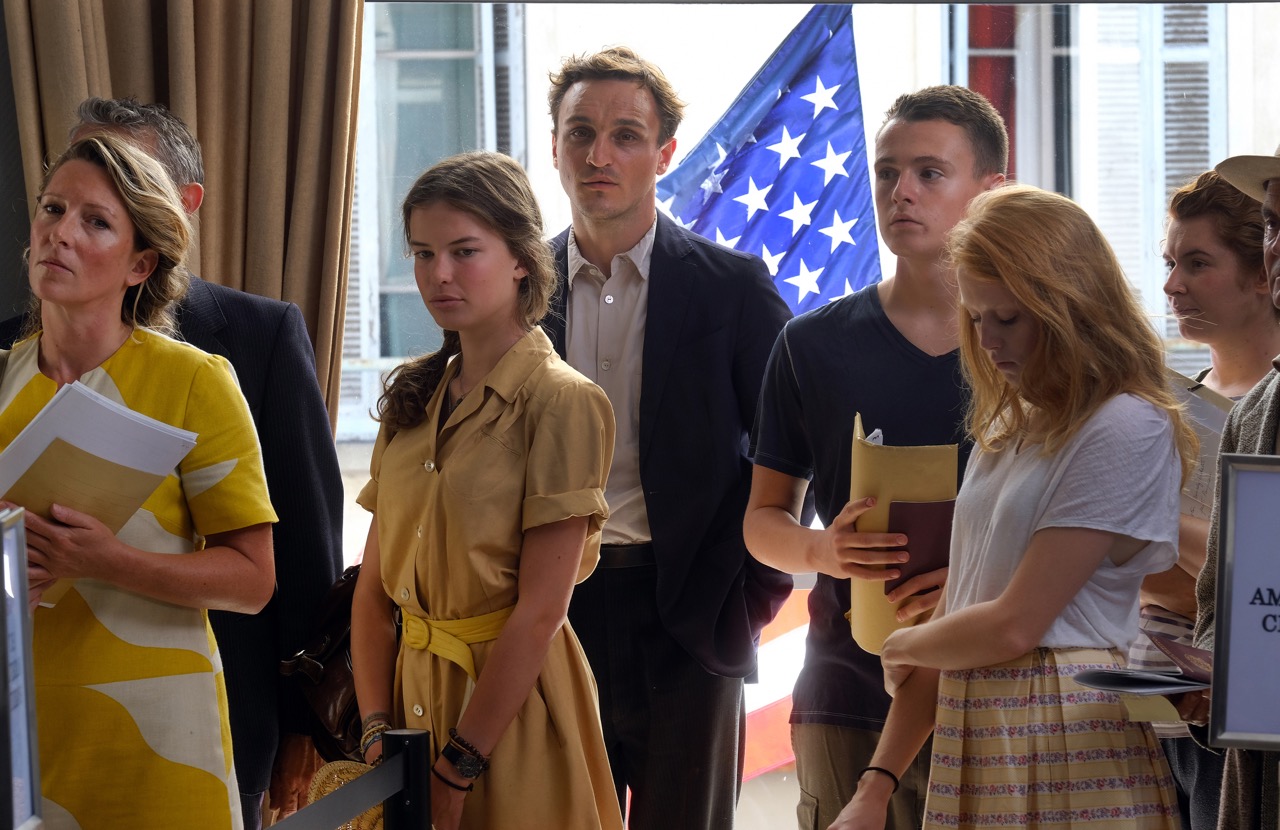 In superimposing Europe’s wartime past onto its neoliberal present, with its own refugee crisis and looming fascist threat, Petzold elegantly underscores the ways in which historical forces impinge upon, or even determine, contemporary life. Seghers’s novel, too, cultivates this feeling of being at once trapped in a precise historical moment and locked in an unceasing time-loop. In the port of Marseille, Seghers’s protagonist hears the “ancient harbor twaddle that’s existed as long as there’s been a Mediterranean Sea,” encounters a cyclopean guard at the Mexican consulate, and befriends a fellow traveler—always seen in the company of two large hounds—whom he likens to Diana the huntress. But this is a kind of anti-Odyssey, more Lynchian than Homeric, in which our hero never quite overcomes his trials, his return eternal and unending. Petzold’s anachronistic scrambling of 1940 and the present day serves a similar function, situating us in a long chronology of permanent migration, of journey without end. 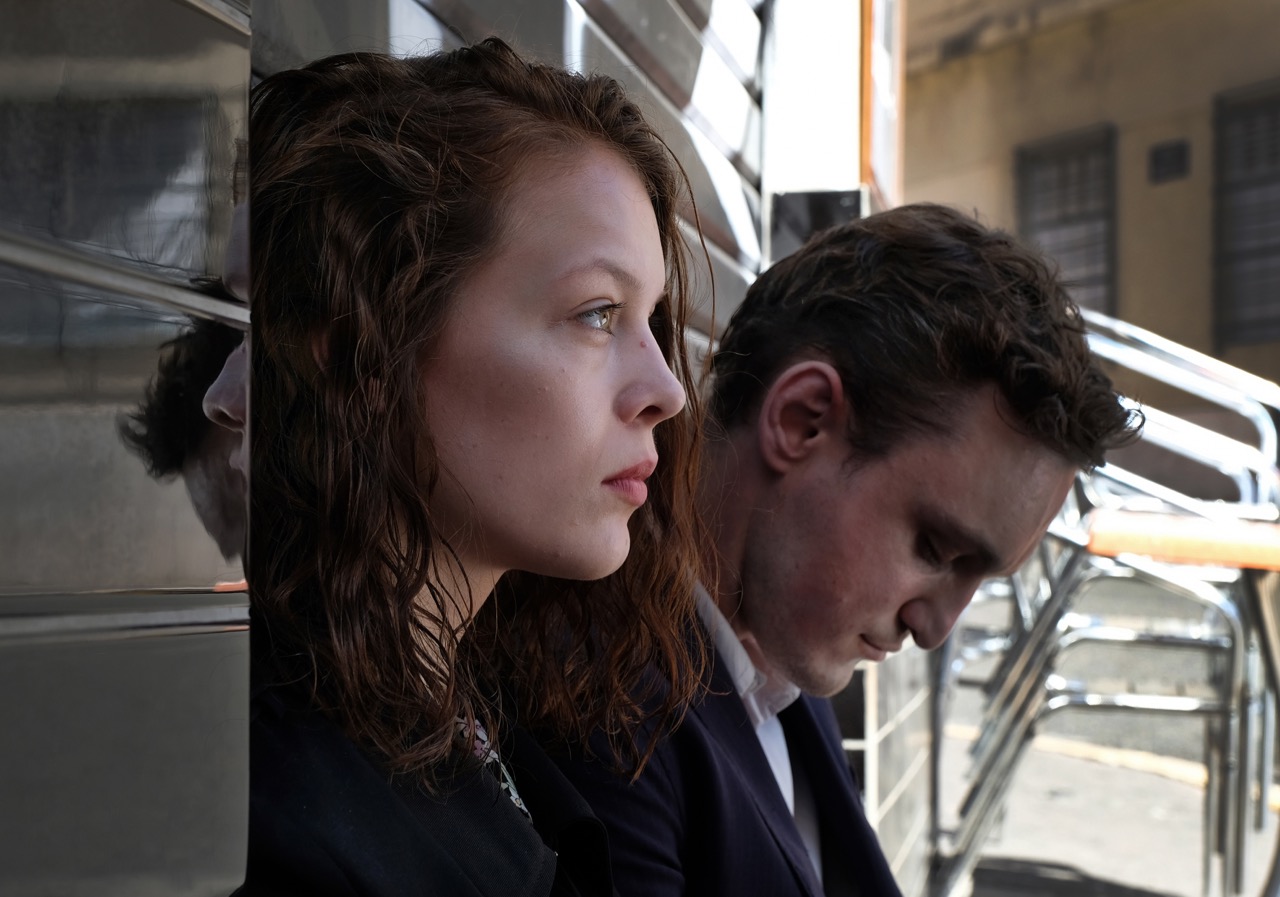 Petzold insists, however, that this story is not merely eternal or universal, but is also linked to a precise political context, and a history of image-making. Transit returns the director, once again, to one of his objects of cinephilic obsession, Hitchcock’s Vertigo, which already provided the model for his films Something to Remind Me (2001) and Phoenix. In both Vertigo and Transit, characters remake themselves or each other as part of desperate, or cunning, revisitations of the past. (Petzold’s casting in Transit curiously echoes this tendency: Paula Beer, who plays Marie, has something of the hollow cheeks and bottomless eyes of Nina Hoss, Petzold’s frequent star and Phoenix’s Madeleine/Judy/Carlotta; more oddly, Franz Rogowski, who plays Georg, bears a disconcerting resemblance to Joaquin Phoenix, down to his scarred upper lip and the gaunt hunch of his character in 2012’s The Master.) But Petzold’s Vertigo variations are governed by a more brutal, disillusioned logic than romantic obsession. In Phoenix, set amid the rubble of postwar Berlin, an unscrupulous cabaret employee seeks to re-create a woman in the image of the wife he believes dead, not out of love but in order to collect her inheritance. In Transit, too, identities, obsessions, and attachments are refashioned in order to circulate through administrative labyrinths—the personal is continually exploited for political purposes. The results are no less painful because of it, and the cynical rehearsal of the past is no more successful than the nostalgic one. 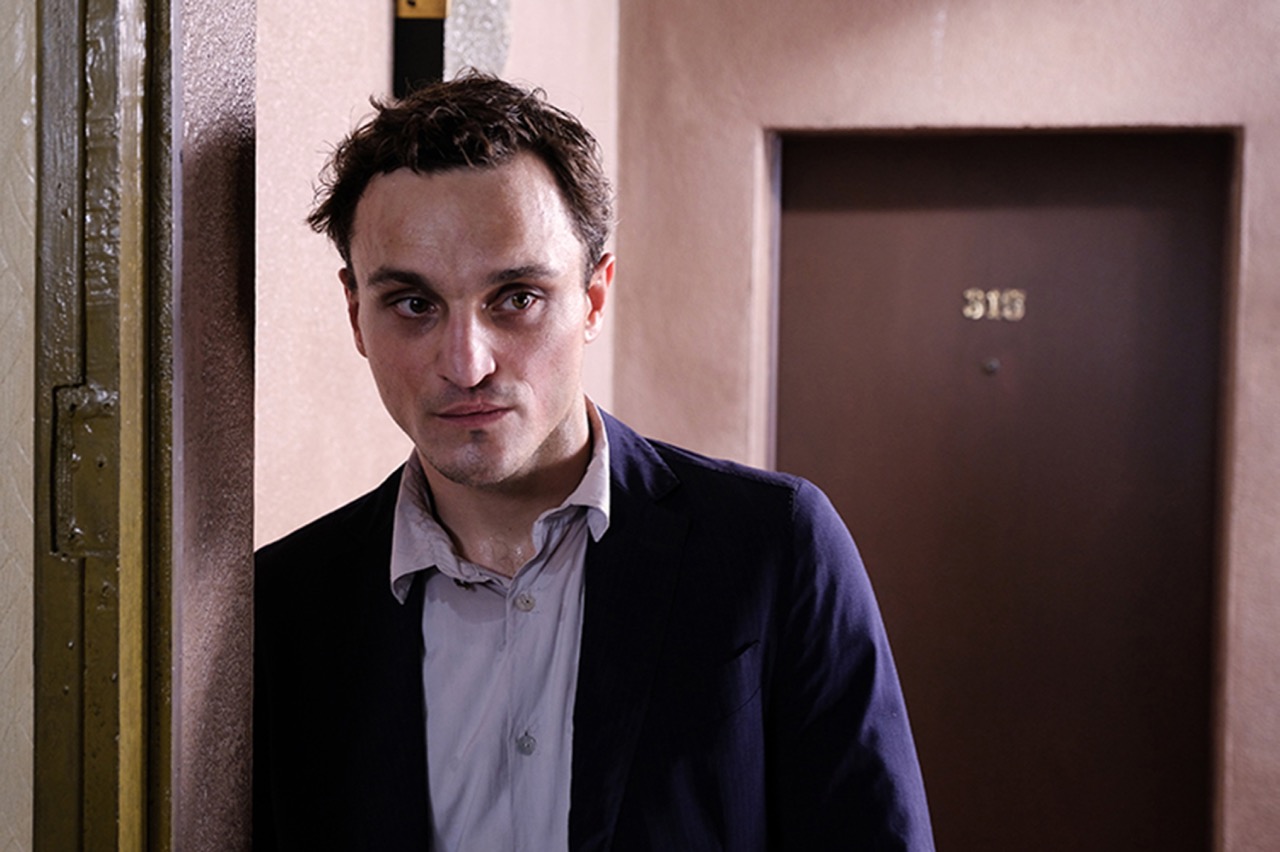 Is there, then, no way to be free of this curse, or are we doomed to an endless repetition? In this regard, the final moments of Petzold’s rather ghostly film are almost impossibly hopeful—complete with a musical cue that is deliberately, hilariously jarring. In place of a comforting resolution, the song offers an awkward jolt, an anguished plea to break free from the narrative’s—and history’s—inexorable logic of return. After all, if Transit’s obsessive permutations of doppelgängers tell us anything, it is that even when we feel most frozen in time and space, we can nonetheless become somebody else. And perhaps we already have.