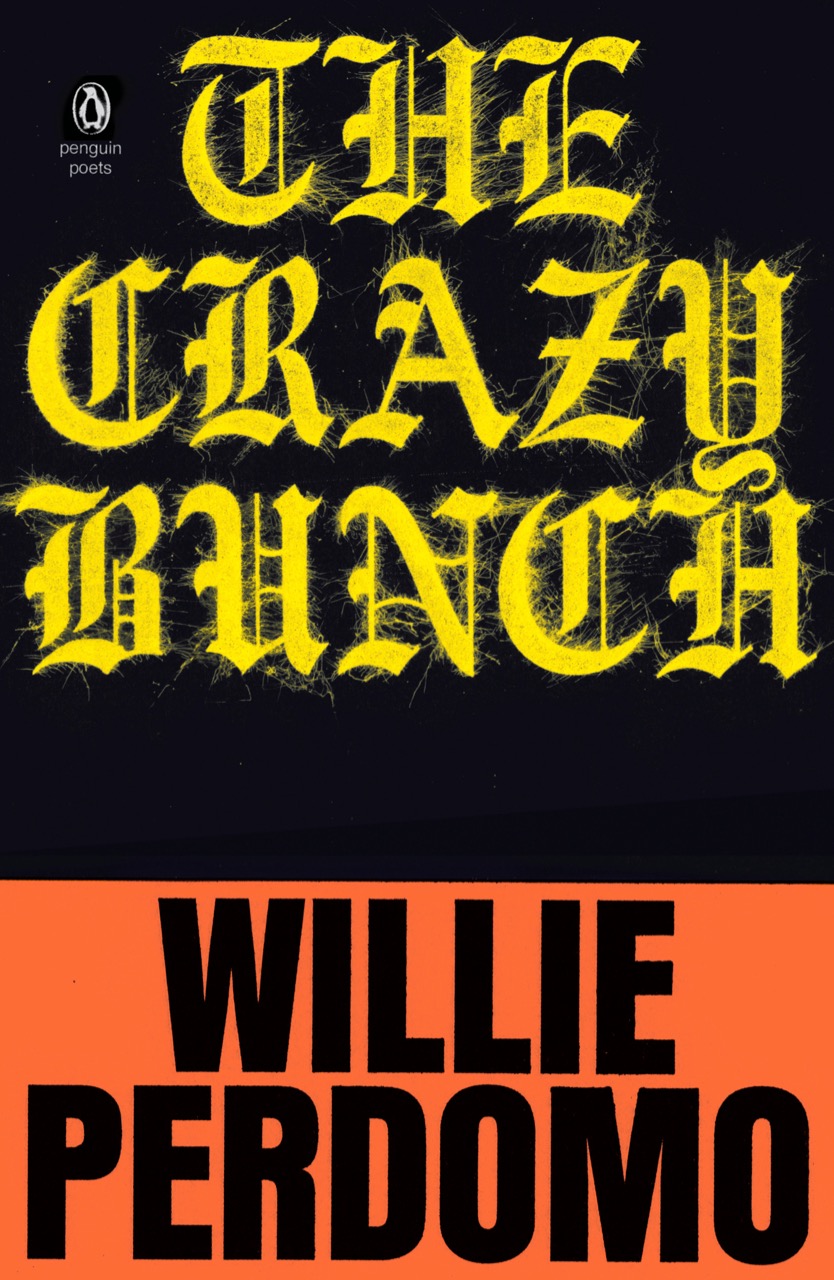 Though it permeates every corner of American popular culture (and has for years), it must not be forgotten that rap music is a relatively young genre. So young that it seems to be just now reckoning with age, or how to balance its aging stars with the genre’s obsession with youth. But this also means that people of the generation who grew up immersed in rap’s golden era are now in a position to uniquely canonize that moment. Because all of the best stories from that era are, in some ways, mythologies, it makes sense that the retellings are often rooted in personal narrative and populated with dear homies and families a reader (or listener) does not personally know, but could.

This is the spirit of Willie Perdomo’s The Crazy Bunch, a collection of poems that chronicles a single weekend among friends in East Harlem at the dawn of hip-hop. Perdomo’s last book was 2014’s The Essential Hits of Shorty Bon Bon, a richly layered suite of poems about a 1970s percussionist in Spanish Harlem. So, in some ways, The Crazy Bunch is a continuation of his interest in the untold histories writhing underneath eras.

For some of a certain time or background, hip-hop and poetry are inextricably linked. Rhythmic bedfellows, sure. When I was a young writer attempting to clumsily stack words atop one another in a way that made sense, I turned to the MCs first. Also, there is the swagger that comes with being the keeper of a narrative that is sometimes reliable, but sometimes not, tucked behind flash or lyric or flourishing imagery. In rap music, it is sometimes not what a speaker says, but how they say it. Ghostface knew this, for example. In all of his winding and sometimes seemingly nonsensical narrative frameworks, one could still marvel at his verbal dexterity and delivery, the stories always feeling like they were holding you close.

I came to rap music first eager to hear a good story, be it about a wallet left in a strange city (A Tribe Called Quest) or a fantasy someone had about fighting Mike Tyson (DJ Jazzy Jeff & the Fresh Prince). Perdomo arrives to tell a good story, teeming with surprising turns of phrase (“They say that getting shot is a scene study where all your reward circuits go blank”). Like Ghostface, Perdomo also delights in narration that is sometimes clear and sometimes not, but always charitable to a reader. I like an unreliable narrator in poems, particularly when the poems are steeped in memory, which is an imperfect engine. It feels more honest that way. To be guided through the interior of someone else’s past affections should feel like a gracious stumbling around a crowded room.

Because The Crazy Bunch consists entirely of poems recreating a single weekend of a crew, and because inside of that weekend the crew is reminiscing about a series of tragic events from a past summer, the poems are densely populated. People, geographies, and stories intertwine, and themes surface and resurface. Tactile imagery of a summer leaps out, heat and a block packed with hands that are sometimes idle and sometimes hectic. The lines within the poems are at their best when short and teeming with rhythmic bounce, like in “Bullshit Walks”:

The poems all swell with Perdomo’s natural gift of lyricism, where the language is serving sound first, and the sound serves the overall body of the poem. The poems here dance between vignettes—short sketches of a time and place—and dialogue, in a series throughout the book called “The Poetry Cops,” where police interrogate members of the crew. And even in this dialogue between two voices, there is a beautiful pulse and surprise to the language. To consider the book as a golden-era rap album, these pieces read like the old clips from movies that would pop up right before songs on Wu-Tang albums.

COPS: Nestor, Petey on Friday. Dre on Saturday. That’s a lot of bodies.
PAPO: That was a jackpot, a weekend trifecta, a straight number hit.
COPS: Did Dre ever say anything about suicide?
PAPO: Nigga couldn’t kill himself right, man.

The Crazy Bunch is as much a novel as a collection of poems. A book in the same way that a good album, or even a good song, can be a book, depending on how engaged the speaker is. It is one thing to zoom out and touch on the aesthetics of old-school: wildstyle, battles, the 1s and 2s. That’s all here. But underneath those familiar touches, a gentle lens is used that lets a reader feel love for this crew and their memories. Nestor, who ran home to East Harlem humming a Lisa Lisa song, Angel who was later the first to set eyes on Nestor’s dead body.

What I increasingly worry about with hip-hop and its constant mutations and commodification—and particularly how those things are happening in the internet era—is that the tales of its earliest days will end up lost, obscured, or not as revered as those of the birth of many other genres. Music is made and consumed at a more rapid pace now, which doesn’t always let the critic give full and historical context. There’s a fight to not lose the idea of lineage, of where the music came from, and who it impacted at its outset. So much of rap’s early story is rooted in a type of simplistic magic of reporting and mythology. The Crazy Bunch reaches into all that and pulls out a narrative that recaptures the way rap music’s first breathing moments held the people swept up in them. A story about rap is also distinctly a story about friendship, what with all of the rap crews spilling out of neighborhoods and boroughs. A story about rap is also one about loss, or about the people who didn’t make it, and the people who did. The Crazy Bunch manages to carry all of these things at once and give them equal weight. The poem before the final “Poetry Cops” piece that ends the book is “Ghost Face,” which concludes with the lines:

And what if you faded into the blackness of black, / who would be there to say Try me. / You definitely know the answer, / but you can’t be the first to say you saw something, / otherwise you’ll be the first to get asked.

And with that, there is no resolution. All of the best poetry books don’t stretch to resolve themselves at the end. They lift another curtain, and behind it rests more questions.