Techno pets and techno dread in a novel by Samanta Schweblin. 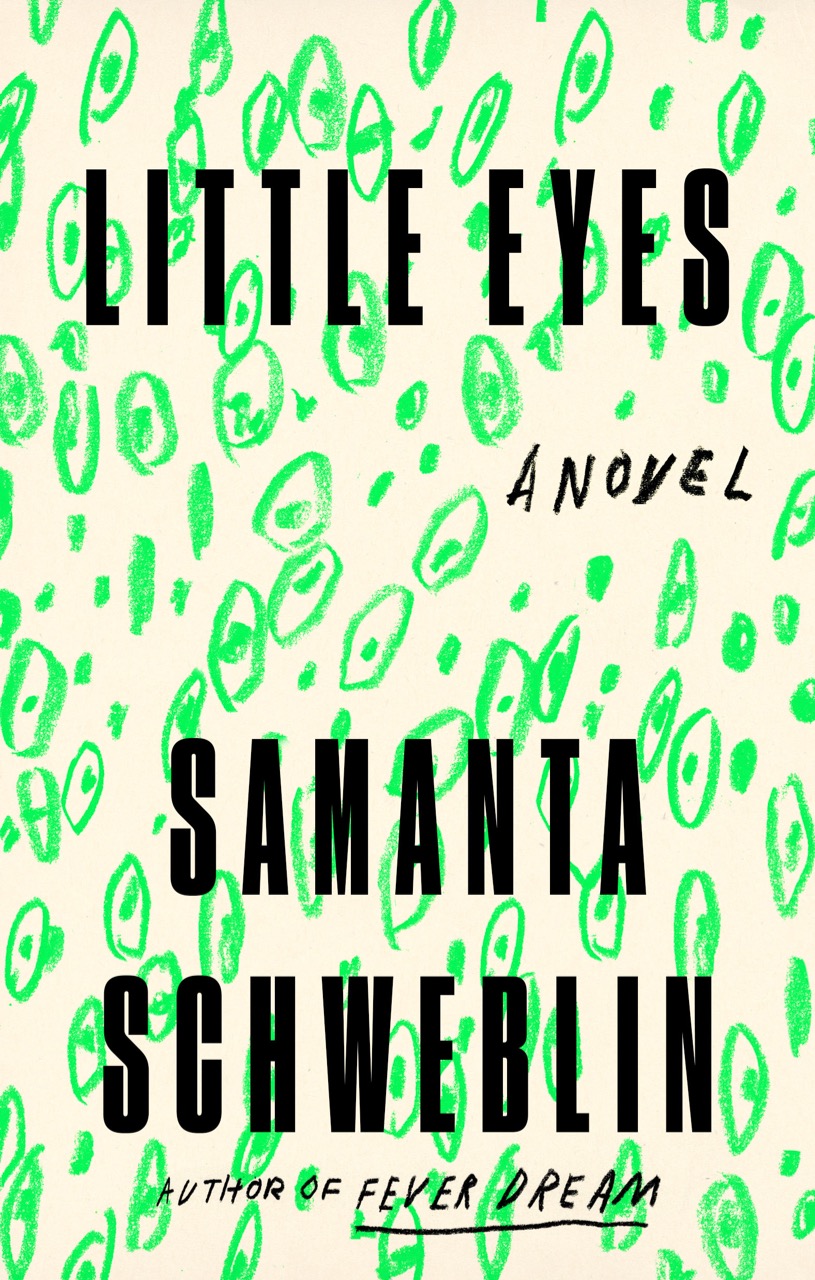 When E. M. Forster urged us to only connect, he was trying to warn us. He thought modernity and urbanity had nothing to do with meaningful human communion. There’s a delicious irony in how Forster’s entreaty—both epigraph and main idea for Howards End—sounds like a slogan for some workplace productivity tool. Connect belongs to the professional lonely hearts on LinkedIn, and makes me picture that rippled pictograph for Wi-Fi; it’s the verb of the internet, and of our time.

You can hear a whisper of connect, I think, in “kentuki,” an invented and inventive moniker: it sounds vaguely Japanese, and like something you could buy in the App Store right now. Despite being inanimate, these gadgets are almost the protagonists of Little Eyes, a 2018 novel by the Argentine author Samanta Schweblin, which has just appeared in English, in a translation by Megan McDowell.

“The kentuki was nothing more than a cross between a mobile stuffed animal and a cell phone,” explains Alina, who impulse buys one in downtown Oaxaca (“walking among so many things she didn’t need”). The kentuki might assume the form of a mole, or a rabbit, or a dragon. It’s $279—not too steep for a companionable robot able to roll around your apartment. Truly, though, the kentuki is the nexus between two strangers: the keeper, for whom it is some hybrid of pet and device, and the dweller, a stranger chosen at random to live vicariously through it. Mechanized eyes let the dweller watch what the keeper is up to; an inexplicable technology lets them listen in on even foreign tongues.

The bond between keeper and dweller is confounding. Algorithmic magic makes random but binding matches. Each machine can only comprehend one person’s voice, so you can’t pass it on to someone else as you might an unwanted kitten. A dweller, dissatisfied with where destiny has landed them, is not supposed to hand off control to anyone else. If you let a kentuki’s battery wind down, the connection will expire and can never be reestablished.

Is the love of an owner for their kentuki transference, misplaced affection for the stranger linked to it? Is the vigil kept by the one who inhabits the kentuki voyeuristic thrill or real emotion? “If being anonymous online was the maximum freedom for any user—and, what’s more, almost impossible—how would it feel, then, to be an anonymous actor in someone else’s life?” While imaginative, the technology is just authorial device, a shortcut to the subject of human nature.

This is a lot to bite off, so Little Eyes is not a single narrative, but a collection of testimonies. There are a few central storylines—a teen in Antigua finds liberation in a kentuki in Norway; a woman in Peru frets over a younger woman in Germany as a mother might. These are punctuated by vignettes: a trio of girls bare their breasts for their kentuki and, communicating via Ouija board, its dweller proceeds to blackmail them; a mother and her young children are attacked by theirs, moments after switching it on for the first time.

These tales are effective in precisely the way an episode of The Twilight Zone can be: that indicting sense of dread, the simplistic morality. There’s a feeling of recognition (why, this is just the world we live in now!) and some readerly smugness (I’d never show my tits to a kentuki!). Little Eyes is a work of satire that becomes a work of horror. The dread is genuine, and perhaps its suspicion of people warranted. But despite a clever premise the whole feels superficial, an already familiar notion, that technology is not to be trusted.

I’m probably obligated to say Little Eyes’s closer relative is the Twilight Zone descendant Black Mirror, a deeply silly anthology of fables meant to dramatize the dark potential of all our devices. If that show wags its finger at us (never mind the irony that you’re watching it courtesy of technology itself), Schweblin wants to push deeper, the kentuki the fulcrum for stories about power, trust, sex, and love.

A divorced dad in Italy tells his kentuki’s operator his telephone number, but the dweller does not ring him. “Enzo couldn’t understand why he himself was so mad about it, though. Why he felt disappointed and offended by a snub from a gadget less than a foot tall.” Later we learn the dweller might be a pedophile, intent on spying on the man’s son. It’s creepy, but it’s also just an update on To Catch a Predator (perverts lurk in the computer!), which itself updated the idea of the missing kid on the milk carton (it’s a scary world!). This relies on our primal fear of the child in peril more than actual storytelling.

Schweblin’s 2014 novel Fever Dream is an elusive fiction about maternal love and environmental collapse (nominated for the Man Booker International, it appeared in an English translation, also by McDowell, in 2017). So elliptical it’s hard to make sense of, it’s nevertheless one of the most frightening novels I’ve ever encountered. Little Eyes yields to its reader far more readily, but is less engaged in the development of character than in the construction of a scenario with an easy moral.

I delighted at some of those constructions. A man in Beijing dwells in a kentuki in Lyon, where he falls in love not with his keeper, but another kentuki, whose dweller is in Taiwan. It’s odd, and sweet, and somehow credible. But we already know that technology might foster human romance, and there’s not much here beyond a story, charmingly told. Little Eyes is a succession of clever tales, though not exactly itself a successful novel.

Mostly, throughout I felt the author laboring to lob one back at Forster. Only connect? Be careful what you wish for! The book’s final line tries to land a punch: “For the first time she wondered, with a fear that threatened to break her, whether she was standing on a world that it was ever possible to escape.” I wasn’t terrified, but I was unsettled. Nevertheless, I finished the book, put it on my bedside table, and picked up my iPhone.