A true star, of any vintage, can make the small seem grand. In her first major screen role, Daniela Vega, who plays Marina Vidal, the beleaguered central character in Chilean director Sebastián Lelio’s A Fantastic Woman, elevates even the most mundane action—petting a dog, lifting an arm to activate a motion-sensor hallway light—into a gesture of minor majesty. With every pause or look, the actress ennobles an unsteady melodrama.

Marina, like Vega, is a trans woman, and, when we first see her, instantly bears out the description in the title, a direct translation of the original Una Mujer Fantástica. (Or at least one denotation; the film’s name will later prove to be feebly punning.) She dazzles, singing the salsa classic “Periódico De Ayer” at what appears to be a one-off gig at an upscale hotel while her boyfriend, Orlando (Francisco Reyes), looks on besottedly. They are an age- and class-discordant couple. He is fifty-seven, at least twenty-five years Marina’s senior, and owns his own textile company; she earns her living as a waitress. (The opera lessons she takes convey the scope of her ambitions.) Yet the tenderness and lust they display over the course of an evening spent celebrating Marina’s birthday—at a favorite Chinese restaurant, on a dance floor, against a wall in Orlando’s elegant Santiago apartment—suggest an enviable match. 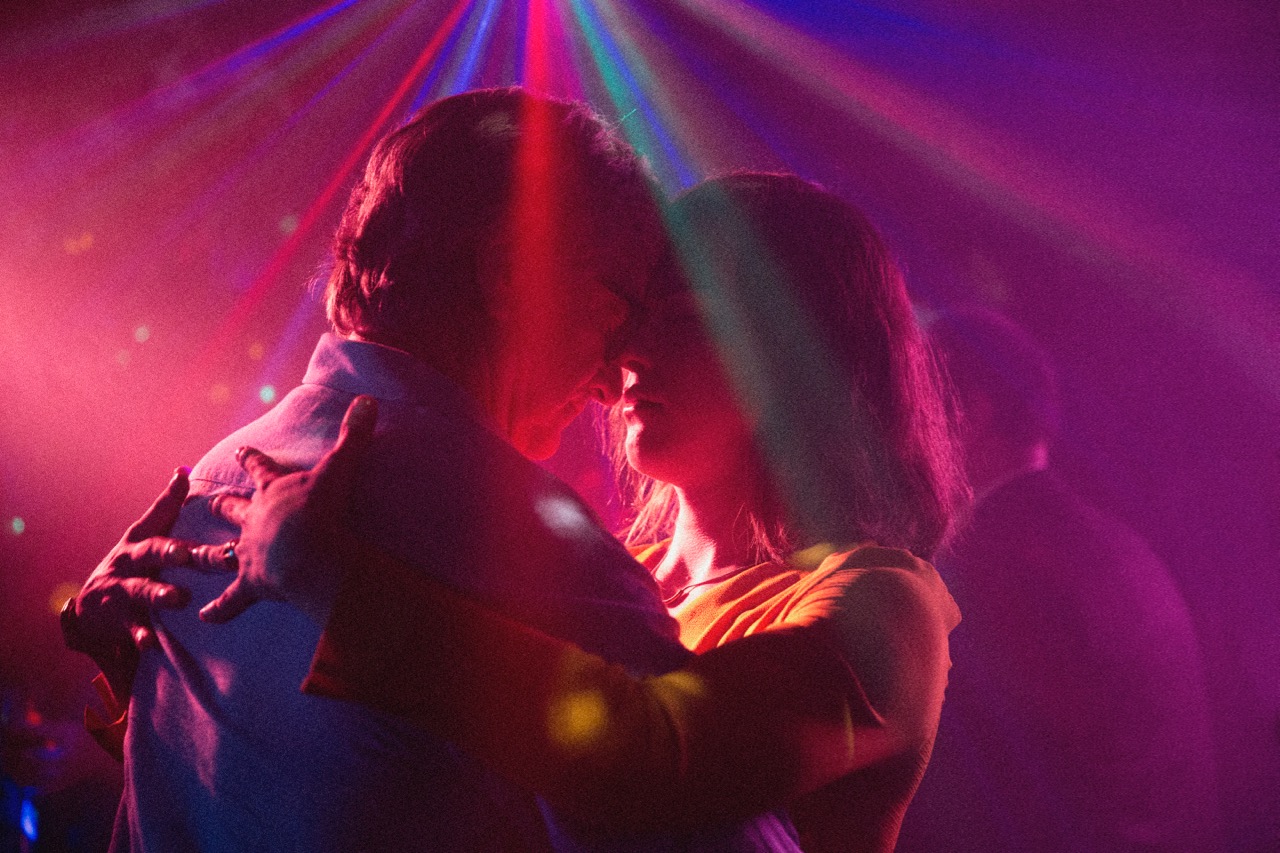 But later that night—and before the movie’s twenty-minute mark—Marina, racing to get a panting and disoriented Orlando to the hospital, will be widowed. She will also be humiliated: by a physician who treats Marina like a criminal, by a cop who flagrantly misgenders her. Further degradation awaits her.

In fact, A Fantastic Woman, which Lelio co-wrote with Gonzalo Maza, a frequent collaborator, can at times seem too invested in defining Marina not by what she does but by what is done to her. She will stoically endure the increasingly contemptible behavior of Orlando’s family, especially his wastrel adult son Bruno (Nicolás Saavedra), and his splenetic ex-wife Sonia (Aline Küppenheim), both of whom Marina meets for the first time only after her partner’s death. “When I look at you, I don’t know what I’m seeing,” Sonia all but spits to Marina during their initial encounter. After a pause, she lands on a wounding, repellent word: “A chimera, that’s what I see.”

The way Marina responds to this barb typifies Vega’s talent for communicating her character’s ineradicable core of dignity with the tiniest of movements, the slightest change in posture. After softly repeating the injurious term back to Sonia, Marina shrugs a shoulder almost imperceptibly before offering this assessment of the woman who’s just diminished her: “You’re normal. You’re fine.” But Marina injects lethal droplets of venom into each of those banal adjectives, knowing full well that their recipient will be too absorbed in her cis-superiority to register the disparagement—at least at first. Marina’s hushed comeback is a slow-release drug.

This exchange is one of many in which Vega, whose character arc is shaped by tragedy and tribulations, demonstrates Marina’s unfailing, if subdued, self-respect. Whether with a scene partner or alone—there are several segments in A Fantastic Woman that depict Marina in silent solitude—Vega unerringly calibrates the emotions roiling beneath a serene surface. Watching Marina do anything, like walking home solo in the wee hours in the rain after a long night at a club, where she’s indulged in a bit of debauchery to assuage her grief, proves as absorbing as watching the sun rise or set. 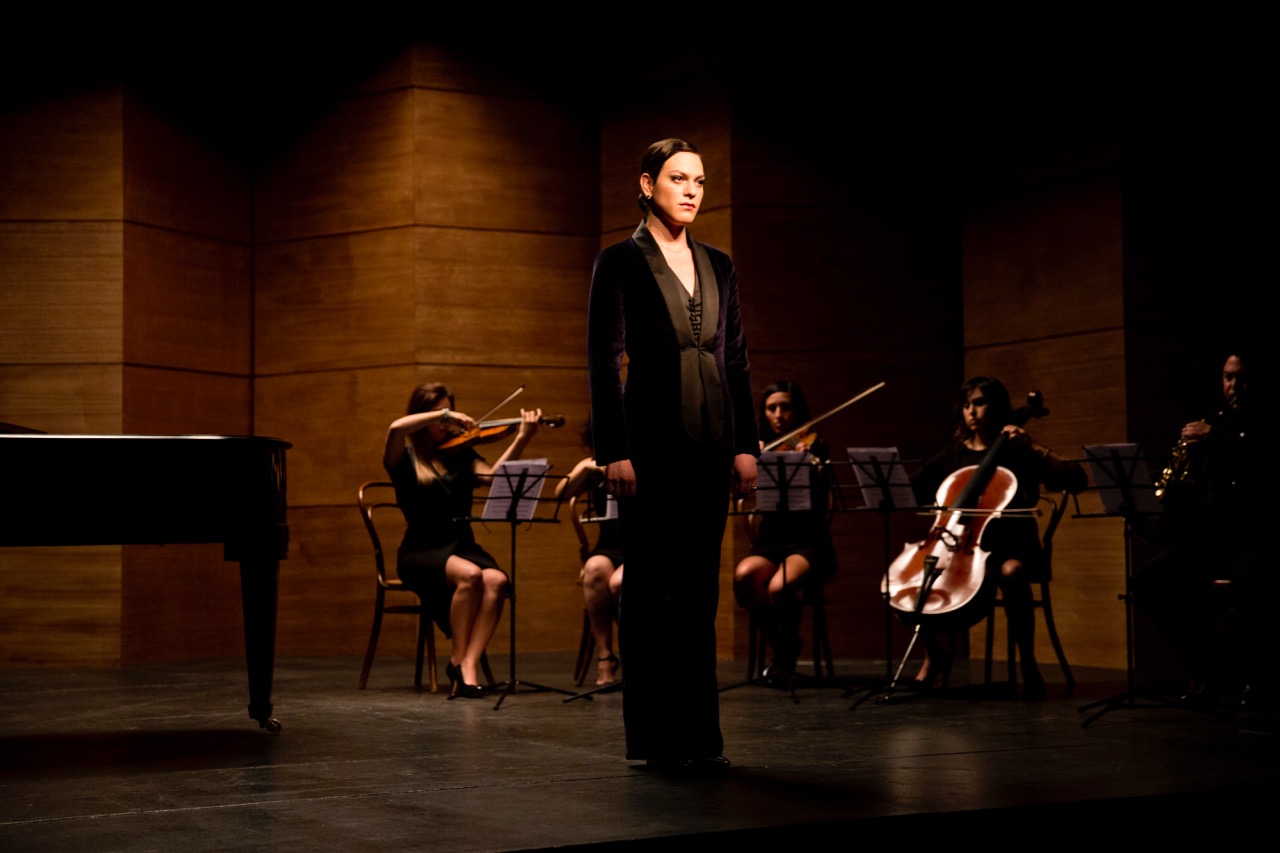 Vega is consistently excellent, even as A Fantastic Woman becomes increasingly sentimental, or worse. Late in the film, Marina whispers a Nietzschean pop-psych mantra to herself: “What doesn’t kill you makes you stronger.” (Lelio’s previous movie, 2013’s Gloria, a pleasant, anodyne drift through the dating and family travails of a middle-age divorcée, is largely devoid of such bromides. He’s currently filming an English-language remake of it.) The most obtuse soundtrack choice imaginable—Aretha Franklin’s “(You Make Me Feel Like) A Natural Woman”—is used here as a kind of go-girl anthem: it plays as Marina is driving to that fractious appointment with Sonia. And though we are meant, rightfully, to recoil at the slur Orlando’s ex-wife directs at Marina, occasionally Lelio evinces his own queasy-making, retrograde notion that his protagonist is a mythical creature made up of unknown, perhaps “incongruous” parts.

The fixation on Marina’s body is all the more glaring considering that Lelio includes one scene that establishes, at least superficially, the irrelevance and insensitivity of questions about anatomy and genitals. To Bruno’s blunt inquiry “Did you get the operation?” Marina replies “You don’t ask that.” Yet Lelio all but contravenes his heroine’s sage counsel in segments that follow. Called in for a physical exam by the police, to rule out foul play in Orlando’s death, Marina is shown naked from the waist up. When she is asked to uncover her lower half, the camera lingers on the downward gaze of the inspectors. Nothing is revealed, except for Lelio’s attachment to such cheap ploys to build “suspense.” The gambit repeats in the movie’s final minutes, as Marina, first seen in profile naked on her bed, looks down at a reflection of herself, a round looking glass placed strategically over her crotch. (Mirrors abound in A Fantastic Woman, as if Douglas Sirk went on a tear through Bed Bath & Beyond.)

Also dispiriting is the dopey double meaning of the film’s title: Marina is a woman prone to flights of fancy, seeing the ghost of her lover everywhere. At one point Marina imagines herself the captain of a gyrating pom-pom squad, capable of defying gravity. The whimsy grates. Superfluous, the frippery interferes with the more riveting drama of watching Vega’s micro-movements: we are spellbound as she glances sidewise in one instance and then trains a steely gaze on someone the next. Lelio should have realized that his star is already as big as life—in other words, fantastic enough.