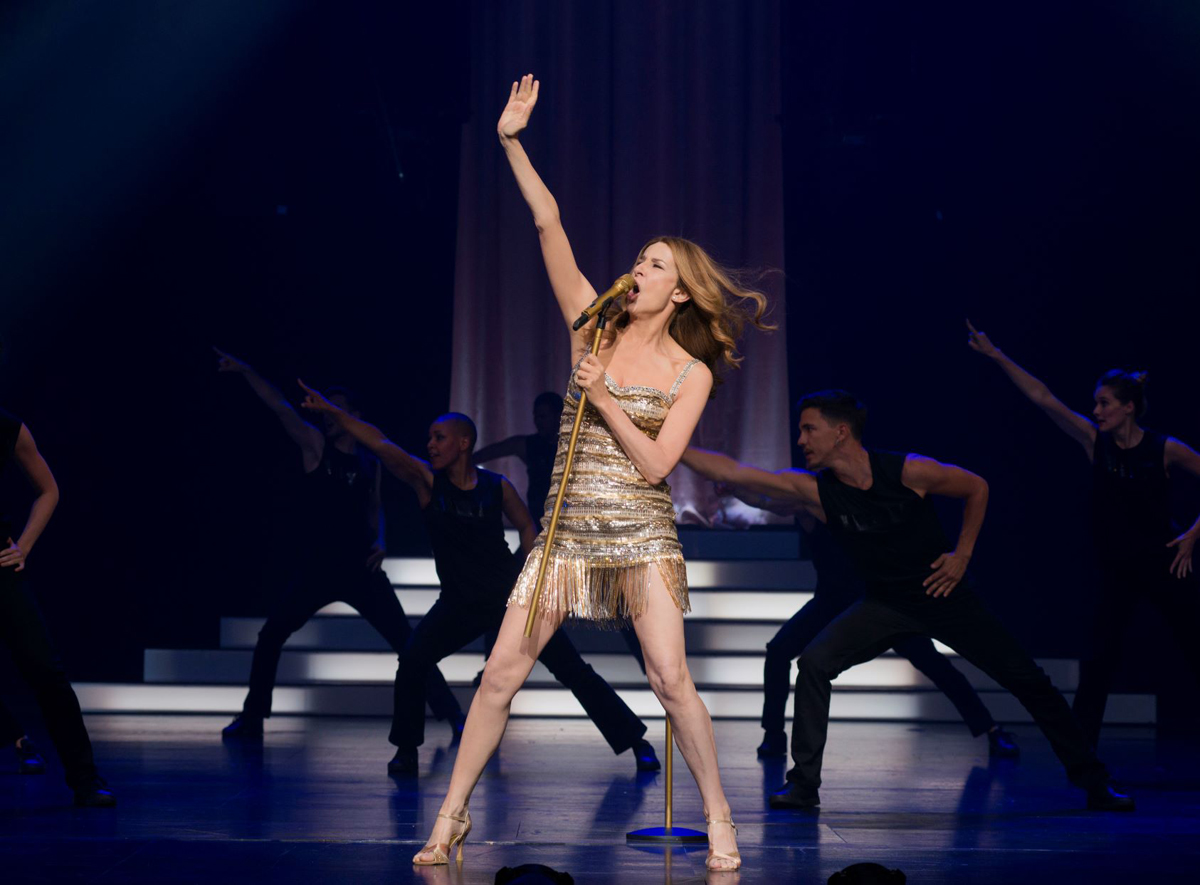 An ineradicable memory from 1998: watching Celine Dion’s rendition of “River Deep, Mountain High” on April 14 for the inaugural edition of VH1 Divas Live. The show aired just a few weeks after her sedate performance at the Oscars of “My Heart Will Go On”—the unavoidable Titanic theme that would become the defining power ballad of the pre-millennium. But on the stage of New York City’s Beacon Theatre that mid-April night, she is unbound, a dervish in a tuxedo duster. She is full of strange tics, sticking out her tongue more than once, and odder gestures, like playing air-bongos. Her Quebecois accent, all but undetectable in that cloying Titanic love song, blares through in the opening of her cover of the soul scorcher that will forever be associated with Tina Turner: “When I was a little girl” sounds like “When I was a leeuhl guhl,” those last two words rife with glottal chaos and idiosyncratically reconfigured vowels. At the apex of the first wave of her Anglophone fame, Dion was profoundly awkward yet wholly sincere, estranging but fascinating.

The same can be said of Aline—a “fictionalized” biopic of the icon directed by and starring Valérie Lemercier, who also coscripted with Brigitte Buc—in which “Celine Dion” is rechristened with the near-rhyme “Aline Dieu.” (More than once this character name has felicitously scanned for me as “A-lister God” or “Alien God.”) The film tracks all of its protagonist’s major milestones, from her birth as the youngest of fourteen children in 1968 in a patchy outpost of Montreal until the death of her beloved, decades-older husband and manager, René Angélil, here known as Guy-Claude Kamar (Sylvain Marcel), in 2016. But this conventional arc is vivified by a bizarre gambit: Lemercier (who is now fifty-eight) plays Aline at all ages, beginning as a five-year-old, when the moppet dazzles her enormous family at a wedding by tearing into “Mamy Blue,” an up-tempo, downcast number about filial regret. 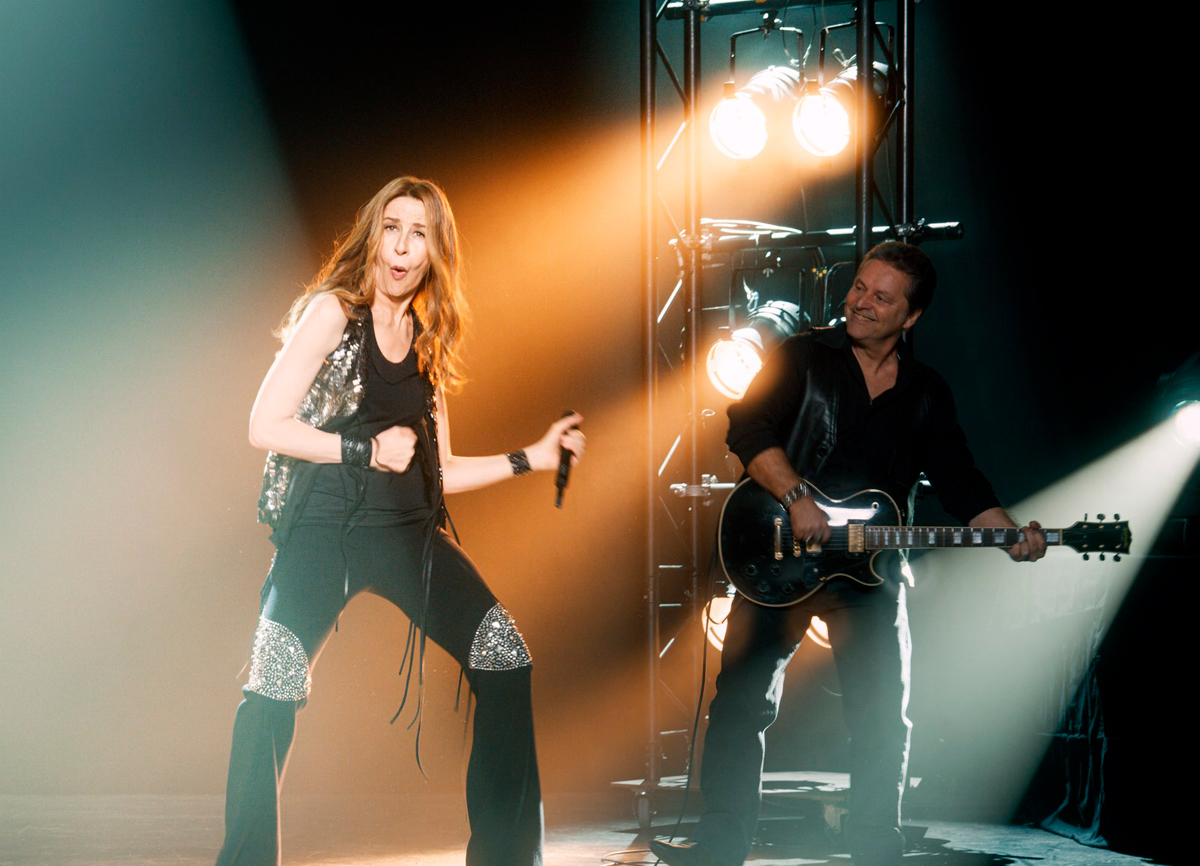 This curious strategy, achieved without too much technical wizardry, signals not cynicism but good faith. Aline is a tender—but not hagiographic—portrait of a superstar who has been equally mocked and revered for her too-muchness for most of her life, nearly all of which has been spent in front of an audience. And, in its very peculiarity, the ploy additionally emphasizes the freakishness of outsize talent and fame in general. It also calls attention to the folly, the ludicrousness of the biopic itself—of trying to make coherent a life that is far from ordinary.

Lemercier’s intelligent, compassionate tone for her tribute seems to have been informed by this keen observation by music journalist Carl Wilson in his excellent 2007 monograph, Let’s Talk About Love: A Journey to the End of Taste, in which he seeks to analyze why he dislikes Dion’s music so much: “It’s useful not to forget Céline is that kid who went directly from a gigantic provincial family into a pop finishing school run by the impresario who, like starlets before her, she went on to marry. More than nearly any celebrity short of Michael Jackson, she never had an autonomous phase, never lived in what people call the real world, not even the hothouse variant known as high school.” Yet Lemercier, like Wilson, understands that however otherworldly Dion may be, she is not imperial. As he writes later in his book, “She stinks of democracy, mingled with the odors of designer perfumes and of dollars, Euros and yen. Far more than most celebrities, she is plausible as a common person catapulted into uncommon status.” 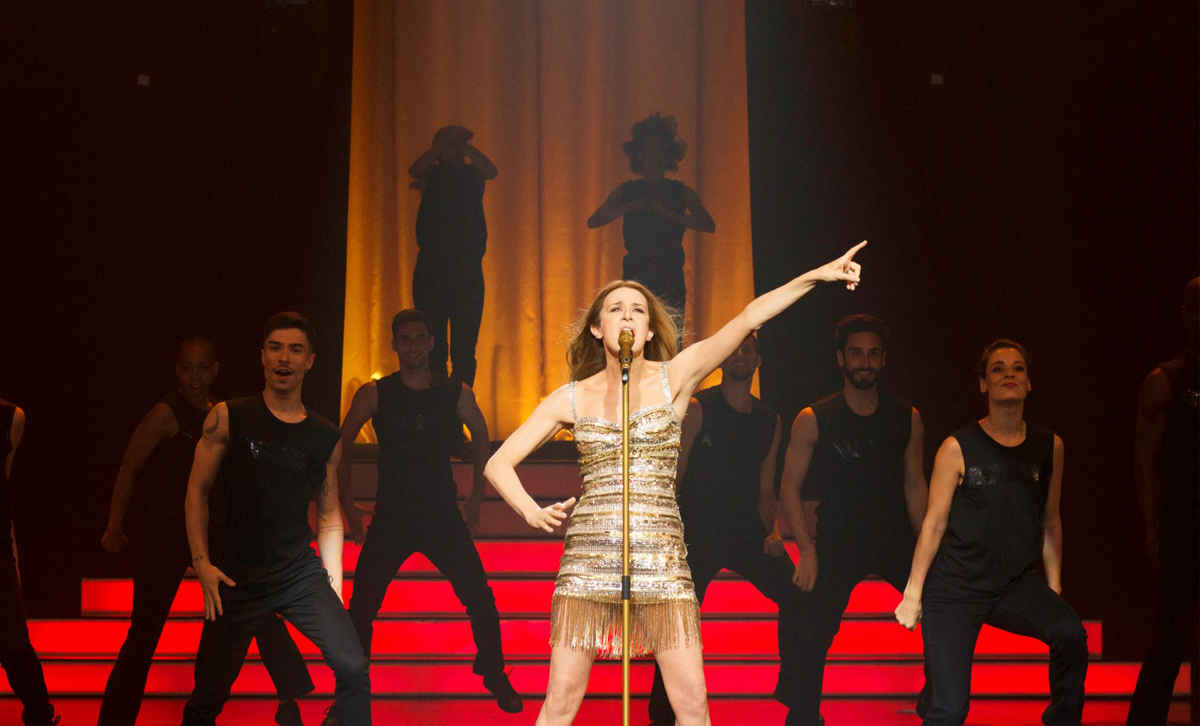 Aline’s writer-director-lead is intimately familiar with that “uncommon status.” Lemercier is a big star in France, “known for her off-kilter physical humor,” per the New Yorker. (My introduction to her came via Claire Denis’s gentle, romantic two-hander from 2002, Friday Night, a somewhat anomalous project for the actress, in which she plays opposite Vincent Lindon.) Lemercier peppers the film with a few terrific sight gags, each an affectionate razz of the protagonist’s lack of sophistication: a twenty-year-old Aline, crowned the victor of Eurovision, celebrates the next day by dipping a croissant into a flute of top-shelf champagne; multimillionaire Aline, deep into her first Las Vegas residency, warms up a preconcert bowl of soup backstage with a hair dryer; Aline, at any age, stashes sugar sachets into her purse, a habit modeled by Maman (Danielle Fichaud) on their first plane ride, to Paris.

But Lemercier never loses sight of the tremendous amount of discipline required to ascend to and maintain global renown. After gawky adolescent Aline makes her first TV appearance in Quebec, the fulsome hostess praises her “heavenly gift.” The supernally talented teen gently corrects her: “No, it’s also a lot of hard work.” Lemercier dramatizes this repeatedly, from Berlitz English classes to a three-month period of silence to heal strained vocal cords to the hard, toned body Aline reveals during her nightly gigs at Caesars Palace. (The herculean labor of singing, however, was outsourced: Lemercier lip-synchs to the vocals of Victoria Sio, a very fine Celine imitator.) 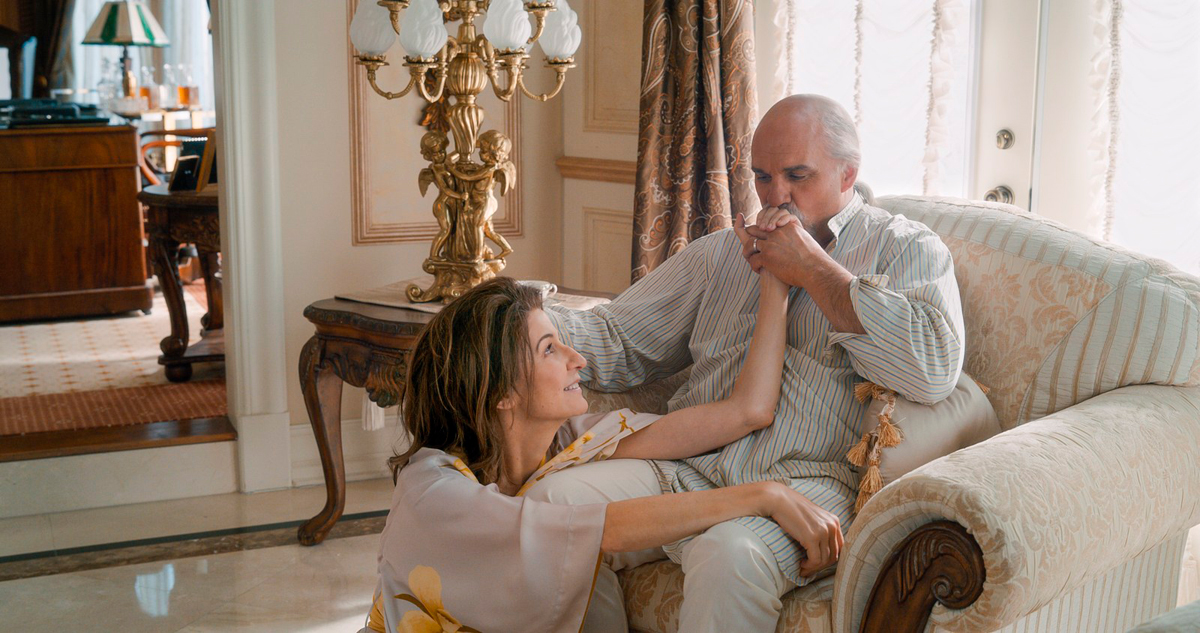 Unlike most pop-megastar biopics, Aline has no addictions or family traumas to re-create; its temperate (at least as far as drink is concerned) subject remains exceptionally close to her sprawling immediate clan, many of whom work for her. Conflict arises only when Maman senses that her prodigious child is growing besotted with Guy-Claude, who, twenty-six years Aline’s senior, began managing her when she was twelve. Wisely, Lemercier refrains from editorializing on this age-discordant relationship and simply reenacts the facts: the impresario and singer consummated their love when she was twenty (after that Eurovision triumph), wed when she was twenty-six, brought three children into the world, and lived and worked quite happily together until his death.

Aline is adored by those closest to her and the world at large. But Lemercier cannily depicts the impenetrable solitude that must be assumed when performing. I return to Wilson: “Seldom has a soloist been so part of a team as Céline Dion, but when she sings a ballad she is alone with the hulking presence of her voice, even as the lyrics refer constantly back to themes of interpersonal connection and love.” Her turbocharged version of the 1975 soft-rock anthem “All by Myself” becomes more than just a crowd-pleasing cover: it’s a confession.