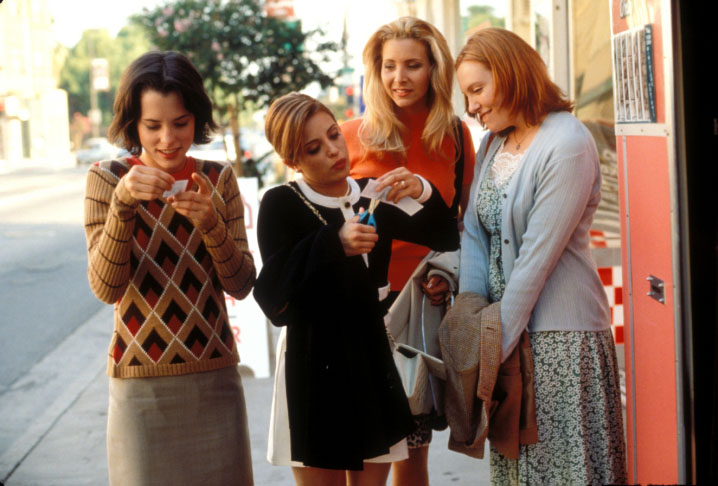 A downbeat yet pungent comedy about the indignities of temp life, Clockwatchers, Jill Sprecher’s debut feature from 1997, presents a quartet of distaff laborers not only alienated but anomic.

The central member of this foursome, whose first-person voice-over provides occasional commentary, is also the most recent arrival to the squad of contracted employees at Global Credit Association: Iris (Toni Collette), outfitted in a lumpy cardigan, maxi skirt, and Mary Janes and so excruciatingly timid that she sits in a chair, head down, for two hours without complaint until an officious HR exec gives her an assignment. By the photocopier she encounters Paula (Lisa Kudrow), a maladroit flirt and even less talented acting aspirant, her energies devoted to copiously writing her stage name—Camille LaPlante—on a legal pad. Soon Iris meets Jane (Alanna Ubach), affianced to a cad and afflicted with OCD, and Margaret (Parker Posey), the group’s alpha and the one most prone to insurrection, no matter how ineffectual.

Sprecher, who cowrote Clockwatchers with her sister, Karen, and based it loosely on her own experiences as a temp, not only evokes the soul-deadening look and sound of the cubicle environment—the ghastly fluorescent lighting, the sub-Muzak piped in to increase production—but also calls attention to the very absurdity of the office ethos. “The only real challenge at this job is trying to look busy when there’s nothing to do,” Margaret instructs Iris. “They’ll keep you here, though, that’s how it works—part of the corporate hierarchy. There’s got to be a butt in every seat or the entire infrastructure crumbles.”

While the film’s observations about the tedium of pencil pushing and intraoffice pettiness aren’t especially groundbreaking—those themes have been animating workplace movies since at least Ermanno Olmi’s neorealist jewel Il Posto from 1961—Clockwatchers keenly dissects the tenuousness of camaraderie forged among those deemed disposable. The quartet’s seemingly ineradicable bond, evinced during a standing Wednesday happy-hour outing, quickly disintegrates after the four are considered, owing solely to their status as stopgap labor, the likely perpetrators of a rash of personal-item thefts in the office. Temp turns against temp; lunches, once a source of buoying breakroom communion for Iris and her pals, now find the narrator eating a pitiful sandwich in a bathroom stall. 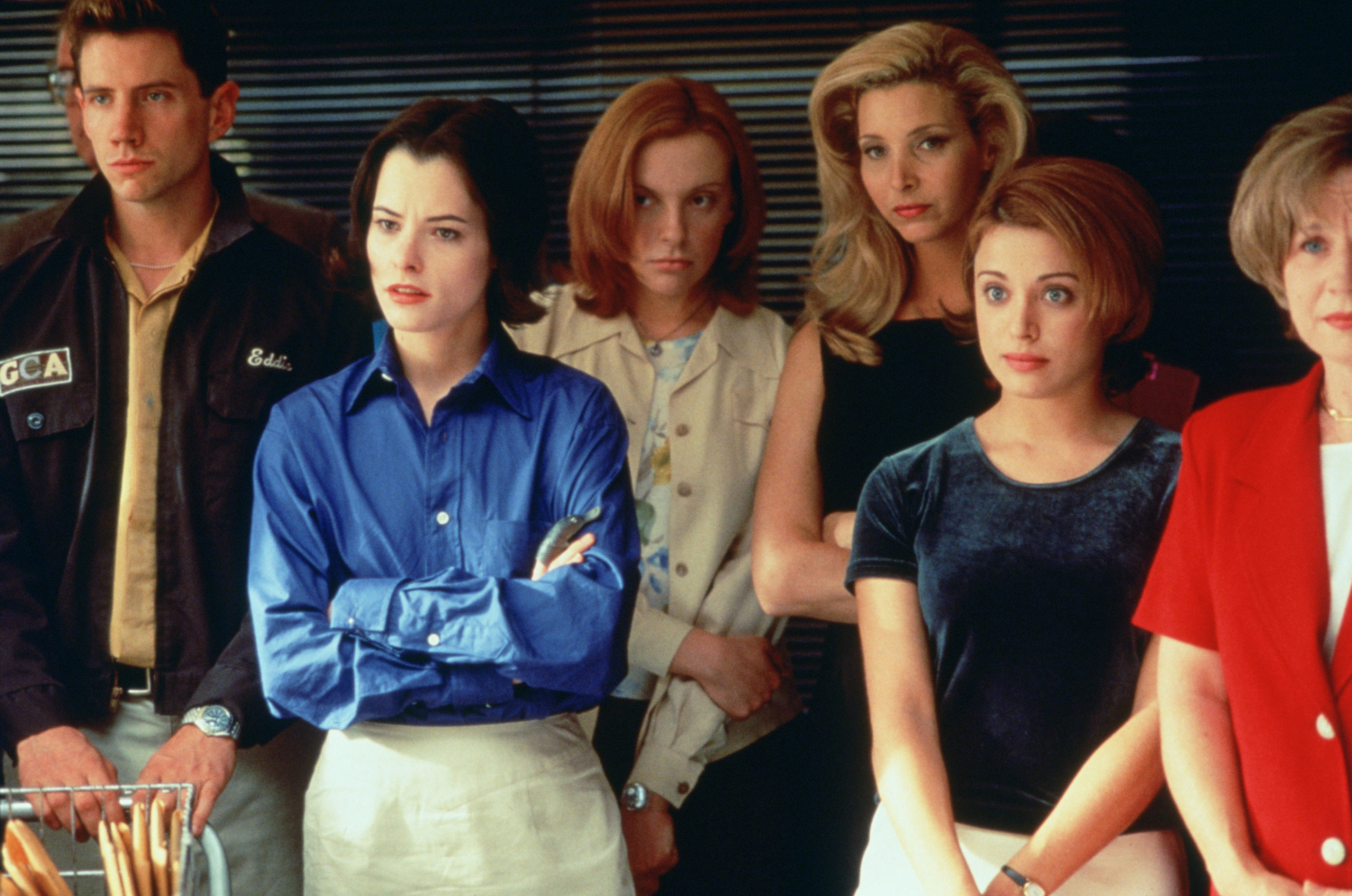 No sociological screed, Clockwatchers quietly but unequivocally diagnoses the ills of end-of-the-millennium corporate culture—a subject also taken up in two other contemporaneous comedies, each a razz against downsizing and “efficiency experts”: Cindy Sherman’s Grand Guignol satire Office Killer, released the same year as Sprecher’s film, and Mike Judge’s riotous Office Space from 1999. Made at a time when the temp industry had been a firmly entrenched sector of the labor market for at least two decades, Clockwatchers presages the precariat and serves as an illuminating counterpart to Colin Higgins’s 9 to 5 (1980), perhaps the most famous workplace comedy about disgruntled female colleagues. But that film, which opened a month before the official start of Ronald Reagan’s union-busting presidency, today scans, as it would have in 1997, as radical-feminist agitprop: lifting themselves—and their coworkers—out of the pink-collar ghetto, the three fed-up employees at Consolidated Companies, Inc., played by Lily Tomlin, Jane Fonda, and Dolly Parton, usher in on-site day care and abolish the time clock. Adrift and torpid, the quartet at Global Credit Association, in contrast, can’t conceive of taking action—only of, as Iris says off-screen, “waiting for something to happen.” 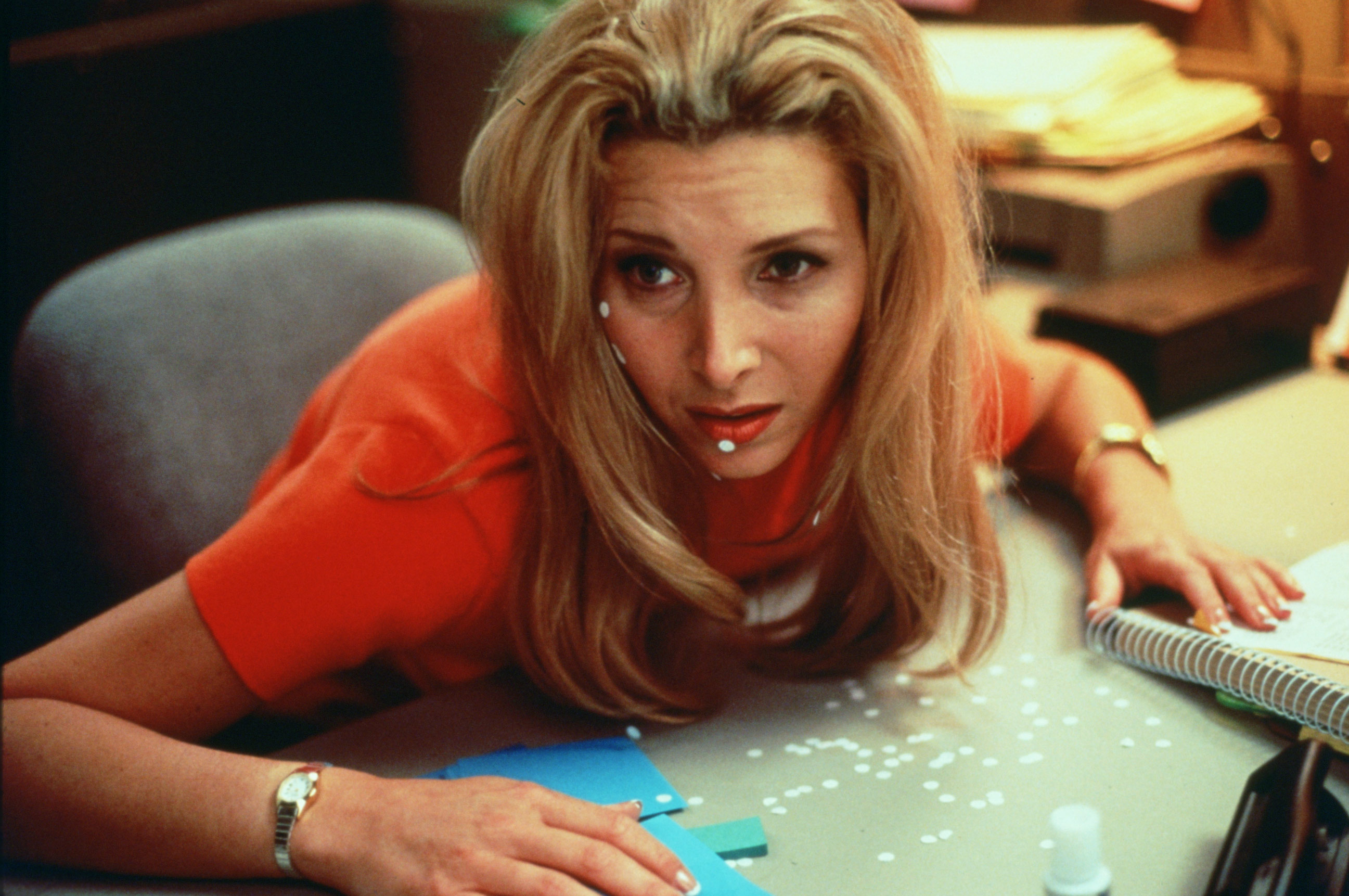 9 to 5 and Clockwatchers also offer another instructive point of comparison about another kind of work: the labor of female stardom, that most capricious of industries. Tomlin, Fonda, and Parton had all been eminences for at least a decade by the time of Higgins’s movie, but 9 to 5, the second highest-grossing movie of 1980 (after The Empire Strikes Back) provided a fresh start for each member of the trio: Tomlin, stung by the critical savaging of her previous movie, the 1978 relationship drama Moment by Moment (written and directed by her spouse, Jane Wagner), was once again a deity in the world of comedy; Fonda, the most politically outspoken actor of the ’70s, began a new decade by atypically playing a meek woman; Parton, a country-music luminary, revealed the breadth of her talent in her big-screen debut. Whatever fallow chapters each may have endured in the forty-one years since 9 to 5, this past decade has found them all in a period of re-efflorescence and especially beloved by a much younger generation of fans. 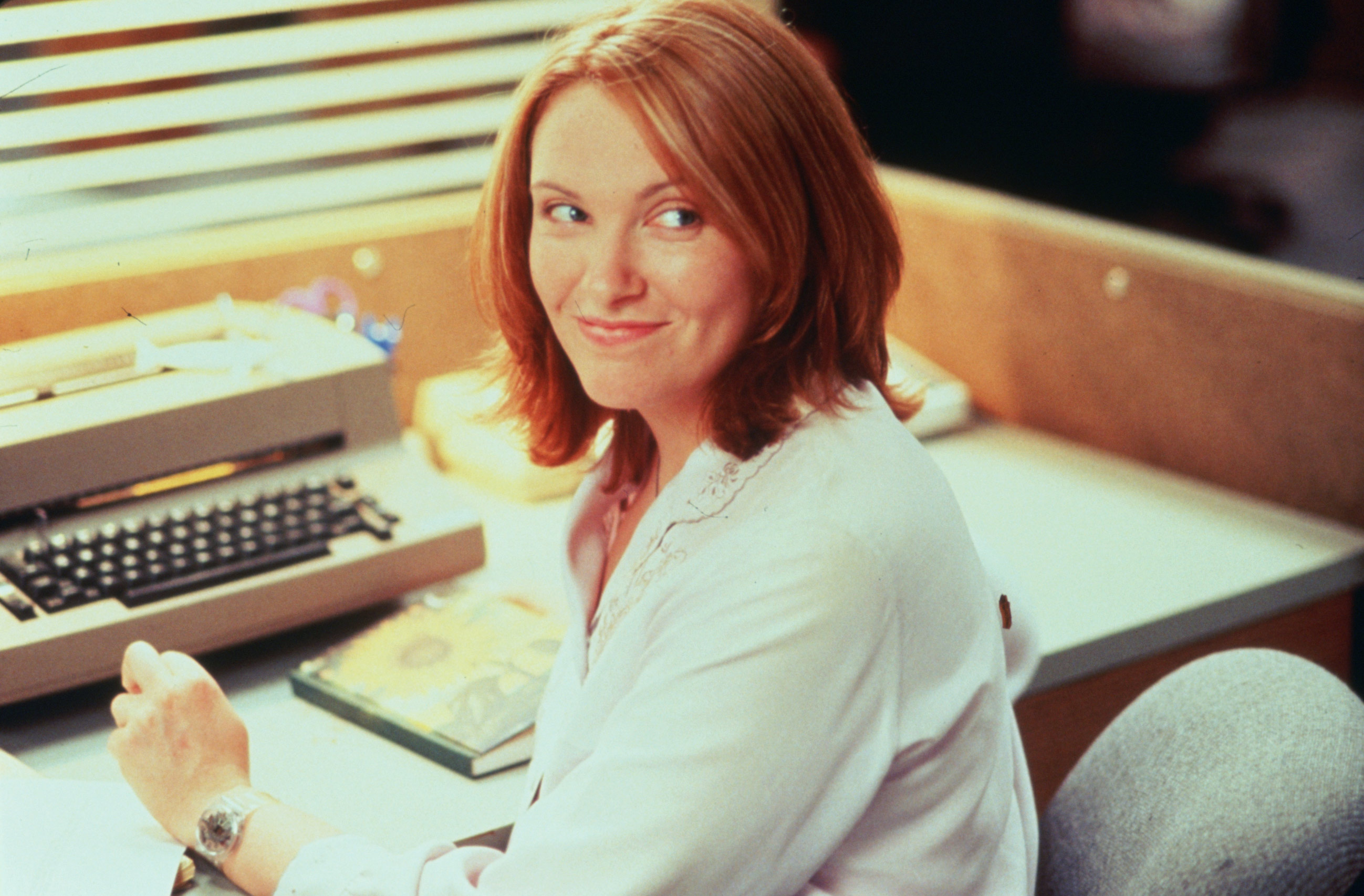 Viewed from nearly a quarter century on, Clockwatchers, an independent film that earned a smidgen of 9 to 5’s box-office grosses, emerges as a key, if low-profile, project in the career arcs of three of its leads. (Although still active, Ubach—who, born in 1975, is the youngest of the four—has never quite attained the fame of her costars.) For the Australian Collette, whose breakthrough role was in Muriel’s Wedding (1994), a brash, ABBA-abundant comedy from her homeland, Sprecher’s movie showcased the actress’s immense gifts at playing characters trying to make sense of their own despair—a trait she’d explore more fully in M. Night Shyamalan’s The Sixth Sense (1999). Kudrow, then three years into the decade-long run of Friends, proves how much funnier she is when freed from the tyranny of sitcom beats. In Clockwatchers, her Paula calls to mind another character indelible for her deluded, unshakable confidence: Shelley Duvall’s Millie Lammoreaux in Robert Altman’s 3 Women (1977). Posey, among the most renowned alt-celebrities of the ’90s, thanks to her work with Richard Linklater and Hal Hartley, expands her tart persona via her plaintive delivery of Clockwatchers’ most crushing lines: “You can’t fire me. You don’t even know my name.”

We still know the names Collette, Kudrow, and Posey. If the adulation and busy work schedule that the septuagenarian Parton and the octogenarians Tomlin and Fonda currently enjoy elude these younger actresses as they enter their golden years, Clockwatchers can function for the viewer as a retirement fund, a resource to be savored and drawn from again and again.