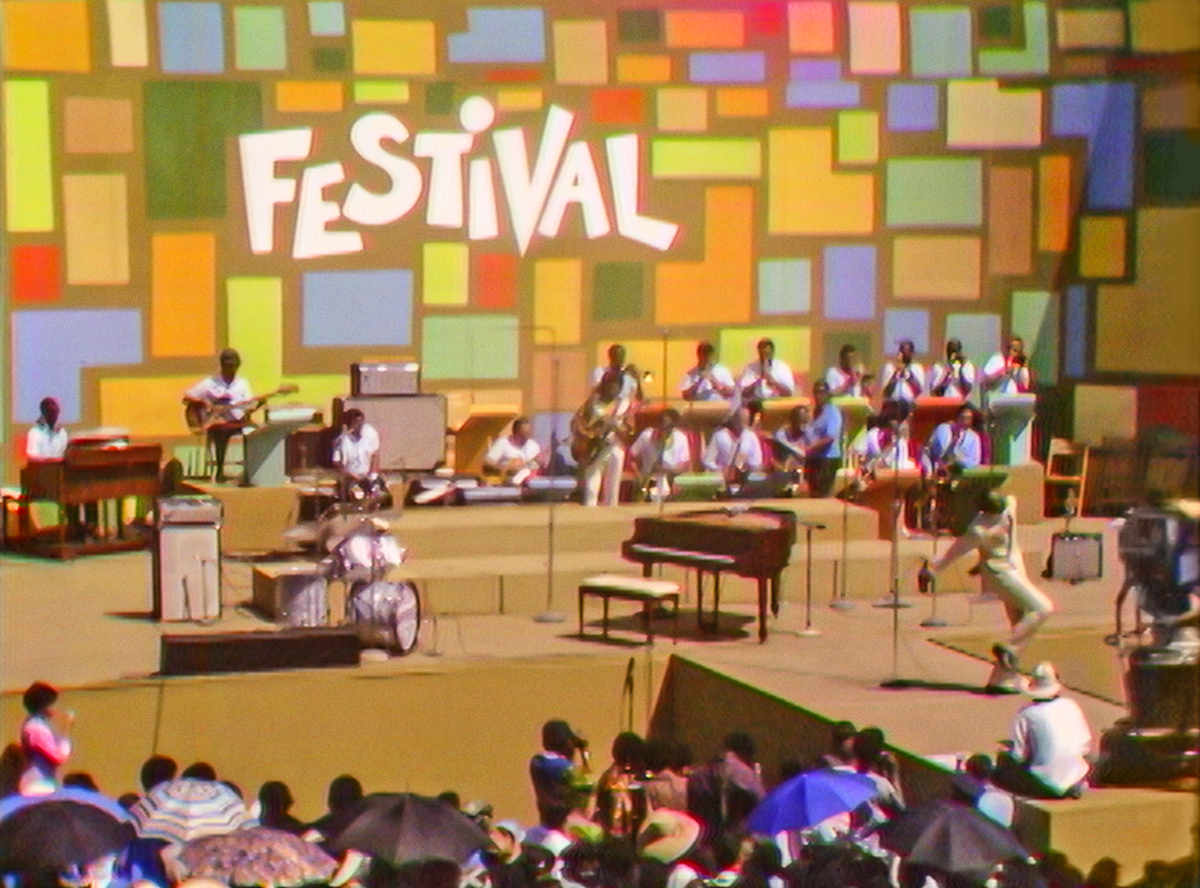 Summer of Soul, directed by Ahmir “Questlove” Thompson, opens in theaters and streaming on Hulu July 2, 2021

New York City mayor Bill de Blasio recently announced a colossal concert, tentatively scheduled for late August and organized by music-biz grandee Clive Davis, to take place in Central Park to celebrate the metropolis’s post-lockdown rejuvenation. Fifty-two summers ago, in a much smaller Manhattan expanse, Black civic pride catalyzed the Harlem Cultural Festival, held, for its third iteration, in the neighborhood’s Mount Morris Park (now known as Marcus Garvey Park) on six Sundays from June 29 to August 24, 1969. Charging no admission, the concerts drew a combined audience of three hundred thousand and featured luminaries in blues, jazz, gospel, R & B, funk, and other genres. Although all six gatherings were recorded, little of the footage has been seen. The documentary Summer of Soul, directed by the hip-hop polymath Ahmir “Questlove” Thompson, unearths many dynamite performances from the festival—exhilarating moments that are often interrupted by talking heads from the present weighing in on the past, montages, or other distractions. 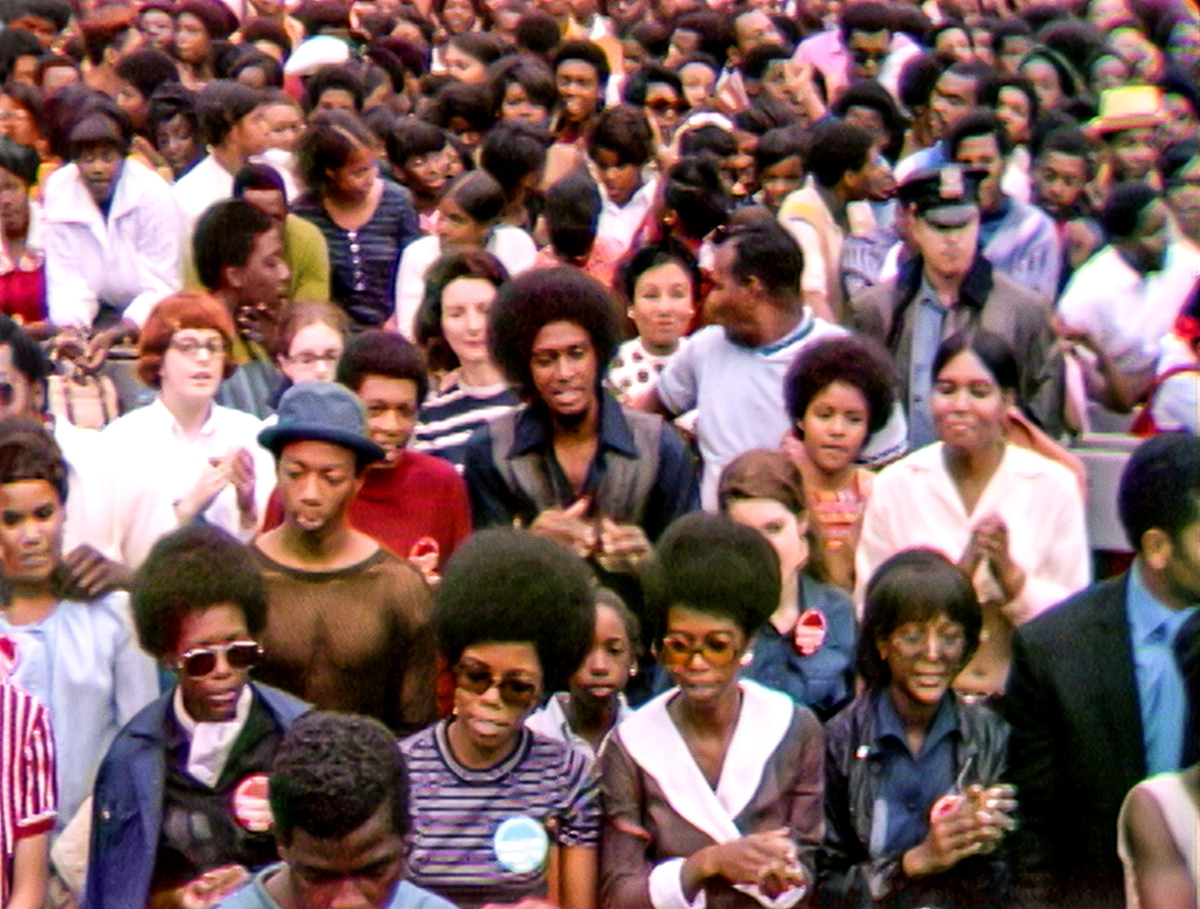 An early segment in Summer of Soul, Thompson’s first film, typifies its frustrations. Stevie Wonder, then nineteen, is onstage singing a slowed-down version of “It’s Your Thing,” the Isley Brothers’ funk hit released earlier in ’69. Resplendent in a brown double-breasted suit and yellow ruffled shirt, he has the bearing of a Carnaby Street dandy. It starts to drizzle. A majordomo holds an umbrella over the Motown star’s head and guides him to a drum set. Wonder beats the skins, lost in the rhythm. But the magical sequence screeches to a halt, ceding to a rote highlight reel of late-’60s history and an off-screen speaker making the not especially keen observation that “1969 was a year of change in the Black community.” Later, when the film returns to Wonder’s set—now seated at a keyboard, he tears into “Shoo-Be-Doo-Be-Doo-Da-Day,” the camera zooming in on a pedal that reads “Cry Baby”—the transporting scene is broken up so that Chris Rock (loftily identified onscreen as “artist”) can offer his opinion on the musical genius. Why? I want more Wonder, more of that pedal.

I am certain there is an audience eager to see all forty unedited, unadorned hours of the concerts that would come to be known as Black Woodstock, a moniker reflecting the fact that they partly overlapped with the gargantuan “Aquarian Exposition” happening one hundred miles to the north. The taping of the Harlem Cultural Festival was overseen by television stalwart Hal Tulchin, who died in 2017. He’s seen fleetingly in Summer of Soul, explaining that the stage had to face west to best utilize the available light. “It was a peanuts operation, because nobody really cared about black shows,” Tulchin explained in a 2007 interview with Smithsonian online. “But I knew it was going to be like real estate, and sooner or later someone would have interest in it.” (Tulchin himself embarked on an effort in 2004 to make a documentary about the festival, a project that fell apart due to finances.) 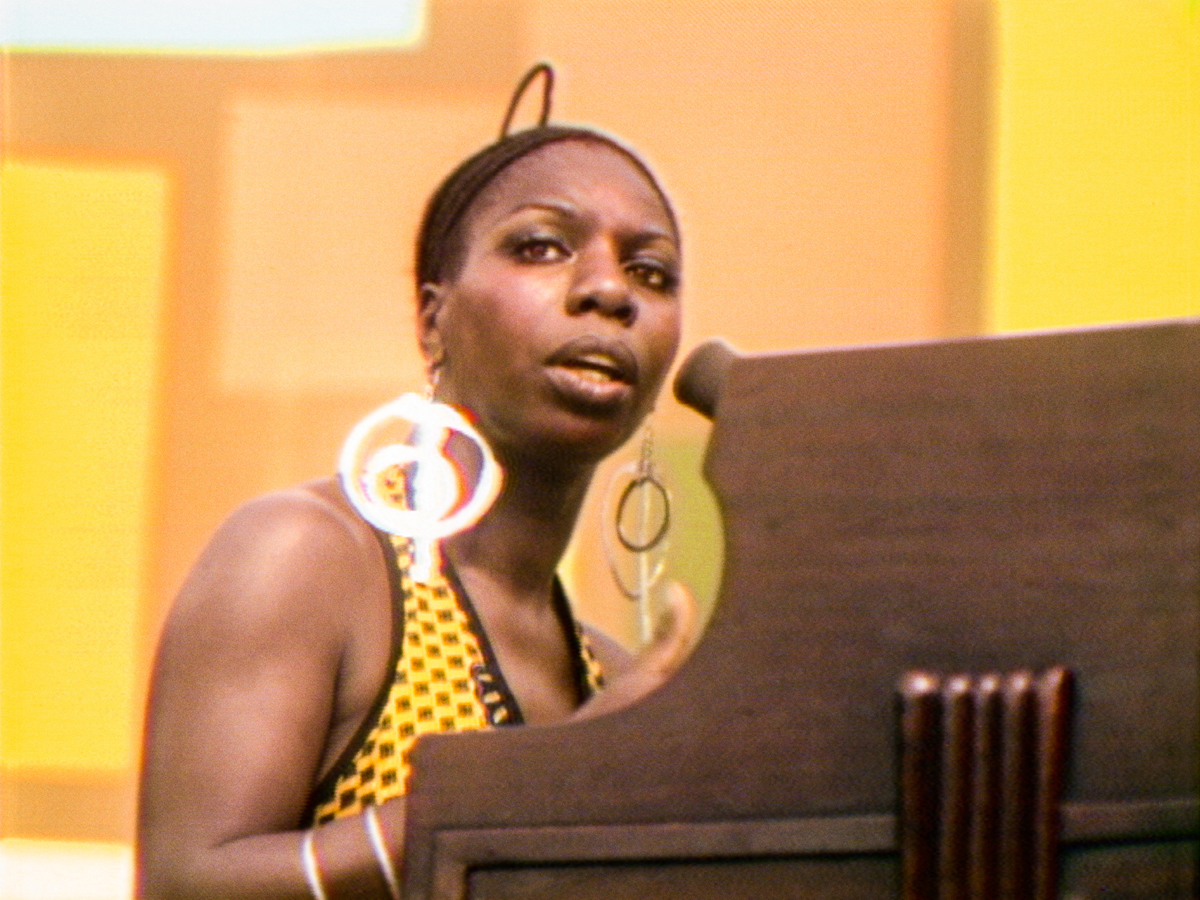 Thompson’s busy documentary makes a few hyperbolic claims. The film’s subtitle—( . . . Or, When the Revolution Could Not Be Televised)—ignores the reality that two hour-long specials devoted to the concerts appeared on CBS and ABC that summer. Opening text declaring the footage “has never been seen until now” conveniently overlooks the fact that Liz Garbus’s popular 2015 documentary What Happened, Miss Simone? includes the most electrifying moment of Nina Simone’s set, also shown in Summer of Soul: her incantation of “Are You Ready, Black People?,” a call to arms by David Nelson of the Last Poets, which asks, “Are you ready to smash white things? / To burn buildings? / Are you ready?” 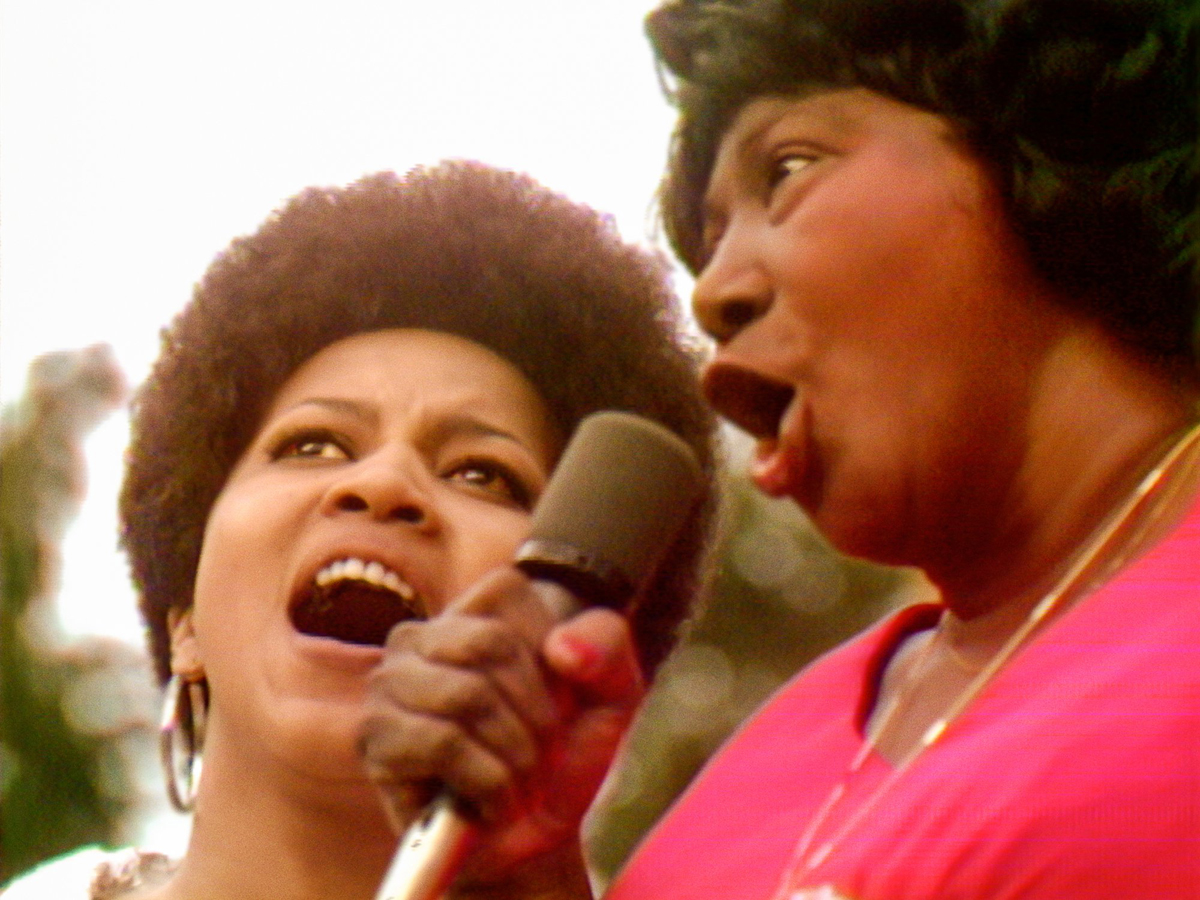 But there is so much here that is revelatory, such as a duet between Mavis Staples, who had just turned thirty and whose family act, the Staple Singers, had begun to broaden their religious repertoire to a more pop idiom, and Mahalia Jackson, long the empress of gospel. In style and dress, the two women are a fascinating contrast: sporting an Afro, Staples wears a white minidress; heavily rouged, Jackson is bedecked in a fuchsia gown. Ailing that July day, Jackson had asked Staples to assist her with the spiritual for which she is perhaps best known, “Precious Lord, Take My Hand.” Sharing one mic, trading off on verses before singing together, these powerhouses send the Harlem crowd to a higher plane. Theirs is one of the few numbers in Summer of Soul that proceeds largely without Thompson’s insistence on a superfluous commentator, a motif that reaches maximum vapidity when Lin-Manuel Miranda, breaking up Ray Barretto’s Latin-funk anthem “Together,” declares, “The power of music is to tell our own stories.” 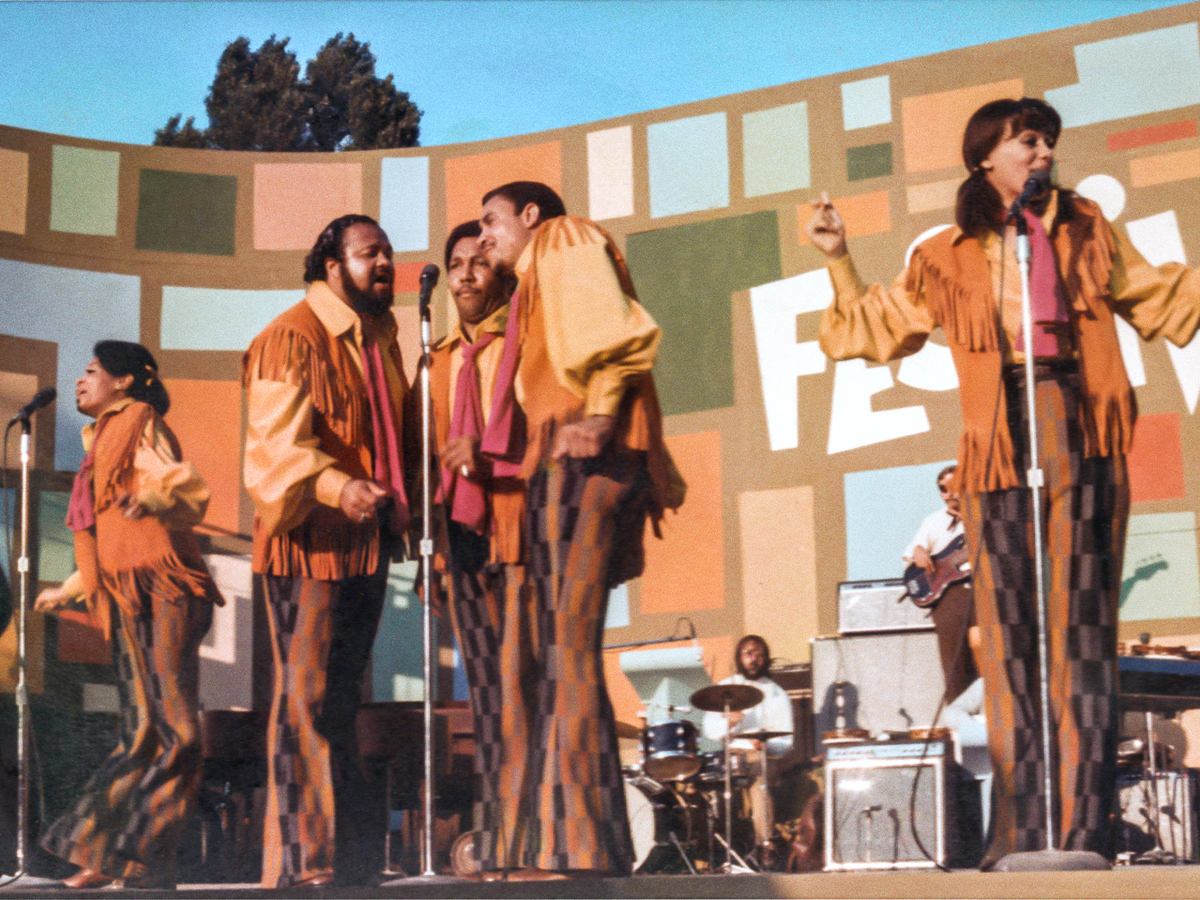 Not all the current-day observation is without interest. Marilyn McCoo and Billy Davis Jr., husband-and-wife members of the 5th Dimension, recall their nervousness at what was their inaugural Harlem gig. “Everybody thought we were a white group,” Davis explains, before recounting a terrific anecdote about the origins of their smash hit “Aquarius / Let the Sunshine In,” the medley from Hair that was greeted in Mount Morris Park with a few audience members grooving onstage. During that same sequence, one of the handful of festival attendees who sit down with Thompson evocatively describes the champagne-soul quintet’s matching orange-heavy outfits: “They looked like Creamsicles.”

Writer and music sage Greg Tate is always a welcome interlocutor. He concisely defines the “psychedelicized R & B” of Sly and the Family Stone, which he lauds as “our first two-tone soul group” (the drummer and saxophonist of the septet are white) to achieve “gender parity” (evinced by vocalists Rose Stone on piano and Cynthia Robinson on trumpet). The Harlem crowd at first seems dubious as the band saunters out, perhaps puzzled less by its heterogeneity than by its leisurely approach to tuning up. By the first verse of “Sing a Simple Song,” though, all skeptics have been won over. 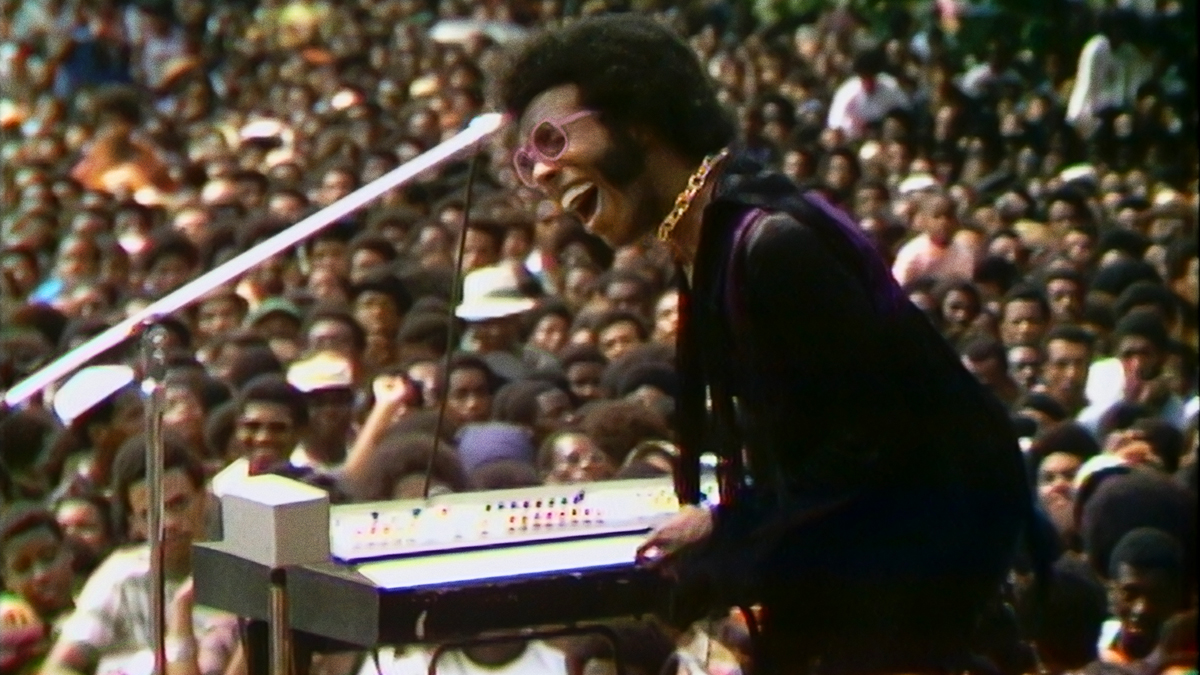 Sly and the Family Stone performed on June 29, the first Sunday of the ’69 Harlem Cultural Festival; seven weeks later, the group played at Woodstock, where its members were among the paltry number of Black artists. The set list for both concerts included “I Want to Take You Higher.” The ecstatic, propulsive jam would elevate a crowd no matter where it was played—even on a muddy field in upstate New York in the wee hours of the morning. But for Harlemites, this lyric surely resonated more: “Beat is nitty-gritty / Sound is in your city too.”