In Christian Petzold’s latest, a water nymph and Berlin’s past. 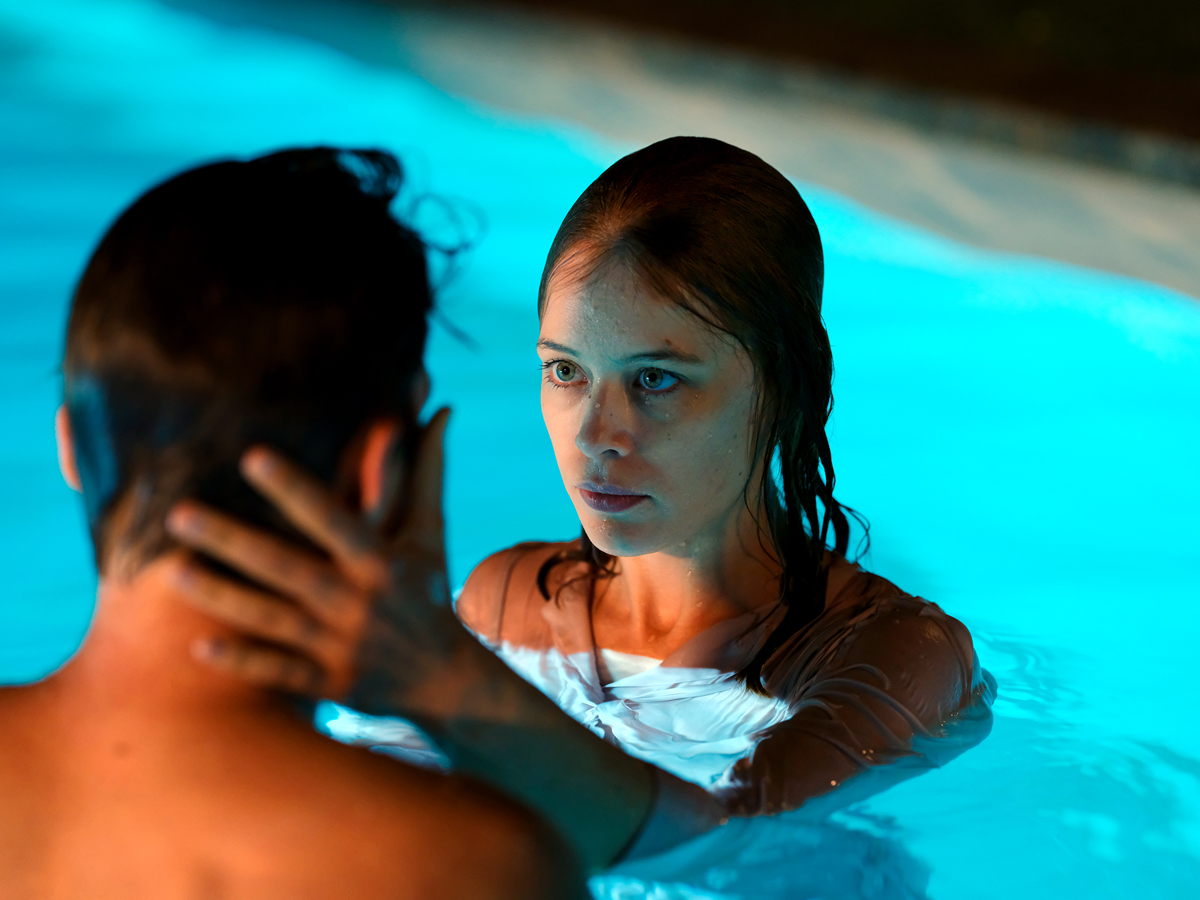 Among contemporary cinema’s greatest reanimators, the German filmmaker Christian Petzold excels at creating sinuous narratives that both evoke earlier genres (especially the woman’s picture) and incorporate historical convulsions. Time is pliable in his movies, particularly in his previous feature, Transit (2018). Based on Anna Seghers’s eponymous Marseille-set novel, published in 1944, that film retains the source’s references to the Nazi occupation of France but takes place in an obvious present day; no costumes, objects, or locales in the French port city were designed to mimic the World War II era. Undine, Petzold’s latest, deploys his most fantastical conceit to date, situating the mythological water nymph of the title—who, per one version of the legend, must destroy the man who betrays her—in current Berlin. Petzold’s creature of the sea just so happens to be a historian of the city—one built on a wetland. Facts and fairy tales fluidly circulate, swirling around a beguiling romance.

The film’s opening scene, full of foreboding and mysterious pauses, immediately sets the mood. A couple—Undine (Paula Beer) and Johannes (Jacob Matschenz)—sit in anguished silence at a café near the Spree River for what seems like hours. They are breaking up; Johannes has fallen in love with another woman. “If you leave me, I’ll have to kill you. You know that,” she warns him, a threat he shrugs off. She asks him to wait at the eatery while she gives a lecture at a building across the street, where a group of international tourists has come to look at various models of pre- and post-reunification Berlin. Returning to the empty restaurant, agitatedly searching for Johannes, she hears an otherworldly voice speak her name, the sound seemingly emanating from an aquarium near the server station. A man who had been at Undine’s talk, an industrial diver called Christoph (Franz Rogowski), enters and compliments her presentation. The aquarium shatters, its deluge toppling the two to the floor. A new love story begins—though we haven’t seen the last of Johannes. 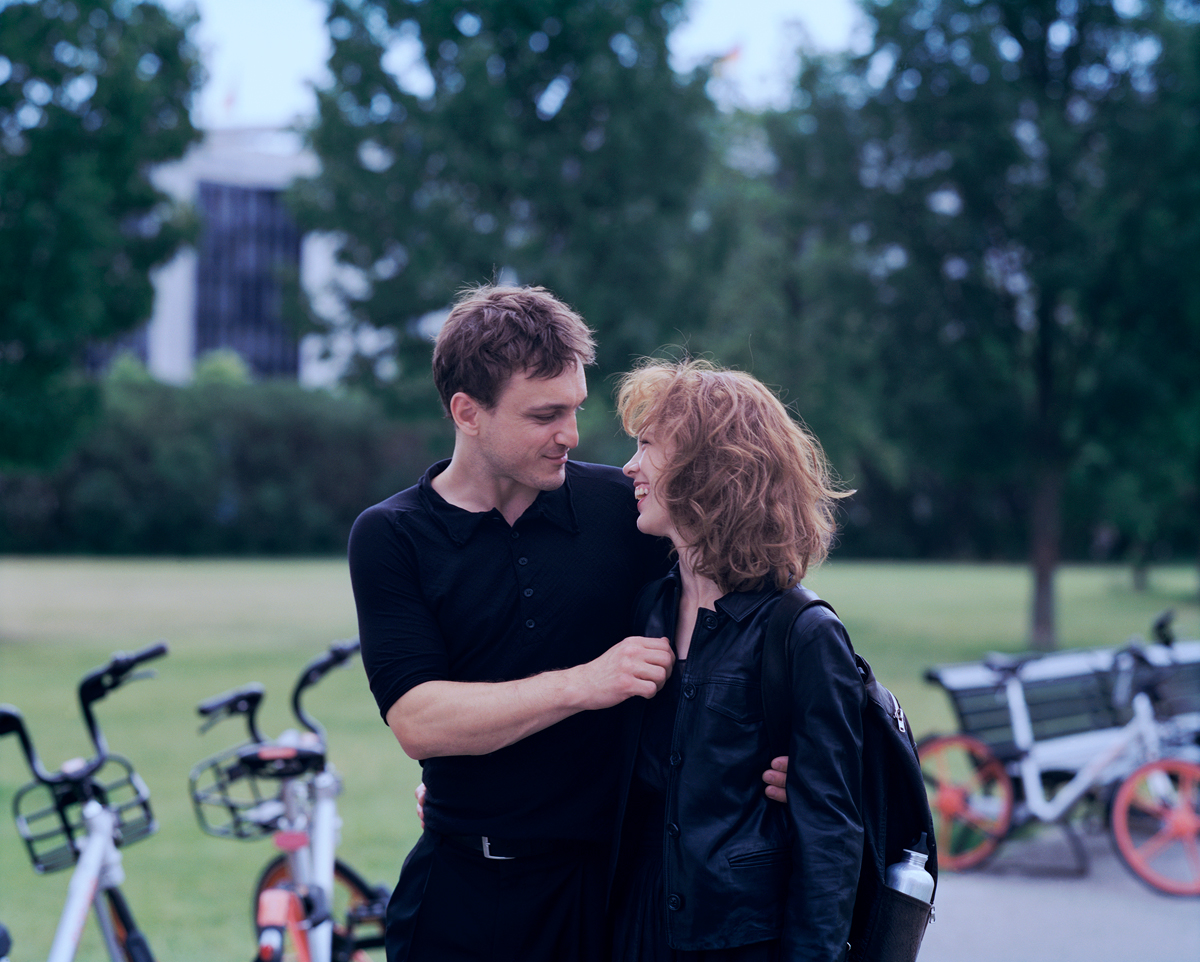 Franz Rogowski as Christoph and Paula Beer as Undine in Undine. © Schramm Film.

Undine and Christoph’s affair will mostly be long-distance, as he is now stationed more than three hundred miles to the west in Wuppertal, working on underwater turbines. With just a few precise shots, Petzold piercingly conveys the anxiety and romance of their train arrivals and departures. Each is enchanted by the other’s profession. He invites her to join him in the river where he toils, eager to show her its greatest oddities: a gigantic catfish and Undine’s name stenciled on a pillar several feet below the surface. When he surprises her at her utilitarian Mitte flat, where she’s frantically preparing for a new lecture on the Humboldt Forum—the museum located where the Berlin Palace once stood that opened (virtually) late last year—he stops their physical intimacy and pleads to hear her disquisition, her municipal erudition only enhancing his desire. She obliges: “In the center of Berlin now stands a museum built in the twenty-first century in the form of an eighteenth-century ruler’s palace. The deceptive part lies in the hypothesis that this makes no real difference, which is the same as claiming that progress is impossible.” 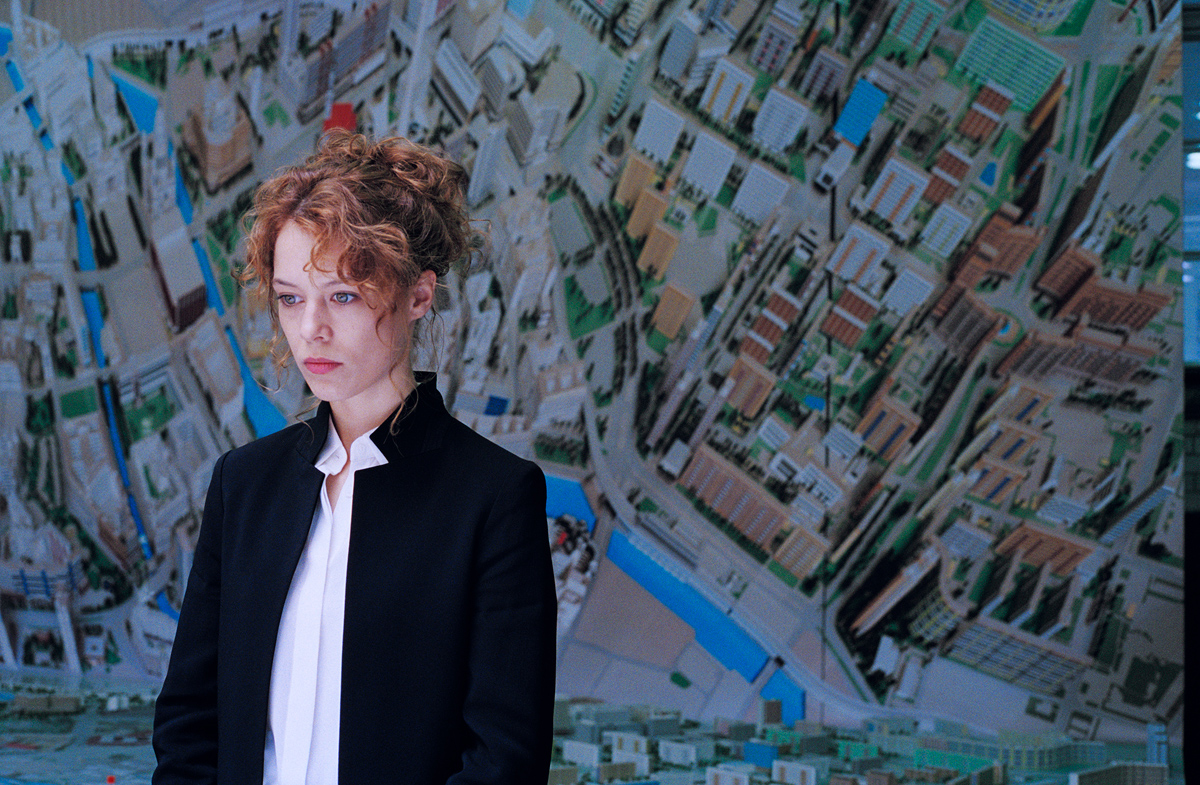 Construction and reconstruction, past and present are motifs not only in Undine’s orations but in Petzold’s oeuvre. Several of his movies, going back to 2001’s Something to Remind Me, have evoked Vertigo, Hitchcock’s masterwork about obsession and a deranging need to re-create the past. This Hitch homage was most explicit in Phoenix (2014), a film set in the rubble of Berlin immediately after World War II that tracks the eerie reunion of Nelly (Nina Hoss), a concentration-camp survivor who’s had extensive reconstructive facial surgery, with her husband, Johnny (Ronald Zehrfeld). Now using the name Esther, Nelly is unrecognizable to her spouse, who had thought her dead. Just as Vertigo’s Scottie Ferguson does with Judy Barton, Johnny tyrannically remolds the woman he knows as Esther back into Nelly, despicably plotting future financial gain. Although Nelly may seem pathetically deluded, willingly complying with this sick masquerade, in Phoenix’s flooring final scene she indicts her husband’s—and her nation’s—gruesome pathologies.

Transit, which followed Phoenix, presented a kind of gender inverse of Vertigo, with a woman—played by Beer, in her inaugural collaboration with Petzold—compulsively searching for a man who is dead. More poignantly, the casting itself in Transit had resonances with Hitchcock’s film, as a project conspicuous for an absence: that of Hoss, who had made six films with Petzold, including his US breakthrough, Barbara (2012), and had been the performer most strongly identified with his work. Besotted with Hoss, I took an irrational dislike to Beer, whom I found a wan substitute: too young, too short, incapable of ever exuding Hoss’s casual steeliness, her throaty grandeur. 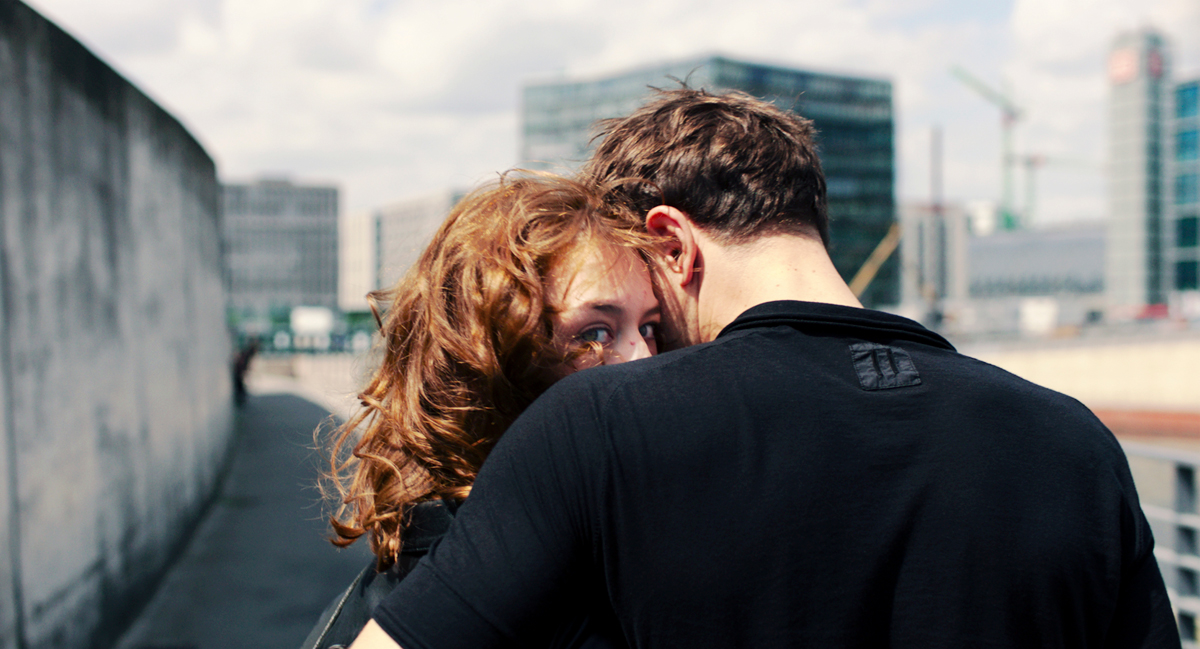 Paula Beer as Undine and Franz Rogowski as Christoph in Undine. © Schramm Film.

But my uncharitable initial assessments have vanished with Undine, a film that reunites Beer with Rogowski, the male lead in Transit, which was also his first movie with Petzold. Undine’s success owes largely to Beer’s talent for seamlessly inhabiting two personas—one rooted in the outré, the other in centuries of certainties and data—often at the same time. When Christoph first approaches Undine at that deserted restaurant, for instance, we’re not sure who’s returning his kind words with such an intense stare: the city annalist, perhaps unused to flattery of her detail-dense presentations, or the vengeful aqueous sprite, irked that her quest to find her straying lover has been interrupted by a stranger.

And who better to retell the chronicle of a metropolis as haunted as Berlin than a supernatural being? “Just a few years after the war, hadn’t the term ‘national’ been forever discredited by National Socialism?” Undine rhetorically asks a group of sightseers trailing behind her, peering at enormous maps of the capital and minuscule renditions of its buildings and landmarks. The spirit-scholar is forever summoning ghosts.