From Conrad to Galsworthy to Woolf: a biography of the literary tastemaker Edward Garnett. 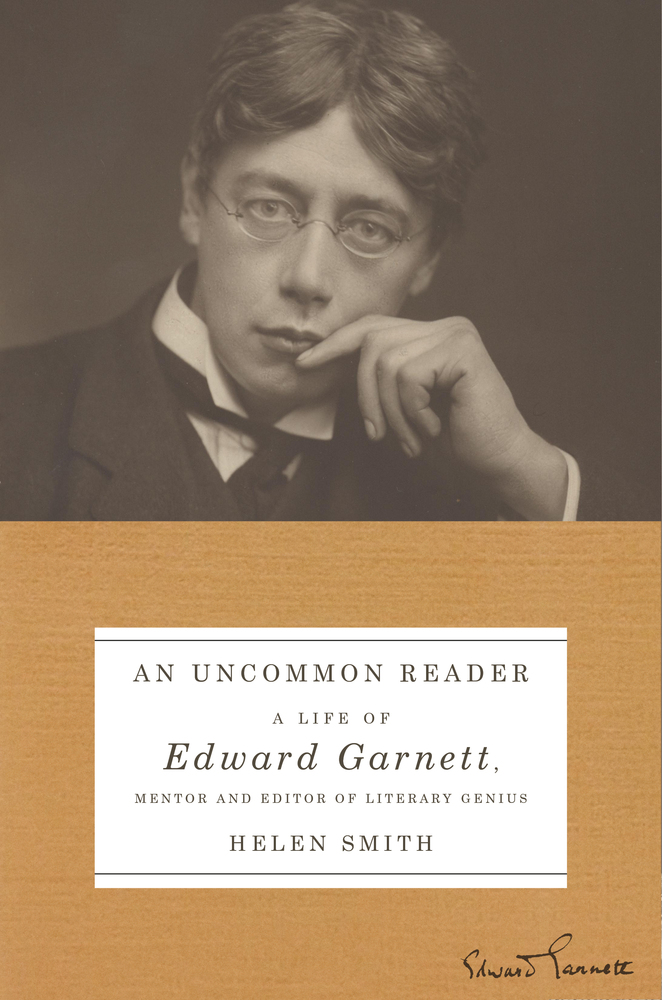 An Uncommon Reader: A Life of Edward Garnett, Mentor and Editor of Literary Genius, by Helen Smith, Farrar, Straus and Giroux,
440 pages, $35

In the 1980s, for reasons that are still open to debate, there was a palpable uptick of interest in the literary landscape of fin-de-siècle and Edwardian England, a boomlet registered in forms both high and low, from academic studies to the sudden ubiquity of Helena Bonham Carter. The attention directed toward the period would fade, but there are signs of an emerging second wave, evidenced for example by historian Maya Jasanoff’s recent study of Joseph Conrad (The Dawn Watch) and the renewed fascination with Oscar Wilde’s final years, in exhibitions in London, Paris, and New York in 2016–17. But where thirty years ago the new curiosity about Olde England seemed to concern peeking over the modernist divide to see what had vanished, the more recent vogue seems sparked by overlaps and uncanniness, looking to divine in an earlier period glimpses of our own moment.

Such is the case too with English writer Helen Smith’s exacting new An Uncommon Reader: A Life of Edward Garnett. Hers is the first biography since 1982 of the publishing giant who virtually launched the careers of Joseph Conrad and D.H. Lawrence (whose manuscript of Sons and Lovers he trimmed by some ten percent). Garnett’s significance as an industry powerbroker extended well beyond the 1910s—he was notably responsible for penning a note in 1933 to his last employer, Cape, rejecting Samuel Beckett’s Dream of Fair to Middling Women, the author’s would-be first novel, as a “slavish, and rather incoherent imitation of Joyce, most eccentric in language and full of disgustingly affected passages.” Yet it is impossible to imagine this dynamic “publisher’s reader”—part businessman, connoisseur, critic, talent scout, and muse—cutting his teeth anywhere else but in the London of the 1890s and the first decade of the twentieth century. Smith’s book gives us a perspective on a time when the book industry was undergoing an earlier moment of what we would now call media disruption. As with the birth of the literary agent, which was also a phenomenon of the 1890s, positions like Garnett’s would become crucial as the business pivoted from books to, well, books, but quite unlike those published just a few years earlier.

Publishers at the beginning of the 1890s saw the commercial viability of their most popular product—the three-volume novel, often called the triple decker—collapse along with the commercial circulating libraries that put reading matter in middle-class hands. A newly enfranchised bourgeois consumer with purchasing power and a hectic schedule desired a more concise and affordable form of fiction. The market that resulted created a space for a particular type of tastemaker, one who answered to three masters: the (somewhat) more discerning reader in an atmosphere no longer conducive to the old 200,000-word, 75-chapter doorstops by a Trollope or Dickens; the more harried publisher who saw competitors knocked off by innovative startups; and the novelist, who could reach a significantly larger readership if he (or she—Garnett supported a host of women writers, from Virginia Woolf to Dorothy Richardson to Jean Rhys) could find the right zone between creative expression and marketability.

The son of an official at the British Museum and like him an advocate of progressive causes, Garnett began his first job in publishing at the firm of T. Fisher Unwin in 1887 while he pursued his own career as a novelist. Two years later, he married Constance Black, a Cambridge graduate whose association with expatriate Russian radicals in London led her to learn Russian while she was pregnant with their only child, David, who himself would go on to become a celebrated writer and publisher. A formidable translator of Tolstoy, Dostoevesky, and Turgenev, Constance Garnett may have exerted as great an influence on the reading tastes of England as did Edward.

In a biography otherwise alert to so much of what transpired around Edward, one wishes that Smith had given a more distinct sense of Constance. The Garnetts led relatively independent and unorthodox lives, often residing apart and involved with other romantic partners. “The Cearne,” the house they had built by a William Morris acolyte in an isolated area in Kent, seems at times more prominent in Smith’s text than Constance. D.H. Lawrence described the remote enclave as “a house thirteen years old, but exactly, exactly like the 15th century: brick floored hall, bare wood staircase, deep ingle nook with a great log fire, and two tiny windows one on either side of the chimney: and beautiful old furniture.” The Cearne home became a kind of stand-in for Garnett himself, in his combination of independence, his feeling of being an outsider (in league with other outsider novelists like Lawrence and Conrad), and obsession with good taste.

That last concern served him well. Smith demonstrates convincingly how Garnett’s instincts proved correct in case after case, from E.M. Forster to John Galsworthy to Arnold Bennett and Edward Thomas. His own creative writing was a failure, including The Breaking Point (1907), a work for the stage about an unmarried girl who commits suicide when she becomes pregnant; the play was banned from public performance and instigated a highly visible campaign against censorship. But “his was to be the hand that ignited the flame of genius in so many,” as Smith writes. The novelist Henry Green, one of Garnett’s last and most original “projects,” captured the special quality of his gift. “He had not only read your work, the stuttering work, but he had seen in it more, far more, than in your dreams you had dared to claim. . . . Like a St. Bernard he could smell out the half-frozen body which, if encouraged, might yet be able to wrestle with words.”

Was Garnett as anti-modern as is sometimes supposed? Smith demurs. She raises his frequently cited advice to the publishing house Duckworth to pass on Joyce’s A Portrait of the Artist as a Young Man, which earned Ezra Pound’s wrath (“I have read the effusion of Mr Duckworth’s reader with no inconsiderable disgust. These vermin crawl over and be-slime our literature with their pulings, and nothing but the day of judgement can, I suppose, exterminate ’em.”) But she emends Garnett’s apparent dismissal with a second, follow-up report, where he notes, “Mr Joyce is to be reckoned with. You may dislike his work but you cannot ignore it. It is real, powerful subjective work, quite un-English.” Even where Garnett’s tastes were all wrong, his judgment was quite right.