4Columns returns with a new issue on September 3. This week we present our first summer missive: dancing in the movies. 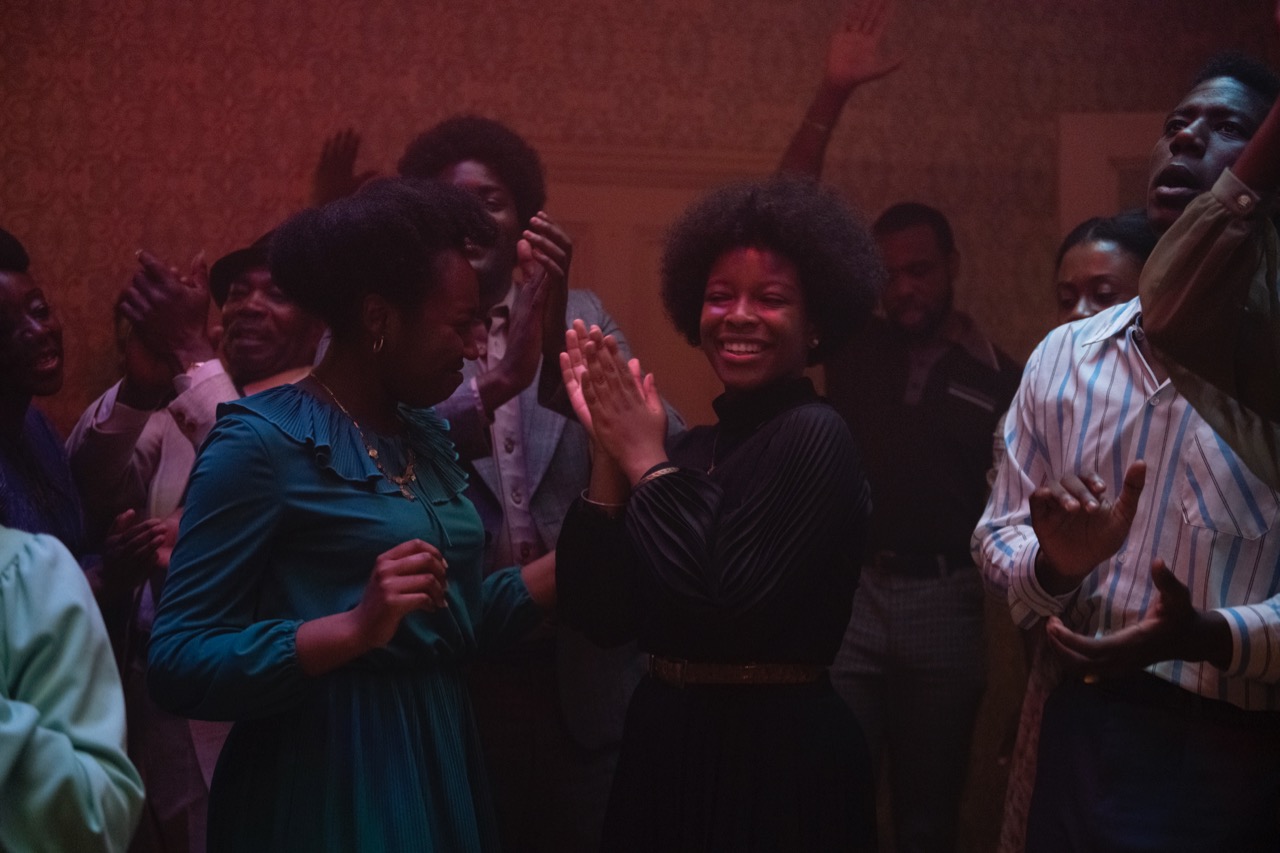 Restaurants, bars, movie theaters, and music venues have reopened, at varying levels of capacity, in New York City, where 4Columns is based. Now one of the most crucial components of the metropolis’s nightlife has joined that list: the dance club. As we once again gather to boogie en masse, we might wish to turn to cinema’s depictions of the dance floor’s utopian possibilities for inspiration and maybe even new moves. 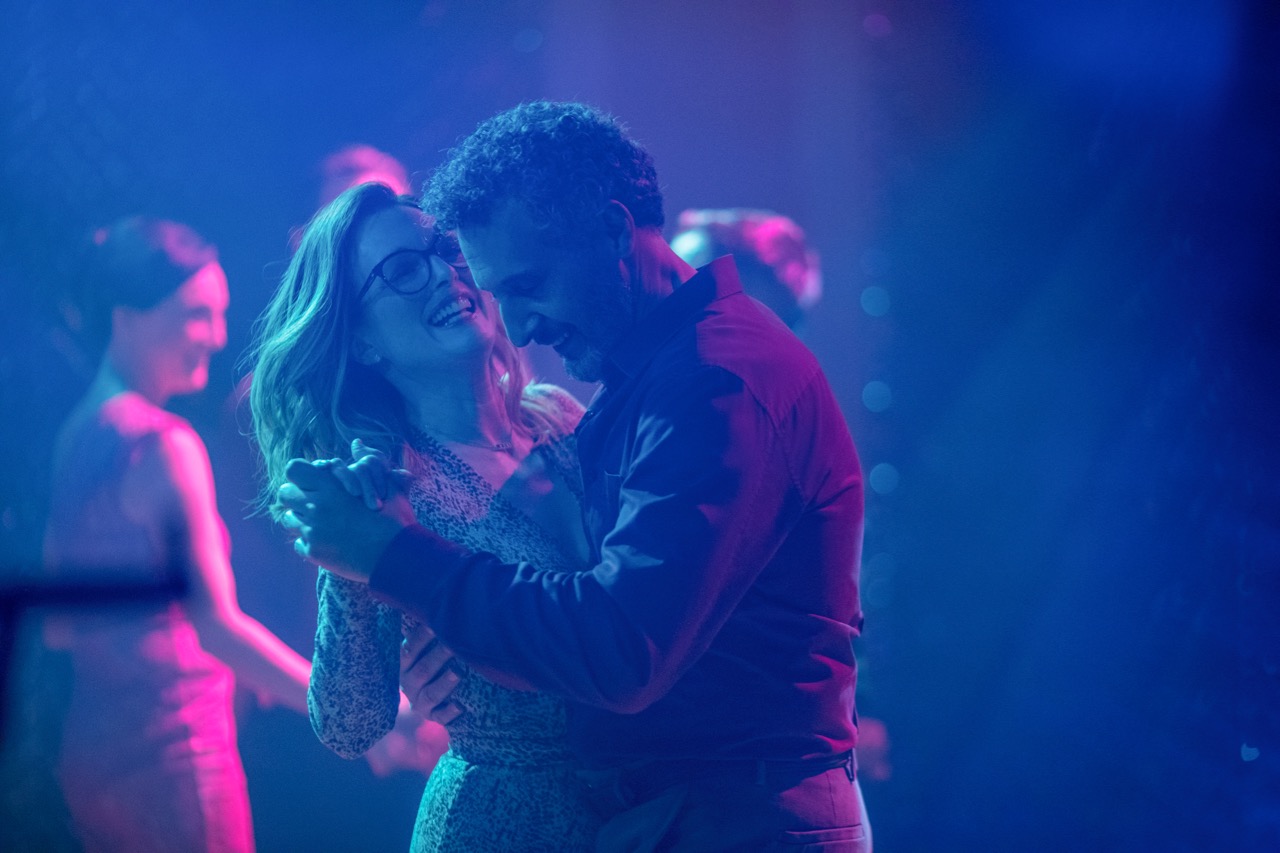 In her review of Chilean filmmaker Sebastián Lelio’s Gloria Bell (2018), his English-language remake of his own Gloria (2013), Michelle Orange notes the importance of club life to the title character, a middle-aged, divorced Los Angeles resident played by Julianne Moore. When we first see her, “she is a solitary figure painted in violet and fuchsia light. The crowd is graying, the music a mix of throwback pop and disco hits; Gloria sips a cocktail and scans the room. Often the frame’s sole occupant, she never appears entirely alone; even her loneliness is alive, pulsing to the beat.” If the film “is a less delicate animal than its predecessor,” Orange writes, its final scene nonetheless soars: “Having returned to the dance floor, in the wake of romantic folly and an increasingly fragmented personal life, Gloria starts to find the beat . . . The camera pushes in on Moore as she falls into Laura Branigan’s ‘Gloria’ . . . I felt the grief and persistence of a thousand Glorias, the way a lifetime’s wisdom can pour into a single groove. I drew close to this Gloria in particular, and watched with relief as she danced into a realm of her own, beyond compare.” 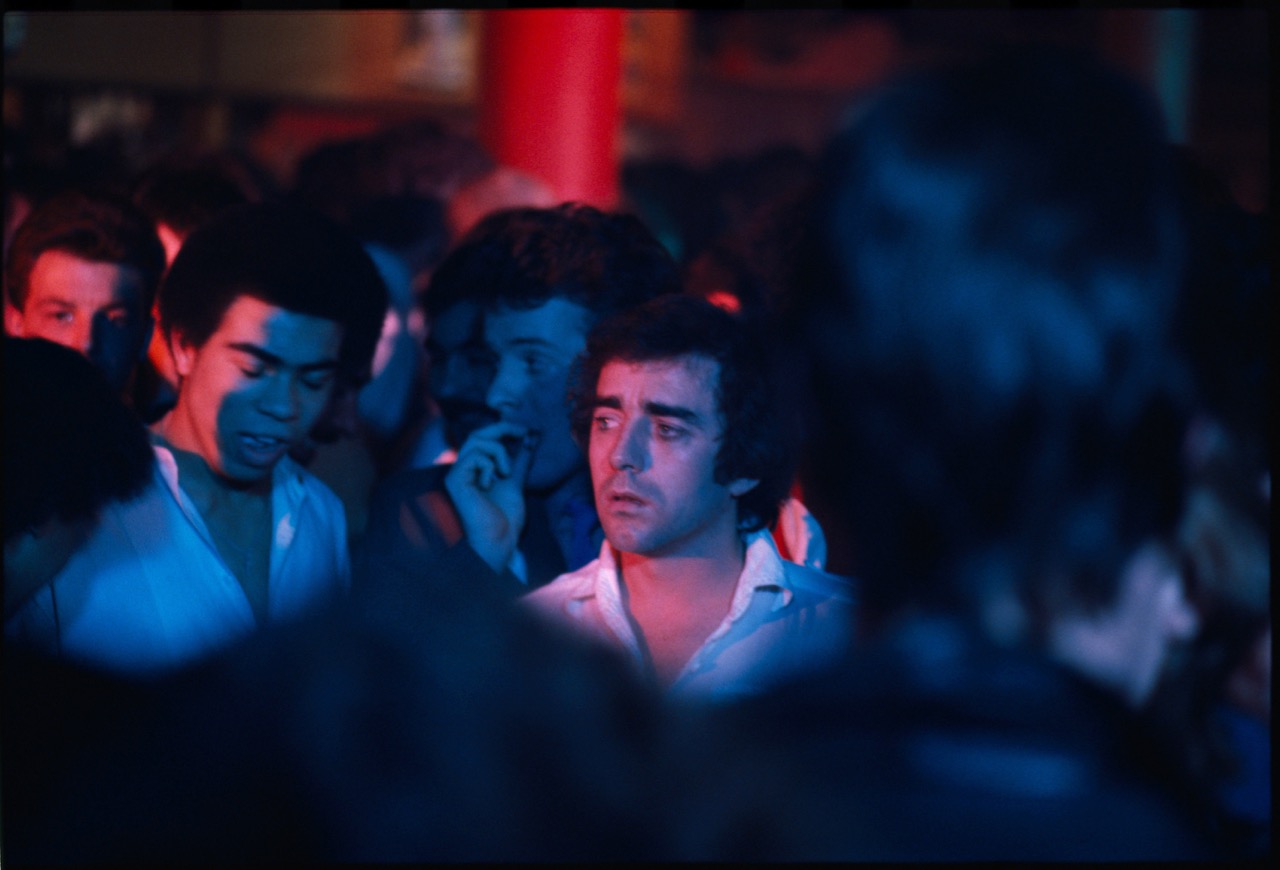 Forty years earlier, Ron Peck’s London-set Nighthawks (1978)—which tracks the diurnal and nocturnal practices of Jim (Ken Robertson), one of cinema’s earliest fully realized gay protagonists—took a slightly less rosy view of the club: “Here the dance floor becomes a space of both lusty liberation and disheartening ritual,” as film editor Melissa Anderson observes. But no matter how many banal conversations or humbling rejections he must endure, “there are ecstatic moments that elevate Jim’s routine nightclubbing,” Anderson continues. “One energetic dancer is filmed for a full minute or two, his limbs in constant motion as he loses himself to the four-on-the-floor rhythm. To a disco ballad, shirtless couples sway in tender embraces. Recalling his first time at a gay club while a still deeply closeted young man, Jim describes the experience to [a colleague] as a kind of deliverance.” 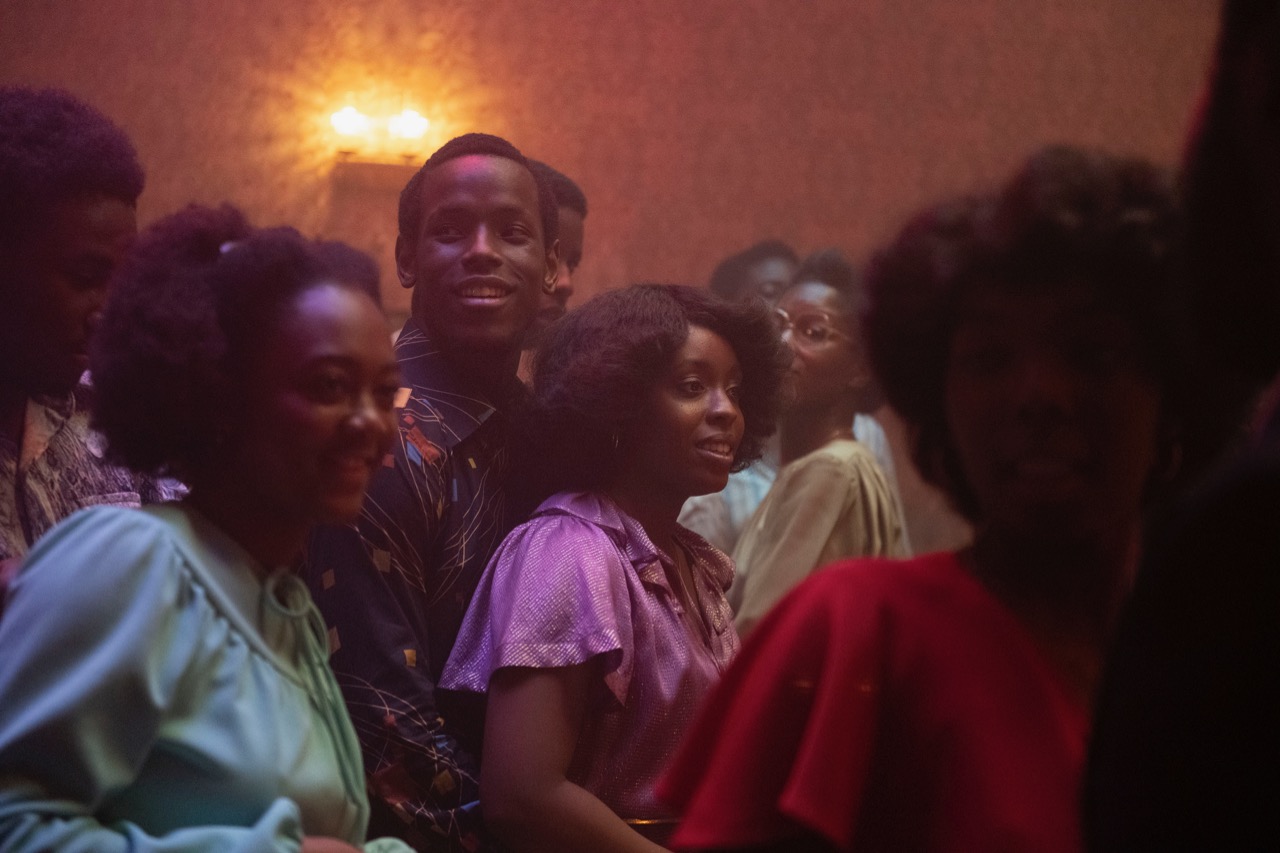 Another London movie, shot recently but taking place in Nighthawks’ era, exalts communal dancing even higher. Lovers Rock—one of the five films that make up Steve McQueen’s 2020 Small Axe anthology, each of which focuses on a particular chapter in Black British history spanning the late 1960s through the mid-1980s—is the “boldest” in the series, per Sukhdev Sandhu. Most of the film transpires at a house “blues party,” popular events that McQueen films as “sites of experimental architecture where outlaw youths jerry-rig terraced homes into mini-Tardises, engineering sound systems that produce pulsating basslines to transport listeners . . . out of Babylon.” One of the best scenes of Lovers Rock depicts the living room “smelting” to Janet Kay’s “Silly Games,” the 1979 anthem of the romantic style of reggae that gives the movie its title. “Time slows down,” Sandhu writes. “The walls start to sweat. Women close their eyes in secret rapture. Couples move closer to each other. Hands are draped across necks and waists. . . . The song subsides but the dancers can’t let go. They start singing, a cappella, Kay’s transcendent high notes becoming spiritualist murmuration, a gospel keening.” The segment beautifully distills the entrancing sensation of being part of a swaying crowd, a pleasure denied us for so long—one that we can finally reclaim.