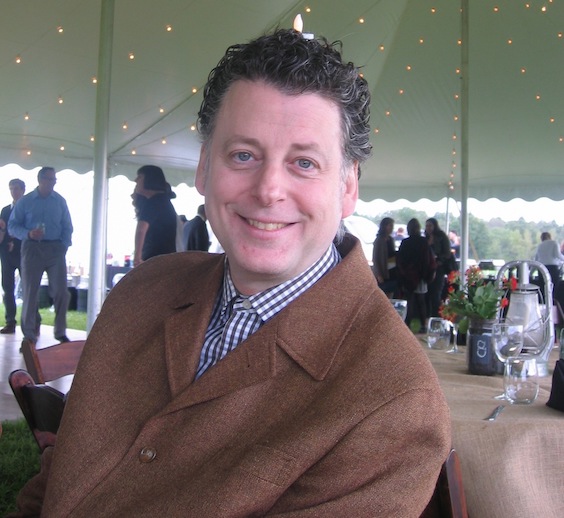 In 2018, the writer, cultural historian, and curator Maurice Berger was honored by the International Center of Photography with an Infinity Award for his regular essays on the intersections of race and photography that he contributed to the New York Times’ Lens blog. A short film made for the occasion shows Berger speaking at one point about one of his favorite photographs: an image taken by Gordon Parks on a 1956 trip to Alabama, where he was documenting the everyday life of Black residents in the Jim Crow South for a future piece in Life magazine. It depicts a woman named Joanne Wilson and her young niece standing in front of a movie theater, under a neon sign brandishing the words “Colored Entrance.” Wilson and her niece are dressed beautifully, the former in a pale blue dress, with white earrings and pumps, white pocketbook in her hands, the latter in a tiered lace frock, white socks and Mary Janes on her feet, and pink bow in her hair. The child looks out in frustration toward the street; her aunt does, too, but tinged with something else—concern, perhaps. 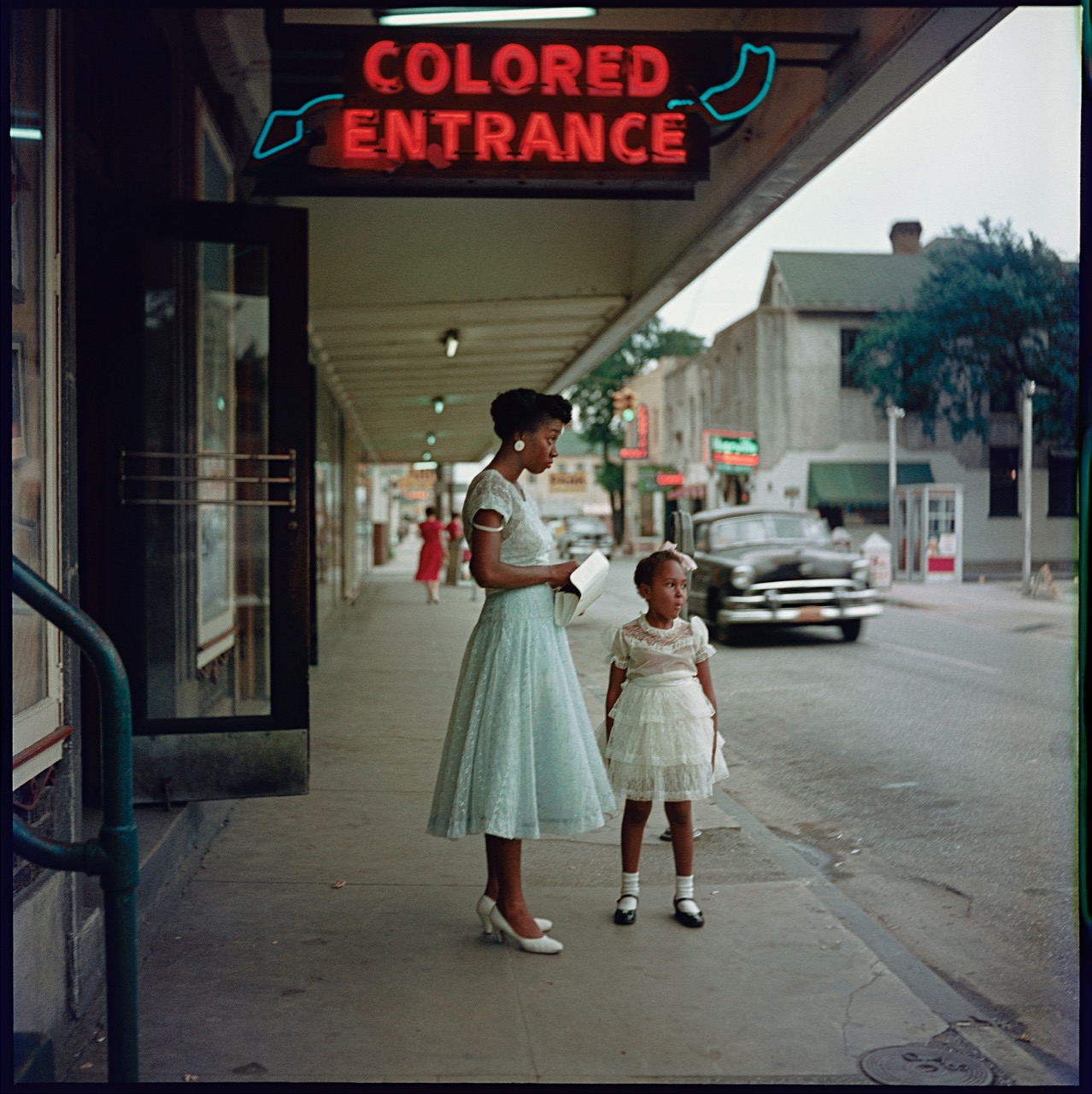 Berger interviewed Wilson in 2013 for Lens. Wilson explained the moment recorded by the image: as they were walking by the theater, her niece smelled the popcorn inside and begged for some. Wilson demurred, not wanting to abase herself or this child she loved by taking her through that door; she was trying to think of where else she could buy a treat. Almost sixty years after it was taken, Wilson spoke with pride of her decision to appear in Parks’s series for the sake of advancing the cause of civil rights—a decision that did not come without risk, given that other of Parks’s subjects were persecuted by their white neighbors for doing so. She told Berger that her only regret was the fallen strap of her slip, visible on her upper arm. “I always wanted to look neat and nice,” she said. “I did not want to be mistaken for a servant. Dressing well made me feel first class. I wanted to set an example.”

For Berger, though, it was precisely this detail that made the photograph so powerful. Where at first a viewer might read the image, with that stomach-turning neon sign, solely through the lens of difference—as a record of the harsh conditions of racist segregation that may or may not ever touch her life directly—that errant strap allows for a moment of recognition, too: it is an index of the distraction that results from the everyday experience of a woman tending to a child, no matter her race. That poignant element is an invitation to consider our shared humanity, and an opportunity for empathetic identification—one that, in Parks’s hands, could undermine the concept of difference itself.

The everyday and the precise attention to detail: these were the leitmotifs of Berger’s decades-long analysis of the way both Blackness and whiteness have been constructed in our world of images—whether in art, journalism, television and the movies, or other forms of culture, high or low. For this tenacious anti-elitist who grew up poor, queer, and Jewish in a low-income housing project on the Lower East Side, a rare white face in a community of mostly Black and Puerto Rican families, the distinction between high and low culture was one of the many hierarchies he sought to dismantle.

His groundbreaking, genre-bending memoir, White Lies: Race and the Myths of Whiteness, published by Farrar, Straus and Giroux in 1999, was structured around his close observations of the ways in which racist ideas assert themselves in our own, quotidian activities: how, for example, his dark-skinned Jewish mother dealt with anti-Semitism by both hating Black people—creating an even more othered other than herself—and by going through the daily ritual of putting on skin-lightening makeup, oblivious to the connection between those two activities.

A 2017 Lens piece about the photographs of white supremacists marching in Charlottesville, Virginia, asked us to pay heed to the “ordinary people who typically perpetuate white supremacy . . . sons and daughters, siblings, spouses and parents who today have traded Klan hoods for polo shirts and khakis. Many are college educated and employed in white collar jobs. They look like people we know—friends, co-workers, neighbors and family. And they have one thing in common: an allegiance to a scurrilous ideology bent on intimidating, disempowering, and even annihilating African-Americans, Jews and others they view as foreign or racially impure.”

If both his mother’s racism and Parks’s anti-racism were visible in and enacted by minute details—the choice of makeup color, the glimpse of some lingerie—Berger applied such analysis to his own movement through the world. He was a white man who had grown up, as he said, hearing the stories and histories of his POC neighbors and classmates, people largely overlooked in mainstream culture. This upbringing inspired him to dig deeply into the history of Black artists and cultural producers and to advocate for emerging artists of color over thirty years of exhibition making and critical writing. It also underlined for him his skin privilege. “As a Jew,” he wrote in 2017, “I have known anti-Semitism. As a gay man, I have known homophobia. But neither has seemed as relentless as the racism I witnessed growing up—a steady drumbeat of slights, thinly-veiled hostility and condescension perpetrated by even the most liberal and well-meaning people.” He was determined to challenge this injustice not only via his writing, whose lively and limpid prose was designed to be accessible to the largest possible audience, but through his attention to people in all their humanity.

As tributes to him begin to appear on social media following his tragic death on March 22 due to complications arising from COVID-19, it is clear that his daily encounters—his micro-encounters, even—were full of generosity and kindness. He was a mentor to artists, curators, and thinkers of all stripes, though he took special care to make space for Black cultural producers who have been for too long excluded in a deeply segregated art world. At the same time, while he was bravely outspoken when it came to speaking truth to power—to museums, to the media, to those important individuals whose influence was built on the foundation of white privilege—he was full of encouragement and empathy to those non-Black people who were sincerely embracing the project of anti-racism, even if belatedly. (He had no sympathy for the all-too-common phenomenon of white art world superstars opportunistically recasting themselves as civil rights champions, however.)

I was one of these late arrivals to the project that Berger had been toiling at for decades, and we would sometimes discuss my own anxieties about the work and my capacity to do it. He never once talked me out of my own self-doubt—it was precisely that self-doubt, or rather self-questioning, that was required of all of us wanting to lay bare the ways white supremacy structured the world. If I was doubting, it was a signal, he said, that I should be learning and listening more. But he also reminded me of the rewards that accompanied such work. In an email from this past November, he offered this sage advice: “So there is always much work to be done, especially if you decide to walk down this path. The work never ends. . . . But this path has also engendered great joy, love, and respect. . . . I wouldn’t trade this path for anything.”