From thirty years ago in Berlin: the experimental composer releases
Music with Memory. 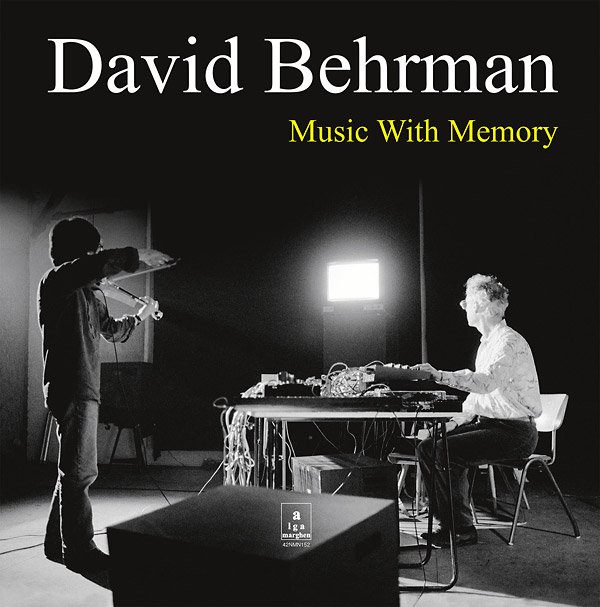 Music with Memory is the poetic title of the experimental composer David Behrman’s remarkable new album, which collects three of his live performances from the 1980s. One could imagine “music with memory” as elegiac and nostalgic, or meditative and reflective. Perhaps it reminds us of its ties to history, or to our concept of time. But the truth of Behrman’s title is less romantic, and more functional: he is referring to computer memory.

In 1986, the composer John Driscoll and the curator Matthias Osterwold devised the term “music with memory” as the name for a festival in Berlin, to showcase compositions made using what were then called “microcomputers.” Behrman was part of this festival; two of the three pieces on this album, “Interspecies Smalltalk” and “Circling Six,” were recorded there, at a cinema that still exists in Kreuzberg called Eiszeit-Kino. The third piece on the album, “All Thumbs,” documents a performance in Berlin a few years later, in 1989, at the Akademie der Künste.

By the 1980s, computer music—which was born on the massive military-industrial computing machines at institutions like Bell Labs in the 1950s—had entered into a newer, more approachable era. It was a time of quirky magazines like Byte and Creative Computing, and early personal computers like the Commodore 64 and the Apple IIe. Cheaper than the mass-market computers were the homebrew devices that some enterprising artists, musicians, and hobbyists used; these were sometimes little more than a circuit board with a processor. In the late 1970s, Behrman began experimenting with a microcomputer called the Kim-1, which boasted a whopping 1152 bytes of RAM, to help create his 1978 record On the Other Ocean—a sumptuous and expressive album interleaving computers with acoustic instruments like cello and bassoon.

Music with Memory begins with “Interspecies Smalltalk,” a phenomenal work that was originally commissioned by John Cage and Merce Cunningham as the live soundtrack for the dance Pictures (1984). “Interspecies Smalltalk” was performed by Behrman in partnership with the Fluxus artist, violinist, and improviser Takehisa Kosugi—known not only for his solo work, but for his collaborative projects in the 1960s with the Tokyo improvisation collective Group Ongaku, and in the 1970s with the Japanese psychedelic jammers Taj Mahal Travellers. 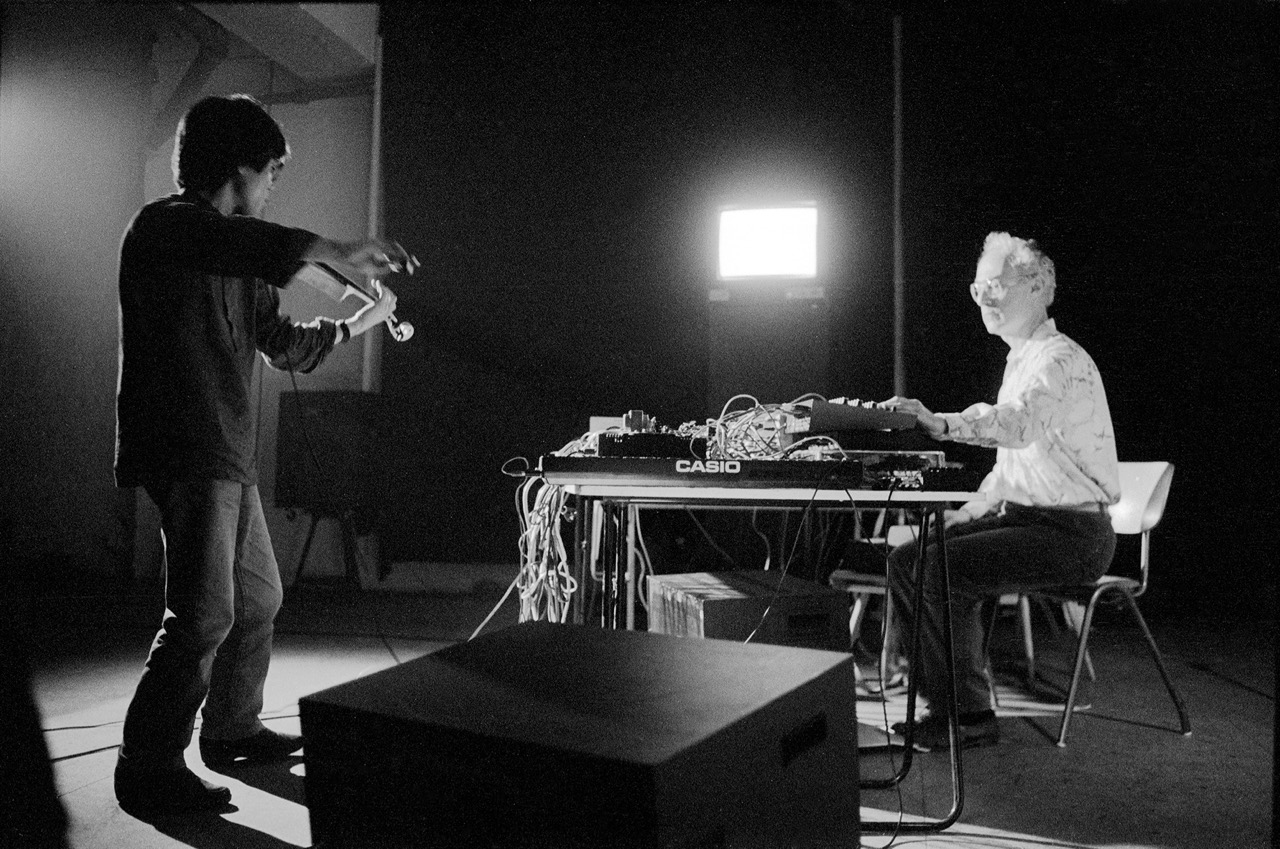 “Interspecies Smalltalk” is warm and enveloping, slowly unfurling with Behrman’s kaleidoscopic electronic loops and Kosugi’s graceful violin. Kosugi’s playing is rich and melodic, suffused with the resonances of a bygone era. The odd mixture of timbres is inspired; the honeyed wood tones of the violin and Behrman’s electronics feel of a piece with each other, collapsing old and new technology into one. “The electronic gear consisted of pitch sensors (‘ears’ with which it listened to the performing musicians), various music synthesizers (some homemade), a video display and a personal computer,” writes Behrman in the liner notes. “The pieces were made with computer programs governing interaction between performers and the electronics. The software created situations rather than set pieces. The performers had options rather than instructions, and the exploration of each situation as it unfolded was up to them.”

Behrman’s technical description does little to shed light on why “Interspecies Smalltalk” feels so alchemistic and mysterious, but his design—inventing a possibility space, rather than a sharply defined composition—goes some distance in explaining the music’s fluidity. By using simple pitch sensors, he devised a way for the computer to interact with a performer in real time, injecting surprise and intrigue instead of manipulating all of the sounds himself.

“Circling Six,” the next piece on the album, uses a similar computer system, and features a different performer—the musician Werner Durand on soprano saxophone. (“Circling Six” was an alternate version of a Behrman piece that came to be called “Leapday Night.”) In “Circling Six,” six short synthesizer loops are triggered by Durand’s elegant saxophone playing, in a seemingly erratic and sudden fashion. Short bursts of electronic tones, in drastically varying pitches, shift around wildly, while the saxophone remains tranquil, softly rippling like water in a lake. As with “Interspecies Smalltalk,” the acoustic instrument and the electronics feel like they belong together; the contrasts between them fuel the piece with vitality. 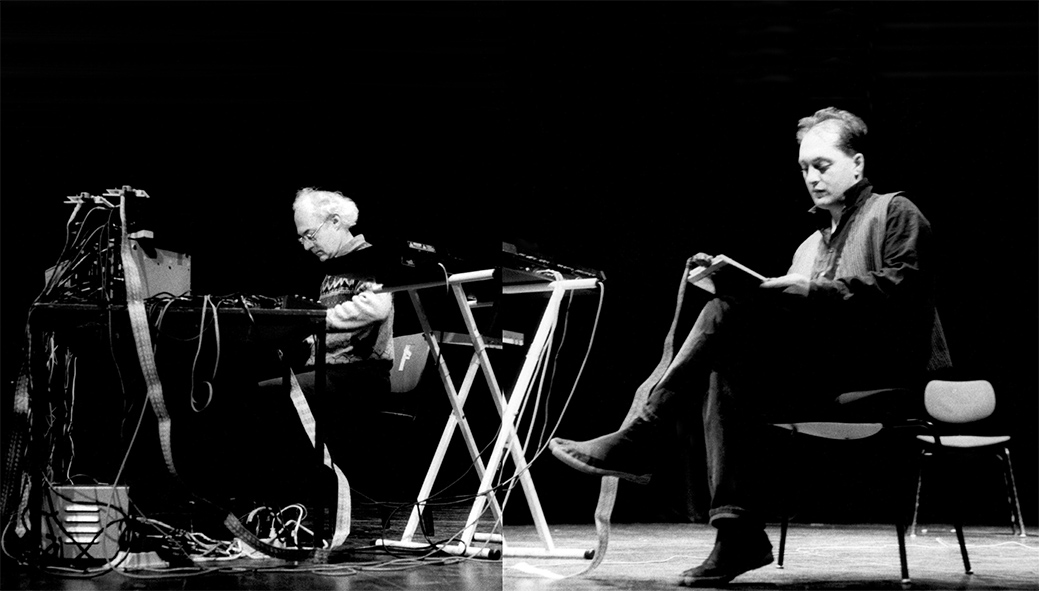 “All Thumbs,” the final work on Music with Memory—performed with the composer and musician Fast Forward—was made using two mbiras, or African thumb pianos, which generally involve a small piece of wood fitted with an array of metal tines, and a resonator to amplify the vibrations. Behrman electrified them, connecting the tines to sensors and a computer system. The mbira playing is dynamic and fast-paced, complemented by blips that seem to fly around the room, generating an explosion of percussive energy.

Experimental music is sometimes maligned by detractors for being dry, distant, and unapproachable. Music with Memory is a powerful counterexample. These tracks from thirty years ago still pulse with life, showing what a resplendently rich and profoundly sensory experience listening to this music can be.

Music with Memory is the best album of newly rediscovered experimental music released so far this year. It is also deeply inspiring. The computing prowess that Behrman employed in the 1980s is extraordinarily basic compared to the massive networks and hugely powerful devices we all carry in our pockets now. And the DIY hacks, rudimentary sensors, and simple programs that were used to make these little machines into “improvisers” aren’t that difficult to build. The genius lies in the design of these three pieces. Behrman was clearly listening with a keen ear, as a musician and a composer, to select collaborators and create pieces that were both interesting on a cerebral level and engaging on an emotional one. This is music that teems with abundance—in its lavish timbres and textures, in its ideas about social interaction and our bold technological future. Music with Memory is difficult to forget.