A debut album of ocean-inspired ambient tracks by an under-recognized pioneer of electronic music. 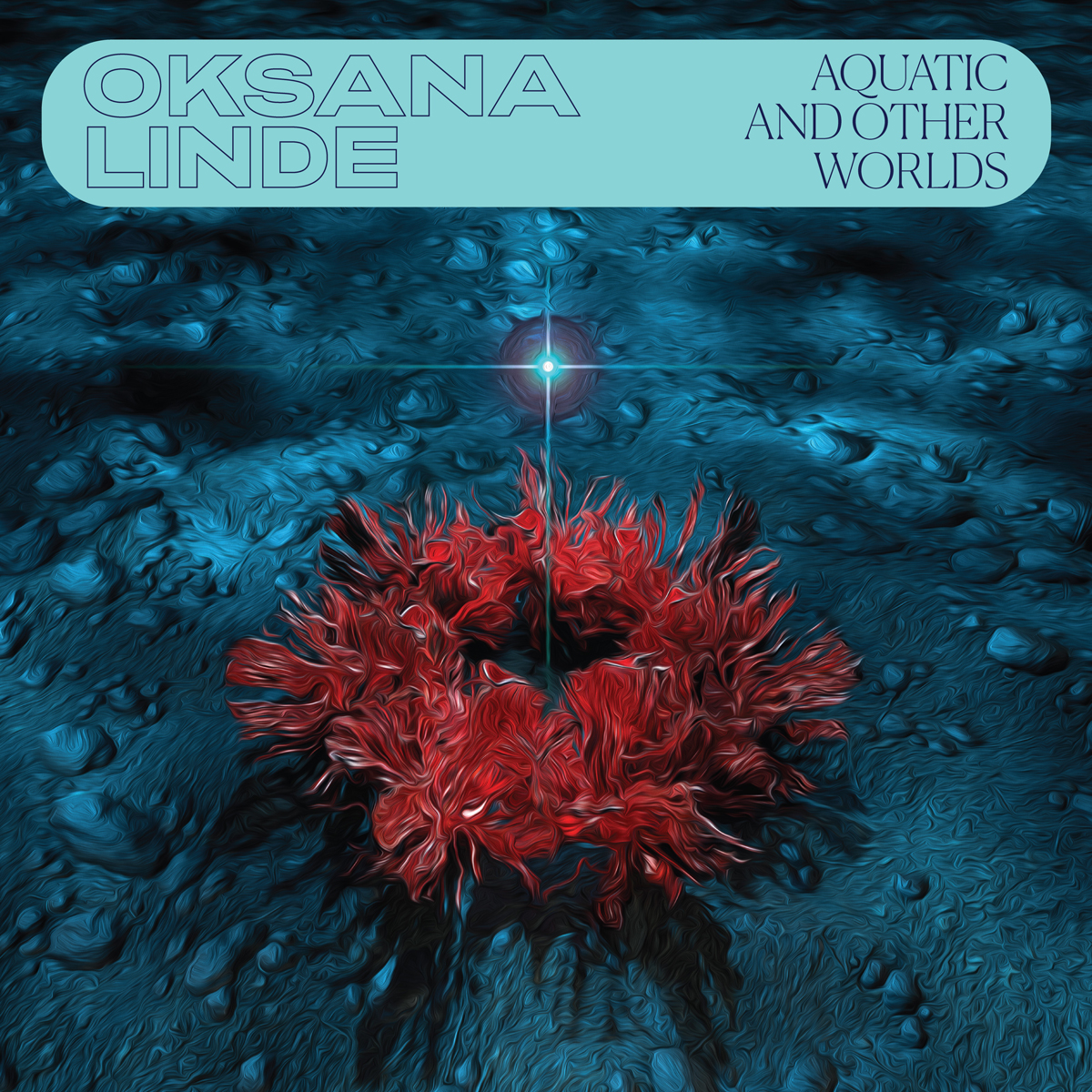 Every once in a while, you come across old music that generates a shock of new excitement. Aquatic and Other Worlds, composer Oksana Linde’s debut album, which collects mostly unpublished ambient music from her early career, is full of such revelations. It is a deeply immersive experience that bears the traces of its time, but it is also ageless. Linde, now seventy-four, is a relatively unexplored figure in the history of electronic sound, and her absorbing body of work merits broader recognition.

Linde’s ancestry is Ukrainian. Her grandfather, Vasyl Krychevsky, was a noted artist and architect who, in addition to buildings, designed Ukraine’s state emblem in 1918 as well as banknotes and other items of national importance that are still remembered today. Her parents escaped the country in the onslaught of World War II, ultimately setting sail for Venezuela, where Linde was born, in 1948, in Caracas. 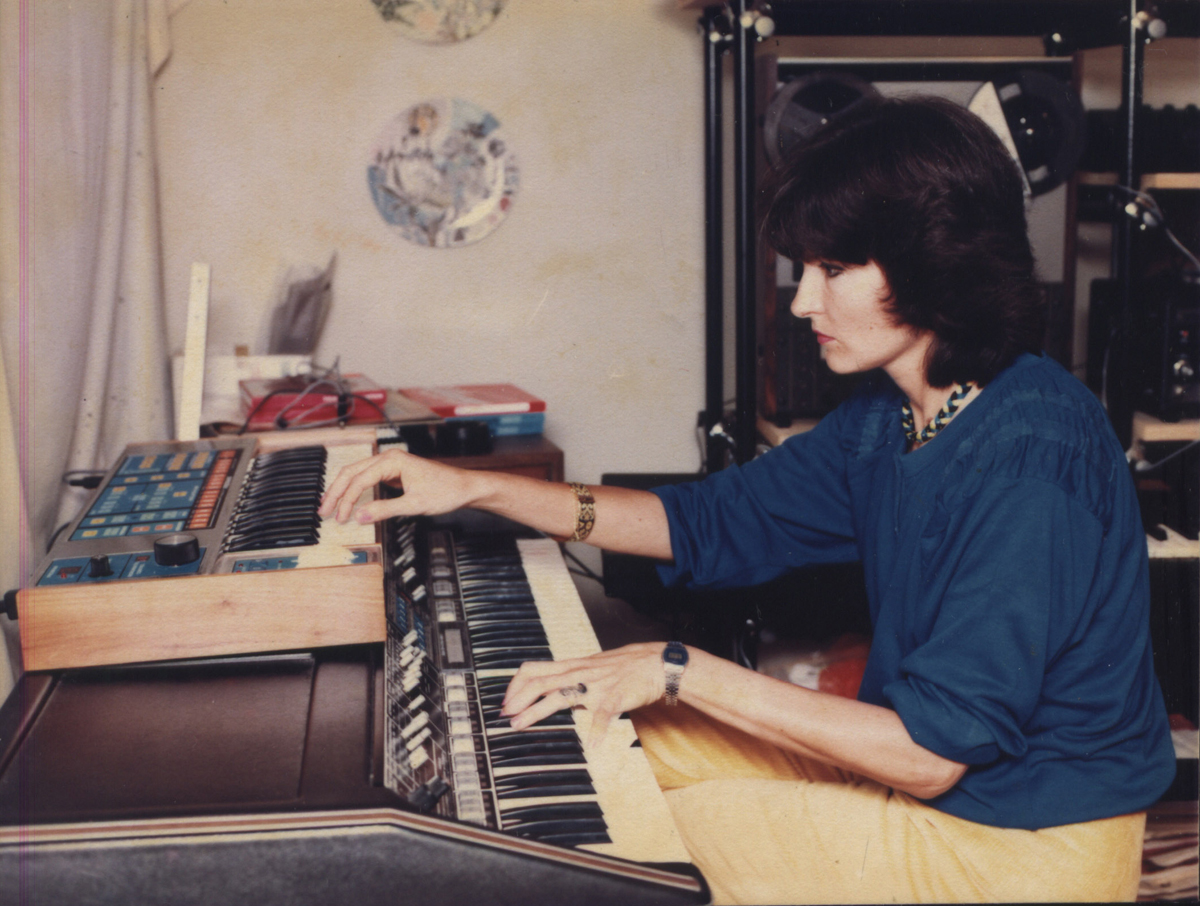 She was drawn to music at a very young age, especially the melancholy majesty of Claude Debussy’s piano prelude “La cathédrale engloutie” (The Sunken Cathedral). (Debussy’s imaginative music had a huge impact on many electronic composers; some, like Isao Tomita, created their own memorable versions of Debussy compositions.) She played piano, and learned to play some Ukrainian songs. She was inspired by nature—particularly oceans—and developed an abiding interest in oceanography. “When I first met the sea at the age of five, it made a big impression on me. Its immensity, the sound of the waves, the colors,” she wrote to me in an email interview. Later in life, she became fascinated by the boundless possibilities of electronic music, and began creating it after leaving a career in scientific research at the age of thirty-three.

For Linde, composing has always been an intuitive, almost synesthetic process. “I cannot explain what was going through my mind,” she told me. “Scenes, colors, movement. I love the music that makes me feel in open spaces or floating. I mean, the Cosmos, the oceans. Imaginary voyages, the unknown. Something that would make you feel lost in ‘a sea,’ meditating, or dreaming while awake. . . . I love rainforests, rivers, waterfalls, lakes, mountains, rain, storms, animals.” 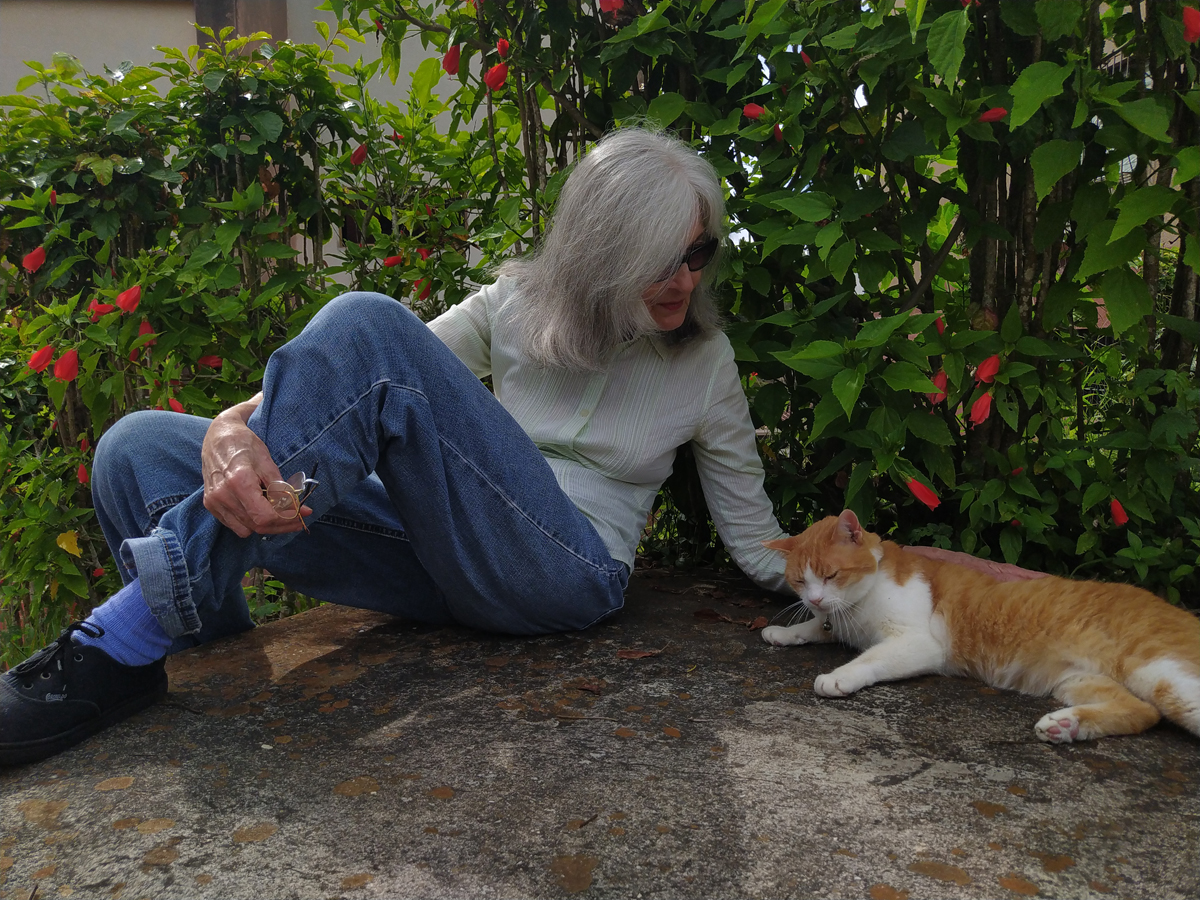 Aquatic and Other Worlds includes pieces from 1983 to 1989, when she was working with just a few synthesizers, including the Moog Polymoog, a polyphonic synthesizer originally developed in the 1970s; a Moog Source, a small monophonic synthesizer manufactured from 1981–1985; and the Casio CZ-1, a digital synthesizer introduced in 1986. How does the music sound? Picture the stark, elegant Side Two of David Bowie’s 1977 masterwork Low; spacey, somber vintage–video game soundtracks for Atari and Nintendo; mesmerizing sci-fi film scores, like the original Tron from 1982; the lyrical electronic romanticism of Tomita and Vangelis. Another comparison would be Angel Rada, one of Venezuela’s best-known electronic composers and musicians. But while these references point in the general direction of Linde’s early music, she sounds utterly unique. 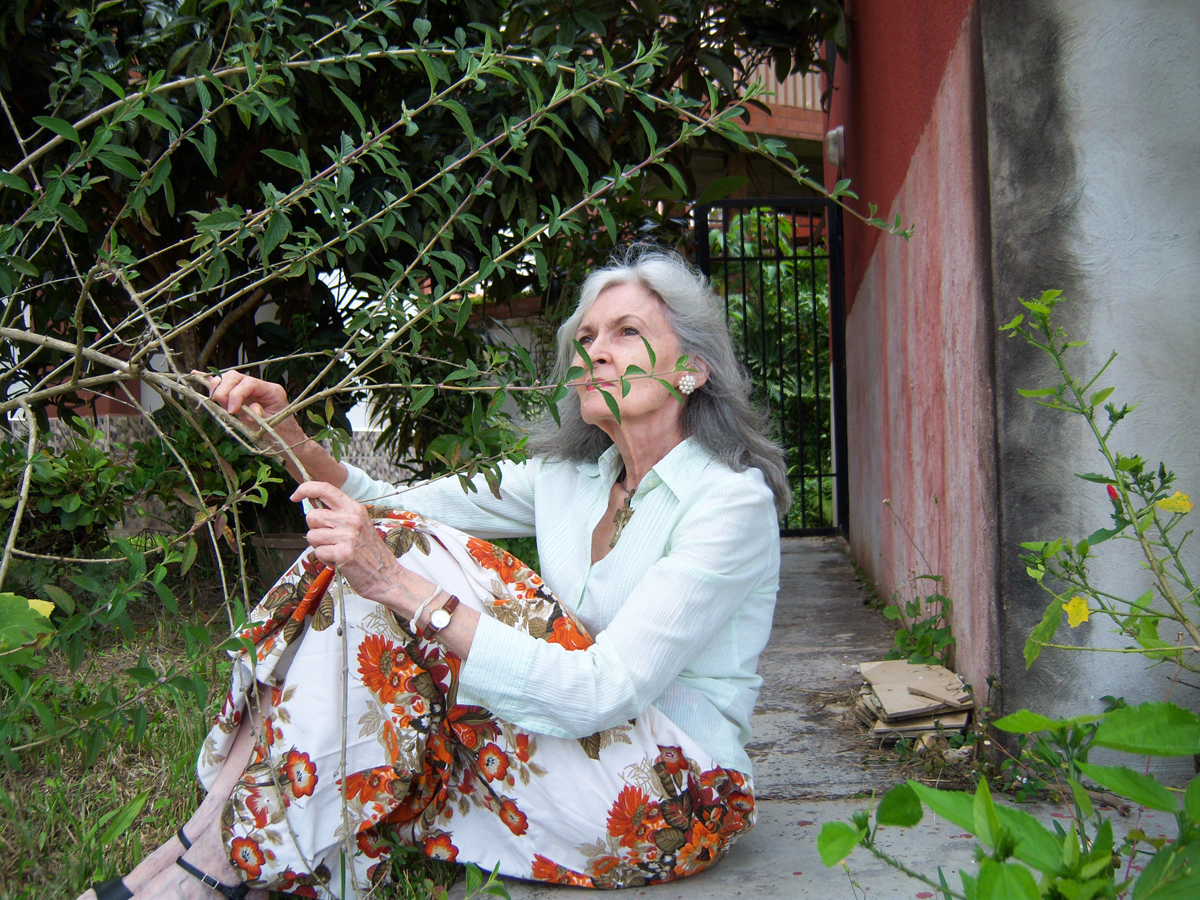 The opening track, “Intromersion,” sets the stage for a new landscape. It appears mysterious and uneasy—as if you were exploring unfamiliar territory. The next, “Viaje hacia la luz” (A Journey into the Light), continues in this slightly ominous feeling but slowly blooms into some bright, melodic moments. There’s the sensation that the music is trying to tell a story—that it is moving toward something. Then, “Casino playa caribe” abruptly sets a more positive, buoyant tone. For the first time, we hear a beat—a cheery pulse, an optimistic keyboard line. It is reminiscent of the German group Cluster’s 1974 album Zuckerzeit in the hazy warmth, the chipper rhythms.

Then the mood grows dark again. “Bajo la lluvia” (Under the Rain) is morose, with glassy staccato sounds like raindrops, and “Estudio para una sinfonía folclórica ucraniana” (Study for a Ukrainian Folk Symphony) is similarly downcast. The atmosphere lightens with “Mariposas acuáticas” (Aquatic Butterflies), filled with luminous twinkling sounds, before dimming back down with “Psicocatálisis” (Psychocatalysis), which wanders around without much of a satisfying ending.

Then, suddenly, there is a resounding resolution. “Descrubimiento” (Discovery) is triumphant and celebratory. It is a glorious piece of music, and the most instantly accessible track on the album. But it isn’t just happy—like a lot of great songs, it is joyful and forlorn at the same time. The next few pieces traverse an array of emotions, and the closer, “Ensueño,” is soft and peaceful. 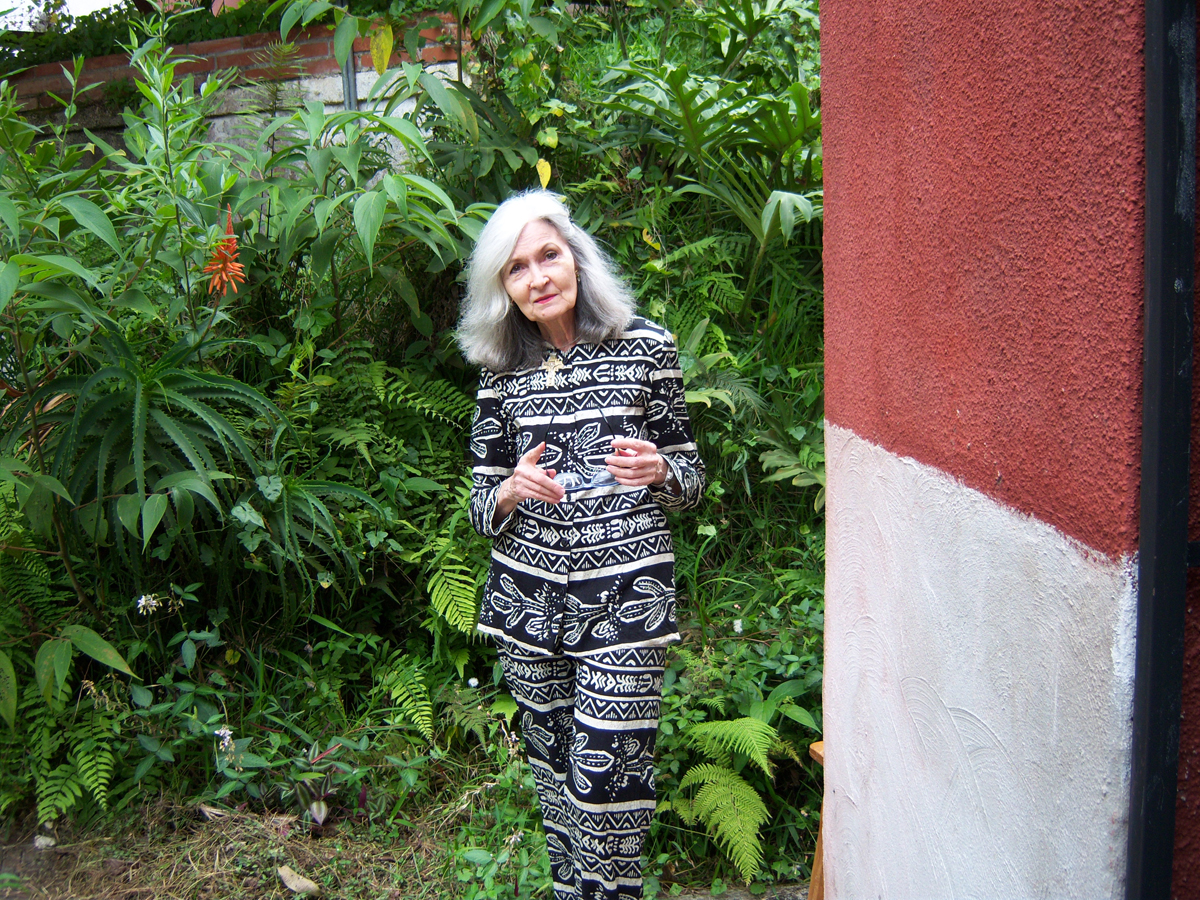 The enchanting minimalism of Aquatic and Other Worlds brings me back to my childhood, when I first became enraptured with electronic and computer music via video games like Marble Madness and Metroid. I was inspired by how their soundtracks created great emotional depth within tight device constraints and a limited sonic palette. They made canny use of silence, with spare melodies that were both melancholy and ecstatic. Though they were quite simple harmonically and in timbre, the music was unforgettable. 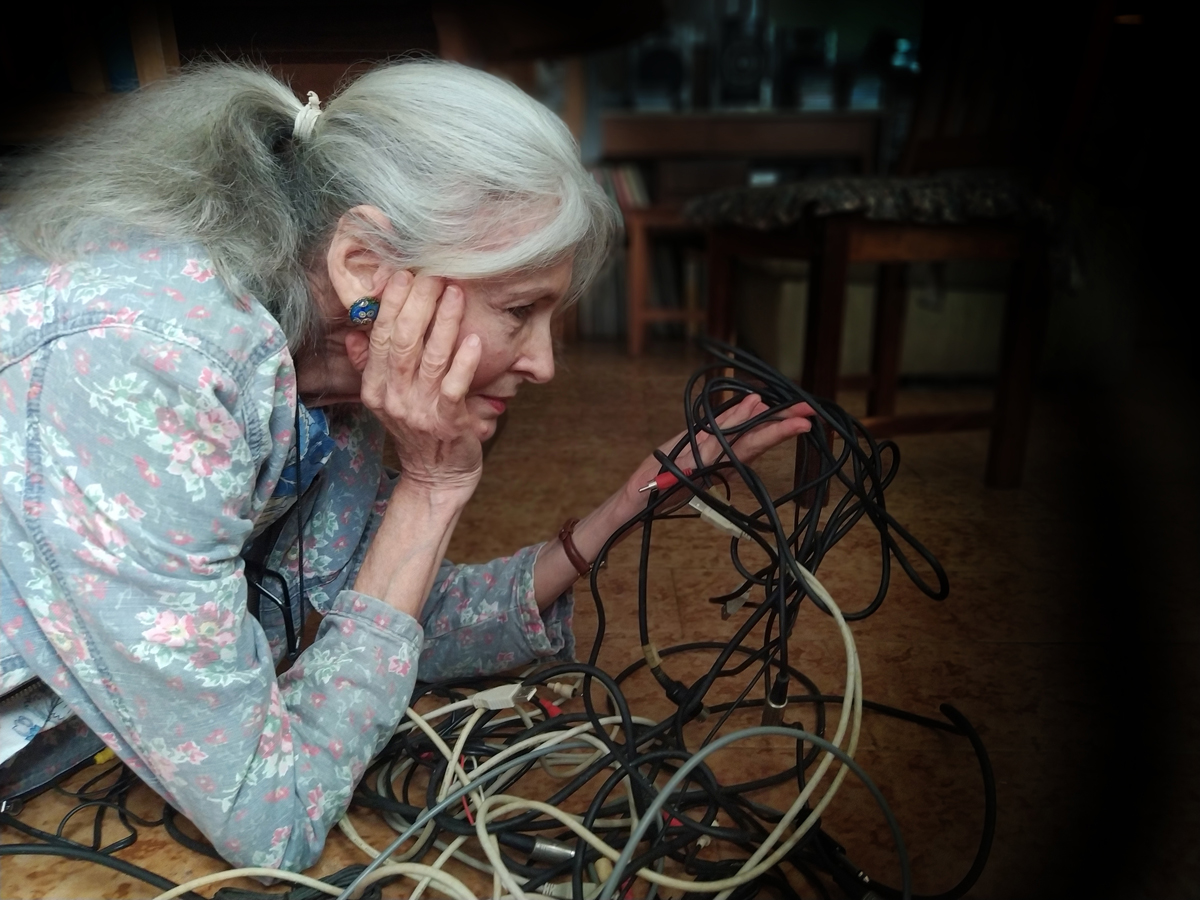 Now we have access to an unfathomable array of sounds. We have endless sample libraries, patches, digital audio workstations, apps, and virtual synthesizers. We have incredible processing speed and storage capabilities that would have been unthinkable even ten years ago. And yet, even with all these seemingly unlimited choices, it is music like Linde’s, nearly forty years old, that reminds us of what is still possible.

In a YouTube video released by her label Buh Records, Linde plays “Descrubimiento” on a piano. Devoid of the original synthesizers and effects, the song still works; it’s moving and transporting. She is still making new music. “Being a descendant of Ukrainians, today, more than ever, I want to incorporate more traditional Ukrainian musical motifs in my compositions,” she said in an interview with Fifteen Questions. One hopes she will, and that these songs will live on.