A new album from an avant-garde “discomposer.” 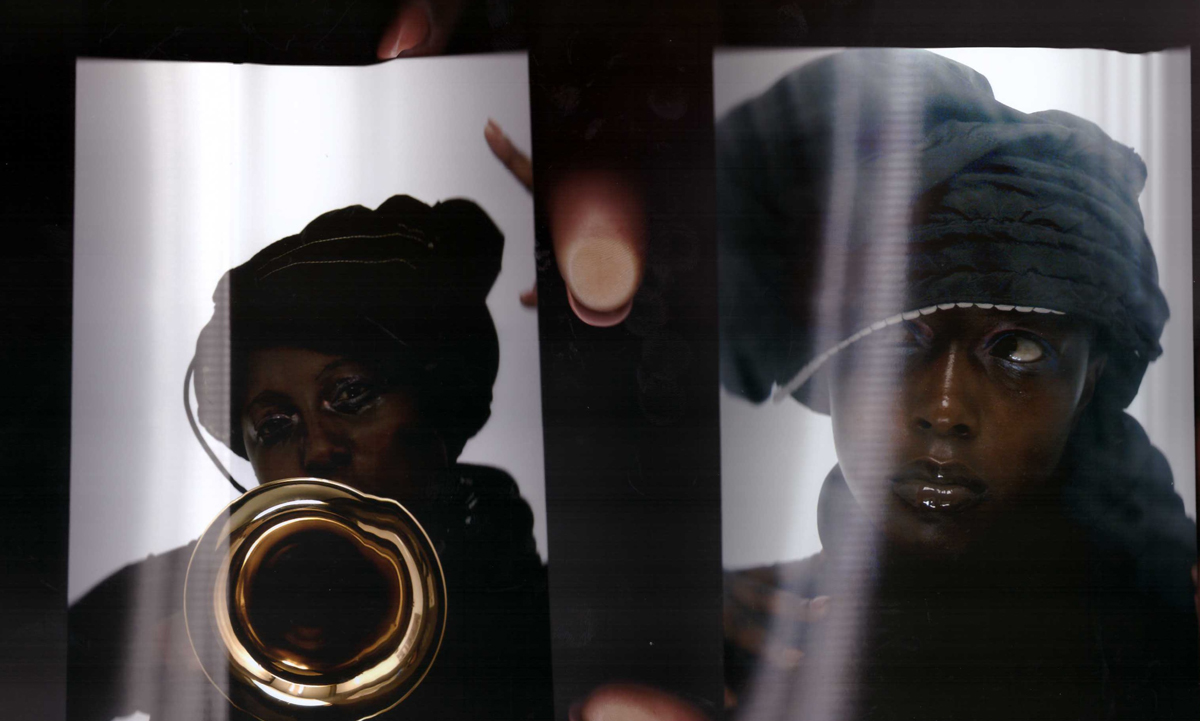 In the recent video for “Roc,” a track from her new album Harmattan—the title refers to a dry, windy season in West Africa—the London-based musician Klein points her camera at the city by night. The bell of a trumpet sneaks into the bottom of every shot, and a timecode tells us it’s close to midnight on the first of June, 2020. At the tail end of the first pandemic lockdown, very little is happening on the streets of Lewisham, south of the river. Shuttered businesses, vacant bus stop, H&M sign glowing, brief glimpse of the artist in a mirror, woozy glare of a corner-store outing that already (though it’s not that late) feels a little too much. And the music? The trumpeter is Baltimore’s Brandon Woody, but it might take you a moment to realize that’s a horn in the song’s foreground, buzzing and insectile. The bright surrounding brass and electronic shadows make for something arid and parched. Sketches of a Spain of the mind alone, in time for a summer that will scarcely happen.

“Roc” is also a reference to Jay-Z’s annual Roc Nation Brunch: a playful but not unreasonable reference point (or aspiration) for an artist who in recent years has supported Björk, made stage and film versions of a musical, Care, and now arrives on the prestigious classical label Pentatone. Since 2016, Klein has been releasing music that is both eclectic and involuted, oddly private and at the same time born of her fondness for mainstream pop and seemingly blander genres. It’s a music composed of homemade drones and blurry samples, sudden eruptions of rhythm, voices half buried. Among these last: ecstatic preachers, snatches of intimate chat, fragments of dialogue from Nollywood films. (Klein’s family is from Nigeria; she spent a brief period there while growing up.) And always, flashes and hints from multiple genres: gospel, grime, near-Goth dream pop, futurist R & B from the early 2000s. Though her presence on Pentatone confirms Klein’s status as avant-garde “discomposer” (as Fred Moten puts it in a brief liner note), it’s worth considering some of her stated influences: Brandy, Kim Burrell, Andrew Lloyd Webber, Foo Fighters. 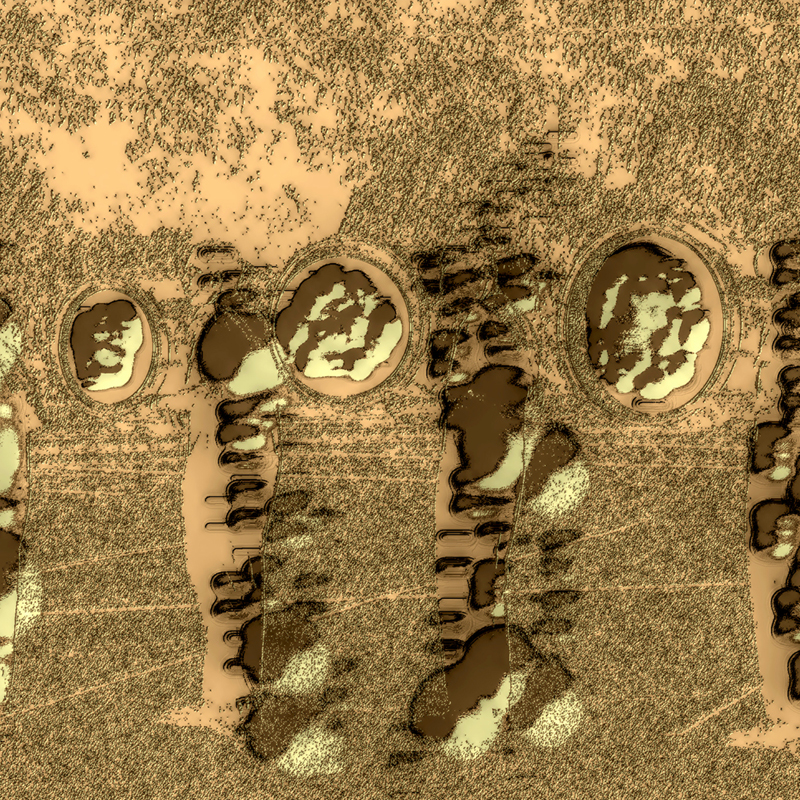 There is a strain in Klein’s work that you would have to call ambient—though in her case it is not so much a music designed to instill or accompany calm and drift as a practice derived from aimlessness itself. “I just like the idea of making folklore out of reality TV,” she said in an interview with the Fader in 2017. The supposedly dead time of a solo Love & Hip Hop binge becomes the setting for experiments carried out (at least on her early recordings) using the somewhat antique, free, relatively crude sound-editing application Audacity. You can hear remnants of such methods still on Harmattan, in the way a sound will start to crackle into the red, then subside again into licit frequencies. Glitch sounds too anxious or lively a word for such moments, too much a matter of the deliberately accidental digital artifact—it’s rather a question of a shut-in noisemaking state of mind that welcomes overload as an extension of mood. A track like “Not a Gangster but Still from Endz” drifts from one steady state to another, from rumble to whine, languid silence in between.

How “classical” is all of this? (Klein in a recent interview with gal-dem magazine: “Hans Zimmer, your time is up bruv!”) Harmattan opens with “For Solo / Piano,” which the self-trained musician describes as a small history of piano-playing styles—a reminder perhaps of Black virtuosity and classicism in genres rarely coded as classical. In its slightly lurching fashion, “For Solo / Piano” operates as an overture of sorts, or a silent-movie accompanist’s flourish before the phantoms start to flicker. I’m not the first to point to a ghostly vibe in much of Klein’s music, and for a time she was signed to the Hyperdub label, home of the spectral dubstep of Burial: object of much “hauntological” theorizing a decade and more ago. A certain eldritch quality might be one reason Klein has been embraced so readily by critics of a certain vintage, and maybe (mea culpa) there is a glibness involved. Still, Harmattan definitely has its wraiths and manifestations, not least on “The Haunting of Grace,” which broods for a while before brightening into a kind of apparition. (The “Grace” of the title is of course partly “Amazing Grace,” with all that’s implied about a hymn written by a former slave trader.)

And then there are the voices. Frequently in Klein’s smeared version of song, voice is a mere reminder of voice, a material pitched, drawn out, or repeated till it’s hardly human. (“I had a dream about Brandy. She was like, ‘Klein, I think less echoes.’ ”) Or it’s so listless, as on “No More Shubz” from 2020, that it sounds like a dream someone in My Bloody Valentine had around November 1987, and then forgot. The most surprising vocal presence on Harmattan is that of Charlotte Church: former pop-classical child star, subject in her youth to UK media misogyny, now socialist, eco protestor, all-round treasure. But which, in the vocal confusion of “Skyfall,” is Church, and who, or what, is Klein or grime MC Jawnino? With its chopped and time-stretched voices, its long drones and little bells, “Skyfall” attains a pitch of anxiety reminiscent of late-period Scott Walker: a song furling heedlessly into its own scene. 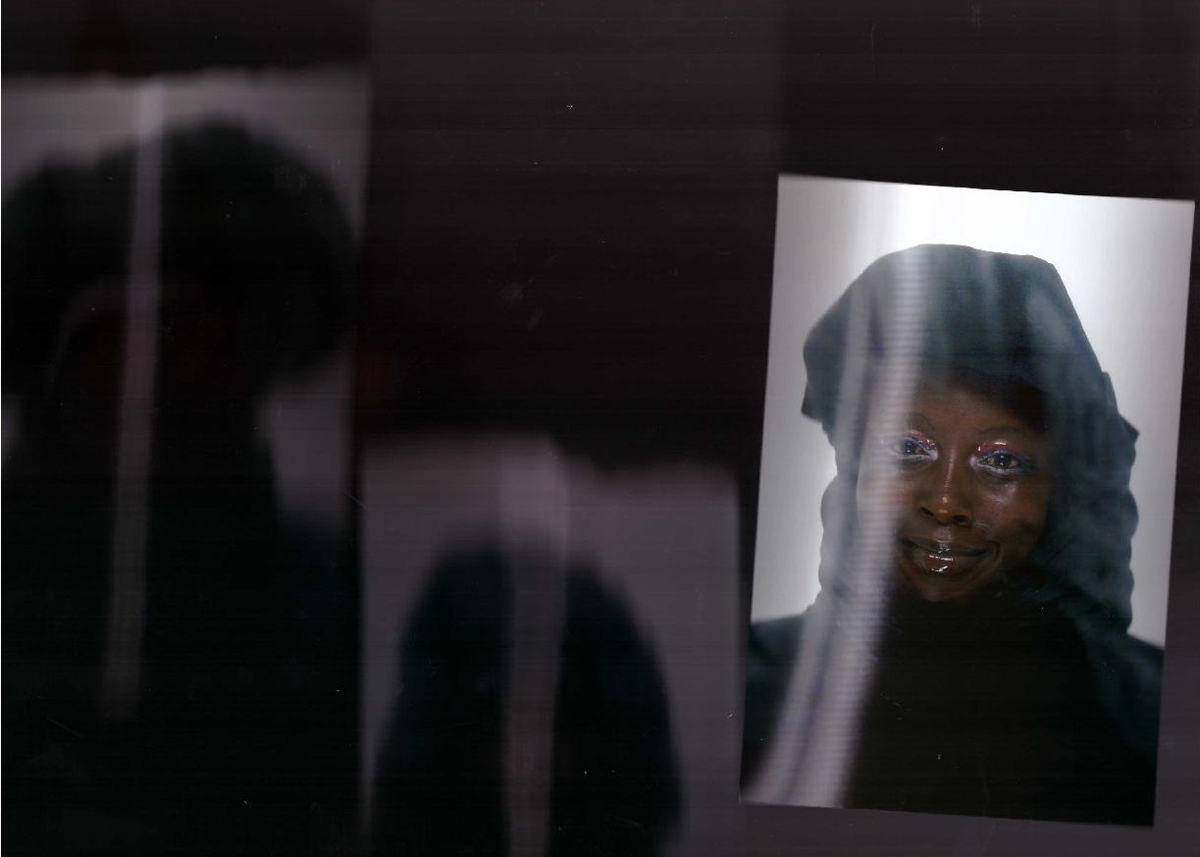 Moten calls Harmattan “a soundtrack of epic revolt against beginnings and ends.” Large claims have been made, will be made, about the political import of Klein’s aesthetically inclined music. She is not averse to direct statements; her 2020 track “Mark” is eleven and a half minutes long, but ten of them are silent, in homage to Mark Duggan, a young Black Londoner shot dead by police in 2011. If there is a politics in Harmattan, it is likely as yet to be determined, a set of hints and half promises—witty, audacious, populist and self-involved in the best senses. A politics arising from a music, as Moten puts it elsewhere, “irreducible to any interpretation but antithetical to the assertion of the absence of content.”