Theo Anthony’s documentary gazes at the eyes of policing. 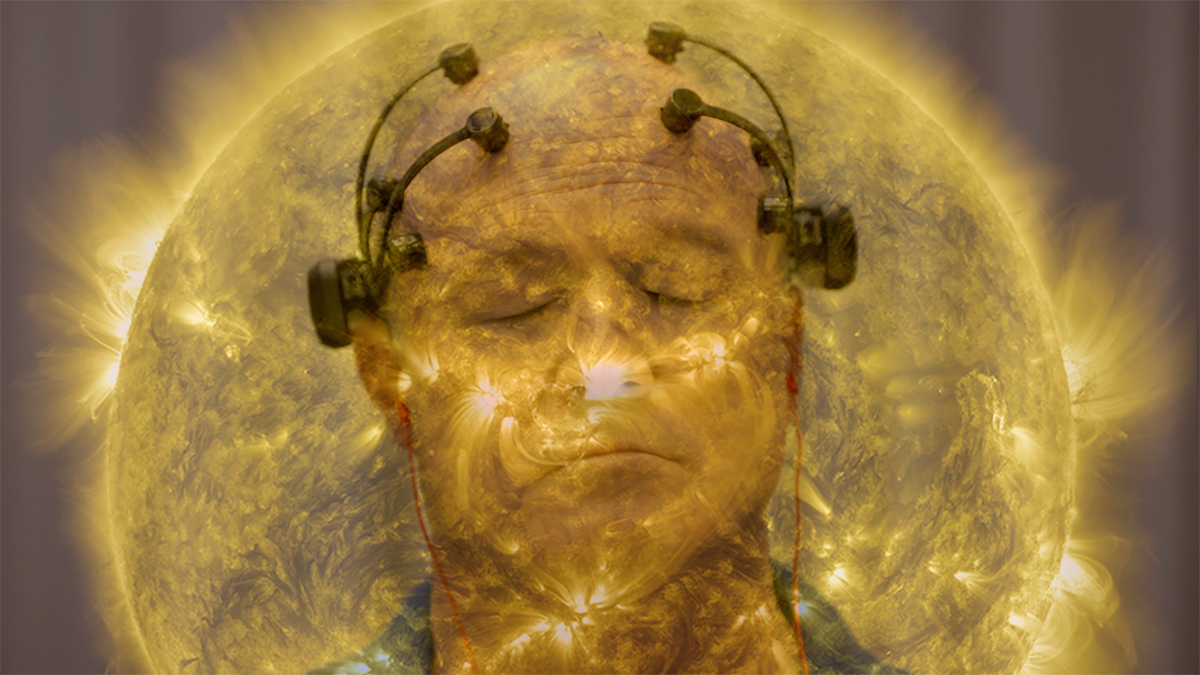 Optics is the study of sight and seeing, but it is also the study of light, its properties, and how it behaves. This includes light that lies just beyond human sight on the electromagnetic spectrum, such as infrared and ultraviolet. More recently, “optics” has come to refer to how things appear publicly, regardless of or even in contradistinction to how they “really are.” Politicians worry about the “optics” of an action or situation. We might say, then, that “optics” refers to things seen as well as unseen, and to the image of something, even if that image is false or deceptive. 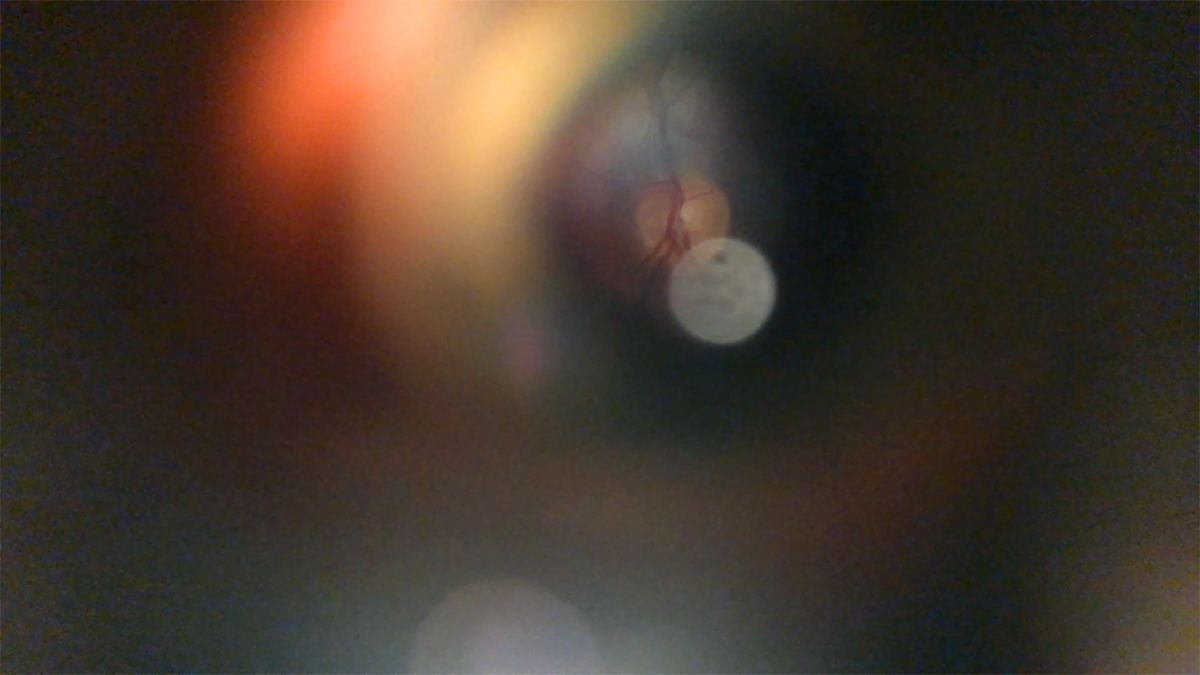 We learn at the start of Theo Anthony’s new documentary, All Light, Everywhere, that “the optic nerve receives no visual information.” This is somewhat misleadingly phrased: the optic nerve receives and transmits visual information, yet the precise point at which the optic nerve exits the optic disc lacks photoreceptor cells, thus forming a physiological blind spot, or scotoma. But the notion that the very act of seeing might entail a kind of blindness rings true, rhyming with our sense that seeing is inevitably bound up with failing to see. That “we do not perceive this blind spot in our vision,” as the film’s onscreen text continues, and that “the brain invents a world to fill the hole at the center of it,” confirms our suspicions that seeing is also inextricable from delusion. We understand what we see based on past experiences and assumptions. Or, as we hear later from the nineteenth-century French criminologist Alphonse Bertillon: “The eye only sees in each thing that for which it looks, and it only looks for that of which it already has an idea.” This makes human vision not unlike computer vision in that it also relies on the identification of patterns and a capacity for inference to learn to recognize, to predict, to fill in that blind spot. 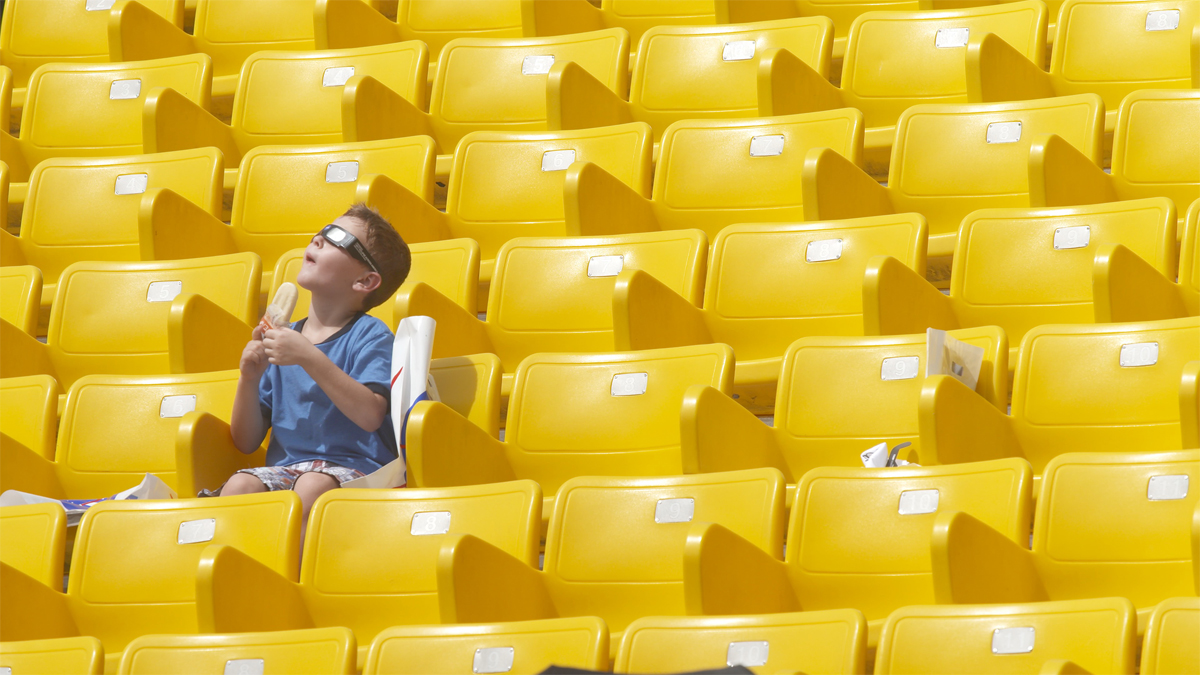 All Light, Everywhere takes as its subject the long historical relationship between optical technologies and policing, thus extending many of the same concerns of Anthony’s first nonfiction feature, Rat Film (2016). Where that film slyly, quirkily delved into the historical link between rodent control and the management of urban populations of color in Baltimore, Anthony’s latest project covers subject matter that is likely more familiar to most audiences: the increased techno-militarization of the police, especially the use of optical technologies for evidence gathering, oversight, and “transparency.”

This “transparency” is often more about emptiness than clarity. Steve Tuttle, a spokesperson for Axon Enterprise—a company that manufactures Tasers and body cameras, among other police paraphernalia—boasts about the importance of transparency, candor, and trust engendered by the open office plan of Axon’s Scottsdale, Arizona, headquarters. Moments later, in the very same Steadicam shot that follows him around Axon’s command center, Tuttle also points out the “black box” where the real research happens—opaque to the workers in the cubicles below and, of course, to Anthony’s camera. There’s a blind spot here, but this one is intentional and in plain view: security trumps transparency.

Like the previous film, All Light, Everywhere weaves together several disparate and sometimes unlikely threads into a seductive and provocative tableau. Anthony is a deft editor, and the film is full of teasing stops and starts that pitch us back and forth in time, from the 1874 transit of Venus—as recorded by astronomer Pierre Janssen’s early chronophotographic instrument, modeled on Colt’s revolver—to a present-day Baltimore Police Department training session on the use of body cameras. The documentary makes extensive use of several scholarly texts already quite familiar in the domains of media studies, surveillance studies, and the sociology of policing, drawing on Jonathan Crary’s Techniques of the Observer (1990) and Simone Browne’s Dark Matters (2015) in particular. Anthony visualizes this research and elegantly montages it with contemporary nonfiction as well as brief staged sequences, all set to Dan Deacon’s spooky soundtrack of churning cellos, resonant chimes, and woozy steel guitar.

In its concerns and assemblage of elements, All Light, Everywhere betrays the clear influence of Harun Farocki, in particular his 1988 film Images of the World and the Inscription of War. (Anthony’s narrator, Keaver Brenai, even seems to mimic the velvety tones of Ulrike Grote, one of Farocki’s English-language voice actors of choice.) This is hardly a rarity in contemporary “experimental documentary” circles, in which Farocki casts a very distinct shadow. But Farocki’s work is marked not only by its themes, to which Anthony’s cleave closely, but by a formal and rhetorical rigor that Anthony largely forgoes. Where Farocki’s work displays a bone-dry sensibility and laser precision in its comparison and line of argument, Anthony’s film is a somewhat loose juxtaposition of elements. This is not in itself a fault—as appealing as Farocki is to literally every artist working in documentary, he is maybe not every viewer’s cup of tea—but the subject matter at hand demands a degree of toughness that All Light, Everywhere shies away from in favor of a more fluid rumination that doesn’t quite land on a point. 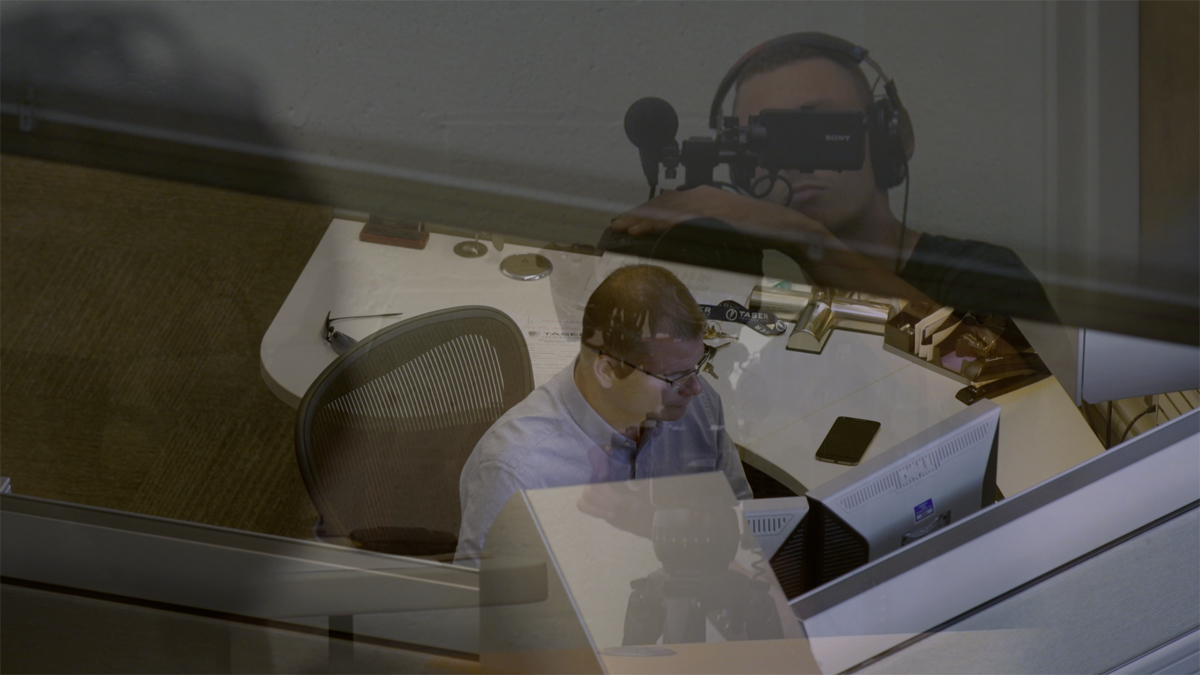 This is most evident in Anthony’s seeming uncertainty about his own place within the film—and perhaps, more generally, about cinema’s own linkage to the history of optics and control. Noting how the body camera’s field of vision distorts the world in front of it and obscures perhaps the most important actor—the police officer—Anthony openly reveals himself as the maker and shaper of the images: testing out equipment, playing with a pigeon (nodding to Julius Neubronner’s World War I pigeon camera), and semi-surreptitiously filming the attendees of the body-camera training session. Most notably, we also see him directing scenes—especially those involving Tuttle, the Axon rep. Looking like a school bully who has grown up to be a tight-suited middle manager, cosplaying cops and robbers, Tuttle needs very little direction from Anthony to come off as a total buffoon. Anthony gives him plenty.

All of this reinforces one of the film’s claims about the absurd relativity of the image, how it is always created, always manufactured: “An act of seeing is always an act, an intervention into the world. We do not see the world. We see this intervention.” So where does that place Anthony and his documentary? And what does this say about the class of young Black filmmakers at Baltimore’s Frederick Douglass High School, whom we see Anthony working with in a puzzlingly brief sequence shoehorned in at the very end of the film? Do they represent an alternative to the invasive and controlling gazes of the cops, a kind of counter-optics? If so, why make a point, as the film’s onscreen text does, of explicitly withholding the images made by these students, which are surely as important as those made by and for cops? 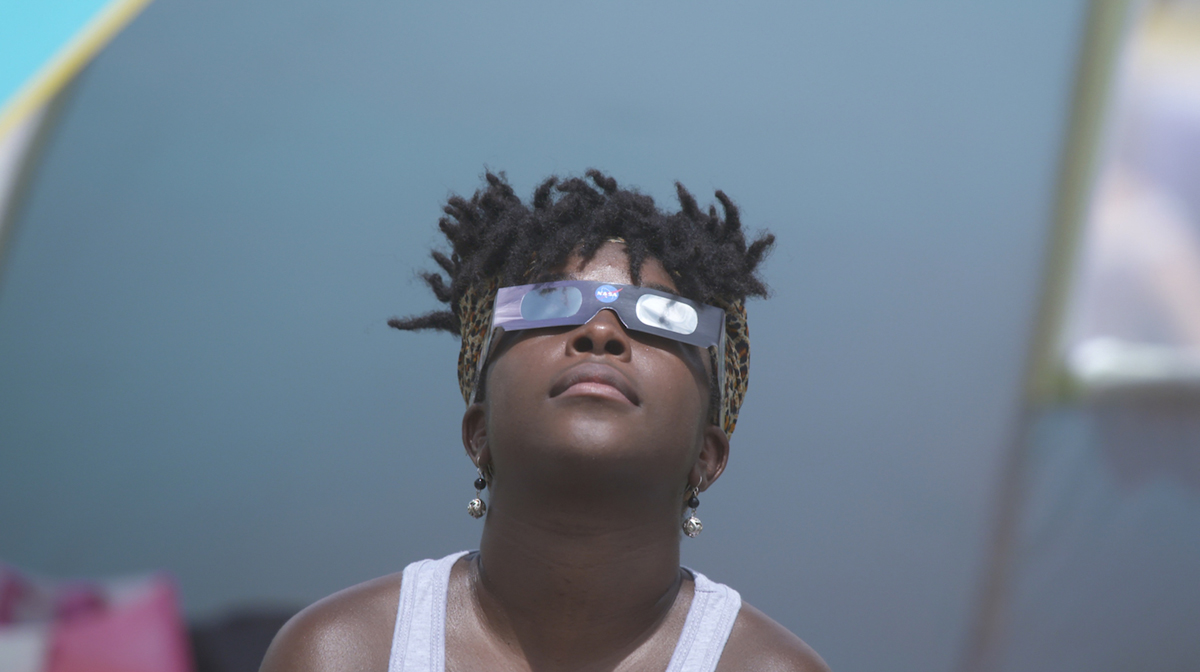 Any cursory examination of policing should suggest that the presence or absence of images—body cam or cellphone—doesn’t necessarily have much effect on the outcome of the trials of cops who murder civilians. The murderers of Eric Garner and Freddie Gray—and, indeed, countless others—remain largely unpunished because of a legal system that has afforded them a great degree of discretion to inflict violence on civilians when they see fit. Optics—in the form of visual gadgets and slick PR dudes—can be weaponized by the police in the service of this system, certainly. But optics can also be weaponized against it.

Leo Goldsmith is a writer, teacher, and curator based in Brooklyn.