TV
Scenes from a Marriage

Jessica Chastain and Oscar Isaac claw it out in a Bergman update. 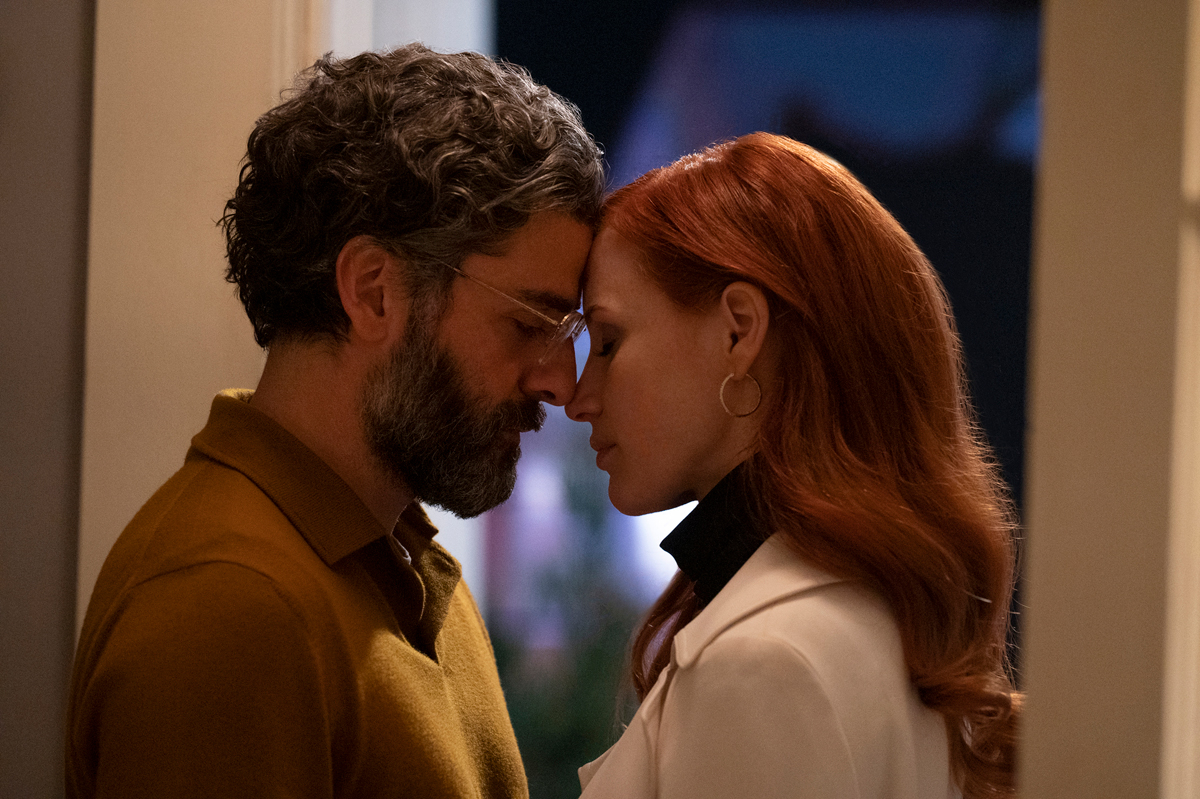 Oscar Isaac as Jonathan and Jessica Chastain as Mira in Scenes From a Marriage, episode 3. Photo: Jojo Whilden / HBO.

Scenes from a Marriage, directed by Hagai Levi, HBO

One of the oft-noted—and, let’s face it, probably apocryphal—anecdotes about Ingmar Bergman’s 1973 miniseries Scenes from a Marriage is that, in the year following its original television run, there was a statistically significant uptick in the number of divorces in Sweden. So, if the past eighteen months of isolation, WFH, remote learning, and mortal dread have not forced you to reconsider your relationships, your life choices, or your gender expression, might I suggest a return to Bergman Country?

Capitalizing on this moment of brutal introspection and existential terror, HBO has now produced a remake of Bergman’s series, written by Hagai Levi (cocreator, with Sarah Treem, of The Affair, among other American and Israeli series), with some additional scripting help from the playwright Amy Herzog, and a producer’s role for Bergman’s son Daniel. But the main draw here is the series’ two leads, Jessica Chastain and Oscar Isaac, who take on the imposing, shrieking, clawing roles formerly occupied by two of Bergman’s most trusted actors, Liv Ullmann and Erland Josephson.

Anyone familiar with the original series—or, in fact, any Bergman at all—will understand the significance of two hugely famous stars plunging themselves into the Swedish director’s agonistic cycle of human torment: artifice, resentment, lust, deception, abandonment, crisis, humiliation, shame, cruelty, control, and the always self-lacerating effort to break free—or, in Chastain’s simpler phrase, “fucking endless trauma.” As Edith Massey, ventriloquizing Bergman superfan John Waters, has it, “The world of the heterosexual is a sick and boring life.” Some will question the relevance, in 2021, of a retread of what is surely Bergman’s magnum opus of the insanity born of being straight, white, and married. But Levi’s version arrives in a world of couples therapy and relationship podcasts and Esther Perel TED Talks—a world with its own evasions and repressions, but one quite unlike Sweden in the 1970s. Torturous self-examination isn’t just art cinema fodder any longer; it’s a huge industry. In short, we love this stuff.

Treating Bergman’s original series as yet another unit of intellectual property to be rebooted may strike some as tacky—in a bad way—but the Swedish director himself revived the series for the stage, as did the Belgian theater director Ivo van Hove in 2014. Being a spare drama centered on a single relationship with few settings and additional characters, Scenes actually lends itself well to a more or less faithful adaptation. (It also seems like a pretty good project to shoot in the middle of a global pandemic, and the cold open of four of the five episodes coyly reminds us of this with behind-the-scenes footage of the stars prepping for the first shot, masked production assistants buzzing around them.) One can view Levi’s version, then, as a restaging rather than a remake—even if this suggests that Levi isn’t really adding much to the material. 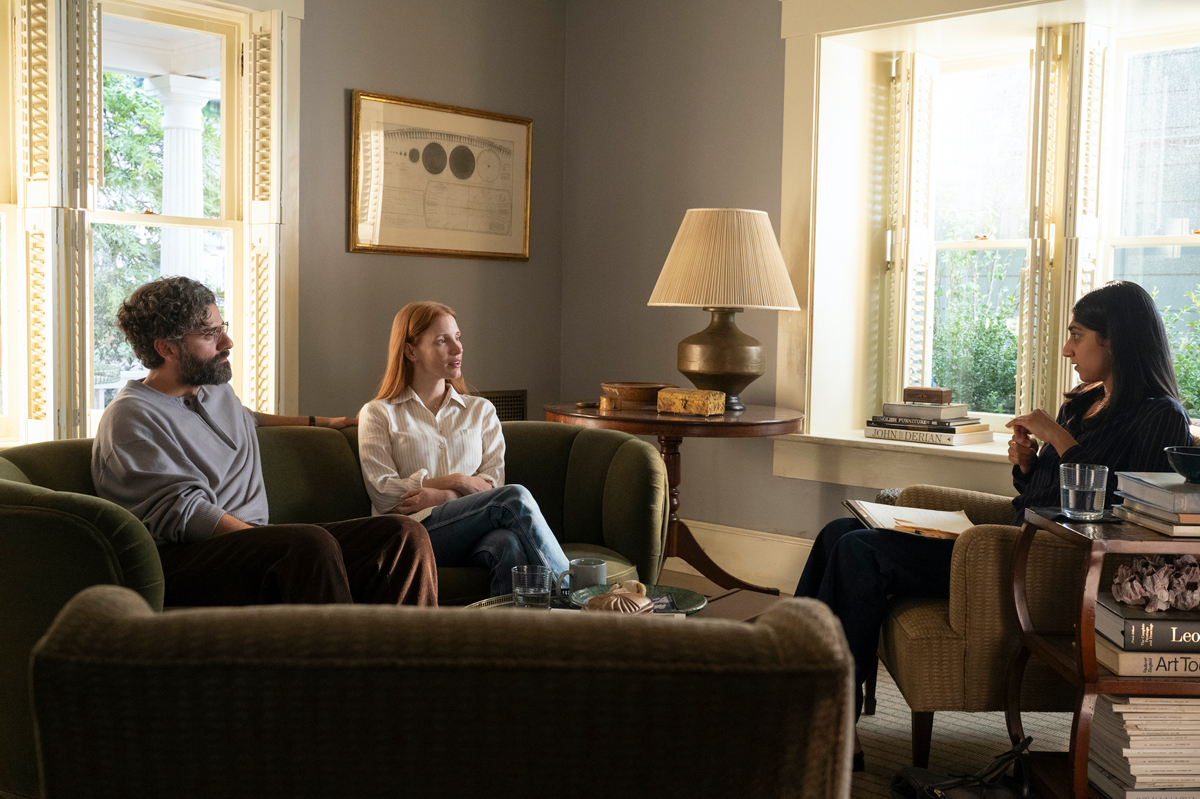 Oscar Isaac as Jonathan, Jessica Chastain as Mira, and Sunita Mani as Danielle in Scenes From a Marriage, episode 1. Photo: Jojo Whilden / HBO.

Updates in Levi’s version mostly take the shape of gender swaps. The opening scene has Mira and Jonathan—our American counterparts to Marianne and Johan—participating in a “study” by a PhD candidate in gender studies (and psych!) at Tufts, where Jonathan teaches, on “how evolving gender norms affect monogamous marriages.” (Bergman’s original begins with the spouses sitting down for a decidedly more twentieth-century “profile for a women’s magazine.”) After confirming their pronouns, the couple introduce themselves: Mira is a high-powered corporate something, while Jonathan divides his time between stay-at-home-dad duties and the flexible schedule of academia (a word he pronounces to rhyme with “macadamia”). In this version, it’s the higher-salaried wife whose frustration with the dissemblance and inescapable grooves of married life forces her to cheat and, abruptly, leave; and it’s the husband who is the abandoned one, a meek, repressed dupe. In contemporary parlance, a cuck. 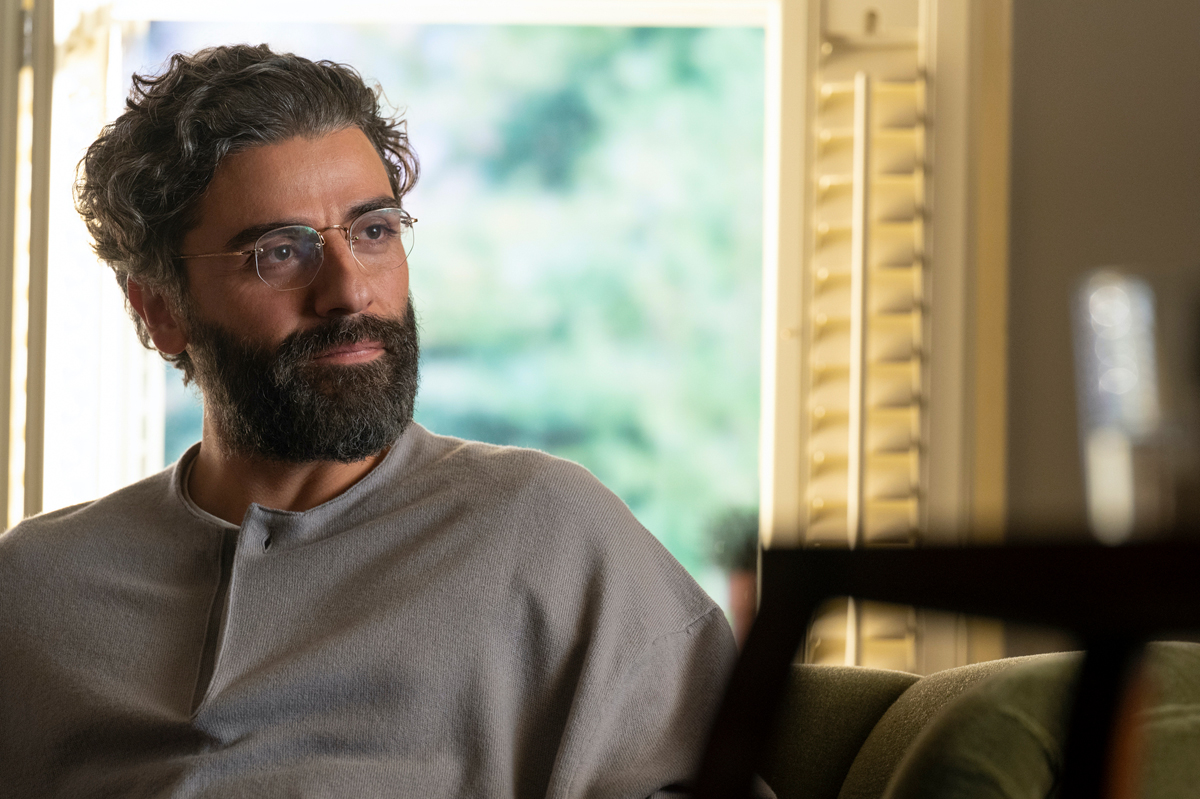 If this opening scene stakes some kind of claim about those evolving gender norms, Mira and Jonathan are every bit the “emotional illiterates” of Bergman’s original. They are, as Ullmann’s Marianne puts it, “pitiful, self-indulgent cowards that can’t connect with reality”—and we get to sit back and relish the rapid devolution, dissolution, and (tenuous) restoration of their relationship. One of the awkward side effects of Levi’s otherwise canny gender switch, though, is that placing Jonathan in the role of wounded single parent is to tip the scales of pathos in his favor. He is, naturally, a mansplainer—he takes over that intro sequence by expounding his ideas about the very exploitative marriage-therapy industry on which the series thrives—but he still gets to play the victim, a nebbish with soft chunky sweaters, a luxuriant beard, and a thicket of wild, curly hair. In the remake’s most egregious innovation, Levi even gives him asthma. None of this is helped by Mira’s relative opacity in this version. Chastain is fascinating to watch—she also looks quite eerily like Liv Ullmann—but Nora Helmer she’s not. We can only glimpse her desires and frustrations. And while both Marianne and Johan got to torture the other with minute, sadistically detailed descriptions of their extra- and post-marital sex lives, Mira gets no such pleasure. 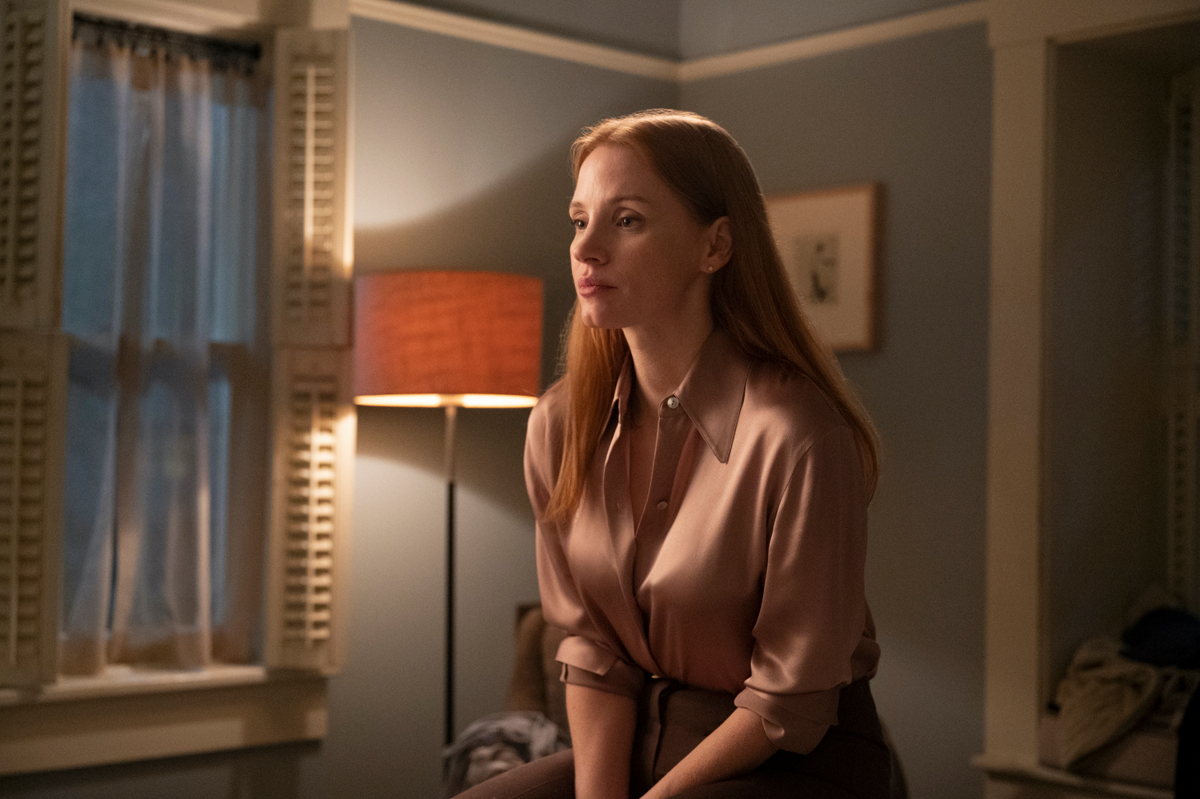 Yet the spectacle of watching two very hot A-listers gnash their teeth, grovel, hate fuck, and mentally and physically flagellate each other is what we are here for, and in this the series accommodates. Levi stumbles somewhat in finding the resolution—he doesn’t quite pull off Bergman’s ending, in which the exhausted couple achieve a quiet, implausible, and achingly tender equilibrium that involves cheating on their new, so-so spouses with each other. But this is because Bergman was a true sadist—unlike Levi, perhaps to the man’s credit—willing to wear his characters down to their barest elements.

One can see the difference most clearly in the aesthetics of each version. The original’s cinematographer, the great Sven Nykvist, made Scenes look mercilessly flat, colorless, and even a bit trashy—a full reversal of the lurid vermilion gothic style of Cries and Whispers (made within a year of each other!). It’s all the more naked and unsparing as a result, closing the distance between Strindberg and soap opera, complete with awkward pans and ragged zooms. Levi, by contrast, brings Scenes into the idiom of contemporary prestige-TV realism, with warm colors, shallow focus, and soft lighting that makes certain shots all but indiscernible. 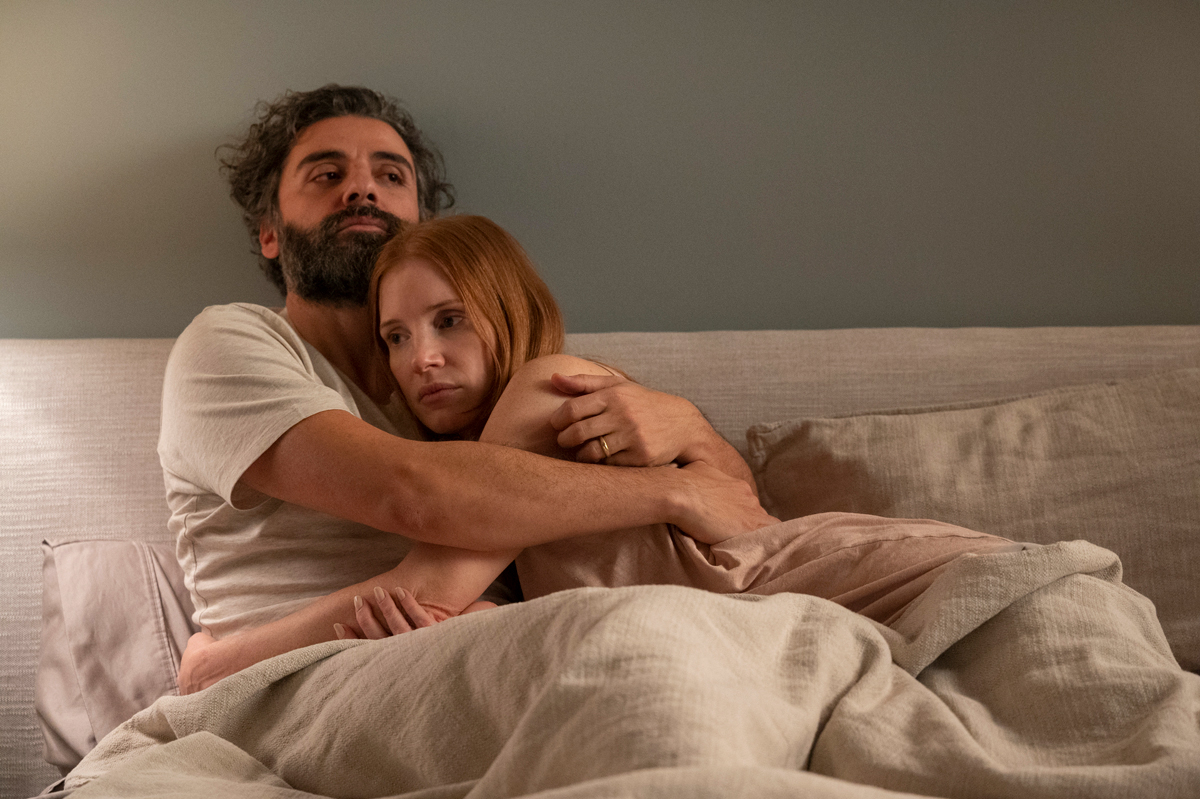 Oscar Isaac as Jonathan and Jessica Chastain as Mira in Scenes From a Marriage, episode 1. Photo: Jojo Whilden / HBO.

Where Bergman is sly and sometimes brutally satirical—Bergman is funny, after all—Levi is po-faced and somber. Where Bergman seems to regard his characters as pitiable, errant children, just figuring things out in the middle of the night in a dark house somewhere in the world, Levi can’t quite bring himself to reduce his two big stars—and, oh yes, executive producers—to their “proper proportions” (to use Johan’s phrase). But maybe this is strangely appropriate, too. Even after all of the cruelty, self-examination, and recriminations, both Marianne and Johan and Mira and Jonathan find themselves right back in the same old bad habits and vicious circles, with new unfulfilling marriages, new deceptions, new disappointments. The final lesson of both Scenes is not how to be cured of our sick and boring lives, but how to live in them—with honesty, humility, even a small measure of compassion. The point is that this is hard. After hours of podcasts and couples therapy sessions, is there more that one can hope for?

Leo Goldsmith is a writer, teacher, and curator based in Brooklyn.