Skinheads, junkies, assassinations—and a bit of Elgar. A retrospective of the controversial British director. 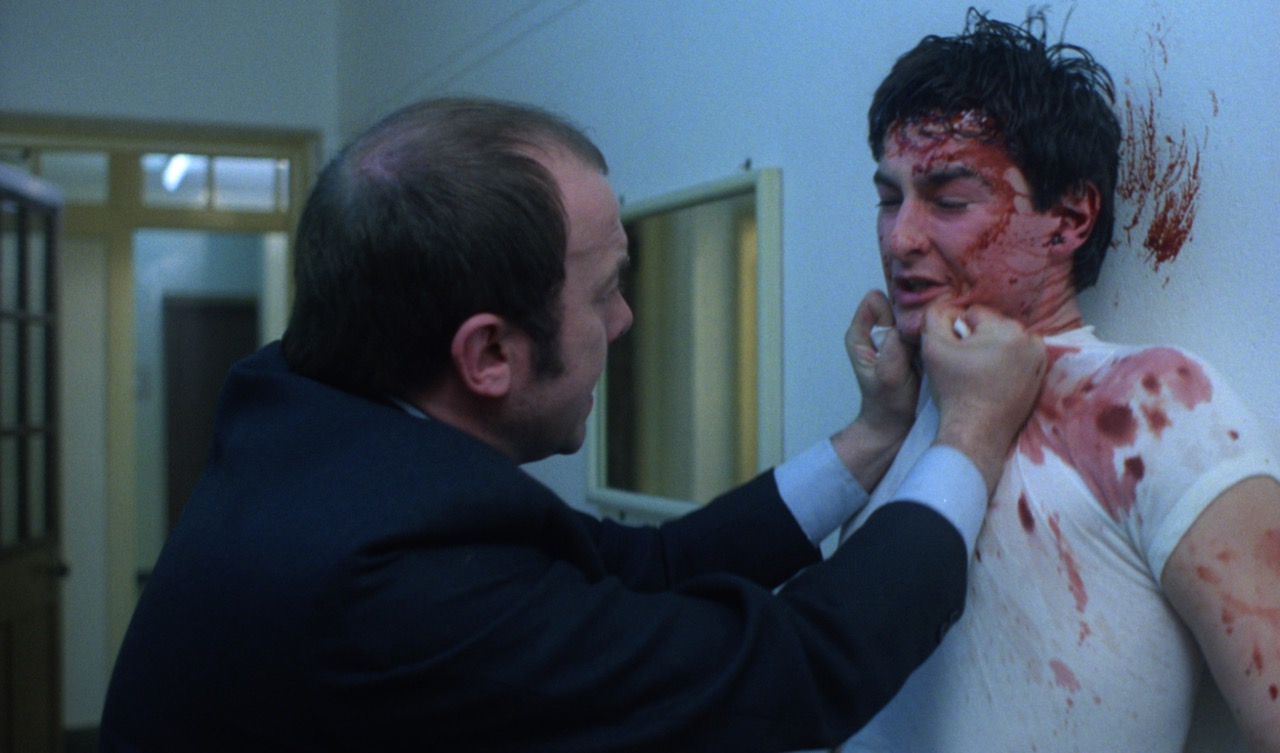 The Elephant in the Room: The Films of Alan Clarke, Anthology Film Archives, 32 Second Avenue, New York City, through August 20, 2017

Maverick director Alan Clarke has long been admired in Britain for controversial dramas that focus a grimy social-realist lens on some of his nation’s most marginalized inhabitants, his most explosive efforts looking into tightly knit all-male micro-societies that skew criminal and working-class. But Clarke—whose sprawling filmography includes over sixty productions—is only beginning to achieve the same level of renown on our shores. Anthology Film Archives’ sixteen-film retrospective may help redress this oversight—and thanks to a quirk of international exhibition rights, all but two of the screenings will be offered free to the public.

If Clarke’s films proposed a theory of masculinity, it might go something like this. When isolated into groups, men become obsessed with the definition and enforcement of hierarchy. The strong take control of the weak through humiliation, violence, and strategic acts of pseudo-paternal care; rebellions only serve to redefine who gets to play what role in this pyramidal structure of dominance and submission. Through these ritualized struggles, men bond while they bruise: camaraderie burns as intensely as rivalry; trash-talking doubles as a form of flirting. Conflicted desires pulse through these men’s muscles, as they collide in sudden outbursts of riot, combat, or sport. 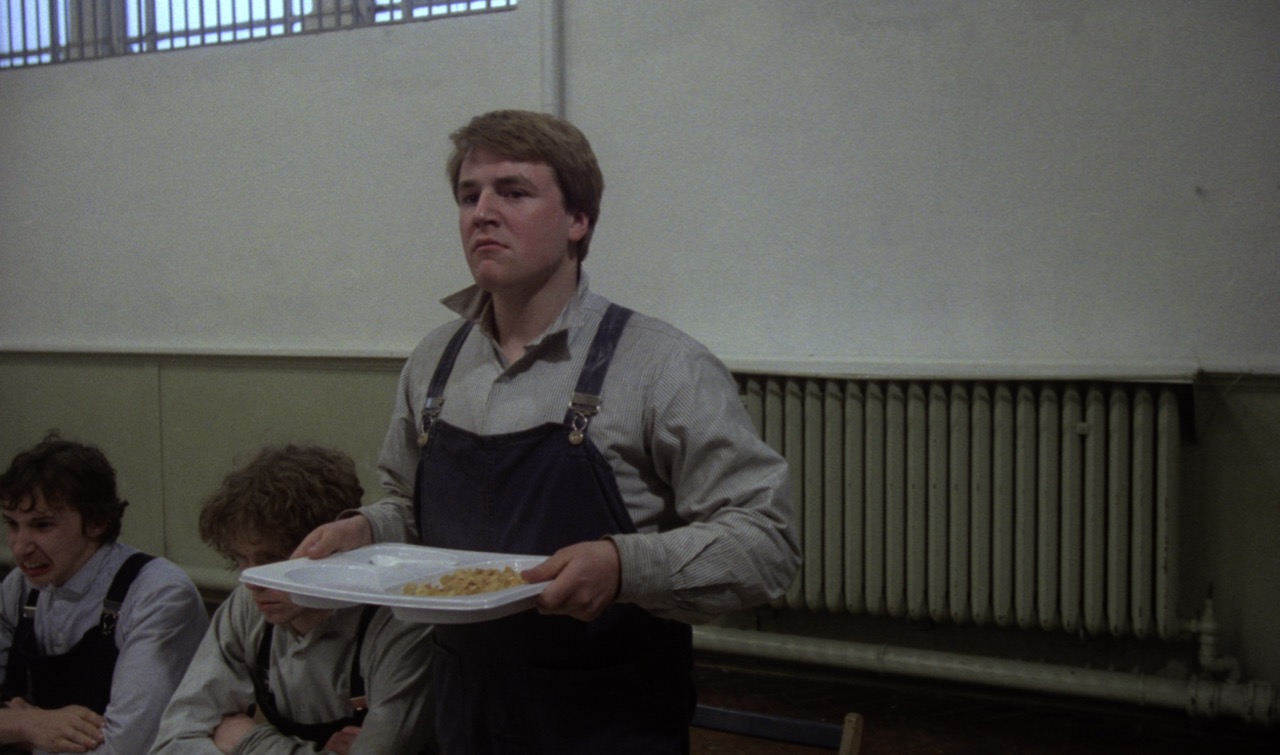 Clarke fully realizes this scenario in Scum, his unflinching 1977 television drama depicting the psychosocial dynamics inside a home for juvenile offenders. Scum was initially banned by the BBC, reportedly for being too shockingly realistic; in defiance, Clarke rapidly produced a second version, based on the same screenplay, for theatrical release in 1979. In both films, the oppression of children by authoritarian adults is mirrored by the bully-ocracy that forms among the boys themselves. “We are all here to learn the rules,” a frosty matron tells one lad, articulating a particularly British fetish for conformity. Scum’s beefy anti-hero Carlin (compellingly portrayed by Ray Winstone in both iterations) becomes the borstal’s “daddy” by pummeling a rival with two billiard balls in a sock. Once he’s cemented his place as top dog, Carlin tells a soft-spoken younger boy that “you’re my missus” now, after he makes clear that “I’m no poof.” Winstone’s performance in this moment is alternatingly tender and threatening. Scrum’s theatrical remake omits the sequence, but both versions include a racially charged indoor rugby match that culminates in the players clawing at each other’s uniforms. The scrum’s orgiastic overtones foreshadow the confusion of sex and brutality in a pivotal scene wherein three boys rape a fourth in the prison’s greenhouse, as an adult overseer looks on and does nothing. 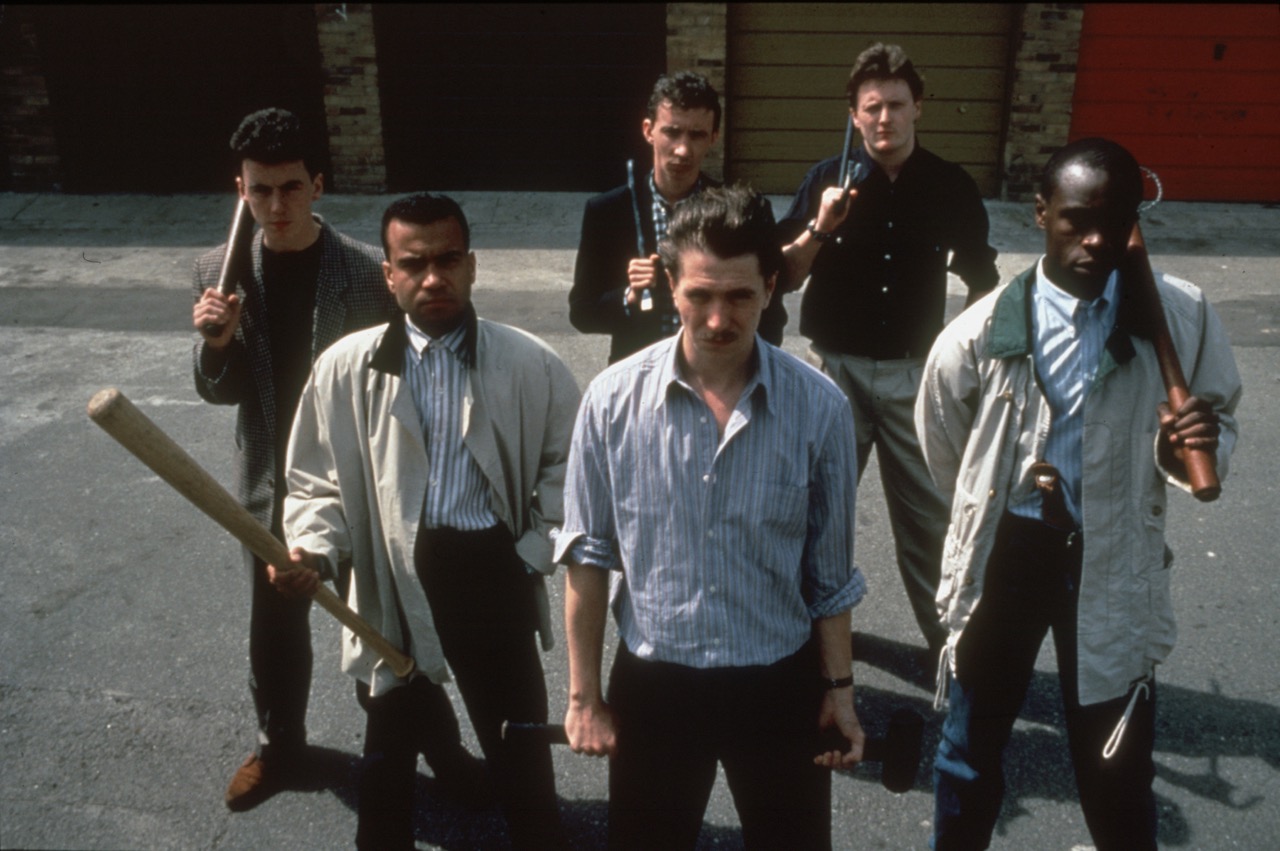 Variations of Scum’s themes can be found up and down Clarke’s filmography, from the early Sovereign’s Company (1970), set in an elite military academy where upper-class young men exchange violent intimacies, to the final feature Clarke made before his early death, The Firm (1989), in which Gary Oldman plays the cocky leader of a football-hooligan gang whose interpersonal power struggles seethe with jockish eroticism. Witnessing angry lads navigating these arbitrary cultural strictures can lead to uneasy alliances on the part of the spectator. Consider the sinewy teen skinhead Trevor, protagonist of Made in Britain (1982; not included in Anthology’s retrospective), played to chilling effect by a young Tim Roth, complete with swastika-tattooed forehead: even after withstanding his odiously racist outbursts, it’s difficult not to sympathize with Trevor’s rebellion against the “discipline” and “respect for authority” that a coldly militaristic social worker insists he must learn. “I’m not your bleeding problem,” Trevor later retorts. “Work hard, do well, get a job, otherwise you’re no good . . . it’s a load of bollocks! Lies!” 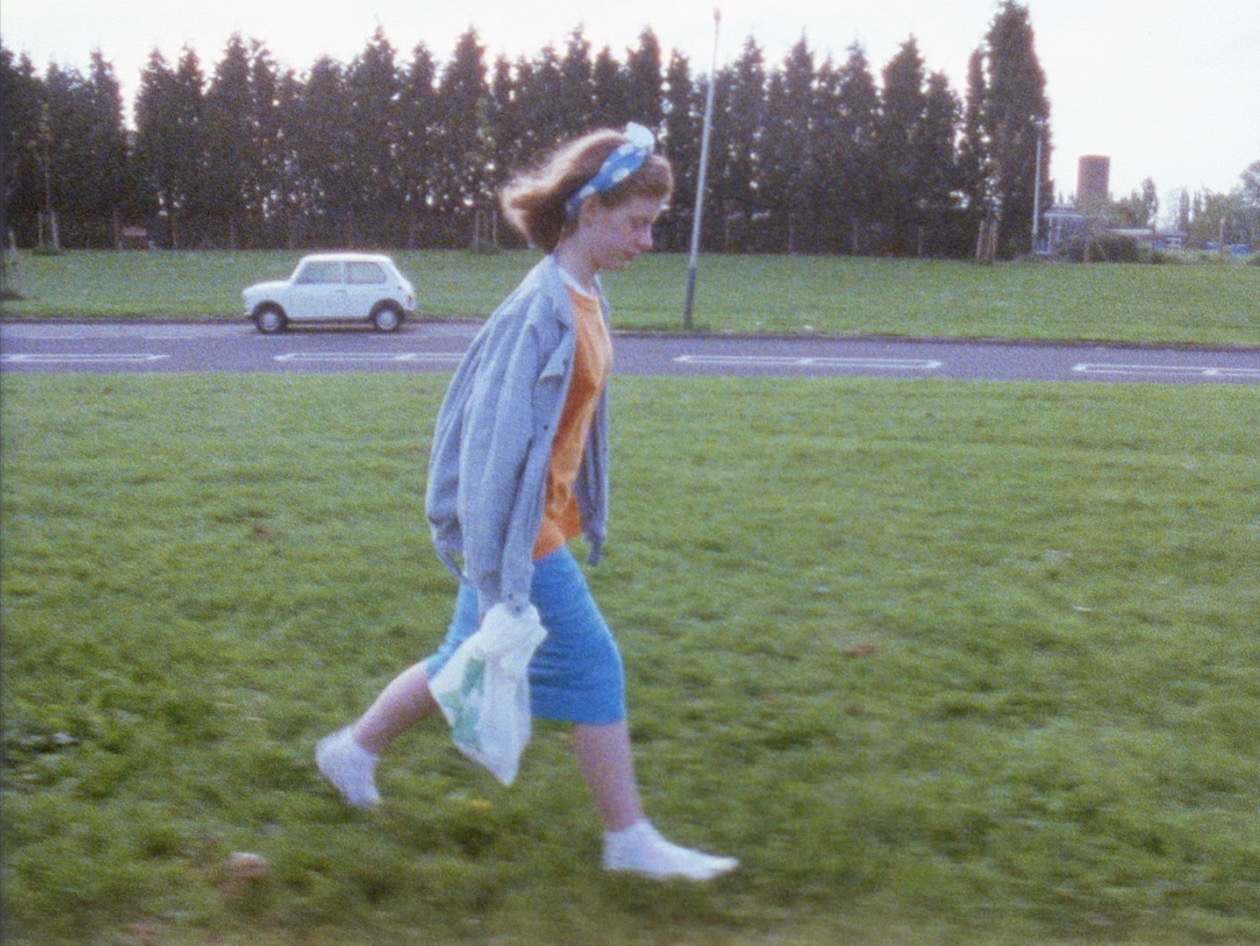 The visceral energies of Clarke’s films are propelled by his carefully kinetic cinematography. In the TV version of Scum, particularly, the camera gets inside the action with a documentarian immediacy. Over time Clarke developed a signature style of unhurried Steadicam shot that smoothly follows its characters as they walk, often viewed from behind. This technique is used to brilliant effect in his quietly astonishing Christine (1987), a drama about teenage junkies in a sleepy suburb, and one of only a few Clarke pictures to center on a female protagonist. As minimalist as any James Benning film, Christine tags along with its titular character as she journeys wordlessly from house to house, calmly shooting up with fellow addicts at each stop. Contact (1985) applies a similar technique to British squaddies on patrol in Northern Ireland. Its unhurried pace showcases the lush green landscape in which their imperialist atrocities take place. 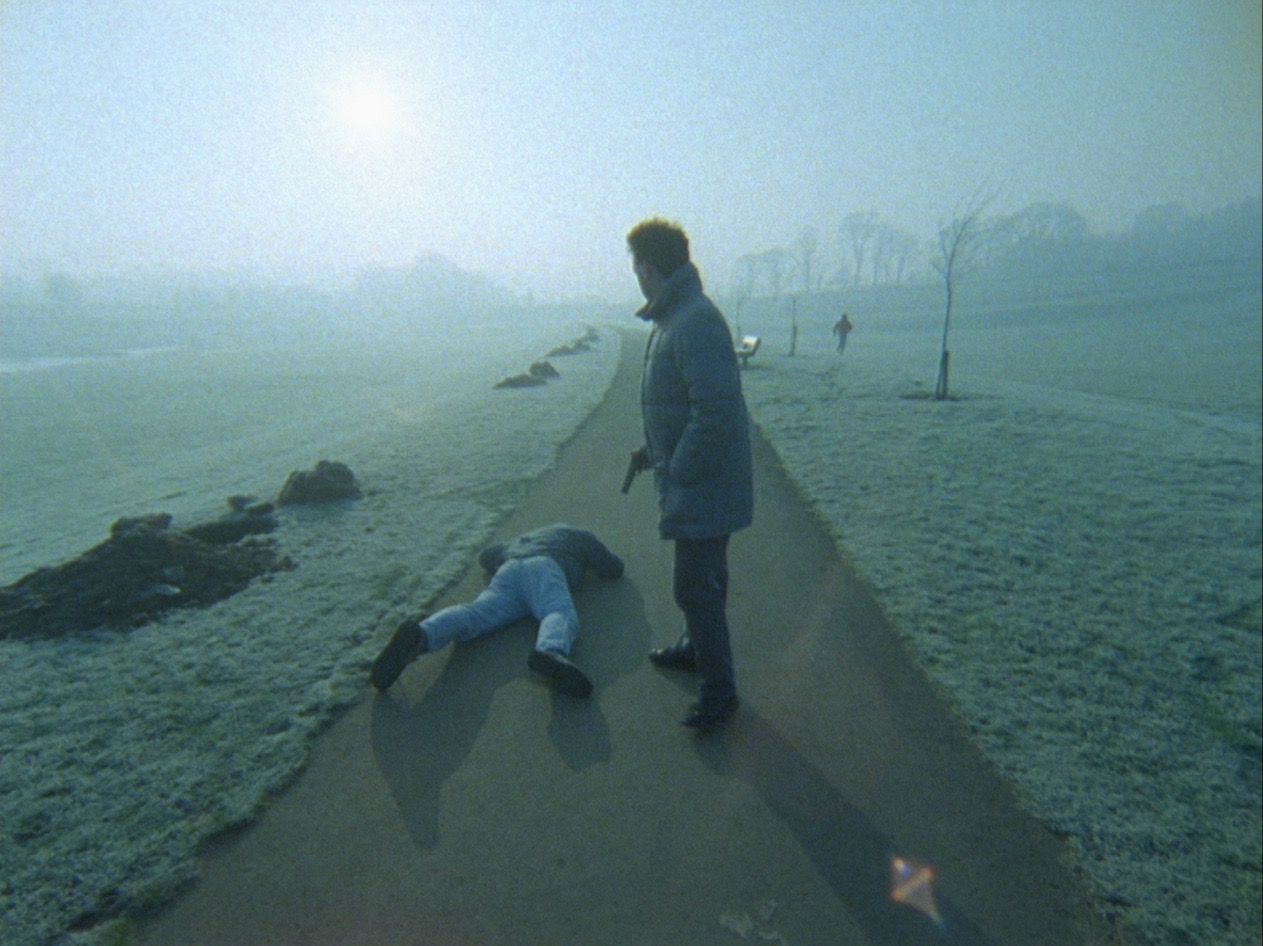 One of Clarke’s most notorious films is the unforgettable Elephant (1989), which owes a debt to both Christine and Contact. Again set in conflict-torn Northern Ireland, Elephant consists of eighteen assassinations undertaken in banal circumstances: a soccer field, a gas station, a public bathroom. Clarke’s camera follows each killer as he coolly approaches his intended victim, then just as casually walks away from murder. The repetition of death-acts becomes disorienting in its morbid rhythms, a set of slow urban wanderings suddenly interrupted by gunshots and body thuds. The title refers to the “elephant in the room” that was the Troubles; Gus Van Sant nicked both its name and cinematic approach for his own 2003 rumination on the Columbine killings. 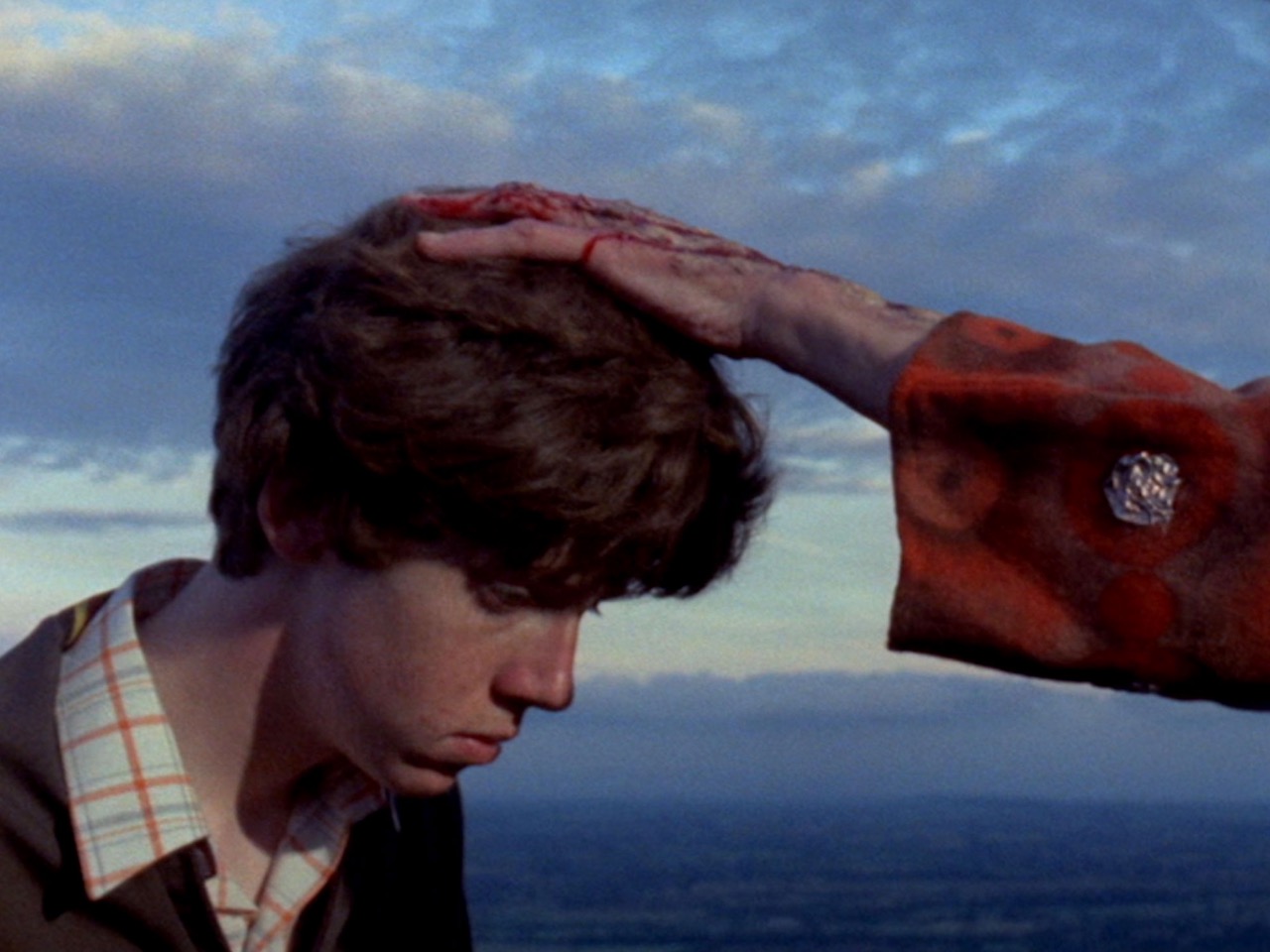 Not every Clarke offering is so grim. Anthology rounds out its retro with some items that speak to Clarke’s range, like the ribald proletarian comedy Rita, Sue and Bob Too (1986), the dreamlike, Slacker-esque experiment Road (1987), and television adaptations of Georg Büchner’s play Danton’s Death (1978) and Bertolt Brecht’s Baal (1982), the latter starring David Bowie in the title role. Among these rarities is one of Clarke’s masterpieces, Penda’s Fen (1974). Set in the countryside of the English Midlands, Penda’s Fen is a mystical coming-of-age story focusing on Stephen, a repressed, conservative teen who slowly realizes his own buried sexuality after pondering composer Edward Elgar’s turn-of-the-century choral work The Dream of Gerontius. Elgar’s music unlocks for Stephen a series of occult experiences: he receives visions that draw from medieval mythology, ancient Manicheanism, and the land’s pre-Christian “old religion.” In the process, Stephen comes to accept his own desires for other boys, after a vivid dream of himself kneeling in front of a muscular, naked schoolmate whose crotch erupts into flames. “There’s one hope for man only,” a radical playwright who lives near Stephen later tells him, presaging Clarke’s own work to come. “Disobedience. Chaos. Out of those alone can some new experiment in human living be born.”

Ed Halter is a founder and director of Light Industry, a venue for film and electronic art in Brooklyn, New York, and Critic in Residence at Bard College in Annandale-on-Hudson, New York. His writing has appeared in Artforum, The Believer, frieze, Mousse, The Village Voice, and elsewhere. He is the recipient of the Thoma Foundation 2017 Arts Writing Award in Digital Art for an emerging arts writer, awarded by the Carl & Marilynn Thoma Art Foundation.