Nothing risky about this business: the return of an eternally cocky
Tom Cruise.

Rescheduled over the past three years, the release of Top Gun: Maverick touched ground just in time to boost the flagging pandemic fortunes of theatrical exhibition. The weekend prior to Maverick’s release reportedly generated the lowest box office since 1999, but on its Memorial Day weekend opening, Tom Cruise’s return to arguably his most iconic role brought back more than $125 million in booty to the film industry’s war coffers. Its success is hardly a fluke. Embraced not just by rank-and-file filmgoers but a seeming majority of critics as well, Maverick delivers a testosterone-heavy entertainment payload, as promised, thanks to the well-honed skills of its veteran Hollywood creators, who know how to wield the supersized production and marketing budgets available to a contemporary American tentpole movie.

Top Gun: Maverick succeeds by sticking closely to the formula of its 1986 predecessor, bringing viewers a product that is beautifully polished in its design and blissfully unsophisticated in its worldview. The original Top Gun served up a high-tech aeronautical spectacle wrapped around a snappy male melodrama, centered on the friendship between a Navy aviator, call sign Maverick (Cruise), and his loyal wingman, Goose (Anthony Edwards). With a wall-to-wall high-gloss aesthetic courtesy Tony Scott—previously best known for his advertising work and the cult softcore lesbian vampire flick The Hunger—the film dazzled audiences with sunsets worthy of a yacht-rock album cover, uber-cool neo-noir lighting piercing blue-toned foggy interiors, and a Germano-American soundtrack inflected by jock-jam guitars and serpentine synths, their adrenaline-pumping sounds inextricably melded to the thunderous whine of jet engines and the pattering banter of the pilots’ hyperactive one-upmanship. The beginning of Top Gun: Maverick mimics the audio-visuals of its precursor’s start: aircraft taking off, images waggling in the heat of jet exhaust, all set to a version of Harold Faltermeyer’s electro-Wagnerian theme. Cruise’s old character comes together, piece by piece, as we watch him don a bomber jacket and then mirrored shades, finally jumping on a motorcycle to zoom down the tarmac. No one is a bigger fan of the original, it seems, than Cruise himself, and we’ve just come along for the ride. 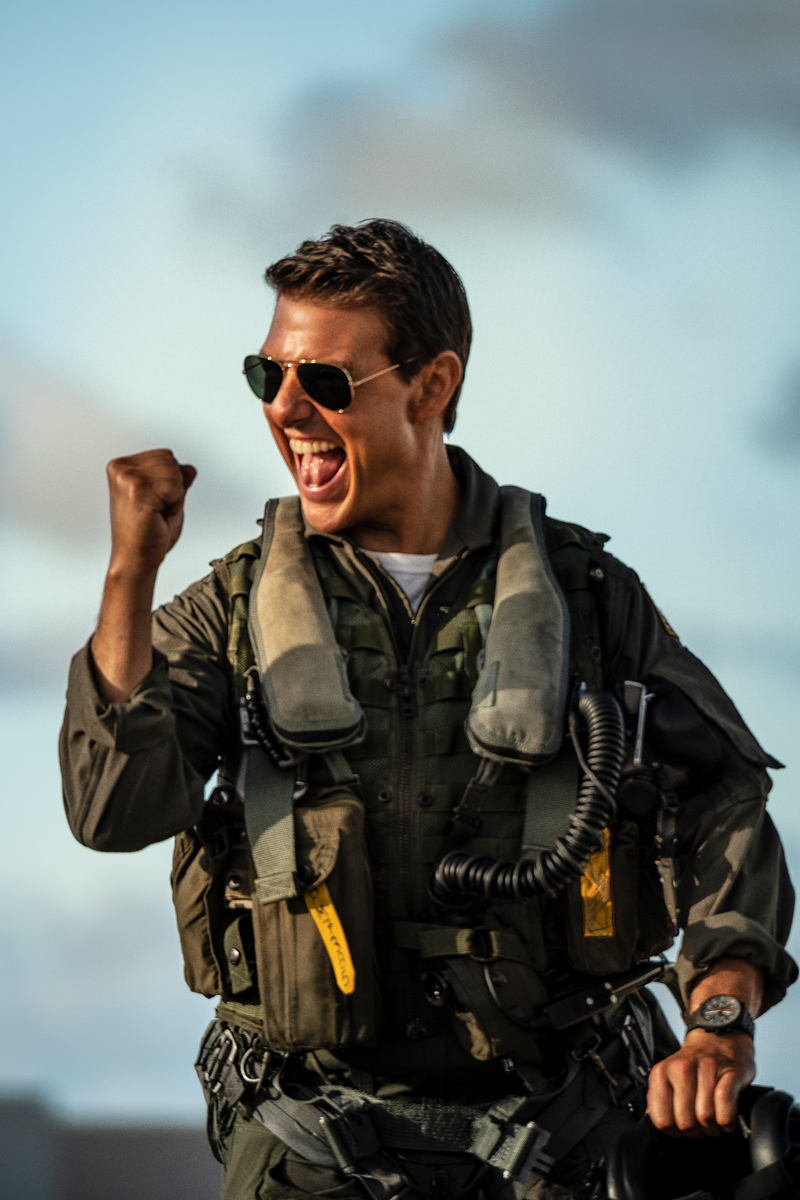 When the first Top Gun was released, in the midst of the Cold War’s final decade, it bucked the post-Vietnam trend in Hollywood depictions of military men. Gone were The Deer Hunter’s emotionally distraught battle-survivors as well as their vengeful variants who powered Rambo and Missing in Action, replaced by a far less complicated view of warfighting as a sexy and bloodless amalgam of Star Wars, MTV, and Calvin Klein. Some of the sharpest critics of the time had no problem calling out Top Gun’s preening jingoism. After mocking Cruise for the awkward height disparity between the actor and Kelly McGillis, who plays his oft-slouching love interest, the New Yorker’s Pauline Kael targeted the film for its overweening take on contemporary maleness. “It’s as if masculinity had been redefined as how a young man looks with his clothes half off,” she bemoaned, “and as if narcissism is what being a warrior is all about.” (Today, the movie’s somewhat baffling homoeroticism has proven prescient of a later millennial metrosexuality.) The Village Voice’s J. Hoberman went a step more Freudian, calling out the “warnographic” film for a “relentless displacement, both political and sexual” that ultimately gives us a “bellicose 2001 for the age of Reagan.” 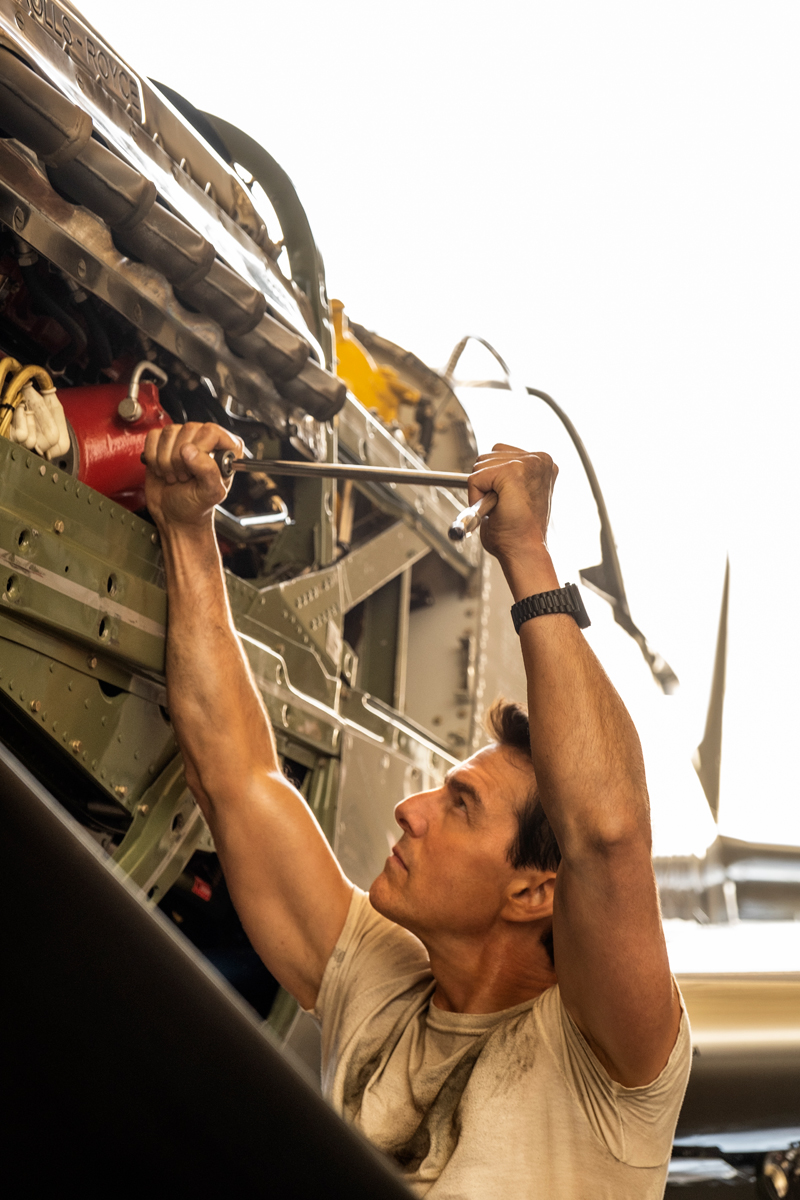 One of the most sustained critiques came from video artist Chip Lord, a member of the collective Ant Farm, who produced a half-hour video essay in 1987 for grassroots media activist organization Paper Tiger Television, which distributed it on VHS. Bluntly titled Not Top Gun, the video essay analyzes the film as both simplistic go-USA narrative and immature consumer product. “Top Gun is a slick, fragmentary, superficial, shallow movie made for teenage boys, for adolescents. It’s adolescent in its construction, in its rhythm, and in the fact that it’s devoid of ideas,” Lord argues, standing in a Carl’s Jr. parking lot on the edge of San Diego’s Miramar Naval Air Station, where it was shot. “The film is jerking off continually, like an adolescent boy, and it massages the viewer kinetically. It’s a roller coaster ride with visuals and with sound.” 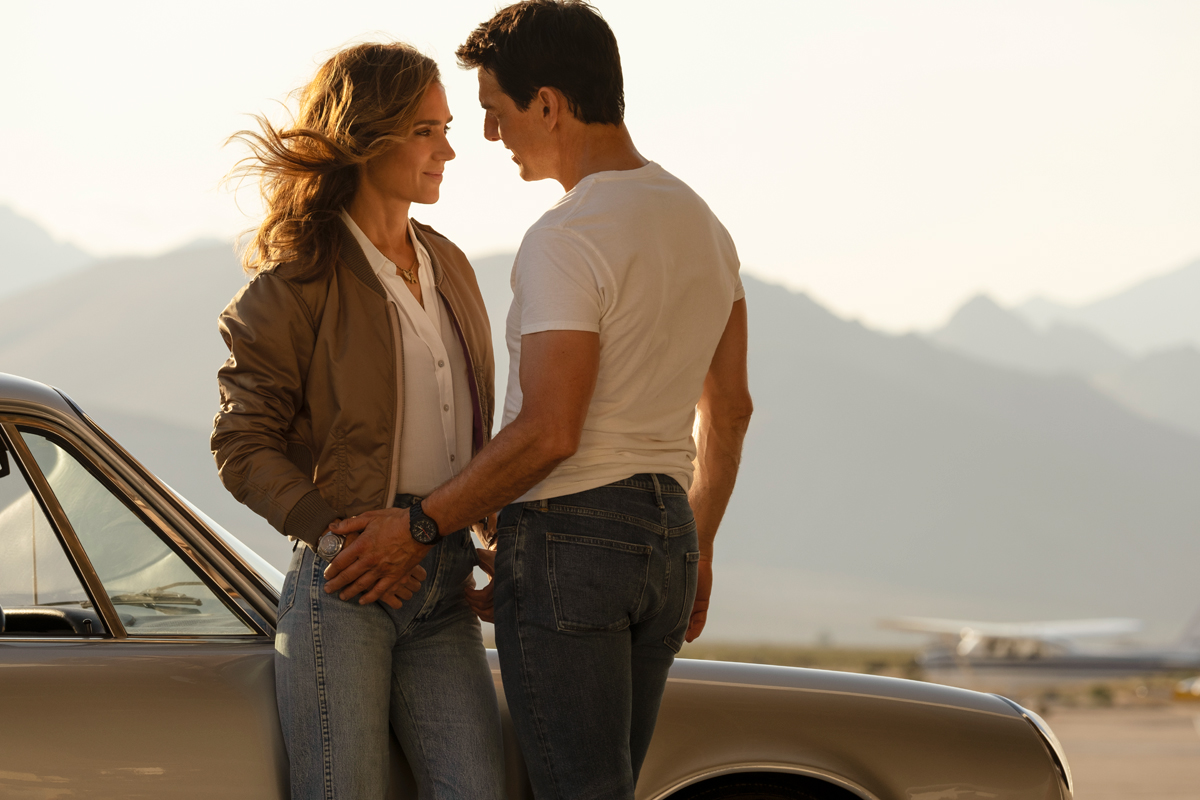 The main innovation Top Gun: Maverick adds to its predecessor is its title character’s attempts to retain his teen-level energy and lone-wolf independence as he approaches his declining years. The technological prowess required for the film’s booming battle sequences has nothing on the expertise put into lighting Cruise’s tastefully sagging visage. If the original looked a lot like the coolest military recruitment ad, the sequel could easily be mistaken for an age-defiant Viagra commercial, unveiling Cruise’s near-elderly-yet-ripped torso in a beachside touch-football match with his twentysomething students in order to demonstrate to all the world his preciously preserved virility while simultaneously paying homage to the original’s legendary volleyball sequence. The first film celebrated the twenty-three-year-old Cruise’s ability to seduce and bed a more mature woman, but now the gray-haired McGillis has been swapped out for an ambitiously thin Jennifer Connelly. Connelly doesn’t provide much more than a fun fling, as if that’s all a man in his late fifties should desire. If the eternally cocky Maverick is rebelling against anything, it’s growing up. 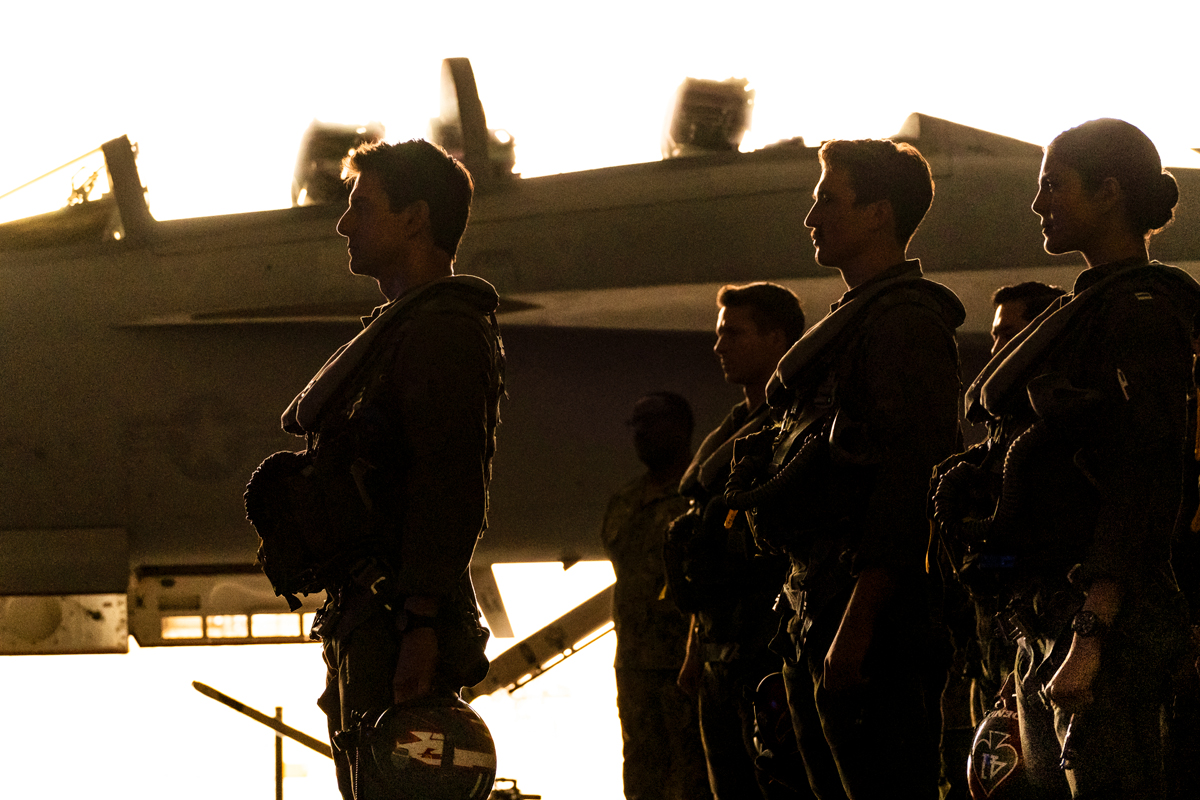 Not that the film is unaware of this message. The screenplay is filled with other characters claiming the protagonist is over the hill, and the film’s main directive is to counter these assertions. “The future is coming, and you’re not in it,” crusty Ed Harris, Maverick’s superior, warns him. “Your kind’s headed for extinction,” he adds. Later in the film, while Cruise readies an old jet fighter for a mission, a character wonders aloud, “How are we gonna get this museum piece in the air?” The same could be said of the Hollywood blockbuster itself, as well as the imperial project of American exceptionalism. Top Gun: Maverick skillfully pulls off the former by ignoring the reality of the latter. Just check out China’s Wolf Warrior 2 or India’s RRR to understand how the US no longer holds the monopoly on nationalistic big-budget action spectacles. None of this, of course, matters inside the sealed cockpit of Top Gun: Maverick. Here, American manhood depends on keeping its eyes firmly locked on mission, willfully suppressing any notion of collateral carnage.