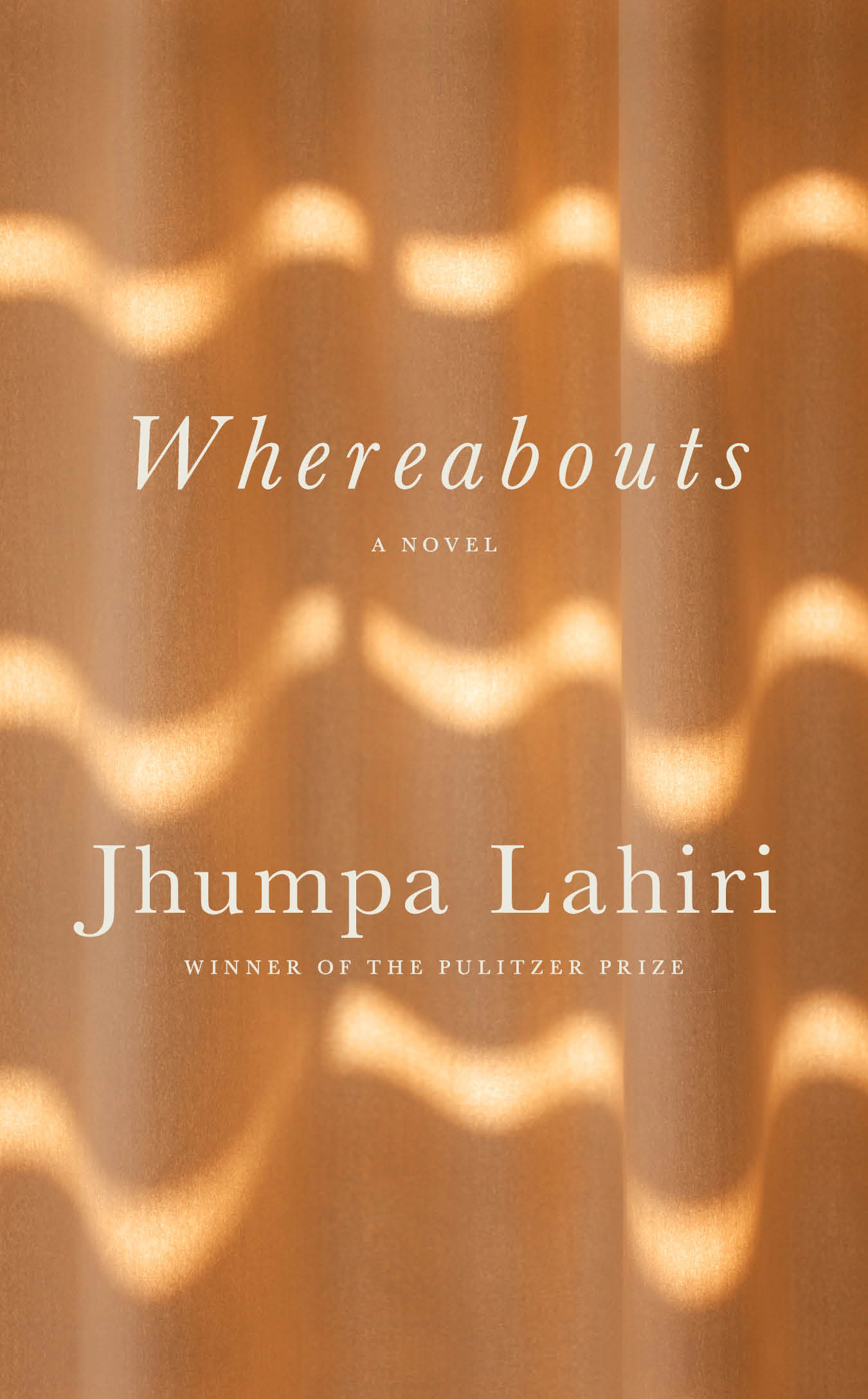 Whereabouts, by Jhumpa Lahiri, translated by the author, Knopf,
157 pages, $24

Jhumpa Lahiri has so far been two writers. Following her Pulitzer Prize–winning story collection, Interpreter of Maladies (1999), and her subsequent novels The Namesake (2003) and The Lowland (2013), Lahiri was slapped with the “Indian immigrant experience in America” label, which is both a truthful and reductive way of considering these fictions. Largely humorless, the works were also sophisticated and moving by way of impressive architecture, sharp observation, and fully inhabited characters.

Then Lahiri became a different writer. Working in a literal new language, Italian, she also found a new literary language detached from plot, structure, and character—that is to say, a mode that abjured her great strengths for her relative weaknesses. (It’s notoriously difficult, for one thing, to joke in a foreign language.) Whereabouts, her third, rather solemn novel, is the second of her books to be written in this vein, following 2015’s memoir In Other Words, a series of brief, sometimes pellucid reflections on learning Italian. Her diligent immersion in the language and resulting facility, the extraordinary feat of this, was made clear in that book and its facing page translations. In Whereabouts, the satisfactions of bilingualism might belong only to the author. Having been written in Italian then translated into English by Lahiri herself doesn’t lend the book any palpable, particular joys; one can admire the Herculean effort, but the shared delight in learning is missing.

We find ourselves in an unnamed city with that fashionable thing, an unnamed narrator. She maintains an elegant distance from us. She can be a little portentous: “Solitude: it’s become my trade. As it requires a certain discipline, it’s a condition I try to perfect. And yet it plagues me, it weighs on me in spite of my knowing it so well.” We learn she’s “a middle-aged woman, slightly on edge, annoyed to find herself at an academic conference,” but other biographical details are scant. Sometimes she can sound like Joan Didion at her most afflicted and neurasthenic: “In spring I suffer. The season doesn’t invigorate me, I find it depleting. The new light disorients, the fulminating nature overwhelms,” and so on.

“Solitude,” conjured in the abstract, is experienced by “a” woman, rather than one peculiar self in her own inimitable pain. Likewise, we have “spring” instead of a distinct experience of the season in a defined place and time. In her last book, Lahiri conceded she was “moving toward abstraction” in her adopted language: “The places are undefined, the characters so far are nameless, without a particular cultural identity. The result, I think, is writing that is freed in certain ways from the concrete world.”

Why would a writer want to be “freed” from the concrete world? Beckett, as Lahiri notes in In Other Words, wrote in French to free himself from style, but he and his fellow abstractionists (Kafka and Calvino among them) succeed by working in allegorical frameworks that allow scenarios to be authenticated by irreducible, vivid particularities. Against her novel’s backdrop of patchy realism, Lahiri intends the universal but gets only the generic. A first-generation Indian American woman’s wish to cast off the weight of cultural identity and dodge the politics of representation to simply be “a” writer is, however, an understandable and interesting response to pigeonholing. In this light, the choice of a deracinated cipher for narrator is hard to begrudge. Once again, though, the freedom might serve author more than reader.

The book was first published in 2018 as Dove mi trovo, whose literal translation, “Where I find myself,” strikes me as a better title in situating things at the locus of selfhood rather than casting us across the vagueness of “Whereabouts.” The book is less a novel—a vehicle for the accretion of meaning and resonance, greater than the sum of its parts—than a series of discrete sketches, some beautiful, several affecting, but all essentially inconsequential. Hushed vignettes come under section headings that sound like foreign-language textbook chapters—“In the Office,” “At the Museum,” “At the Ticket Counter”—as though each locale were the capsule with which to deliver a dose of useful questions and vocabulary. In the office vignette, we learn the narrator has taken over this space from a poet. “He loved writing here, he didn’t mind the bland color of the walls, the dull carpet. The bleakness inspired him. . . . He died two years ago. Not here, but he’s left something of himself behind. Maybe that’s why this room feels a bit sepulchral.”

Elsewhere there are signs of life. The austerity of the dead poet’s office is nicely set off by a passage detailing her young neighbor’s bric-a-brac stall, which brims with the welcome mess and jumble and charming specificity of embodied lives. The narrator buys a pair of drinking glasses, then an old magazine, then a portrait, “And so for very little money my house transforms, and my spartan life perks up a bit.” It’s an enlivening smattering of the lovable, concrete world—that place where life is and where literature can follow, rolling up its sleeves and getting dirty rather than sequestering itself in some immaculate prison of abstraction.

Lahiri in her sedulousness can make a reader feel soothed; one trusts that one is in good, responsible hands. She can also make a person feel like a fidgety overgrown child being told— wordlessly, decorously—to please lower their voice and sit still. In “At Dinner,” the narrator begins to simmer just like this imagined fidgeter as she endures an ignorant guest’s bloviating. Any fictional dinner party worth its salt entails an outburst; we know this to be the point of them on film, stage, and in novels.

Here my thoughts drifted to Animal, that most misunderstood and mistreated of Muppets. You might recall that the poor creature with his shaggy hair, lysergic glower, and pronounced underbite is chained—chained!—to his drums and that the signature joke is the explosion from staid, dutifully measured beats (the pain of such constraint signaled by increasingly labored grunts) into frenzied, flailing eruptions of wild expression. The world just wants him to keep time, but Animal is an artist not a metronome. Animal needs to freak out. The Dionysian/Apollonian struggle finds perfect expression in a pink monster.

If it’s irreverent to be invoking a Muppet when considering a new work from a laureled writer of great care and skill, irreverence is my point: I long for Lahiri to break out of disciplined timekeeping and just let it wail for once. Hell, maybe even kick over the drum set. Doesn’t she want this too? There’s a glimmer of Animal when our self-stifled dinner guest of a narrator finally barks: “Do you realize you have no idea what the fuck you’re talking about?” But then, mortified, she swiftly shuts up. Perhaps the prison of identity is easier to escape than the shackles of decorum.

Hermione Hoby is the author of the novel Neon in Daylight. Her second novel, Virtue, is forthcoming from Riverhead Books. Her criticism has appeared or is forthcoming in Harper’s, the New Yorker’s Page-Turner, the New York Times, the Times Literary Supplement, the Guardian, frieze, and elsewhere.