Promises, a new album from the jazz patriarch. 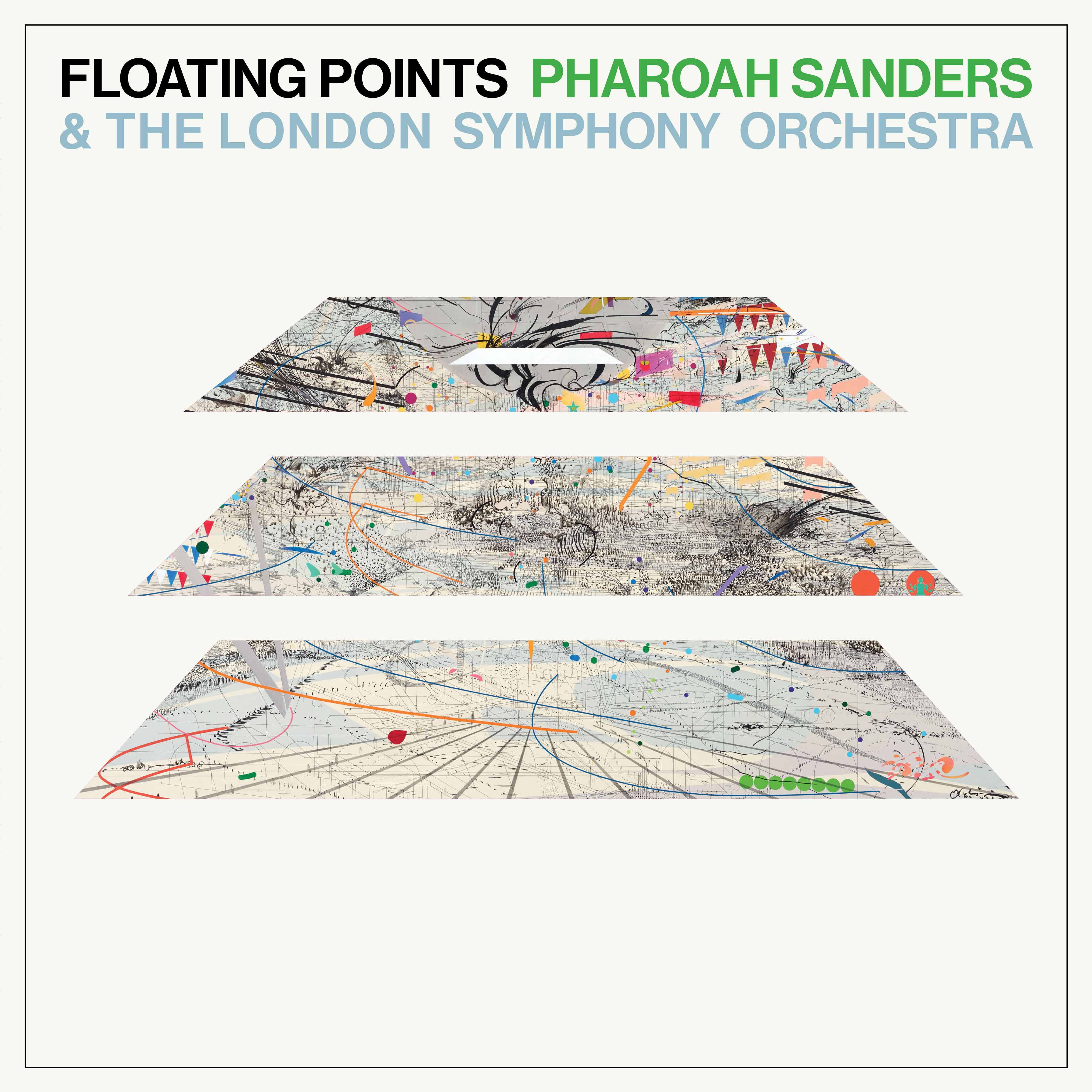 When John Coltrane died in July of 1967, the exact pitch of anguished romanticism that he had accessed through his music would have died with him were it not for Pharoah Sanders. Pharoah was Coltrane’s bandmate, fellow saxophonist, friend, sometime confidant; they shared an outward stoicism that gave way to deliberately unchecked emotionalism on their instruments. They were both born in the Southern United States—Pharoah in Little Rock, Arkansas, and Coltrane in Hamlet, North Carolina—and both men possessed regal mannerisms, refusing trivial promotional hospitality with the press. They avoided interviews, fanfare, and showmanship, yet made consistently irresistible music. Coltrane was so devoted to practice and study that he sacrificed his physical life force to play us the tone of his spirit. In an effort to be what he once declared “a force for real good,” he played himself to death, and remains a black Christ figure who traded the flesh for that eternal sounding.

When his musicians dispersed after his death, the revolutionary love that dominated the sound of late-1960s jazz also dissipated, making way for the cosmic and psychedelic phases black music would undergo throughout the 1970s. Musicians were detaching from militant pursuits of freedom and embracing ecstatic and surreal tonal registers. In 1971 Pharoah made Thembi, helping set the frequency of the incoming sound. Heaped with bells, strings, and achingly spacious arrangements, the record is one long recursive daydream, with lower stakes politically than his recordings with Coltrane, but unwavering in its continued commitment to embodying the sacred. The tortured catharsis Pharoah relished on late Trane recordings like Meditations (1966) gives way to peace so embellished it feels real, and personal. Collective fantasy had shifted from hunger for revolution to yearning for the spiritual awakening that would make violent revolution unnecessary. Artists were exploiting the clichés of political burnout and indulging in their aesthetic mandates—black jazz hippies playing for the flower crown and acid-popping anti–Vietnam War age. Escapism had replaced struggle as naturally as one note held for too long must shift or fizzle.

Fifty years later, Pharoah is again helping us find the next frequency. Having survived the spiritual and cosmic tendencies of the 1970s and the unfortunate “world music” pivot jazz underwent in the ’80s and ’90s—a dull hyperrealism undercut by almost minstrelized enforcement of “diversity” and tokenism within bands and styles—Pharoah is one of the only living musicians equipped to carry jazz tradition beyond the blithe politeness of mainstream appropriation and hype in which it currently languishes. He’s even overcome today’s prevailing burden, the fetishization of his music as sample fodder or relic by hip-hop producers and fans. 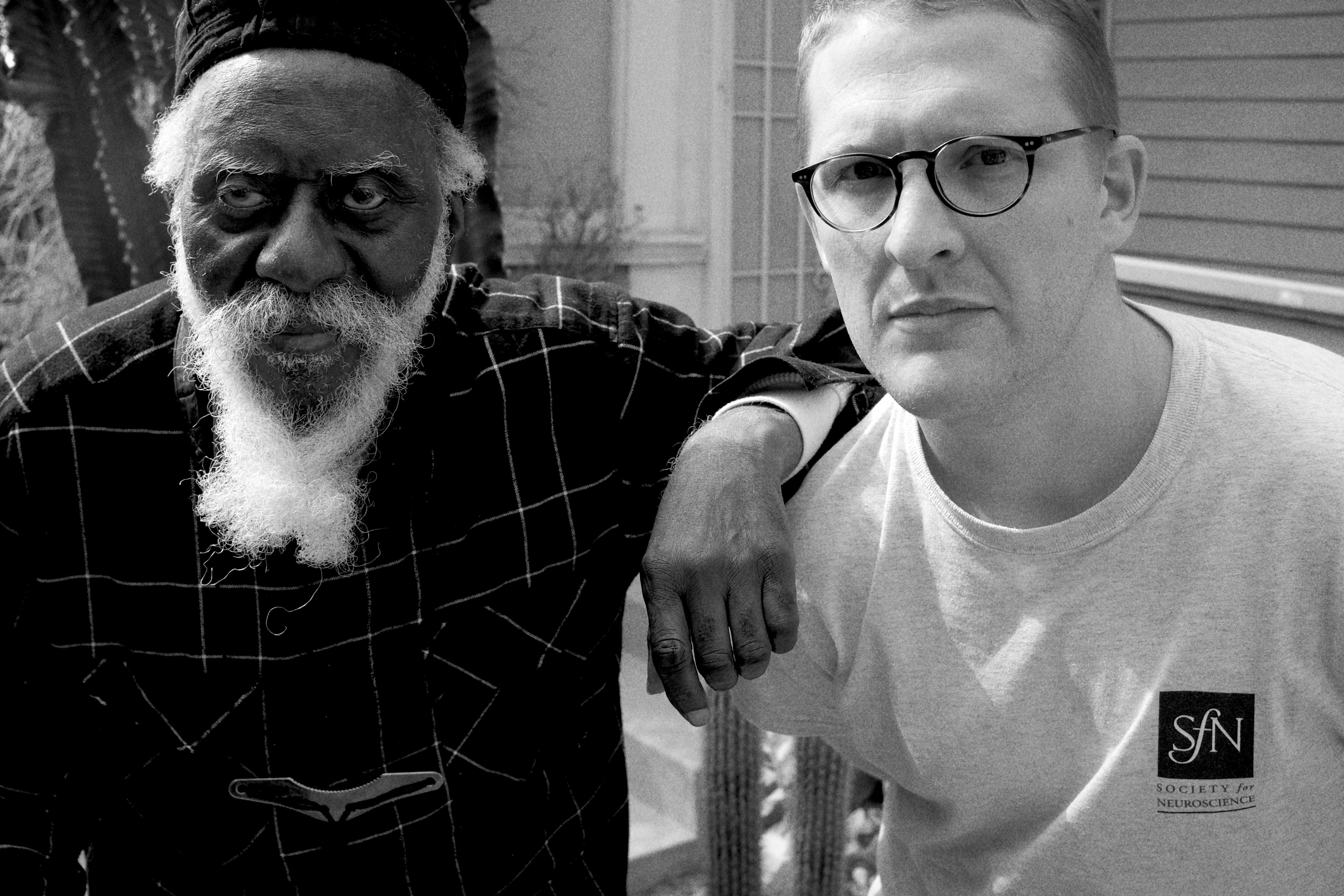 On Promises, Pharoah—alongside Sam Shepherd (Floating Points) and the London Symphony Orchestra—sounds as lucid dream–driven as on Thembi and as reverent as on Ascension (1965). Composed by Shepherd and on the label Luaka Bop, the album has been five years coming, an idea born in 2015 in Los Angeles and realized in a ten-day recording session at LA’s Sargent Studios in the summer of 2019, and then another socially distanced session in London’s AIR Studio, where the LSO recorded Shepherd’s arrangements in 2020. The outcome is nine movements, forty-six minutes that begin with a huddled dirge-like and embryonic quality, gradually brightening into cheerful resignation, with the help of Pharoah’s tonal insistence, a goodbye to all that.

A looping shimmer of Fender Rhodes chords in the shape of lurking, about-to-press footsteps opens the suite and becomes its constant refrain, repeating so often that its initial softness smudges; we cannot tell if we’re being soothed, warned, or taunted by the inescapable pulsing of sweetness against menace. Pharoah enters and cuts through the Rhodes loop a minute and a half in, but the refrain never dissolves—it dangles and coddles us every few bars, movement after movement. The loop is part of what is promised, the coaxing familiarity we must face to reach the greater unknown here. Pharoah becomes oracular onlooker. He withholds, refuses, returns in rollicking bursts while the loop steadily marches in search and in spite of him. You long for the reprieve and fluidity of the tenor, but much of Promises plays to its absence, to its potential—chasing it, then alienating it. 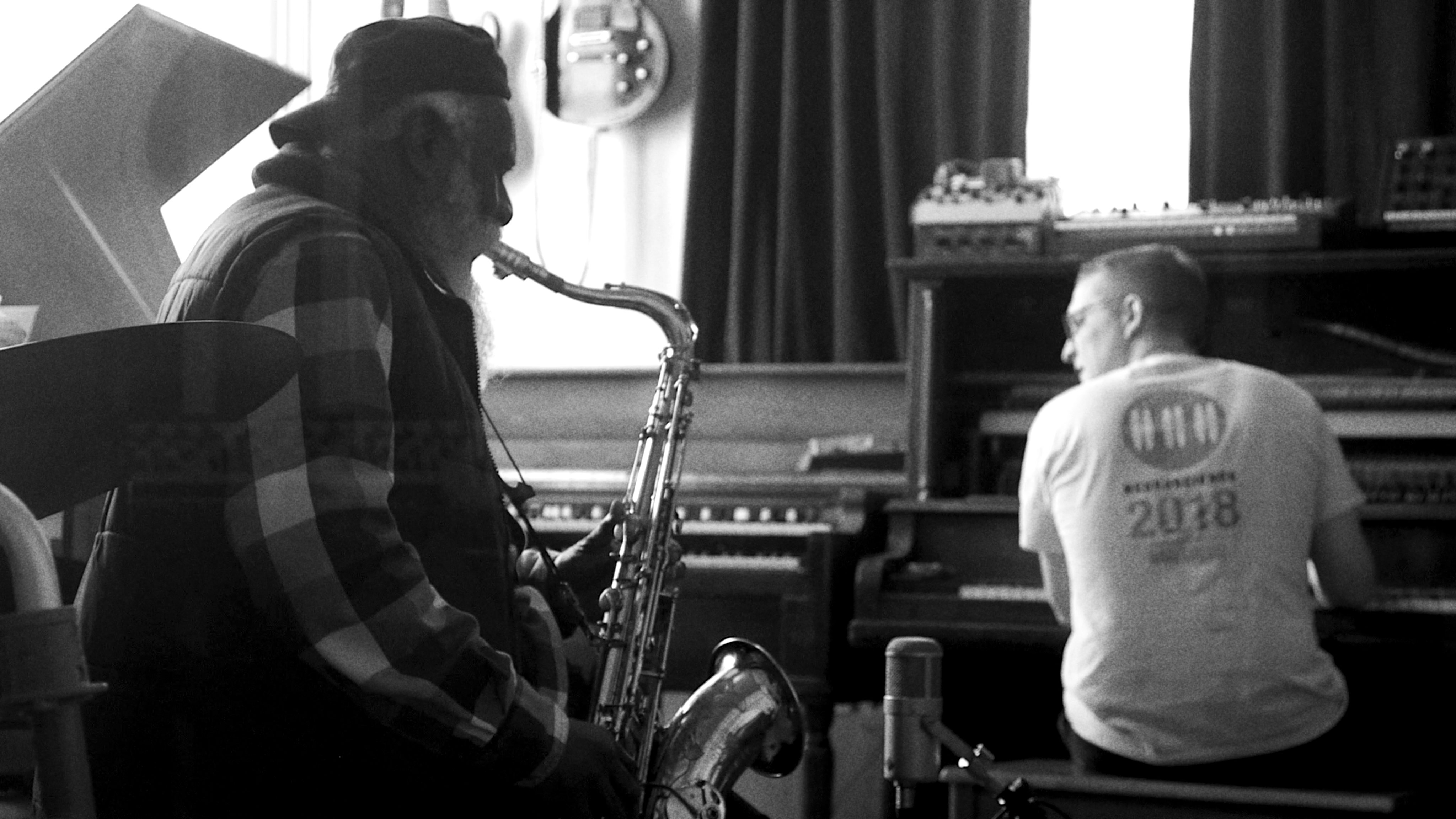 Pharoah sounds centered but aloof, like he’s in charge but could abdicate at any moment. He sounds ready to do something brave and terrifying. Daunted but jaunty, somber but giggling with anticipation. The atmosphere of this music is full of the smug humility that only veteran jazz players can conjure. Pharoah’s tone, through every aesthetic stage, has contained the assurance of what we’re gonna overcome and the decadent summits we’ll reach when we do. Atop Shepherd’s arrangements, he returns to an eager serenity that he first accessed on Thembi, while helping us witness the now, an era of bleak withdrawal that can only be reanimated by the tender dignity of our fantasies.

Pharoah performs our brass dreams as a horizon of upward spiraling and recoiling. His textures, at once tense and defiant, mimic our collective unravelling, our need for air in a constricted time. He gasps for us. In “Movement 4,” Pharoah mutters, moans, and sings a little, still traced by the footsteps of Sheperd’s Rhodes loop. He channels the outsider energy of singer-sculptor Lonnie Holley, crying out jubilantly amid ruins, duetting with renewed concepts of himself, accompanying himself to where oblivion becomes warm and inviting.

On that outskirts there’s elegy; for all the jazz musicians who died in 2020, including another Coltrane bandmate, McCoy Tyner, and for a world where improvisation was live. So many are gone that the music will have to be reborn now as it was in the 1970s, and Promises works to make that rebirth resolutely electroacoustic. The LSO joins after Pharoah’s muffled singing, with a landscape of strings that adds to and then eases the tension of Shepherd’s synths and Pharoah’s finale of tenor screams, still jubilant, stretched out and prayerlike and blues-like—a limber, well-lit agony of home-seeking. An organ toward the end is frighteningly sanctified and intimate, performing an exorcism of anything that seemed airy or rootless in prior movements. There’s ground now, a place to praise, not just footsteps but stomps. 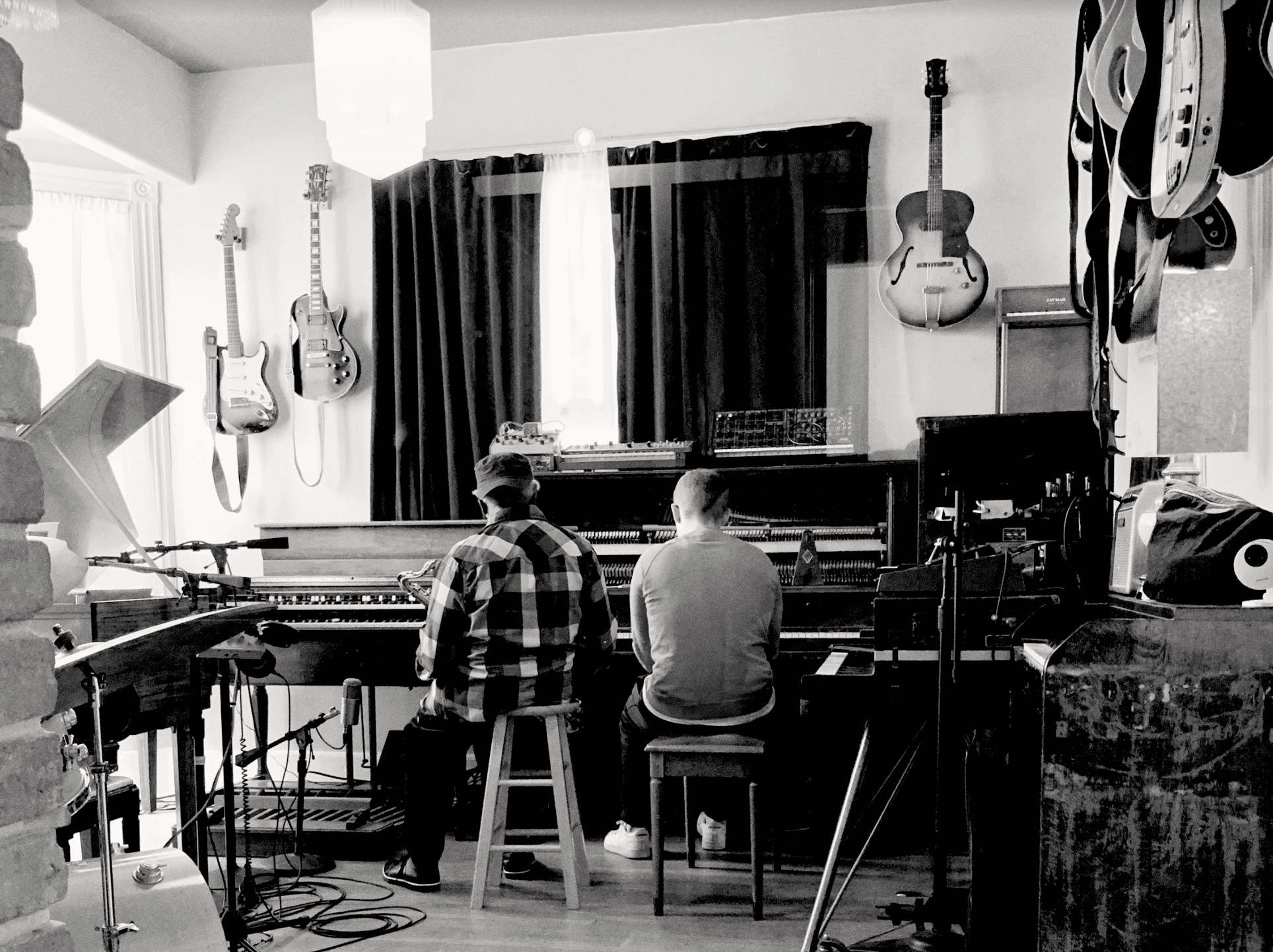 Cut by the organ’s resonance, the loop takes over again, invades, reminds us the music is haunted, edging away from ghosts of yesterday, creating a new tradition so it has something to break with in the next phase of electroacoustic sound, a code to switch out of later. The end comes as a quickening symphony of strings; Pharoah is silent and even the looping Rhodes recedes to welcome the strings’ steep grandeur. What was meditation becomes requiem.

Promises plays our vanishing world, asks us to hear into a frontier we cannot yet see, and lets us release the idea that jazz is idling and redundant. Here we’re introduced to a gothic, horror-driven mid-apocalyptic iteration, beyond revolutionary dreams and the wish for enlightenment, beyond New-Agey contrivances, beyond even hip-hop’s need to cannibalize the past. This current sound’s strength is in deep and probing surrender to the shambles of now, in fumbling in the dark instead of faking the light. Maybe sounding as stricken and ambivalent as we are is the only way to mend.

Harmony Holiday is the author of several collections of poetry and numerous essays on music and culture. Her collection Maafa will be out later this year.