From Brancusi to the human embryo: an artist’s show dives into
notions of reproduction. 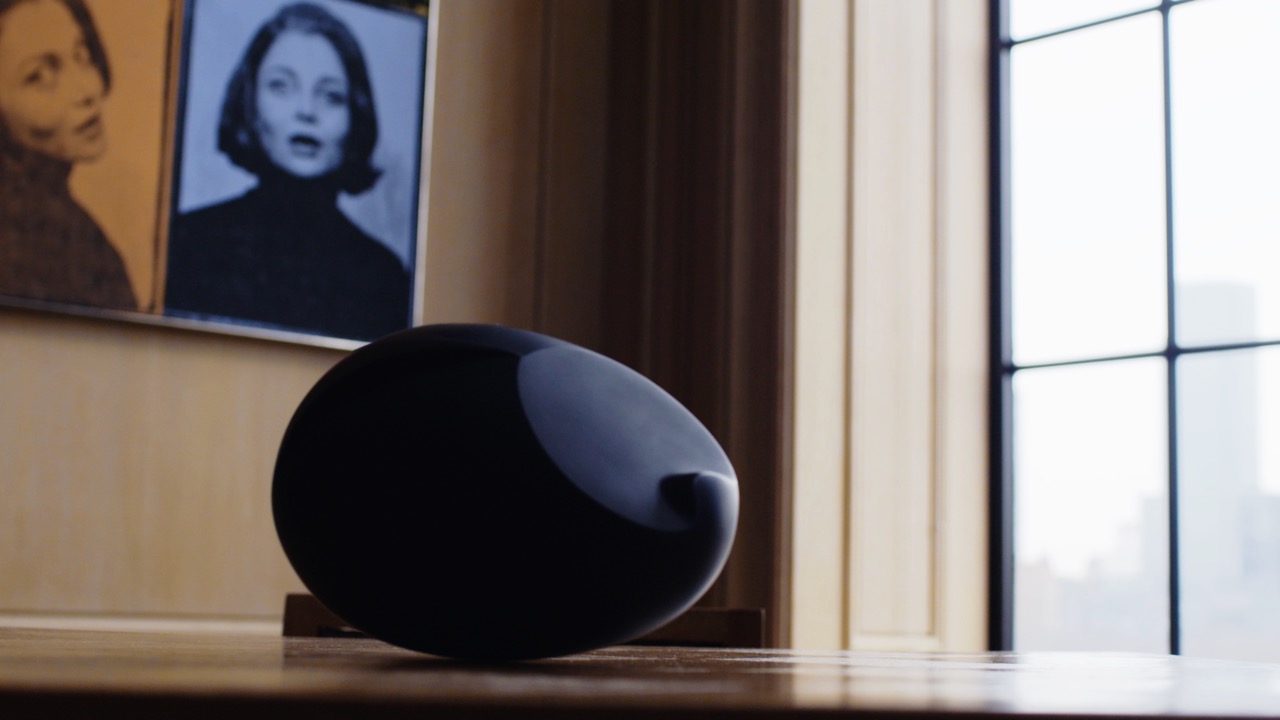 Carissa Rodriguez’s recent video, The Maid, focuses on a mysterious object. Alternately jet black and frosted white, it looks like the prototype for an impossible appliance, an egg reimagined by automotive engineers. Over the course of the video we find it in a modernist house in Los Angeles and in an upper-floor apartment on the Upper East Side of New York. It both graces a grand piano and sits on a side table between photographs of Hillary and Bill Clinton. At one point it is pulled from a shipping crate by gloved hands and placed on a covered table for inspection; at another it appears at auction. Some viewers will spot similarities between this object and Constantin Brancusi’s modernist sculpture Newborn (1915), while others will correctly identify it as Sherrie Levine’s Newborn (1993), which, in a postmodern twist, took Brancusi’s form for its own. Indeed, some knowledge of The Maid’s origin story is essential to grasping its full complexity, which is perhaps only fitting for a project that takes creation as its theme; at the same time the work raises questions of reproduction and futurity that carry Brancusi and Levine into new areas of inquiry. 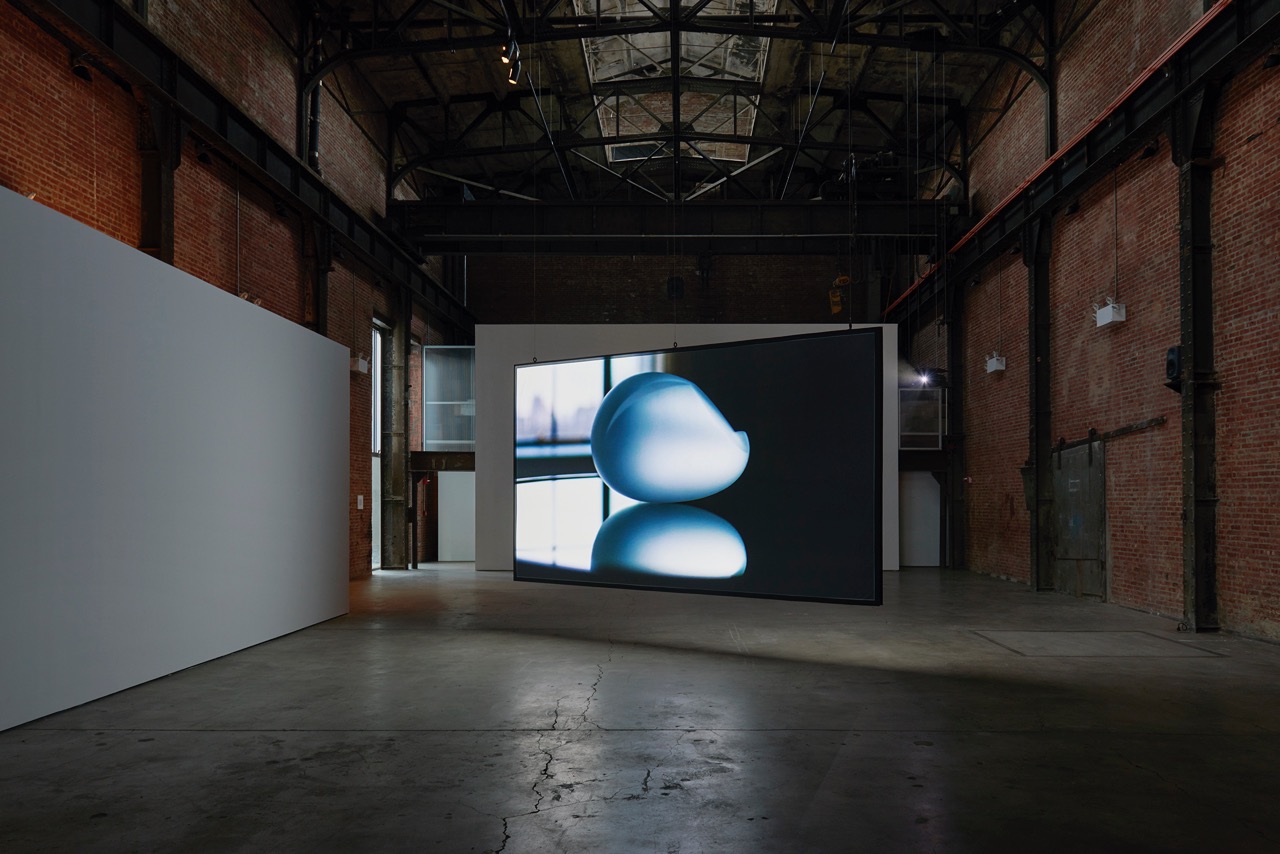 The Maid is currently playing on a massive double-sided screen inside SculptureCenter’s cavernous exhibition space in Long Island City, and the industrial nature of the institution’s architecture foregrounds the lush, controlled settings in which the Newborn dwells. Perhaps it goes without saying that it belongs to a world of money, but this is also a strangely unpopulated environment. Over the course of the video’s twelve minutes we hardly see a human figure, not even a maid’s. It’s possible that one could read this absence as an indictment of the art world’s insularity, its airlessness, and its desire to keep things fussily under control. And perhaps to a certain extent it is. One might make similar arguments about the photographs of Louise Lawler, a contemporary of Levine’s, whose practice, beginning in the late 1970s, has kept a close watch on the social lives of artworks, catching them both in corporate offices and collector’s homes. But neither the work of Lawler nor that of Rodriguez can be accurately described as clinical institutional critique. What seems more significant to both is the emotional investment we make in artworks, how they substitute for other things, how dependent they are on outside structures for their worth. The Maid’s camera-eye, stumbling and stuttering as it does, gives us some sense of the fraught ground we are on. Alternately panning and probing, it is unsteady, bobbing up and down as if at sea. The work’s rumbling soundtrack, too, imparts a queasy feeling. Rodriguez’s mise-en-scène imagines objects as inseparable from their systems of support, and yet, as we see and hear, these systems are far from stable. 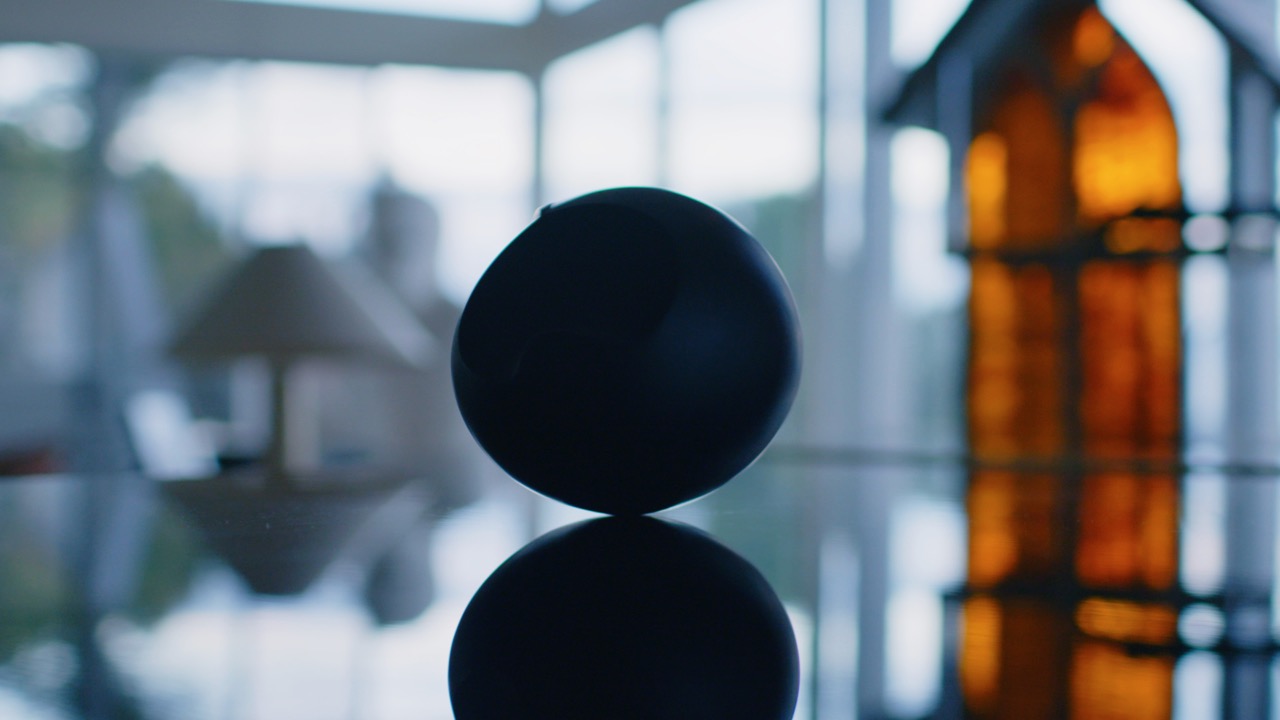 The strength, and innovation, of The Maid lies in the way it grafts various biological and institutional registers atop one another to create a complex whole. While Brancusi considered creation to be bound up with originality, Levine understood it as copying with a difference. Certainly, the ways in which Levine’s Newborn reimagines narratives of artistic reproduction led Rodriguez to feature it in her video, but over the course of the work we see that Newborn does not serve her simply as an artwork, nor is it merely a luxury item or commodity. It is both something cared for and left alone, and its complicated status becomes increasingly clear when read together with other works in the exhibition. 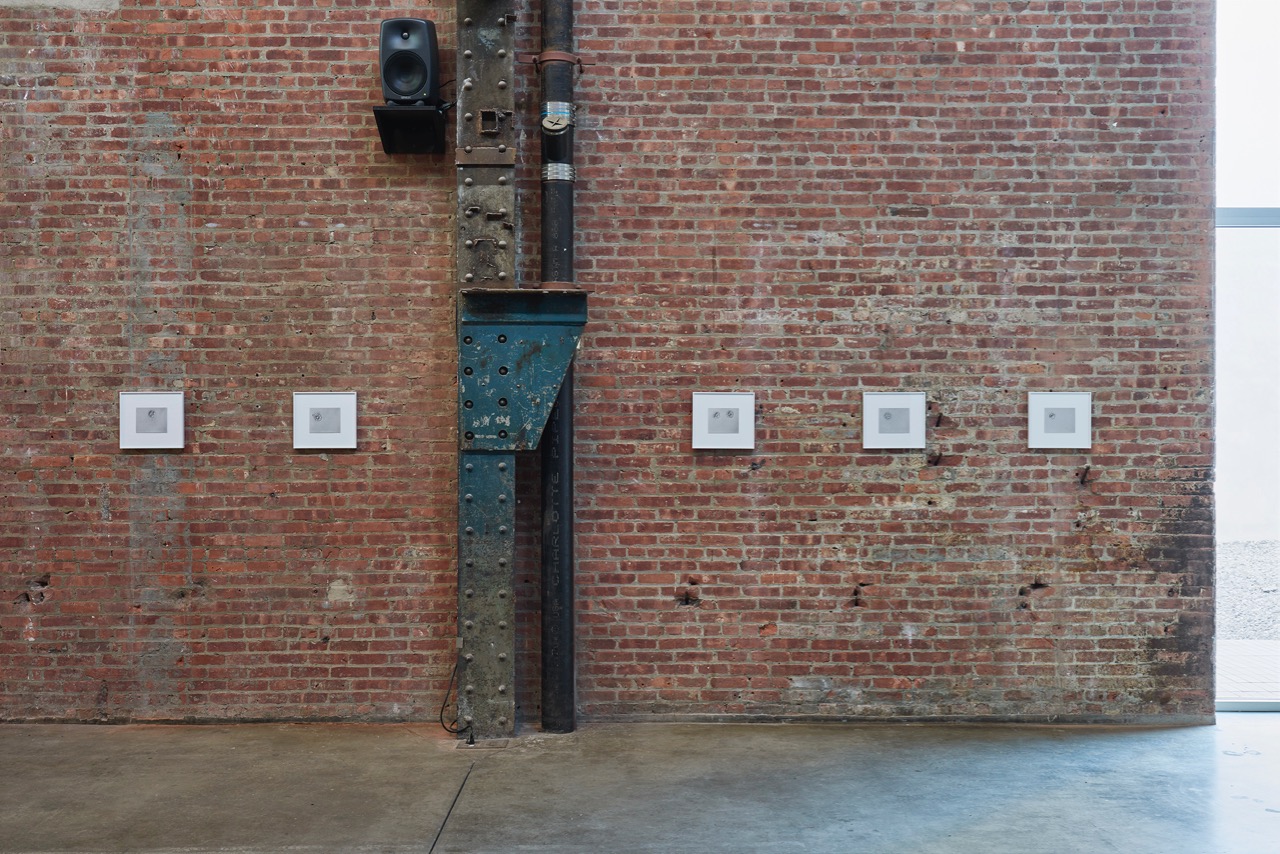 All the Best Memories Are Hers (2018) is composed of five small photographs that hang on a wall nearby The Maid in an otherwise empty gallery. Each shows a human embryo in its first days of gestation. Created with assisted-reproductive technology, these tiny entities are invisible to the human eye yet bear enormous symbolic weight. Rodriguez sourced these images, which are created to monitor an embryo’s health, from a fertility clinic, then transferred the digital files to create photographic negatives, which she then used to produce gelatin silver prints. The resulting photographs, measuring some eleven by twelve inches, have the intimate size and feel of family heirlooms, and point to yet other forms of transmission and reproduction. Not yet newborns, these are unborns, perhaps never-to-be-borns, and thus remain in an indefinite state of potential. A second, smaller video playing in the side gallery, The Girls, 1997–2018, a digital transfer of HI8 film, shows children on a playground in New York’s Chinatown. There is little else here besides play, adventure, fun, and a touch of nostalgia. Taken as an ensemble, the pieces on view present the question of reproduction in a way that is disarmingly direct, perhaps even uncomfortably literal. 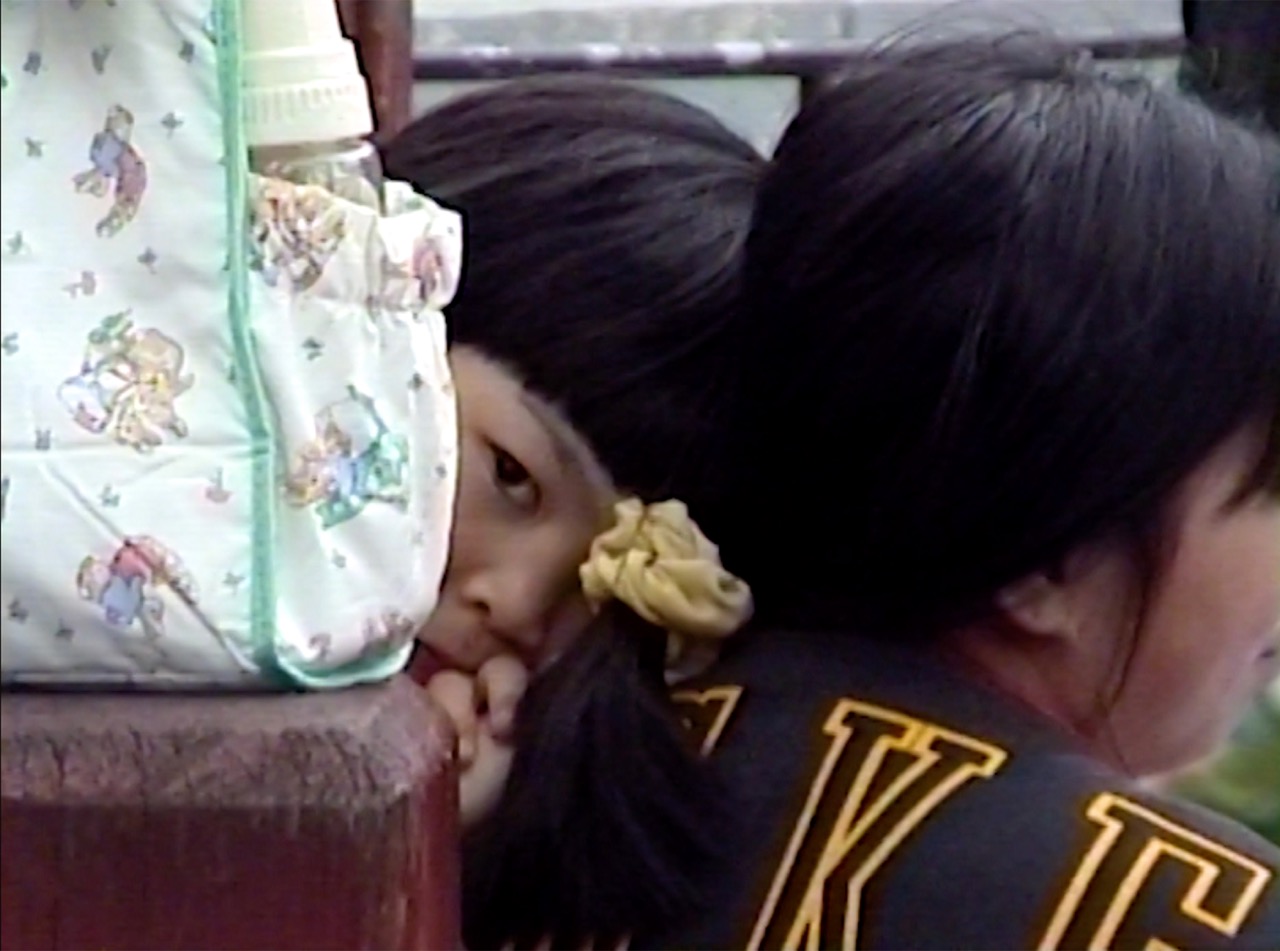 How might we understand the exhibition’s preoccupation with reproduction, not to mention the ways in which it conflates various orders of making? Levine’s work has long been described as a feminist gesture. By adopting man-made things and making them her own, she has pointed to the exclusion of women in modernist art histories and mocked masculinist fantasies of creative mastery. In turning to Levine, however, Rodriguez is less direct. Perhaps she is writing her own history, but she also seems interested in new ways of organizing art and life, and in this she shares something with others in her generation who have conjured family and kin in radical ways. The exhibition reminded me of a passage from Ben Lerner’s novel 10:04, which also considers the relation of work and family through the lens of in vitro fertilization. In a scene at the end of the novel, Lerner is at the doctor’s office with his pregnant friend Alex in the immediate aftermath of Hurricane Sandy. They are gazing at a sonogram: “On the flat-screen hung high up on the wall, we see the image of the coming storm, its limbs moving in real time, the brain visible in its translucent skull,” he writes. Here, too, the biological is rendered in aesthetic form, wonder and horror combine, and we are left to ponder what the future might look like.