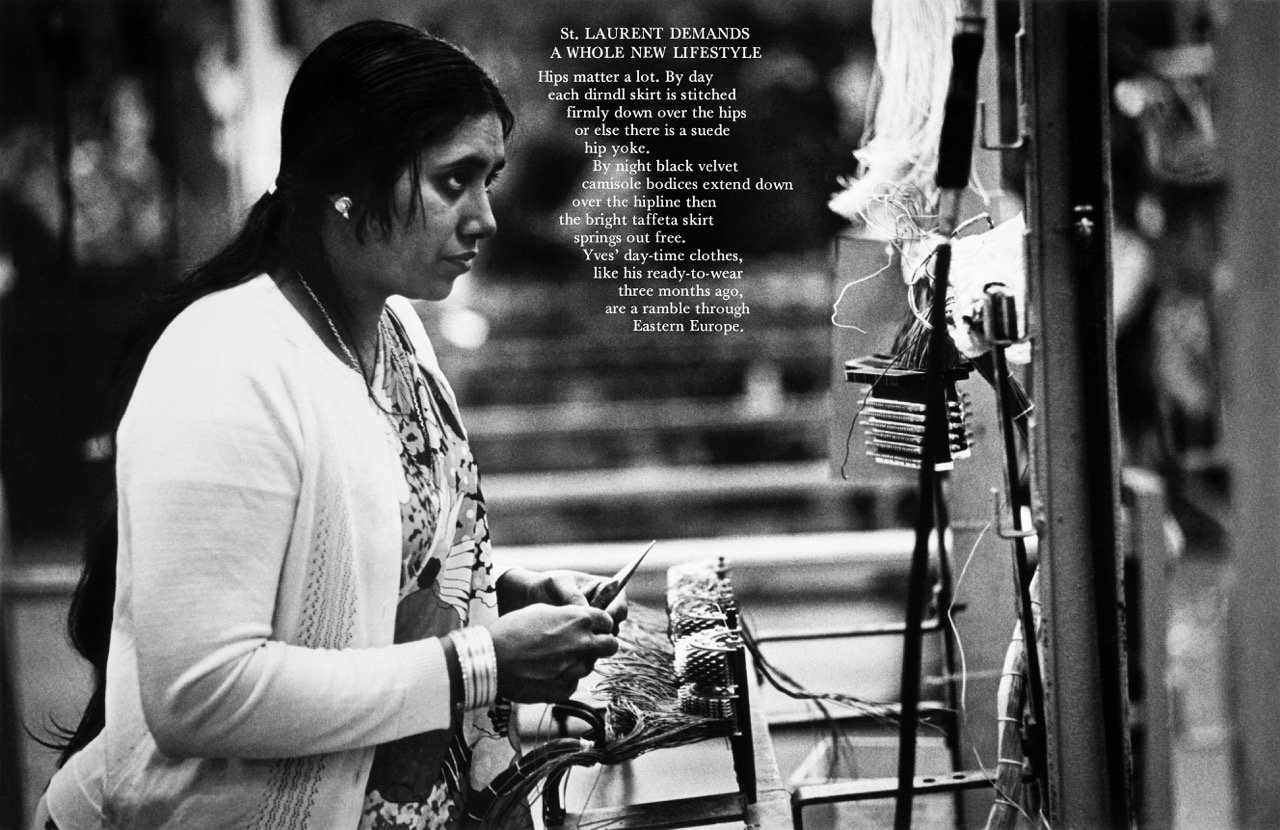 Victor Burgin began his career taking photographs of the floor. His 1967–69 Photopath, included in the British iteration of the seminal conceptual art exhibition Live in Your Head: When Attitudes Become Form, returned those photographs to their original site, creating a diagonal “path” of prints that mirrored the wooden floor beneath. Both a doubling and an alteration of the exhibition space, Photopath traced the edge between reality and representation. In doing so, Burgin’s work asked viewers to contemplate both the context and conditions of spectatorship. But site specific to the extreme, Photopath verged on tautology. Burgin soon decided to use photography not simply to scrutinize the gallery, but to probe the connection between the aesthetic realm of the white cube and the world outside with a body of work that at once mimicked and manipulated the codes of commercial advertising. His 1976 Possession is the canonical example: featuring an appropriated image of a pampered white couple, it is bracketed by a question—What does possession mean to you?—and a firm statement of fact: 7% of our population own 84% of our wealth. And importantly, while the work has appeared in galleries, it has also been postered on city streets.

Another major body of work from this time, UK 76, made on the occasion of Queen Elizabeth’s Silver Jubilee, is currently on display at Bridget Donahue in a sort of fortieth-anniversary celebration. Here, Burgin continued his reorientation of photography from floor to wall, but rather than transform his pictures into precious prints, matted and framed, Burgin fixed his images to the gallery as a series of posters, pasting them straight to the wall (although not, as with Possession, out in the streets). The project’s eleven black-and-white prints don’t so much hang as stick, and the scenes depicted—a white woman staring into space at the grocery store; a black woman on the sidewalk; power lines soaring over an empty street—resonate with a slew of genres, from landscape painting to magazine spreads—which simultaneously fit them into their gallery context and provide them with distance from it. The prints are large: years before Jeff Wall expanded photography so that it might compete with painting, and gave it the frames and colors to match, Burgin made it clear that “big photography” already existed in the form of advertising. 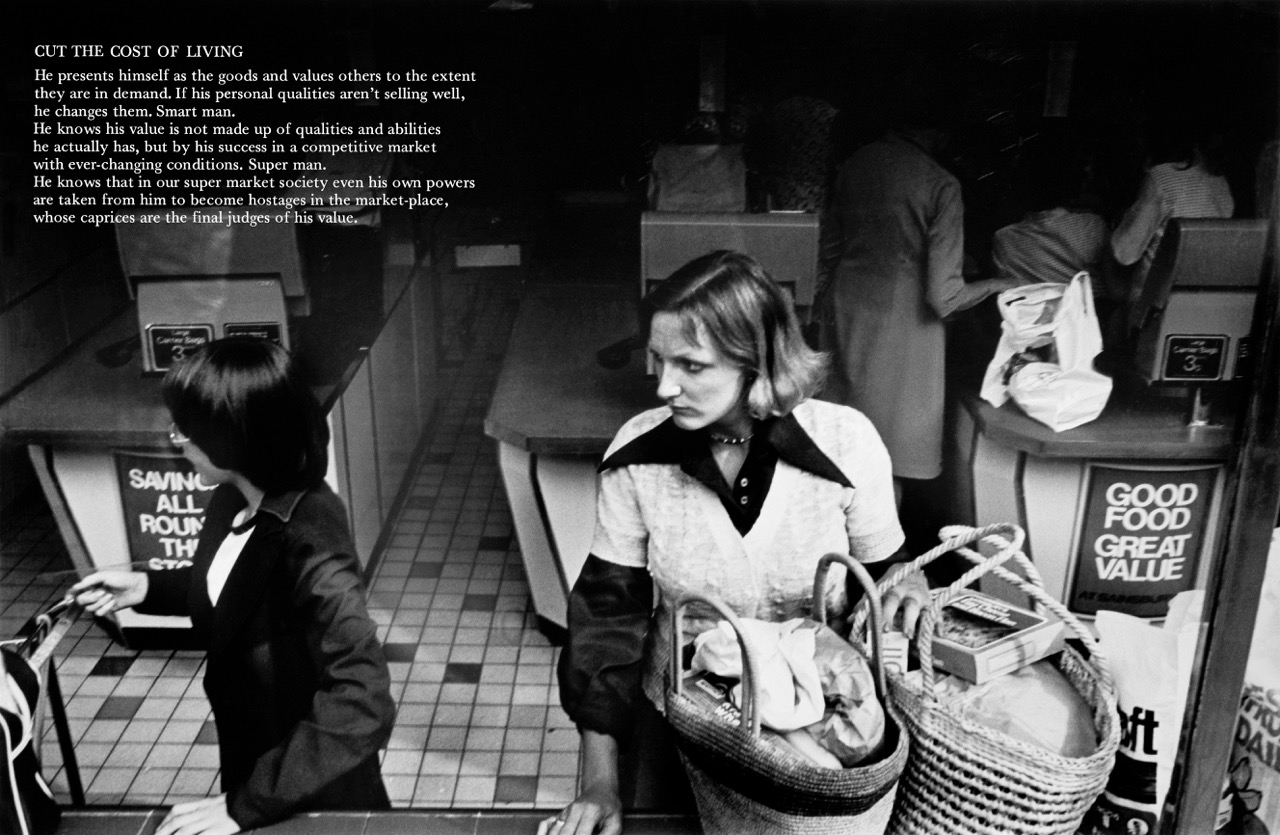 Burgin shot these photographs as part of a commission from the National Community Development Project, a UK national charity, but, in their strange lack of empathy, the images depart from traditions of picturing “the other half,” swinging between something like surveillance footage and promotional materials. They also destabilized quaint ideas of Englishness on the twenty-fifth anniversary of the Queen’s accession; while there is one image of village life (notably tagged with a sign reading “PRIVATE”), there are many more pictures of fashion spreads and urban ennui. Moreover, the stanzas of text implanted in each photo—more than captions, one might think of them as prose poems—connect with language-based conceptualism and the lingua franca of advertising at the same time. Their tone is inconsistent: they speak breathlessly of Yves Saint Laurent fashions in one instance and parrot the syntax of Marxist philosopher Louis Althusser in another. Strange parables of surveillance and wage labor, they are alternately didactic and enigmatic, with no consistent narrator standing behind.

While close to the strands of conceptual art that sought to map social systems (think, for example, of the gridded logic of Stephen Willats or Mary Kelly’s chronicles of subject formation), Burgin’s work might today be interesting to think about as another kind of punk; after all, 1976 was also the year that the Sex Pistols released “Anarchy in the UK.” Jamie Reid’s doctored image of Queen Elizabeth, for one, gave the sound a visual language, but it used an older type of montage somewhere between Dada and a ransom note to do so. Like punk, Burgin’s work is similarly patchwork in its sources and in its aggressive relationship to history, but by contrast it appears virtually seamless as an image; the work’s frisson comes from how closely it approaches advertising’s codes, its asymptotic proximity to photojournalism, without touching either one precisely. His project, one might say, is the product of a double negative: neither this nor that, it becomes something else.

Burgin received considerable acclaim for such work, but over time his relationship to art practice shifted. In a 1997 interview with the art historian John Roberts, the artist spoke somewhat bitterly about his drift away from the art world. Disgruntled about its embrace of fashion (ironic given his interest in the subject) and the art world’s lack of serious thought, he explained his migration toward the relative freedom and stability of academia, where he wrote a number of important and difficult books (see, for example, his 1996 volume In/Different Spaces: Place and Memory in Visual Culture). But over most of this time he has continued to make work, and his current show at Cristin Tierney gives some sense of what Burgin, now seventy-five, has been up to in recent years. 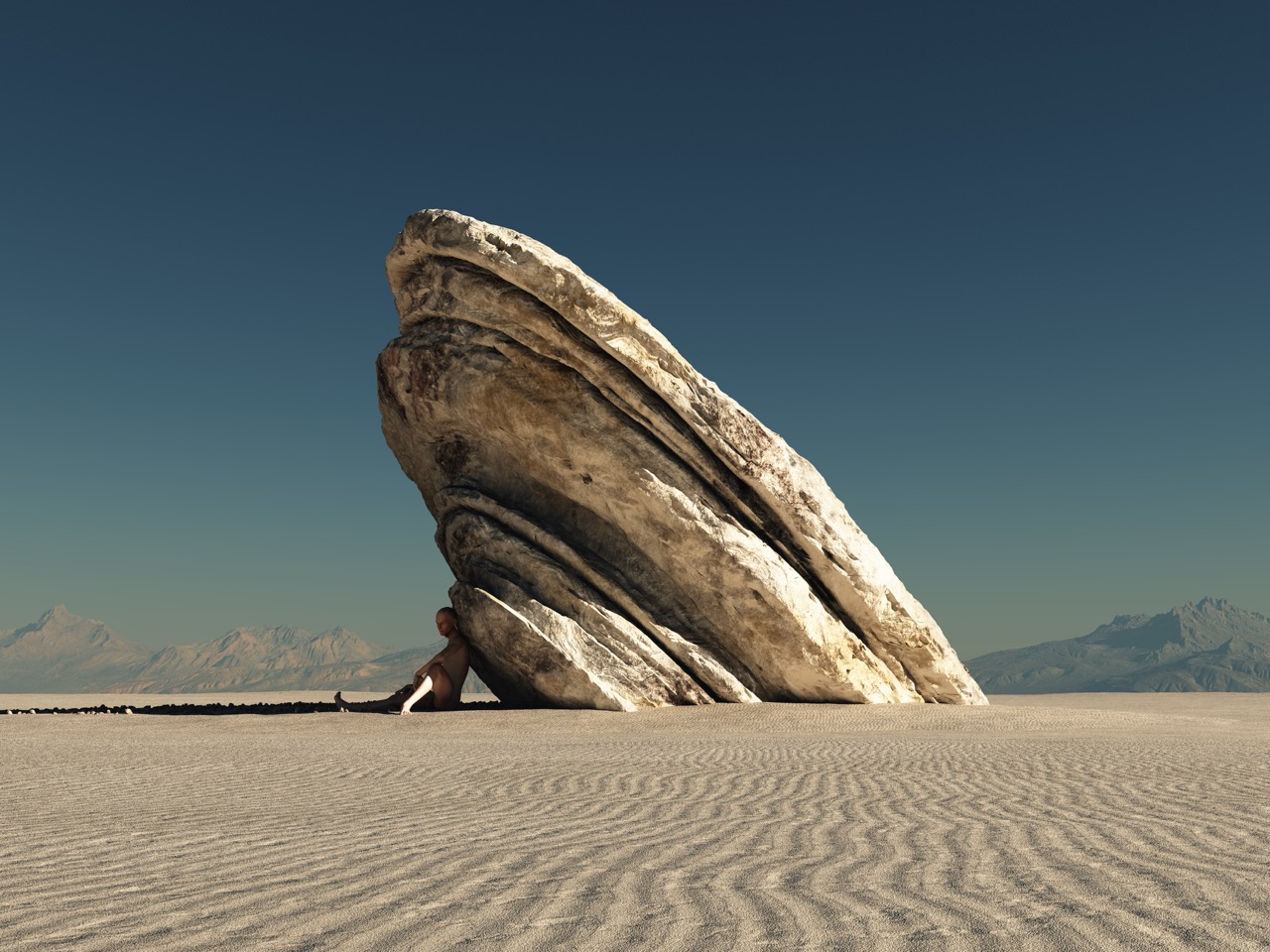 Consisting of two silent, sumptuous, and somewhat ponderous digital projections, the exhibition is titled Midwest in reference to the central swath of the US. (Born in Sheffield, Burgin has always kept an eye on goings-on in the States, and another body of work, US 77, is currently up at the Slought Foundation in Philadelphia.) While this is suggestive territory to map in an election year, Burgin’s videos are far removed from current exigencies: instead they depict desert flats, eerie interiors, startling rock formations, modern architecture. Prairie (2015) tells the tale of Mies van der Rohe’s Illinois Institute of Technology campus in Chicago, and the destruction of an apartment building called the Mecca, while Mirror Lake (2013) looks at Frank Lloyd Wright’s Taliesin and the native peoples who once inhabited nearby land. Each offers a combination of text and high-definition image, often computer generated. Invested in architectural ornament, which they treat as the bearer of social relations turned into form, the videos are intriguing, but they give off the strange air of an academic exercise. The shift in Burgin’s work from the mid-1970s to today seems bound up with changing conceptions of photography, as well as a changed treatment of architecture. His early work engaged the architectural space where art is presented and understood the photograph as a physical index of the object it depicted, a certain mode of documentary, which it placed alongside other realities. Here the real occurs in a specifically digital form of imagination. Moreover, while the earlier work maintained an agonistic relationship to the gallery, here, with the white cube turned into a black box, it simply feels ambiguous: these enlarged PowerPoints could happily loop on any number of screens, and yet their target remains unclear. 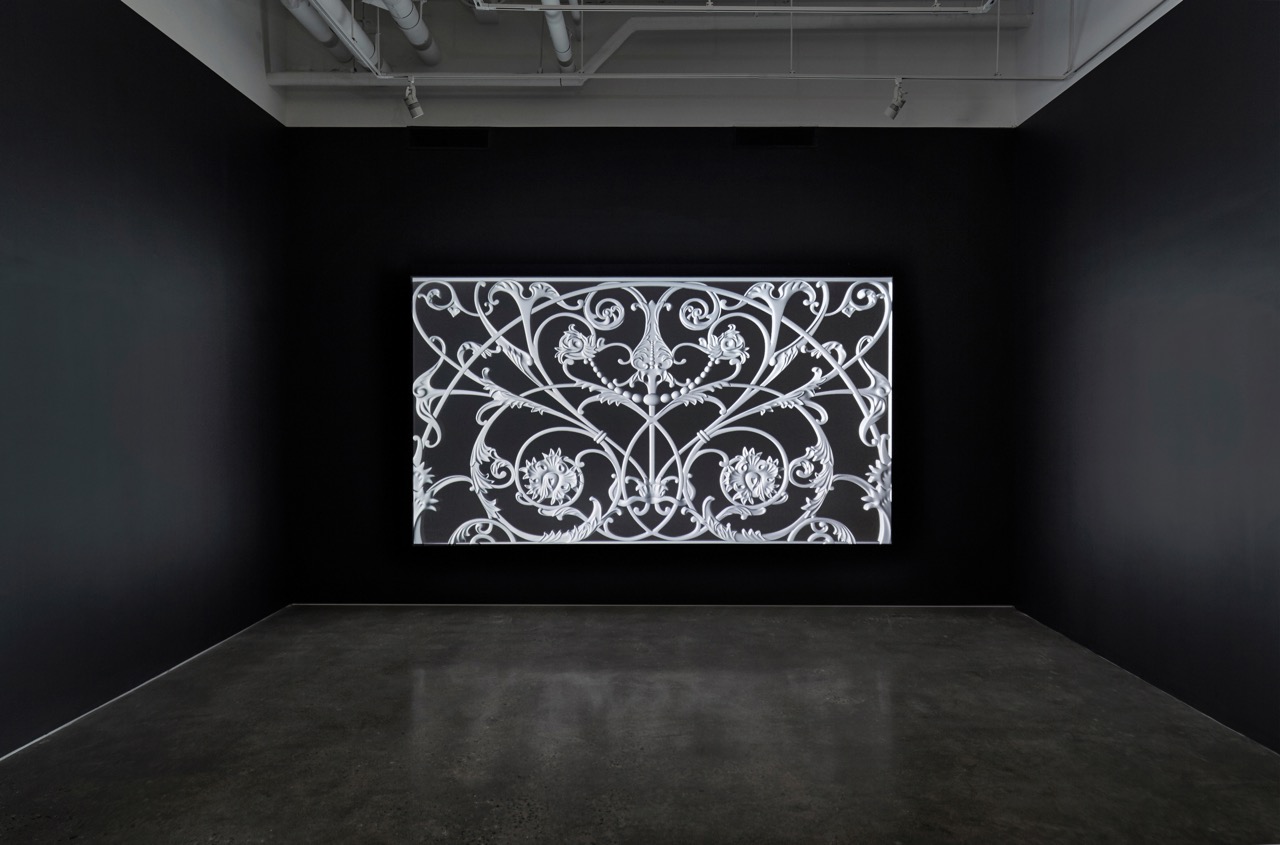