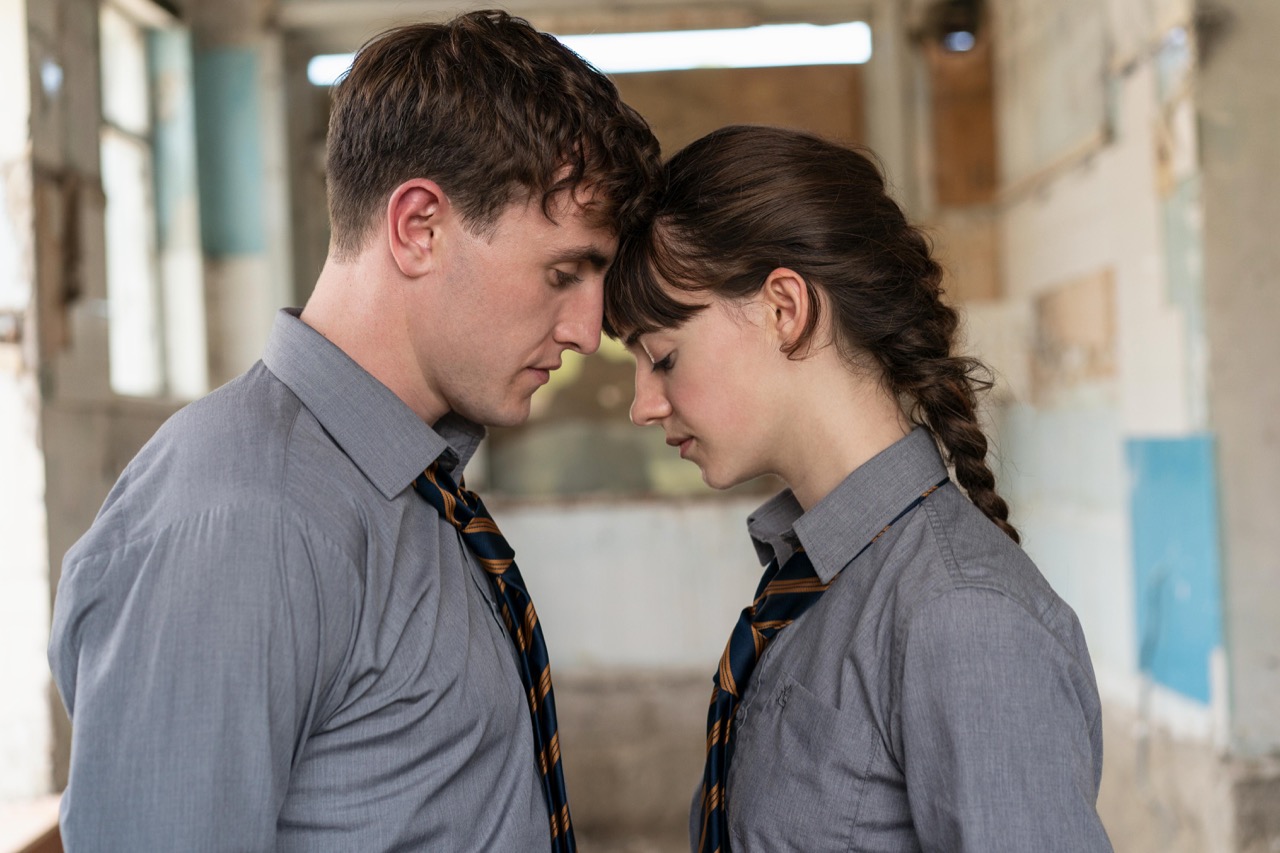 In her 1997 essay “The End of the Novel of Love,” Vivian Gornick connects latter-twentieth-century social and cultural shifts to the dethroning of romantic love as literature’s crown metaphor. If for Wharton, James, and Lawrence love was a source of pure contextual gold, “within which an enormous amount could and did get said,” a few decades of free love and serial attachment had tanked its valuation. Novelists who treat love as anything more than “necessary but insufficient: it cannot do for us what we must do for ourselves” are doomed to write small and traffic in sentiment. What reader, Gornick wonders, could now be persuaded that romance-driven characters “are going to get to something large? That love is going to throw them up against themselves in such a way that we will all learn something important about how we got to be as we are, or how the time in which we live got to be as it is.”

The very young couple at the center of Normal People, Irish author Sally Rooney’s 2018 novel, appear stuck in the credulity gap Gornick describes. Residents of the small west Ireland town of Sligo, high school seniors Marianne and Connell are defined primarily by their place in the social order. Mousy but rich and self-possessed, Marianne “has no friends and spends her lunchtimes alone reading novels. A lot of people really hate her.” Handsome and sporty, working-class Connell is the stealth alpha in his popular crew and a secret English-lit nerd. Their connection seems to not just surprise but blindside both the lonely virgin Marianne and the more experienced Connell, who has found sex with various girlfriends to be “so stressful as to be largely unpleasant.” Its intensity is foreign, abnormal—beyond the scope of expectation and perhaps of reason. Normal People enacts a drama of reconciliation: alien to themselves and unable to communicate, Marianne and Connell begin a rather endless cycle of detachment and reunion that culminates in the simple recognition that love relationships can indeed hold extraordinary meaning, that life-altering romance is real. 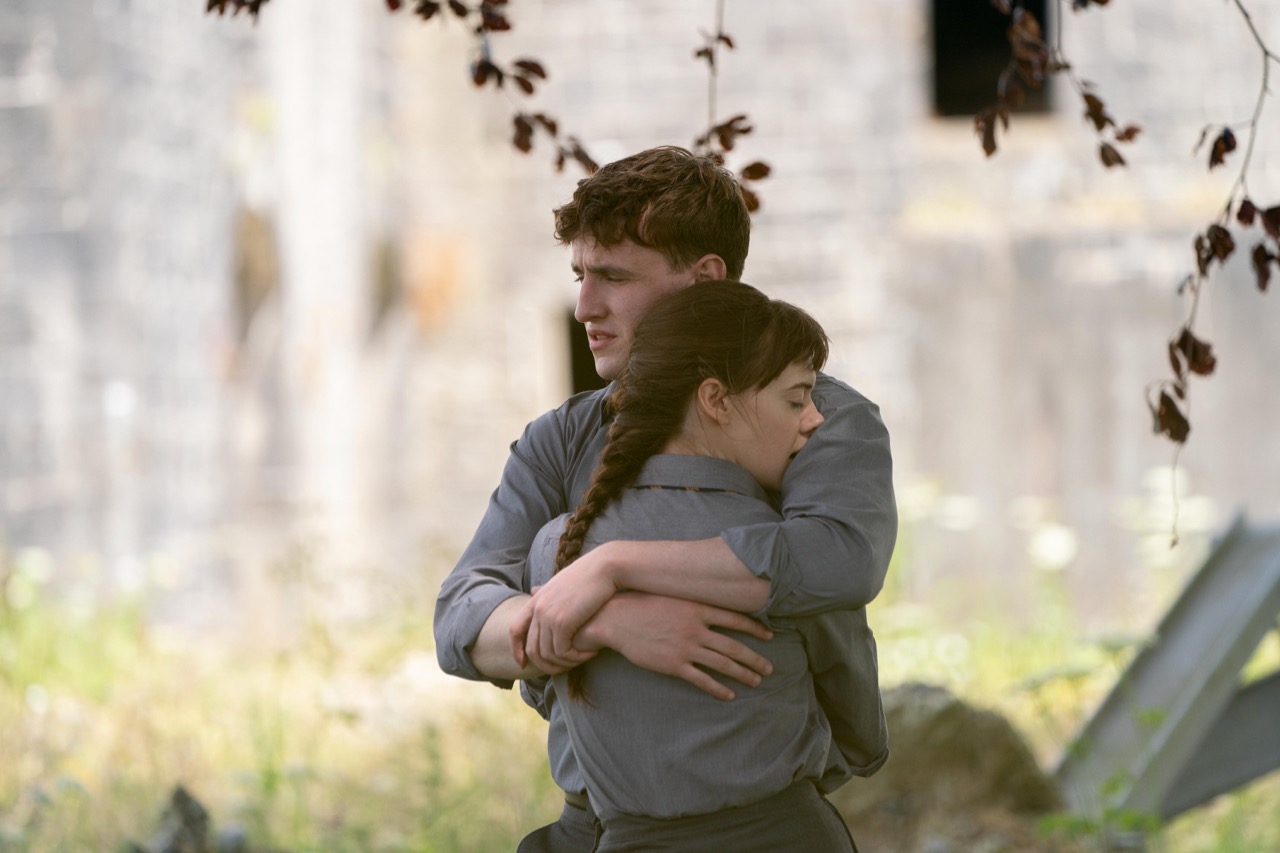 Normal People—newly adapted into a limited series of twelve half-hour episodes—confirmed twenty-nine-year-old Rooney as the novelist of her generation. If critics placed it firmly behind Conversations with Friends, her 2017 debut, they extolled the book’s further evidence of Rooney’s grasp of millennial character and milieu, along with what critic Christine Smallwood called “her freakish psychological acuity.” Written in a semi-reliable close third person that alternates between Marianne and Connell chapter by chapter, Normal People consists of long scenes in which the main characters say things but think other things. That their inner workings are often more interesting than their actions poses a challenge to any on-screen adaptation, but particularly one of length: how to dramatize a saga of thwarted self-knowledge and mutual inscrutability without drifting into emo oblivion?

If it dabbles in furry close-ups and the odd wistful montage, the Hulu–BBC Three coproduction (Rooney coscripted six episodes with Succession writer Alice Birch) finds a more plausible source of emotional power in its finely modulated lead performances, which have ample room to unfold. As in the novel, the story’s effects are sneaky, cumulative, dependent on your willingness to agonize along with Marianne (Daisy Edgar-Jones) and Connell (Paul Mescal) across four years, two diplomas, and a series of sloppy partings. Their bond is presented as sacred but tainted by an original sin. After some light flirting at Marianne’s house, which Connell’s mother Lorraine (Sarah Greene) cleans, the two begin having sex in the winter of their senior year, on the condition that Marianne keep their liaisons a secret. 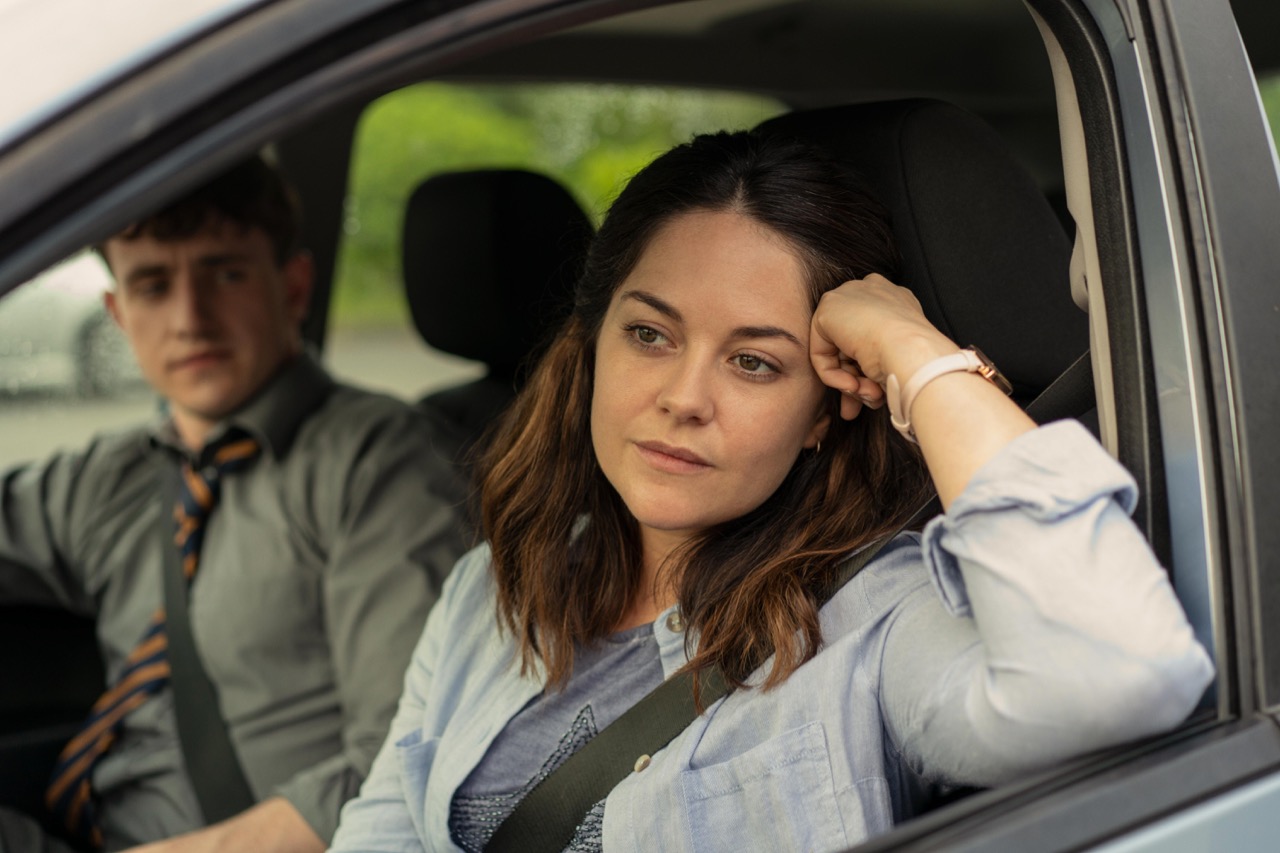 Her agreement suggests a masochistic streak, a hunger more carnal than his and more desperate. As much as his affection, Marianne longs for Connell’s status and beauty. She also encourages him to study English at Dublin’s Trinity College, where she is set to go, and where they run into each other at a party that fall, some months after their hook-ups came to an abrupt end. Surrounded by friends, a vision in cool-girl hair and lots of eyeliner, Marianne is transformed. Her money matters here; it is Connell who flails in the outer social territories. So the balance of power shifts between them, back and forth on a fulcrum of class, ambition, and desire. The resulting emotional carnage nearly swallows them both. Their animating question is ours: Should these kids try and figure out what it means to really love someone, or leave each other alone? 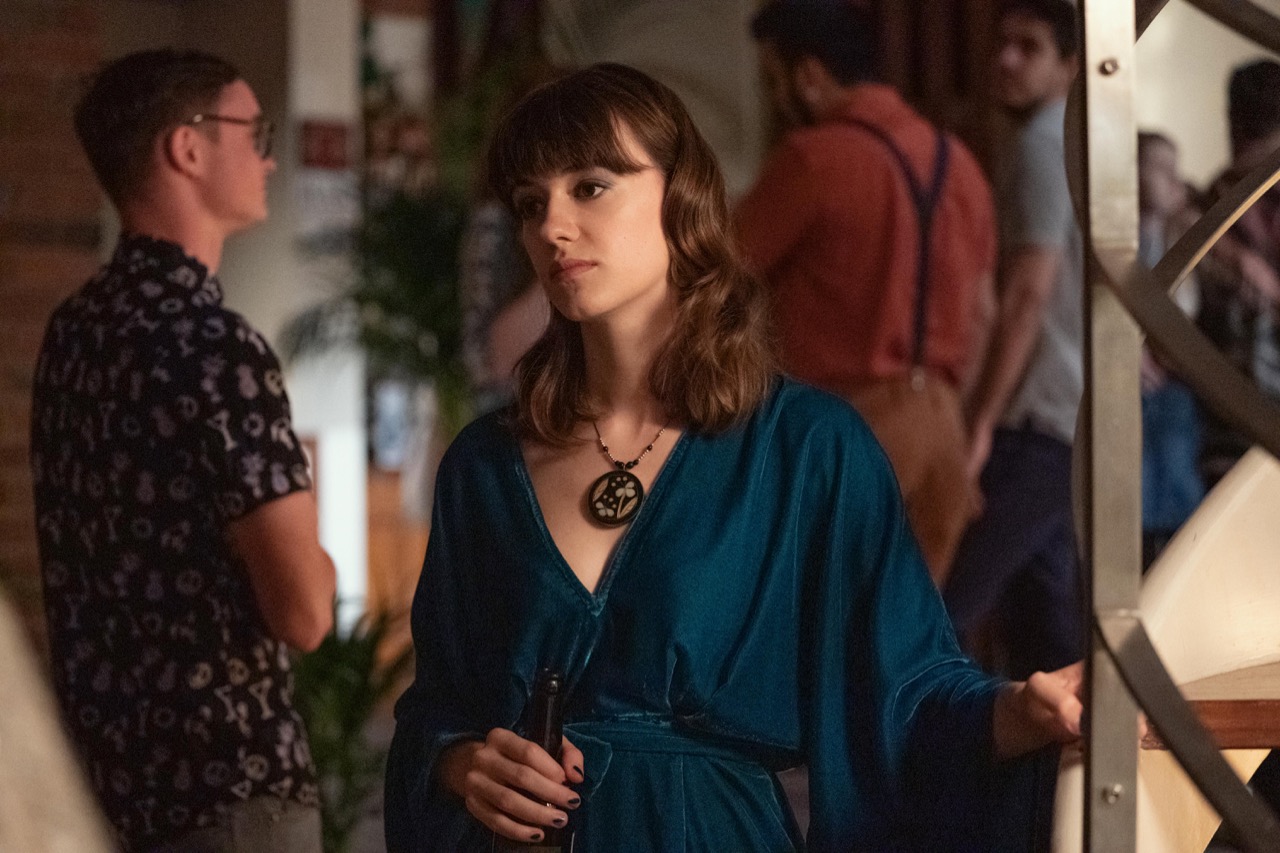 As in the book, a more intelligible arc renders Connell the stronger character. With his aquiline profile and compact, muscular frame, Mescal is an apt conduit for Connell’s blend of sensitivity and aloofness, drive and insecurity, intelligence and deep unsavvy. Both Mescal and Edgar-Jones excel at stillness, telegraphing in Morse code flickers the plight of being trapped inside themselves. The latter especially extracts from sheer poise a universe of pain, rapture, and confusion. But where Connell experiences some big-ticket, character-shaping events—the death of a friend, major depression, his beginning as a writer—Marianne fades into enigma. Even more so than in the novel, her relationship to BDSM plays as a facile plot point rather than a vector of useful complication. 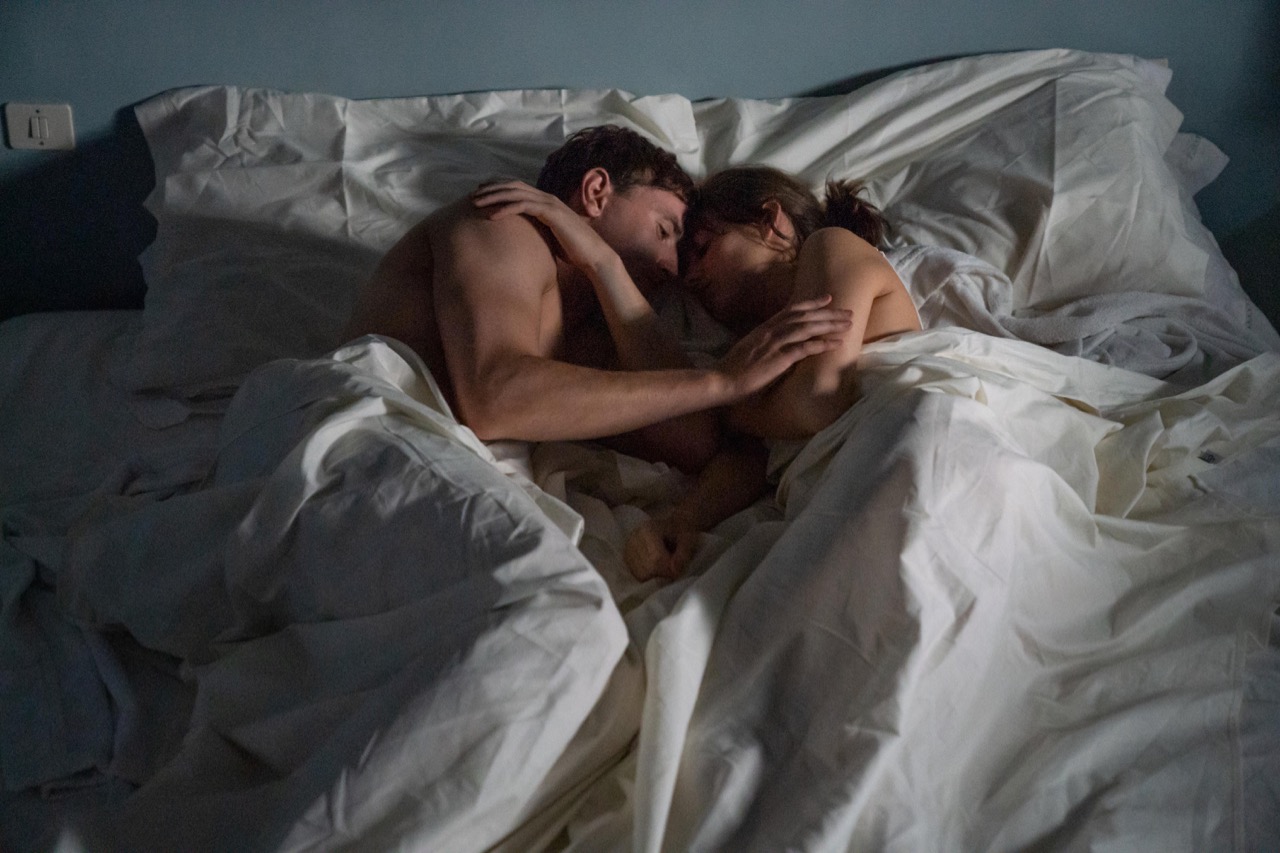 The sex scenes, of which there are a healthy number, highlight the limits of adapting a story as rooted in interiority as this one. Directors Hettie Macdonald and Lenny Abrahamson have to show us not just good or reasonably hot sex, like the kind Connell has with his “normal” girlfriend, Helen (Aoife Hinds), but what the book frames as transcendent, world-shattering sex. What Rooney captures so well—the profoundly inward, psychic nature of physical intimacy—is lost, despite a keen effort, in the usual assemblage of grinding bodies and faces panting into each other. Other aspects of the book are reproduced too faithfully: secondary characters tend to appear in rough caricature, notably Marianne’s mother (Aislín McGuckin), a corporate ice queen who sanctions her daughter’s abuse at the hands of her ogre son (Frank Blake). Lorraine too nearly disappears into the mold of wise, empathic proletariat. 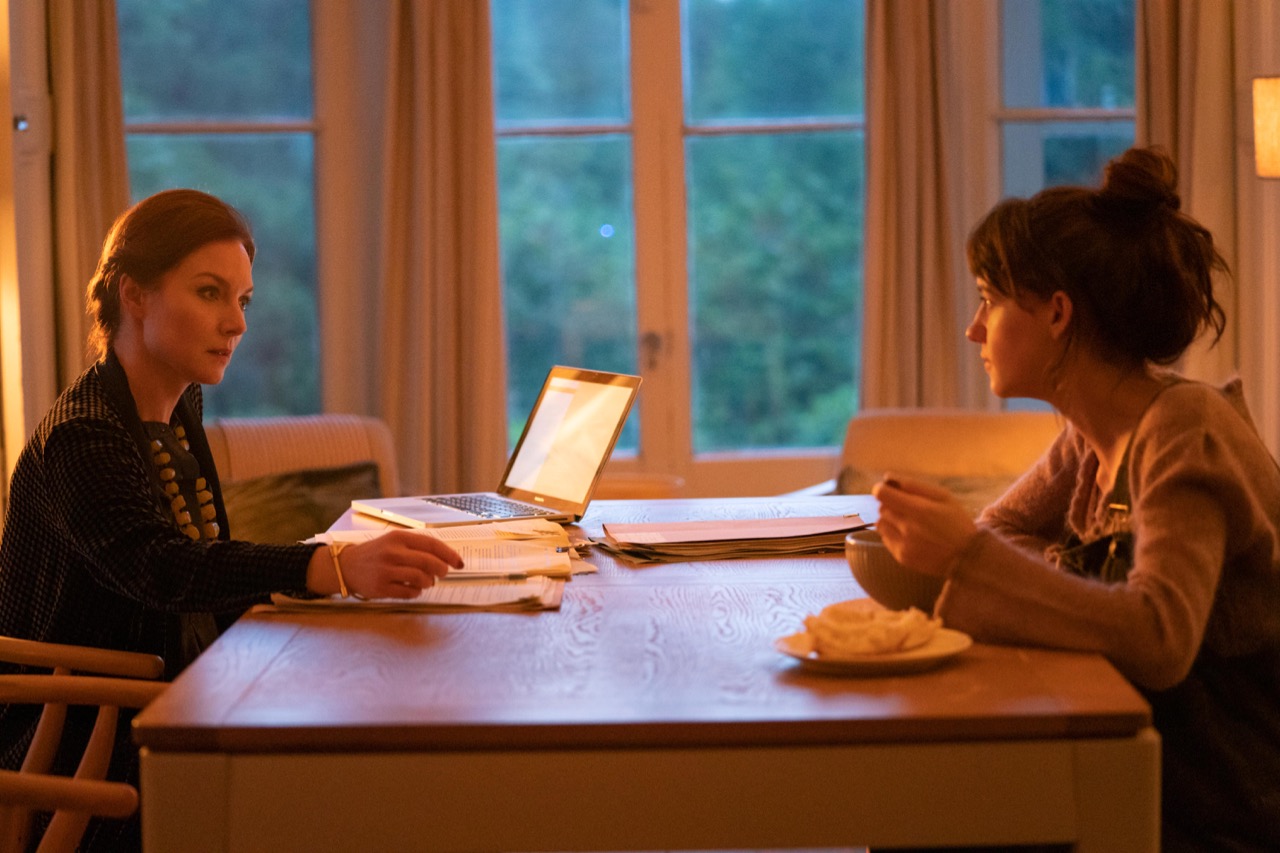 But then Rooney’s point is the sudden invention of a world that contains only them, a sphere of privacy so potent and tenacious it takes years to fathom. What might it mean to be free in such a world, to live an earthly life? If it doesn’t disprove Gornick, Normal People bests her: Marianne and Connell’s love story gets at something large precisely because it comprises a series of lessons in self-respect.

Michelle Orange is the author of This Is Running for Your Life: Essays and the forthcoming nonfiction book Pure Flame.