“To arrive is never to arrive”: Valeria Luiselli tracks a trip to the
US-Mexico border. 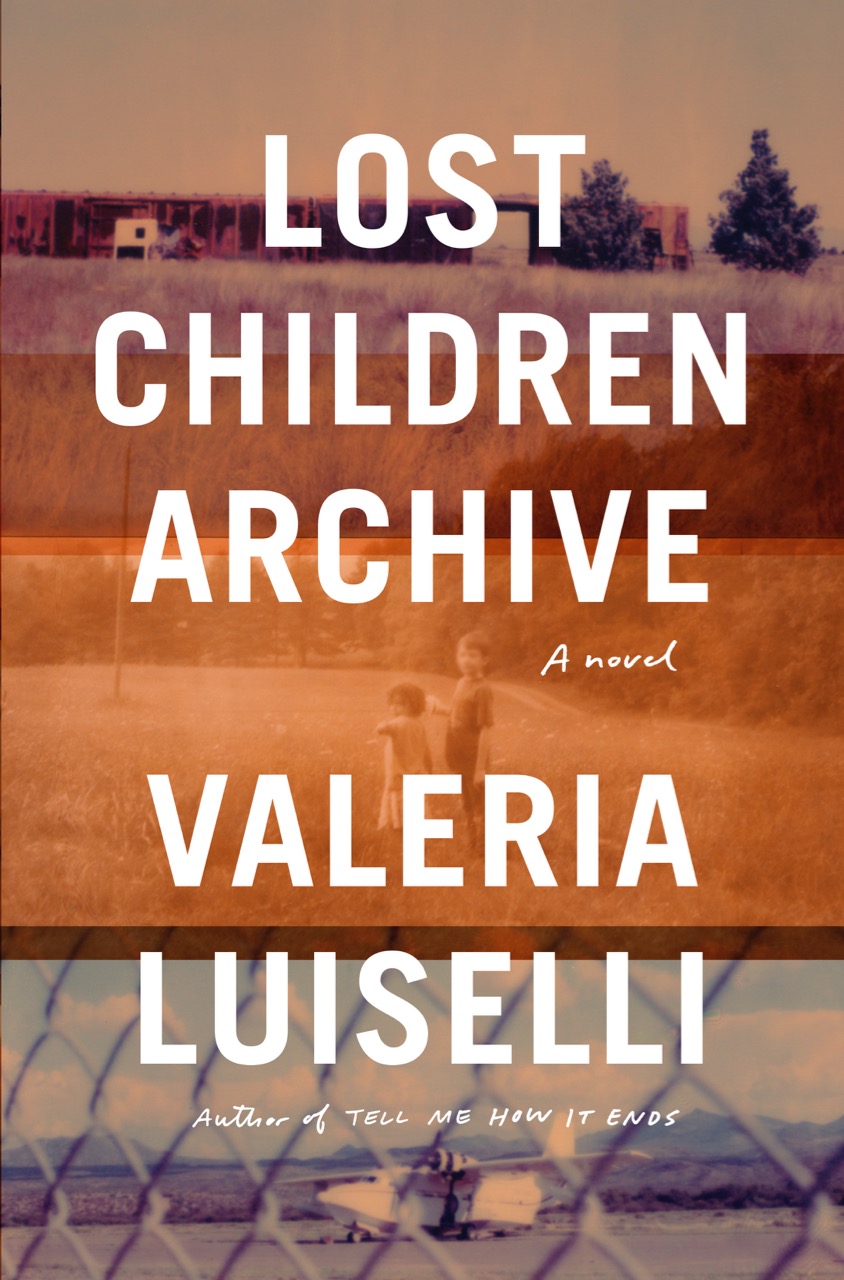 In the summer of 2014, the talented young Mexican writer Valeria Luiselli and her husband put their kids in the car and drove from New York City to southern Arizona. Because they were applying for green cards, they couldn’t leave the country, but on the road they could get close, literally and imaginatively, to the uncrossable US-Mexico border. Luiselli wrote briefly about the trip in Tell Me How It Ends: An Essay in Forty Questions (2017), her deeply sympathetic account of volunteering as an interpreter for unaccompanied migrant children.

In her new novel, Lost Children Archive, she retells the same road trip as autobiographical fiction, setting the drive south against the northern path of Central American refugee children and juxtaposing documents of the family’s journey—photographs, maps, lists of recorded sounds—against the children’s “undocumented” state. She sets out to bear witness, yet she also quotes two lines from a prayer, said by migrant children, suggesting how hard it can be to comprehend the crossing. “Partir es morir un poco / Llegar nunca es llegar,” it says: “To leave is to die a little / To arrive is never to arrive.”

The nameless narrator of Lost Children Archive is a journalist who wants to make a “sound documentary” about the children’s crisis at the border. But she is wary of the limitations of her documentary work, fearing that a record is no more than a “sequence of interruptions, holes, missing parts, cut out from the moment in which the experience took place.” In a resonant counterpoint, her acoustemologist husband’s goal is to record soundscapes from the mountains where Geronimo and the Apaches once held out against the US and Mexican armies. He thinks of it as an “inventory of echoes.”

Reading this ambitious and thought-provoking novel feels not so much like entering the “archive” of the title as it does opening an overstuffed suitcase, out of which quotes, dates, literary references, historical events, personal reflections, and political passions burst with pent-up energy. Luiselli uses the idea of record-keeping to try to impose some order, labeling the book’s sections according to the various boxes of CDs, history books, poems, and novels that the travelers have brought with them. Some of this literary baggage turns up in the text, which references Heart of Darkness, The Waste Land, Lord of the Flies, On the Road, Mrs. Dalloway, and Juan Rulfo’s Mexican classic Pedro Páramo, among many others. In the family car, the sound system keeps replaying the opening sentence of Cormac McCarthy’s The Road: “When he woke in the woods in the dark and the cold of the night . . . ” The repetition acts as a Dantean omen for their expedition to the border. It also stands for the narrator’s creative state of stuckness, her sense that neither documents nor fiction are getting her any closer to conveying migrant children’s experience.

Luiselli began her career with sophisticated, playful essays recounting her travels and her observations of Mexico City’s streets (collected in Sidewalks, 2010) and the postmodern fictional experiments of two novels, Faces in the Crowd (2011) and The Story of My Teeth (2015). She herself is a veteran border crosser: a diplomat’s daughter who grew up in South Africa, South Korea, and India; an author who wrote her first three books in Spanish but currently writes in English. She’s a cosmopolitan literary flaneuse who needs to tell a heart-rending journalistic story, that of poor children escaping violence in Central America for a dangerous trek toward an uncertain future. Guided by smugglers known as “coyotes,” they travel on foot and by rail through Mexico. On the way they suffer hunger and thirst, are raped, are lost to accidents, trafficking, or murder.

Autofiction doesn’t seem like the most logical tool for this job, though, and the narrator, aware of the mismatch, hesitates and holds back. For roughly its first half, Lost Children Archive is a formally accomplished, intertextual road novel of ideas. But the arrival at the border keeps getting postponed. There’s always another motel, truck stop, or song on the car stereo to describe, as if Luiselli isn’t yet ready to enter that charged emotional zone. Tension between the family members builds. They stop in Memphis for the obligatory symbolic visit to Graceland, and here the five-year-old daughter nearly drowns in a guitar-shaped swimming pool, recalling Alice Munro’s short story “Miles City, Montana” and the way it diverts the road narrative down the unexpected path of maternal subjectivity.

In Lost Children Archive, too, the perspectives of a mother and of children eventually take over. As the kids play in the back seat, their mother thinks, “Children have a slow, silent way of transforming the atmosphere around them. They are so much more porous than adults, and their chaotic inner life leaks out of them constantly, turning everything that is real and solid into a ghostly version of itself.” Two children together are “enough to break the normality” of the adult world, “tear the veil down, and allow things to glow with their own, different inner light.” Not surprisingly, one of the books she carries with her is Sally Mann’s Immediate Family.

It’s the children who finally release the novel from its limited perspective and give Luiselli, as it were, permission to use her imagination. The narrator decides that her most pressing subject is not transnational identity, xenophobia, or the fate of indigenous Americans, but what happens to the kids who go missing on the way to the border, who can no longer speak for themselves. Luiselli plunges into the points of view of a group of children moving through Mexico, at first walking till their feet bleed, then riding the freight train known as La Bestia, the Beast.

Then she takes up the narrative from the perspective of the boy in the back seat, who runs away, sneaking out of a motel with his sister, and gets lost on the American side of the border. As these two wander, light-headed from hunger, in the dry Chiricahua Mountains that once served as the hiding place for Apache children, the novel gathers speed and intensity, culminating in a single twenty-page sentence that begins “And south into the heart of light we walked,” and that takes us to a kind of bardo in which the children from the north and the migrant children meet in an abandoned train car, then part, before they arrive at their journeys’ separate ends.

Even in this virtuoso passage, Luiselli never loses her studied approach. (The stream-of-consciousness technique, she writes solemnly in the acknowledgments, comes from Mrs. Dalloway.) But she’s offering her readers everything she’s got, and that in itself makes it moving and persuasive when, here at the heart of the novel, she finally makes room for the border itself, that desert land full of threat, promise, and transformation.