Literature
What It Means When a Man Falls from the Sky 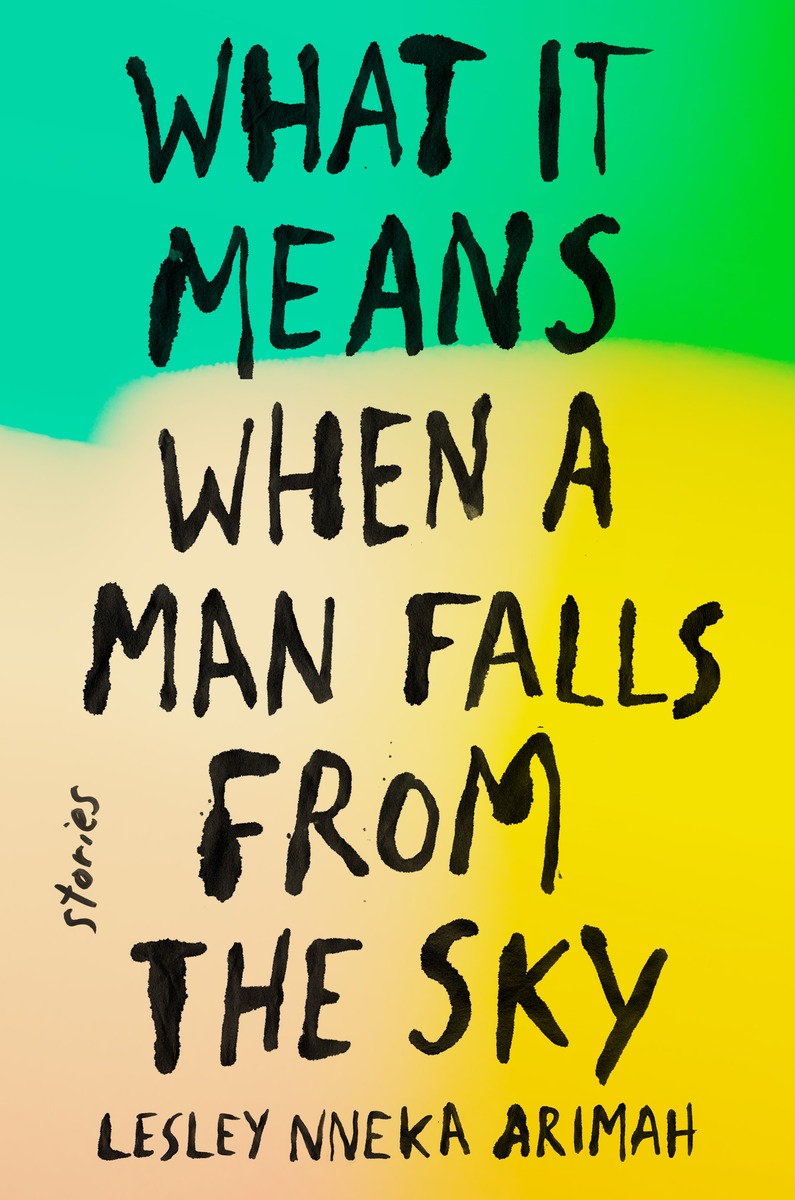 What It Means When a Man Falls from the Sky, by Lesley Nneka Arimah, Riverhead, 230 pages, $26

There’s much that doesn’t get said about mothering and much that’s been said a million times, and then there’s Lesley Nneka Arimah’s short story “Who Will Greet You at Home.” First published in The New Yorker, it’s ravishingly original—the sort of fiction that picks you up and puts you down in another place. A fable about mothers and children, and the emotional and practical costs of mother love, it unfolds in a series of haunting images of creation, disintegration, and loss.

Like a proper fairy tale, it begins with a foolish girl. Ogechi is a teenage runaway who works in a hairdresser’s shop run by the wicked Mama. She wants a baby, but not just any old baby, made of sturdy mud or tough, bright straw. She wants a child made from finer material, paper, porcelain, or cotton, beautiful and fragile. Yet a pretty baby proves too delicate for her to nurture:

The yarn baby lasted a good month, emitting dry, cotton-soft gurgles and pooping little balls of lint, before Ogechi snagged its thigh on a nail and it unraveled as she continued walking, mistaking the little huffs for the beginnings of hunger, not the cries of an infant being undone. By the time she noticed, it was too late, the leg a tangle of fiber, and she pulled the string the rest of the way to end it, rather than have the infant grow up maimed. If she was to mother a child, to mute and subdue and fold away parts of herself, the child had to be perfect.

Worse, her babies can only be brought to life with a blessing from the witch Mama, and Mama takes her payment in Ogechi’s joy, subtracting it from the girl’s full heart. Ogechi grows more jealous of the successful mothers around her until, in a moment of frustration and spite, she makes a baby out of hair sweepings—a devil child. Only then does she learn the power, the danger, and the cost of maternal feeling.

The story appears in What It Means When a Man Falls from the Sky, a debut collection shaped by a lively willingness to experiment with form. In twelve stories Arimah tries out a range of styles, from drama of manners to comedy to tragedy of war. Some are realist, while others have elements of magic; they often deal with cultural or physical dislocation and take place in Nigeria or the United States. Arimah was born in the UK, grew up in Nigeria and Louisiana, and now lives in Minneapolis. A young writer, she’s drawn to family dynamics and family histories, often looking at them from a daughter’s point of view.

Parents tell children how to be. Children resist, and find new ways of being. Arimah writes variations on this age-old theme and lets them play out in a Nigerian middle class that, in her telling, is as full of unspoken codes as Jane Austen’s England. In “Wild” a teenage girl is sent from America to Lagos for the summer and, at a party, makes an etiquette mistake with unforeseen consequences. “Light,” a slender comic vignette, reveals the quiet complicity between a father and his teenage daughter. The mother, who works in America, uses Skype to fuss and interfere: “Stop laughing so loud, dear. . . . What do you mean Daddy made you breakfast, you are old enough to be cooking.” She disapproves of her daughter’s clothes, her untamed hair, her flirtation with a classmate, saying “she didn’t think she’d raised that kind of girl.” The father fights subtly to preserve the “streak of fire” in his daughter, and suffers when she grows away from him and out of “unladylike” play.

It’s this tension between playfulness and loss, the childish gesture and the devastating result, that drives many of these tales. Sometimes the daughters are angry, as in the ghost story “Second Chances,” in which a settled life in America is disrupted by a mother’s return from the dead. Sometimes it is the parents whose history is troubled, particularly by the legacy of the Biafran War. Children cope with the weight of their parents’ past—the fate of every generation after war—and are startled to realize that cruelty is not their own generation’s invention.

The title story swerves into yet another literary mode. To write science fiction well, you have to know how to deploy its outsized metaphors and tap into its potential for estrangement and wonder. Arimah does, in a tale whose plot is hardly more than a framework for its powerful central images. It takes place in a near future scarred by flooding, displacement, and Europeans’ violent recolonization of Africa. At the same time a universal equation has been discovered that gives certain skilled “Mathematicians” the power to undo psychic trauma. Employing it, Nneoma, a Mathematician, observes of a stranger that “if she focused she’d be able to see his grief, clear as a splinter. She would see the source of it, its architecture, and the way it anchored to him. And she would be able to remove it.” But history can’t be undone that easily. The limits of the equation are about to be tested, in a tale rich in ideas, tensions, and contrasts: between plenty and famine, flight and failure, mathematical logic and all-consuming grief.

Among the many excellent young writers right now dealing with migration, bicultural yearnings, and what Africa is and could be, Arimah earns a special place with the wealth of her imagination. If a few of her stories feel just barely roughed out, maybe it means that she’s in a hurry to get them out and make room for more to follow. After this debut she could take her writing in many different directions. With any luck she’ll go in all of them.