A retrospective of staggering scale presents the photographer’s
decades-long project of art as underground liberation. 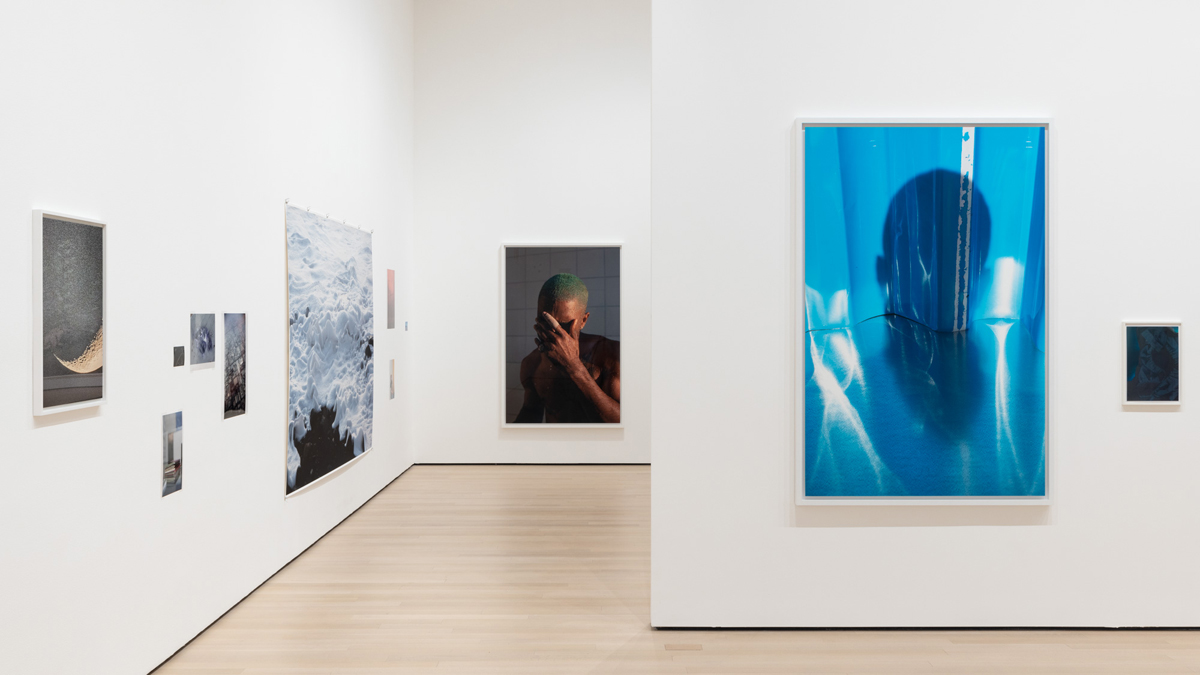 The first thing I think of when I think of German photographer Wolfgang Tillmans is “the nineties”—the decade that conveniently (meaningfully?) comes right after the fall of the Berlin Wall and the disintegration of the Soviet Union. The chains of Europe are loosened, and (here’s to hoping) the traumas of the Second World War are, if not confidently buried, at least tranquilized, anesthetized. Underground club culture, rave culture, or grunge flowers in Berlin, London, and New York, percolates everywhere. 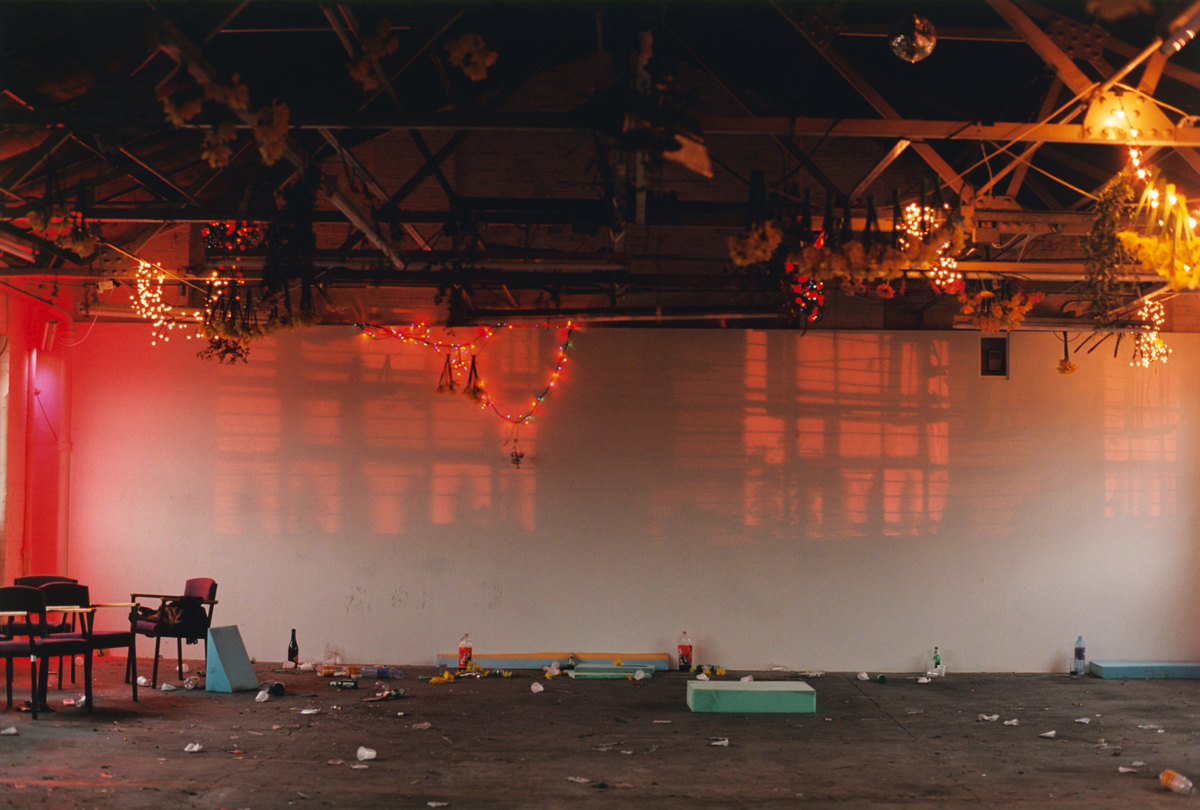 As the very large Tillmans retrospective, To look without fear, at the Museum of Modern Art follows a chronological arc, it supports my first association: it’s about the 1990s, Wolfgang Tillmans emerging as an artist of the ’90s. The art world of this period is perhaps the last era that can be demarcated as a decade, before the dissolution and atomization enforced by globalization, the internet, art fairs. Tillmans feels like part of a general tendency: casual-seeming installations, reliance on asymmetrical compositions, and the way those formal qualities might mirror shifts in subject matter, content, meaning; a shift from center to periphery, or the way “margins” suggest communities—the marginal. 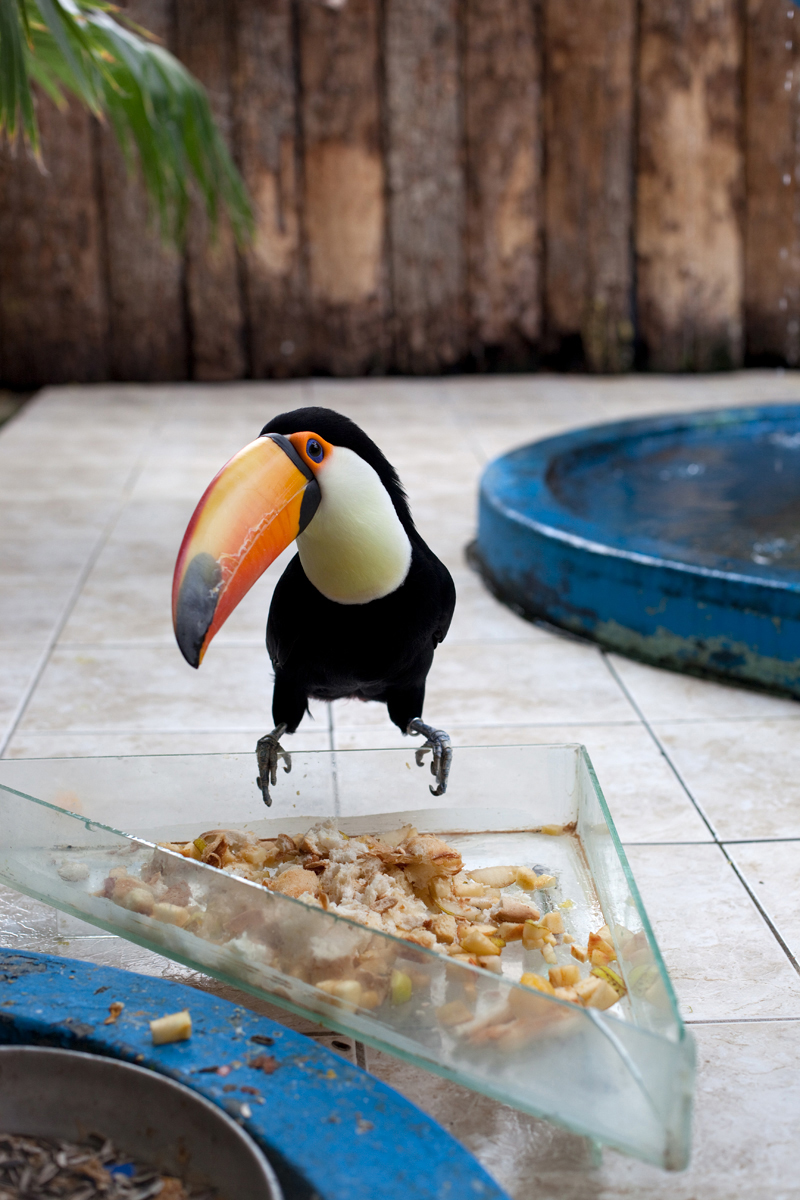 Tillmans first came to prominence for his documentation of the gay scene as it crashed upon the mainstream. His images of his friends Alex and Lutz—naked in the trees, feeling each other up—are iconic: neither straight nor gay but “messed up,” troubling the tidily dyadic representation of male/female, heterosexual/homosexual. These are actually set-up pictures, reaffirming Tillmans not only as one who documents but one who creates new possibilities for being, social existence, life. His work dovetails with another thematic current in the art of this hypostasized time: abject, though not, in his case, “dark.” Tillmans brings a devotional gaze to sweat and armpits. You might say he gentrified a certain social and sexual alterity; or you could say, descriptively and without noxious connotations, that he looked without fear. Tillmans always allied his artistic project with the greater project of liberation. Freedom. 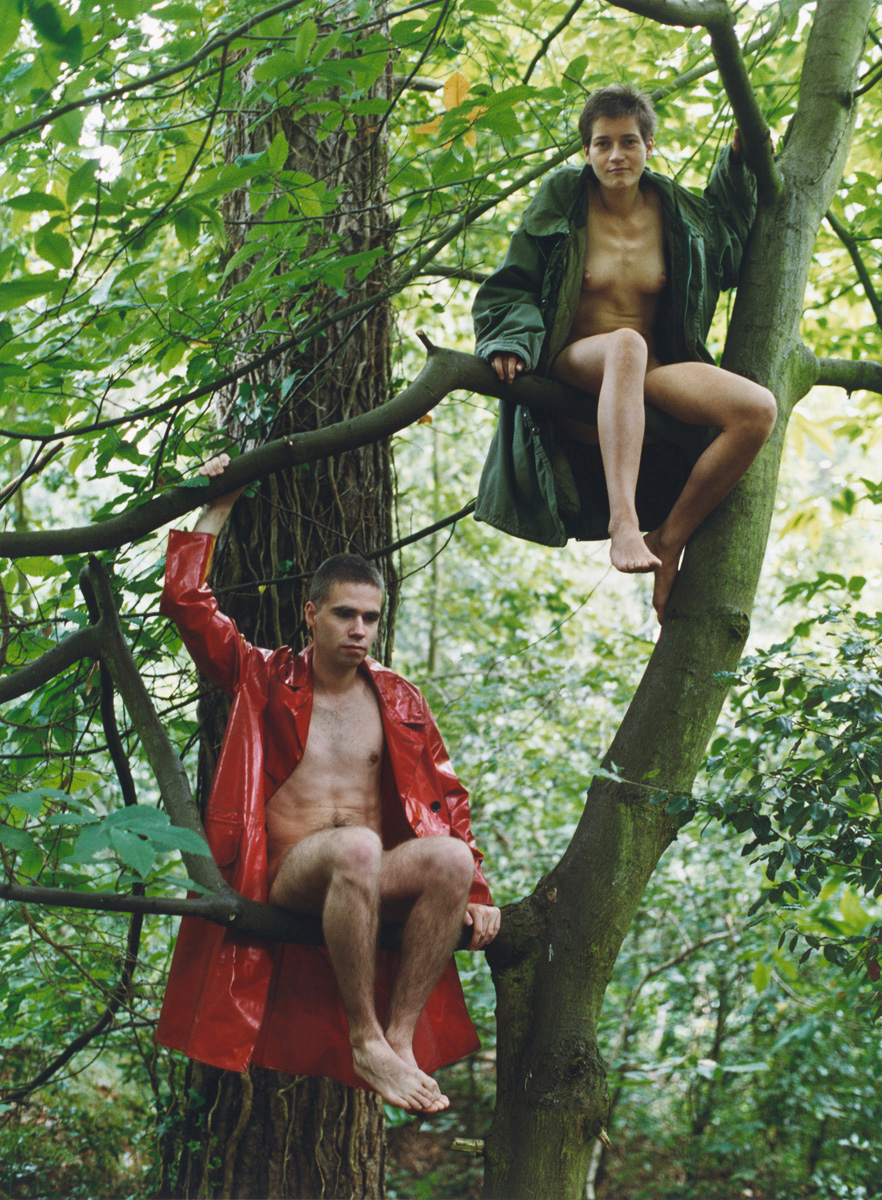 When I think of my own life, the ’90s were a not-bad time to be relatively young, in a cool place, and most of all alive, still living. I remember the acute pain and wonder of reading in the Village Voice in 1982 about Michael Callen and this strange and devastating new blood disease affecting an odd mix of peoples: hemophiliacs, Haitians, and preeminently gay men. I hadn’t had sex yet and sex equaled death, or so it seemed. Tillmans, who’s a few years younger than me, had a similar negative epiphany: “The threat of AIDS has been with me for all of my active sexual life, and so all the celebration and the joy and the lightness in my work has always taken place with that reality on board.” Tillmans himself has been HIV-positive since the late 1990s. 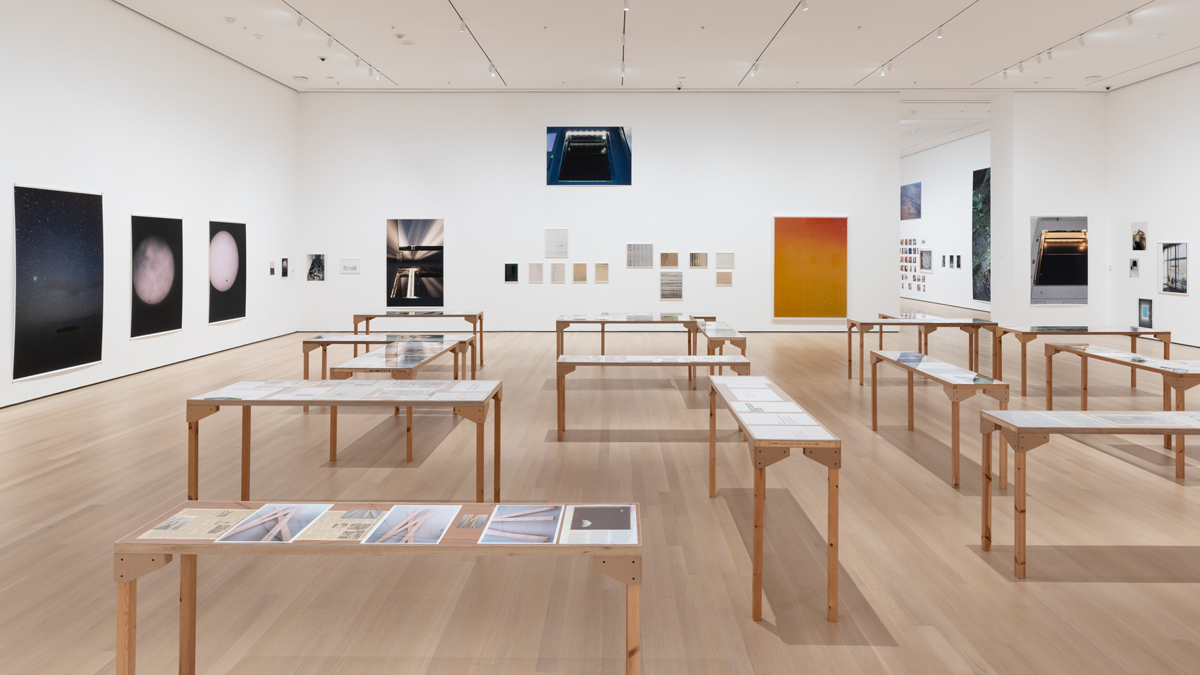 Comprising some four hundred pictures, To look without fear is an exhibition of almost staggering compass. How is that Tillmans comes to occupy this imposing and almost off-putting presence? It’s as if the artist himself had taken on the responsibility of picking up and pursuing that signature photography exhibition, The Family of Man, mounted in 1955 at MoMA, under the curatorial aegis of Edward Steichen no less, which included five hundred–odd pictures from sixty-nine countries: a humanistic vision that pretended to comprehensive scope, demonstrating the unity of people above and beyond conflicts. MoMA online, apropos The Family of Man: “This ambitious exhibition, which brought together hundreds of images by photographers working around the world, was a forthright declaration of global solidarity in the decade following World War II.” 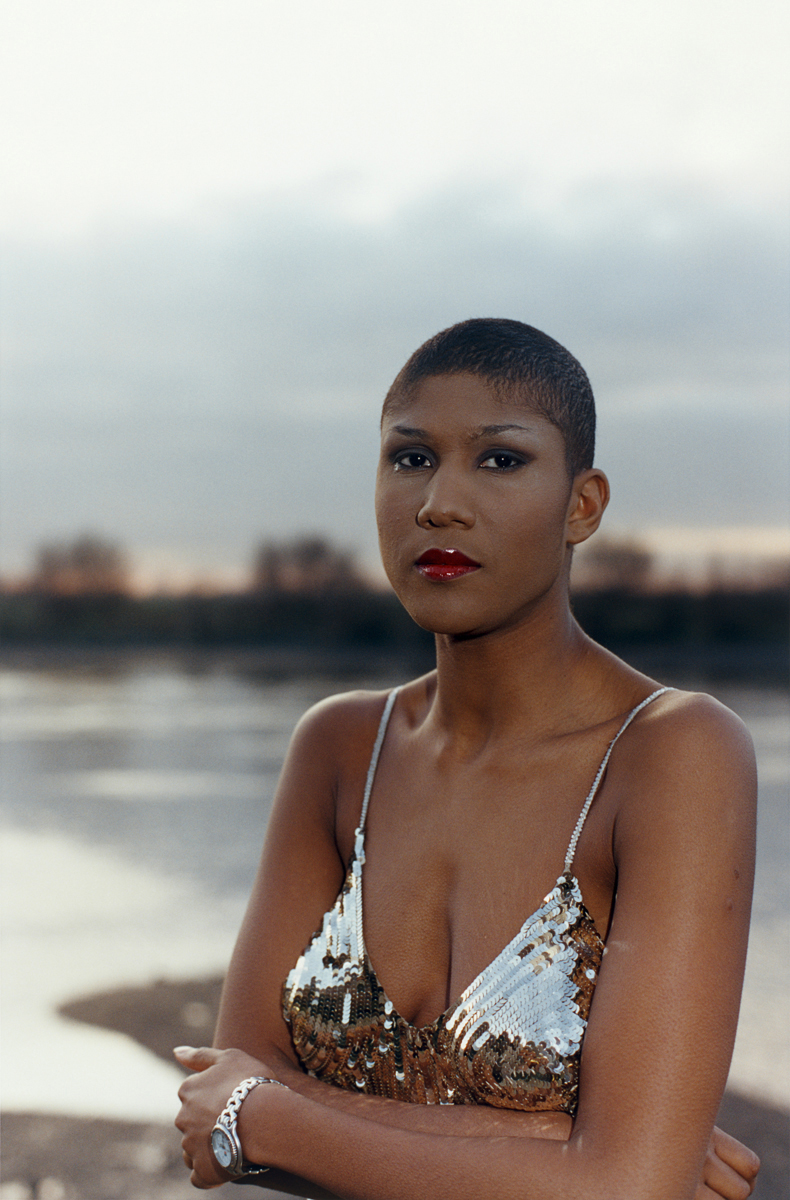 Tillmans’s figures similarly seem beyond conflict, but in the decade following the end of the Cold War. His is not a vision of culture worldwide, though, but of the world of a specific subculture. Above all, what binds these two shows is that sense of sweep. In Tillmans’s case, if not an all-seeing, then a lot–seeing vision. “An incisive observer and a creator of dazzling pictures,” the MoMA website reads, “Tillmans has experimented for over three decades with what it means to engage the world through photography . . . To look without fear invites us to experience the artist’s vision of what it feels like to live today.” This is the biggest show at the museum to ever be devoted to a single artist working in photography. The Cindy Sherman retrospective in 2012 included some one hundred and seventy works. 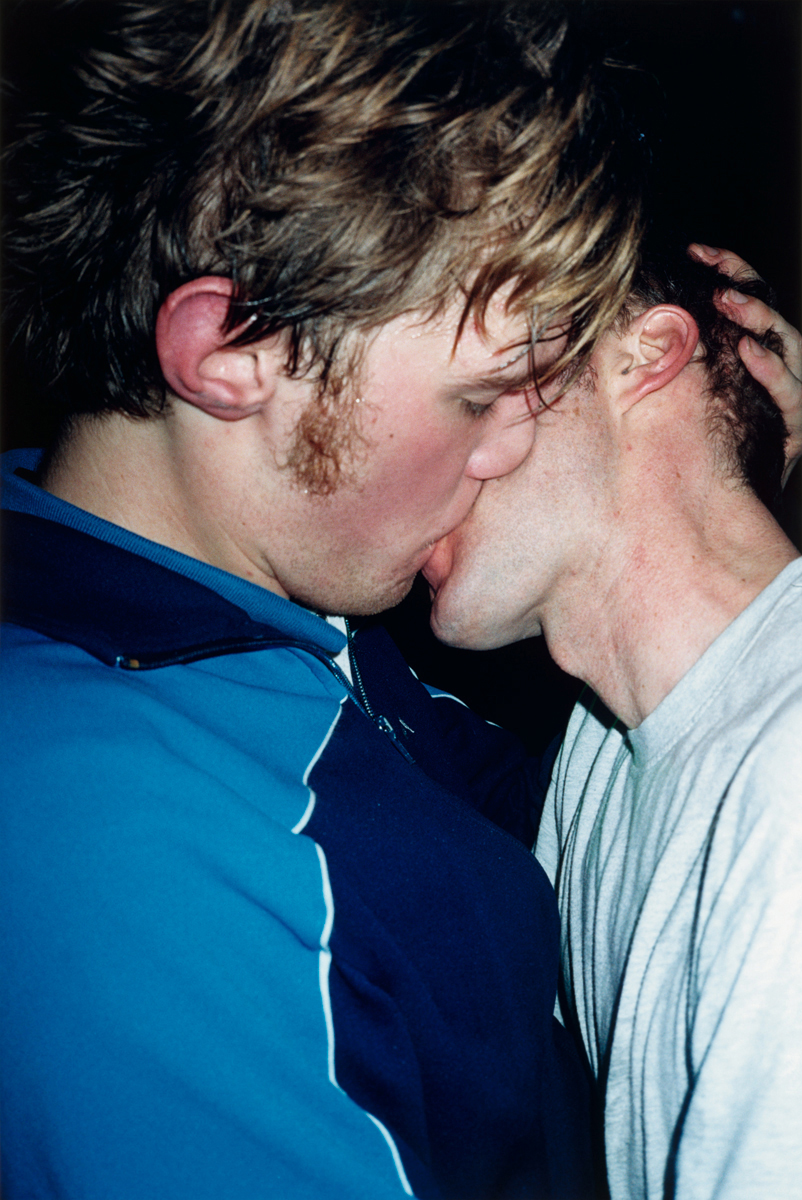 The last exhibition I had seen at MoMA was the concise one dedicated to Matisse and The Red Studio. Now I am not comparing apples and oranges, École de Paris and École de London’s famous gay club Heaven, a teenage obsession of Tillmans’s—but really, this show reminds me of major shows devoted to Picasso, Matisse, de Kooning, Warhol: the big statements. Tillmans is The Big Statement that the most important museum of its kind in the world (still!) propounds in 2022. It’s a great statement. A grand statement and one that for its ambition can’t entirely escape a certain bathos. MoMA, in putting on this show, stakes the claim that the museum is not just the temple of sacrosanct Modernism and its postmodern heirs, the magnificent attic of Les Demoiselles d’Avignon and Untitled Film Stills, but also the home of an aesthetically accessible new underground. The bad word for this might be populism. 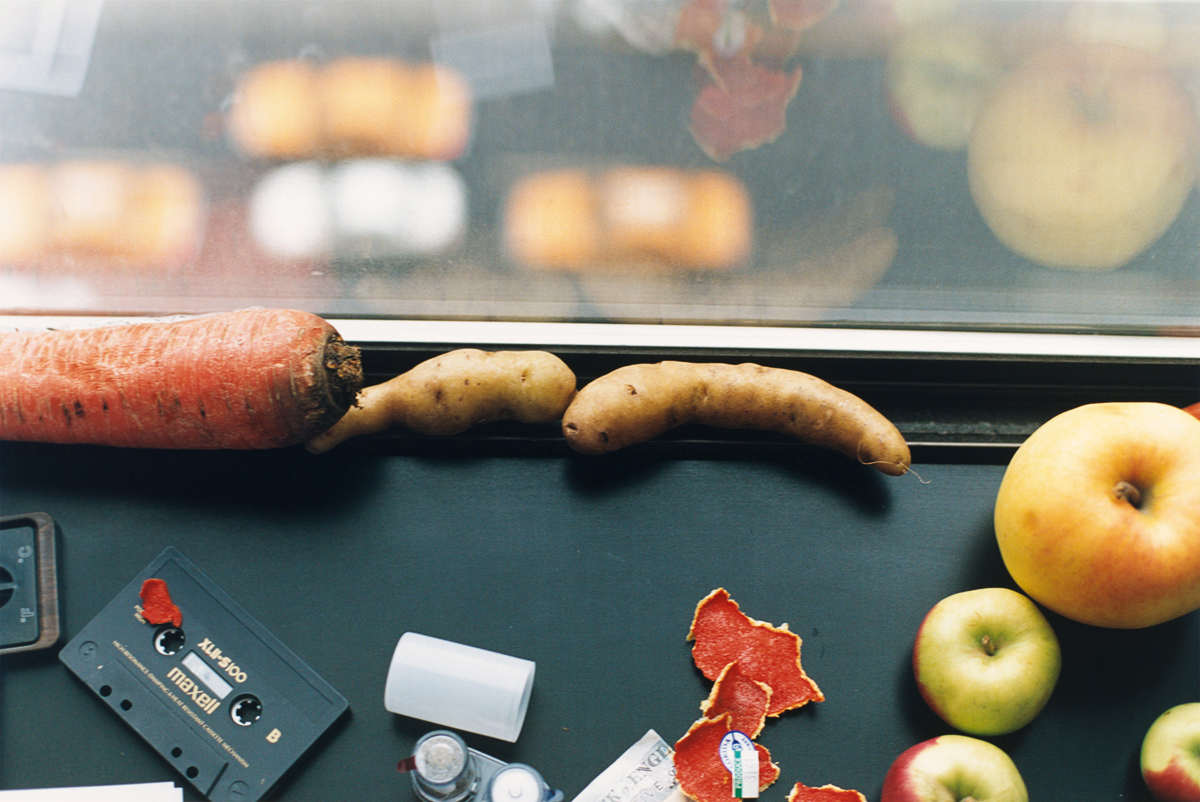 When I visited the Tillmans show, I met a friend who had just taken her photography class to see it. “All of my twenty-year-old students initially equated Tillmans with the photos they’d seen on Instagram, and initially they were bored,” she told me. “Then I told them some of the photos were older than they were. They were shocked.” Tillmans is like the demiurge of Instagram. Some people are immune to the aesthetic lure of his pictures, which look so casual, so throwaway, so hit-or-miss, though he’s always been at pains to distinguish his photographs from the “snapshot aesthetic”; these aren’t haphazardly cool or arty images, they’re conceived. Tillmans’s boyfriend died a month after they were both diagnosed. The work looks different once you know this. It tries to see what is special about everything because you never know if you’ll get to see it again—to not take anything for granted.

David Rimanelli began writing about art in 1988 and has chronicled developments in the New York art world for over two decades. From 1993 to 1999, he was a regular contributor to the New Yorker; since 1997 he has been a contributing editor at Artforum.