Literature
The Lying Life of Adults 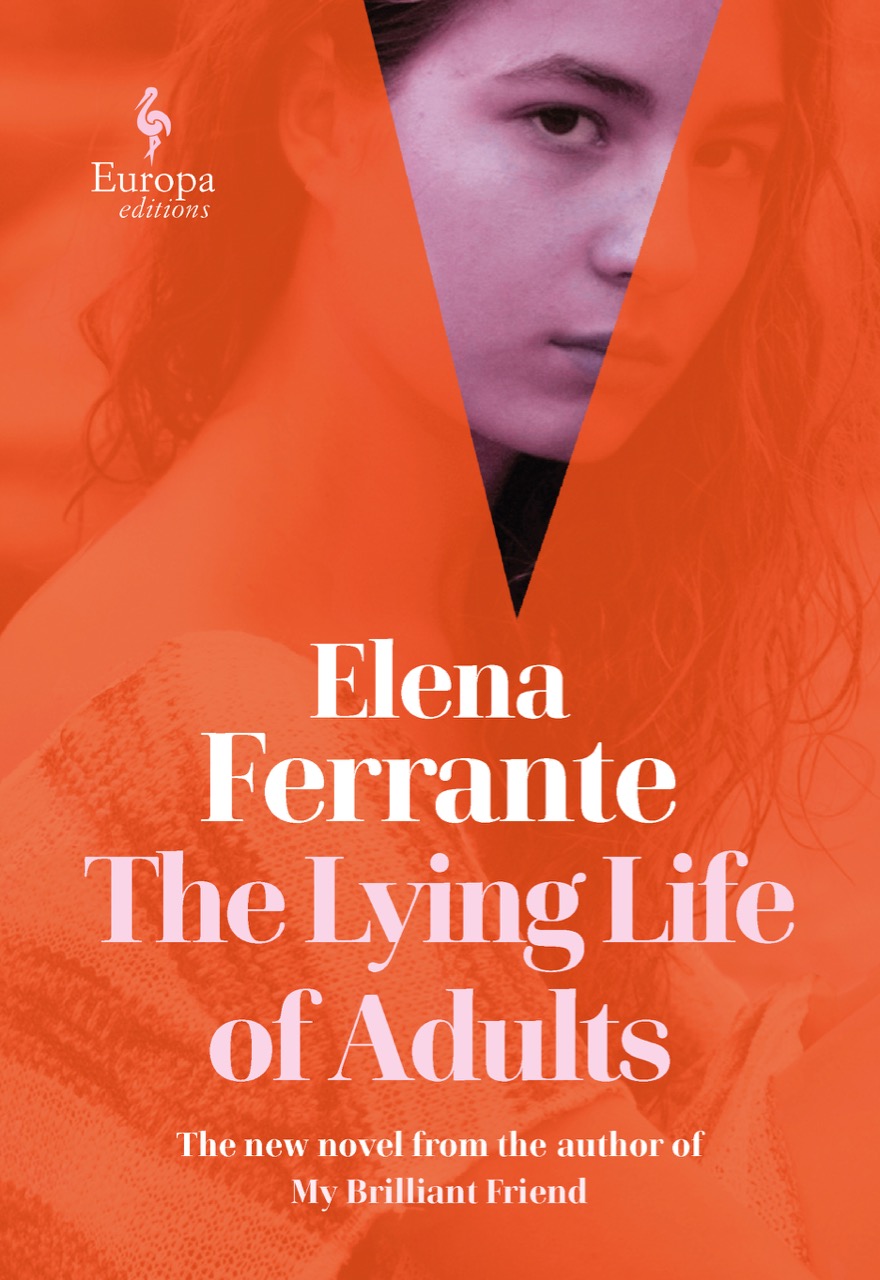 In a memorable scene from Milan Kundera’s Immortality, a woman enthralls a sauna-ful of bathers with assertive aplomb: “She used passionate verbs such as ‘adore’ and ‘detest,’ as if she wished to proclaim her readiness to fight.” It’s a pithy lesson on commanding audience attention, one that explains, in part, what has been universally acknowledged as the “captivating” quality of Elena Ferrante’s prose.

Ferrante’s early novels, predicated on the capriciousness of human motivations, are stylized through cool assertion: “One April afternoon, right after lunch, my husband announced that he wanted to leave me,” begins Days of Abandonment (2005). Life is abrupt, uncontrollable, violent, but ultimately subject to syntax and narrative chronology. The Neapolitan novels, which later catapulted Ferrante to international fame, graft this declarative style—which privileges summary over scene, narrative urgency over detail, telling over showing (“I was really angry,” concludes the prologue to My Brilliant Friend, the first book in the series)—onto class determinism. Though American critics heralded the tetralogy as an epic of female friendship, the primary theme is class: two girls, Lenù and Lila, are born poor into violent neighborhoods; Lenù goes to school and escapes; Lila does not. Lila’s unrealized potential casts a spell of volatility over the books: “If she withdrew, if her voice withdrew from things, the things got dirty, dusty,” Lenù says. A few pages later, when Lila returns, the world sparkles: “I felt clever again, as if something had hit me in the head, bringing to the surface images and words.” (Ferrante has a genius for sparse similes like these, dashed off at the rate of one or two per page, and which hover between the surprising and the banal; I’m often left in productive doubt as to whether they’re “good” or “bad.” For a writer, this in itself is captivating.)

Ferrante’s latest novel, The Lying Life of Adults, has more in common with the Neapolitan quartet than her earlier, claustrophobic studies of contemporary motherhood. But where the Neapolitan novels chart a path of social ascendance (at least for Lenù), Lying Life is structured more like a fall from grace. A class-conscious coming-of-age tale interpolated with glimpses into Italy’s larger sociopolitical landscape (the adolescent narrator’s affluent parents constantly debate “politics, value, Marxism, crisis, state”), the novel traces twelve-year-old Giovanna’s steady revolt against patriarchy, materialism, marriage, elitism, and other tropes of bourgeois adult life. In short, to grow up is to inherit lies.

Giovanna’s undoing is spring-loaded into the very first sentence: “Two years before leaving home my father said to my mother that I was very ugly.” This line captures every source of drama—tumultuous family life, body dysmorphia, tyrannical parents—that Ferrante’s readers have come to expect. The correlation between Giovanna’s unhappy appearance and her school performance is also familiar, echoing Lenù’s plight from the Neapolitan novels. While Giovanna’s mother blames the physical and intellectual regression on the onset of adolescence, her normally doting father detects the uncanny influence of his sister: “Adolescence has nothing to do with it: she’s getting the face of Vittoria.”

Giovanna receives her father’s observation as prophecy. She agonizes over whether or not she is indeed becoming her aunt, a poor, crass, uneducated woman who still lives in the Neapolitan slum where her father, now a professor, grew up. (Her mother’s patronizing admiration—“he had to climb a mountain with his bare hands” —is typical of Ferrante’s social elites.) The obsession spurs a quest—Giovanna’s father literally gives her a map—drawing her “down, down” into the slum in search of the aunt she’s never met. “I felt an urgency to know what my aunt was like, what sort of person she was,” Giovanna says, adding later, “I wanted to know if my aunt really was peeking out through my body.”

A prophecy, a quest—Ferrante has always borrowed liberally from melodrama and myth, but Lying Life’s blueprint is, unmistakably, the fairy tale. Vittoria, endowed with an “evil magic,” looms over the story like an ambivalent witch. A golden bracelet she bequeaths to Giovanna becomes a kind of talisman, lovely but cursed; it makes its way, somewhat tediously, onto the wrists of at least four different women over the course of the book, none of whom, due to sordid family history, can claim to be the true owner. And what can anyone really claim as hers when we are no more than composites of others’ legacies, inherited involuntarily? “In fact I am nothing, nothing of my own,” Giovanna says.

One of the arguments of the book is that no one is quite in control of her destiny, hijacked by both heritage (“she’s becoming Vittoria”) and the feral force of sex. Despite Giovanna’s parents’ snobbishness toward her aunt, whose life was derailed by an extramarital affair, class refinement hardly stops them from indulging in the same temptations. Their scholarly debates now have “to do with sex, not Marxism . . . [with] something sticky and repulsive, utterly different from what they themselves had taught us.” Witnessing how sex ruins otherwise “reasonable people,” Giovanna, now sixteen, adopts a fatalistic view of desire. (Notably, she has not been baptized, and so carries the mark of original sin.) Infatuated with her cousin’s fiancé, a charismatic theologian, she is unable to consummate her crush when the opportunity (her idea) arises, instead deciding to lose her virginity to a man who repulses her. The deflowering is utterly workmanlike, weirdly dominatrix, featuring a humiliated erection that “stuck out past legs and bare feet like a quarrelsome tenant who’s been disturbed.” Giovanna seeks purity and authenticity, only to find she must make peace with sin, which at least allows her some feeling of control. The epiphany comes as an enfranchised riff on the resignation she entertained a hundred pages earlier: “I began to think that if I wasn’t beautiful physically maybe I could be beautiful spiritually. But how?”

Giovanna’s self-seriousness, combined with her frenetic religious and romantic impulses, leads to some abrupt plotting and messy pacing at the three-quarter mark; the “I,” as the sole narrative rudder, loses control in choppy waters. The prose, by contrast, translated from the Italian by the award-winning Ann Goldstein, remains consistently rhythmic and composed. Ferrante’s similes run their typical range from plainspoken precision (an angry word arrives “like the tip of a knife on a windowpane”) to almost clumsy: “I felt like a failure, like a cake made with the wrong ingredients.” On the one hand, “cake” proxies perfectly a sense of bloated adolescent shame. On the other hand—what does it feel like to be a cake?

More so than any of Ferrante’s previous books, Lying Life exists as a novel of ideas. The antinomies of body/mind, sex/chastity, material/ideal hint at how the materiality of life—the underlying conditions of one’s class, the body itself—can constitute a kind of fate, the force we’re left with when the future is not our own. Economic determinism, she suggests, leaves us stratified, bitter, stuck. (Dubious pastry metaphors come to mind.) Still, the book’s sense of narrative inevitability, so characteristic of Ferrante, exerts a strong gravitational pull. Fate propels the fairy tale, after all.

Jessi Jezewska Stevens is the author of The Exhibition of Persephone Q. She lives in New York, where she writes and teaches.