Nonfiction
The Nation of Plants

In order to grow a more perfect union: a new book by plant neurobiologist Stefano Mancuso. 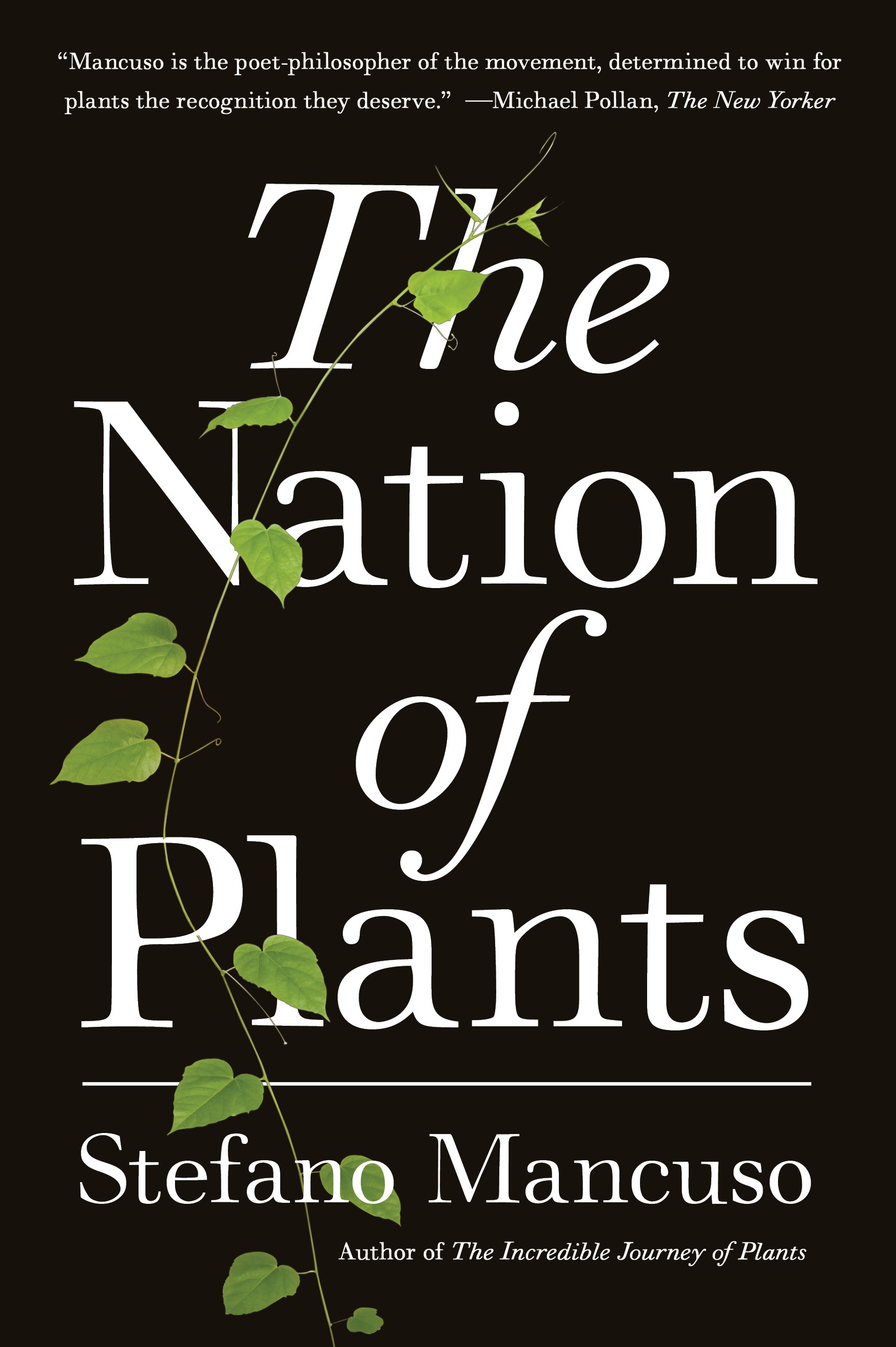 The Nation of Plants, by Stefano Mancuso, translated by Gregory Conti, Other Press, 165 pages, $21.99

A recent entry in the swarming headlines of environmental catastrophe: the global food system could start collapsing as soon as 2030. Hope is dwindling fast; it feels as scarce as bees. Where to seek it? In the ludicrous techno-optimism of the post-environmentalists? The monstrously demented, genocidal proposals of the eco-fascists? In between, the Paris Accords or the Green New Deal seem like little more than sly neoliberal promises made with fingers crossed behind bureaucrats’ backs. Since the leaders of nations began signing various resolutions to combat climate change in 1988, emissions have gone up by roughly forty percent worldwide.

But! Could it be . . . is there any chance . . . that a glimmer of hope is still to be found . . . in the Kingdom Vegetabile? Might the wordless, motionless vegetables, so long considered mere “things,” come to our rescue?

This is the bracingly cheerful premise of the latest book by the storied pioneer of plant neurobiology, Stefano Mancuso, who has gained notoriety in certain botanical circles for past titles including The Revolutionary Genius of Plants (2017) and Brilliant Green: The Surprising History and Science of Plant Intelligence (2015). Some stuffy scientists are annoyed by Mancuso advancing the notion of plant sentience, which his more traditional peers believe is an idea best left in the 1970s, along with pop-culture references like The Secret Life of Plants and Plantasia (it’s notable that both artifacts are again popular among the millennial plant-parent generation).

Mancuso’s new effort, The Nation of Plants, will probably just further infuriate those starched shirts, as here he goes a step beyond the study of vegetal minds into complete anthropomorphizing. In fact, he imagines that the world’s vegetation have convened to present humanity with the very first Constitution of the Nation of Plants, to help deliver us from our self-manufactured impending demise. Humans need to get over themselves; plants, Mancuso points out in the prelude, are the most powerful body in our world. They are the world’s most significant living population, accounting for some eighty percent of Earth’s biomass—trees alone number over 3 trillion, compared to our relatively meager 7.8 billion. Not to mention that humans, on this Earth for a mere 300,000 years, are a brand-new species compared to our counterparts in the Eukaryota Empire, some varietals of which preexist us by millennia. We are but disoriented babies in this world, Mancuso gently posits; we would do well to listen to our leafy elders, who are the very origins of our life on this planet, who created our atmosphere, with whom we are eternally joined in breath, each of us surviving on the other’s sighs.

This eight-article constitution gives Mancuso a template for a chatty, pithy whirlwind of an essay that serves as both urgent warning to humanity and excitingly optimistic call to action, generously seasoned with his trademark fantastic plant facts throughout. More so than in his previous books, Mancuso lifts his gaze from a minute inspection of the flora to take a more global perspective, intertwining his fresh narrative with strains of thought drawn from biological history, ethnobotany, postcolonial theory, sociology, and philosophy.

Take Mancuso’s explication of Article 2: “The Nation of Plants shall recognize and protect the inviolable rights of natural communities as societies based on the relationships among the organisms that compose them.” In this chapter, Mancuso energetically narrates, via Darwin and other sources, a series of epic causal relationships with mind-boggling historical implications, sort of in the style of “There was an old lady who swallowed a fly.” For instance: there is a seemingly unlikely but exceedingly close bond between cats and bees. The cat’s indirect but passionate defense of the bee permitted the insect to pollinate the clover that fed the cattle that were slaughtered for the meat that was eaten by the soldiers in England; this energy-rich source of nourishment allowed the English army to prosper and, ultimately, conquer many parts of the world. Without the cat, would the British empire have even been possible? It’s a silly conclusion, but the tale demonstrates the remarkably complex and indissoluble kinships that govern life on this planet. Humans have shown themselves pitifully blind to these relationships, interrupting them, often unintentionally, to calamitous consequences. This is one way we can learn from the plants, who carefully nourish the symbiotic associations they have established with a multitude of other species.

Mancuso’s fluent multidisciplinary approach, relayed in warmly relatable prose, is evident again in Article 3. Hannah Arendt’s Banality of Evil makes an appearance in this section to support his argument that our inability to conceive of organizational forms other than centralized hierarchies (which are predicated on the quite fallible configuration of our own bodies, with one governing brain at the top sending messages down to various “employee” organs) is devastating not only to our ability to live together peacefully, but to surviving at all. He suggests organizing ourselves more like plants, whose biological intelligence is completely “diffuse and decentralized”—truly “democratic” in a way that’s difficult for humans to fathom.

This imagining of how we might better arrange ourselves points to what, in my mind, is the most thrilling thing about The Nation of Plants: Mancuso’s bouquet of propositions for how to improve our chances for survival, without recourse to vague promises of unspecified future techno-scientific advancements or draconian human sacrifice. Article 7, in particular, is a robust rejoinder to the eco-fascist ethos: “The Nation of Plants shall not have borders. Every living being shall be free to travel, move, and live there without limitation.” The plant-world thus declares migration as a fundamental right of all living creatures, humans included. Even the trees are migrating, Mancuso argues. (Although plants are defined by their very rootedness, he has elsewhere given fascinating evidence of their, albeit infinitesimally slow, mobility.) And all humans must be free, too, to escape those zones where climate catastrophe has already happened and reestablish themselves where it is progressing with more delay.

One fear motivating the desire of some to reentrench national borders is that the “others” will compete for resources. Mancuso, however, insists that, through significant reorganization, will we be able to provide for all. And in fact, the newcomers from the already-ravaged places can help us in the less-harmed places: the more pairs of hands we have, the more plants we will be able to plant. You see, within decades, more than seventy percent of the world’s population will live in cities, from which most of the world’s emissions are generated, and which are also the most segregated from the plant life that can absorb and mitigate those emissions. Along with the immediate and total halt of deforestation, Mancuso explains, we in the cities must start planting.

It will take enormous pressure to sway and summon the political will required to stop destroying forests and open up the borders. But in the meantime, let’s plant our fire escapes and window sills and roofs and front stoops, and imagine more places, and more, to keep planting! And when we rest, in the manner of the plants, and their communities of mutual aid, let us share the carrots we grow, and minister to one another, and to the trees.