Literature
Your Duck Is My Duck

Alienation nation: a collection of stories by Deborah Eisenberg. 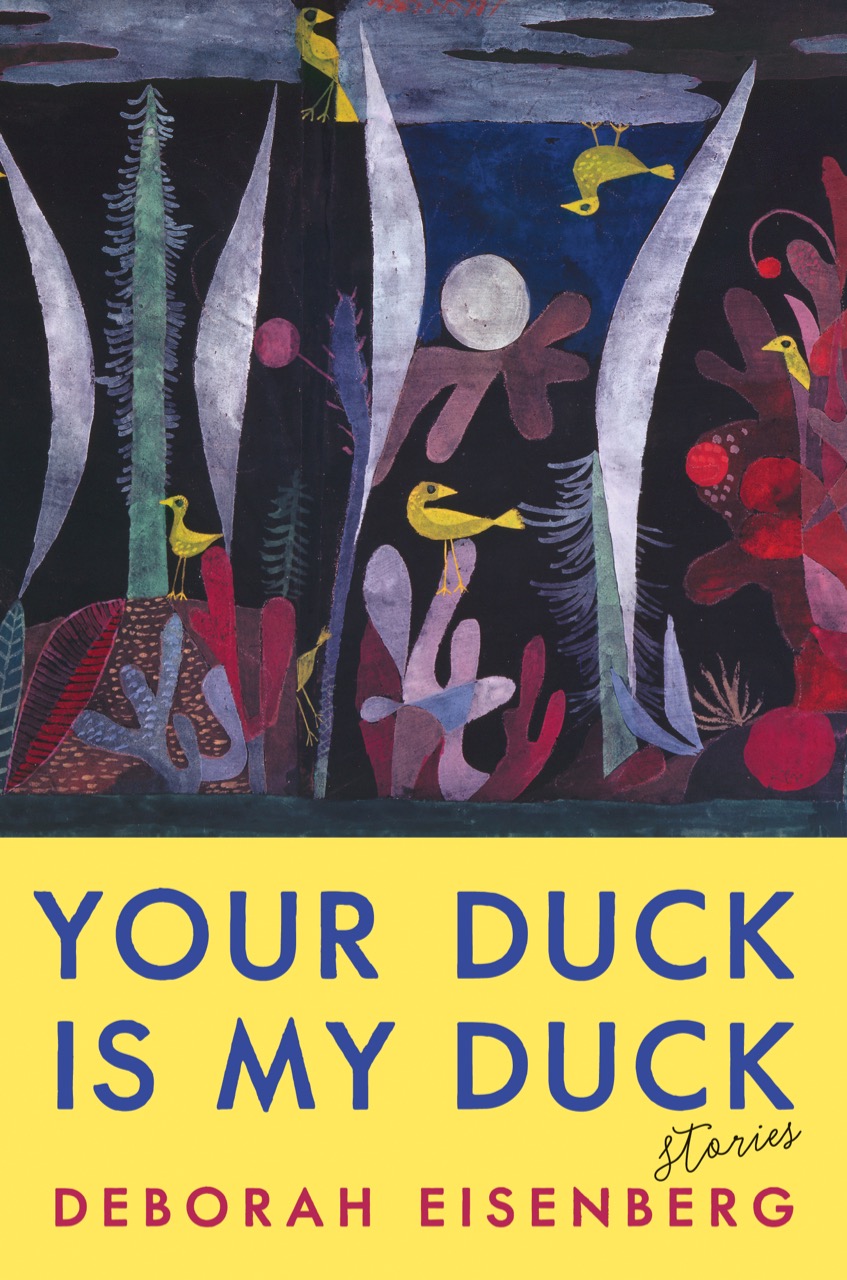 Deborah Eisenberg is a gloriously anomalous writer, her stories as rich and meaty as small novels, full of digressions and narrative turns. Almost everything about her work seems unanticipated, from her offhand, almost incidental beginnings to her spiky images and metaphors. “Way back—oh, not all that long ago, actually, just a couple of years, but back before I’d gotten a glimpse of the gears and levers and pulleys that dredge the future up from the earth’s core to its surface—I was going to a lot of parties.” This is how she opens “Your Duck Is My Duck,” the title story of her fifth collection of short fiction, and immediately we are drawn in, even as we remain unsure, exactly, where we are. The key is that voice, at once discursive and piercing, like an acquaintance sidling up to gossip in your ear. That the story is about a kind of isolation is as it should be, since for Eisenberg nothing is more alienating than other human beings. “I’d brought my computer,” the narrator, a painter, tells us, describing her retreat to the tropical enclave of her rich patrons, “but maybe I could actually just not turn it on, and the dreary growth of little obligations that overran my screen would just disappear.”

Like much of Eisenberg’s work, the six stories in Your Duck Is My Duck take place in a landscape where communication is difficult and connection, even language, can be vague and imprecise. At the same time, her writing burns with urgency. The sensibility in these pages isn’t as politically overt as that of her last book, Twilight of the Superheroes, which came out in 2006 and dealt, in part, with the aftermath of September 11. Still, she does evoke what we might call the next step in the collective dislocation of . . . well, everything. The people Eisenberg portrays are, as her characters often are, adrift, rootless—artists, students, individuals of uncertain privilege. Their faith in narrative, never strong to begin with, has further begun to fray. “The wars and lootings,” she writes in “Cross Off and Move On” (the story’s title is a signifier), “they were long over, remembered by most of us, if at all, as a great number of names and dates that were easy to mix up.”

Eisenberg is describing a lost civilization, but she may as well be referring to ours. Confusion, overload, the relentless flow of time, of history . . . where does it lead? Take Emma, daughter of a dead actress, who in the magnificent story “Taj Mahal” meets her mother’s cohort for lunch to lament the sensationalized biography of a director friend. “And how would Clement Rouse know?” Emma wonders, considering the writer’s sources and motivations, before moving to a more elemental question: “How would anybody know anything about anybody?” Or Therese, the protagonist of “The Third Tower,” sent from her town to a clinic in the main city of her unnamed country to be treated for “spells.” Upon her arrival, however, she is given a diagnosis so convoluted as to be meaningless. “It has been thought, variously,” the doctor pontificates, “to be hormonal in origin, to disclose a congenital flaw in circuitry, to reflect a failure of character, to suggest a proto-psychotic vulnerability, to indicate a degradation of autoimmune-system defenses, to express the curse of Satan or, conversely, to express the gift of holiness.”

On the one hand, this is Eisenberg having fun with institutional language, which often obfuscates rather than reveals. Yet more to the point, she is illustrating the corruption of language, which is one of Your Duck Is My Duck’s concerns. Therese’s treatment involves brainwashing. She is encouraged to make preset responses to linguistic questions instead of describing what she sees. The sounds of revolution outside the clinic are disquietingly reframed as something more benign, innocuous: “Let’s try that one again, please, the doctor says: fireworks.”

Then there’s “Merge,” the longest piece in the collection and the only one not previously published in a periodical. Moving among an array of characters—an elderly woman, a spoiled rich boy, his not-quite girlfriend—the narrative explores, in many ways, the inability (or failure) of language to express what we feel or who we are. It’s no coincidence that one of its epigraphs comes from our prevaricator-in-chief: “I know words. I have the best words.” (The other comes from Noam Chomsky, again a signifier, a hint of where the author stands.) Broken into eighteen chapters, the story involves the disappearance of a renegade linguist and the complexities provoked by his discredited work.

“Language,” Eisenberg writes, “—what does it clarify, what does it obscure? Is a person a person without it? Is all the stuff inside your head there whether you have language or not?” Such questions sit at the center not just of “Merge,” but also of the collection as a whole. What, Eisenberg wants us to consider, is this thing we take for granted as reality, with its prescribed interactions, its rules and codes? If our thinking, our cognition, is the product of language (which is itself an abstraction), how can we know or say what is real? For Keith, the feckless son of a corporate criminal, such issues grow uncomfortably pressing when his erstwhile lover Celeste starts to send increasingly opaque postcards from the country where she has gone to find the linguist, or at least determine his fate. “Word,” reads one card in its entirety, and another, “Fire.” Stripped of their context, what do these words mean?

Were Eisenberg less precise about her imprecision, the whole illusion could fall apart. But the beauty—and yes, the power—of her fiction is how she evokes the general state of decay and dislocation in the most specific terms. “The gilded armchairs in the parlor,” she writes in “Cross Off and Move On,” “are upholstered in dark velvet so worn on the seat and arms that the white muslin shows beneath, a ghost poised to emerge from within a dying body.” In the final story, “Recalculating,” she describes a tornado “skimming along toward you in the silence, like a dancer filled with God.”

This is not to say that she’s concerned only with gesture, but that she sees where everything connects. “Money,” she observes, describing the inequities faced by refugees, “moves across the globe at the speed of thought, at the speed of poison in water, but when will these people be allowed outside the wire enclosures?” It is the measure of this stunning collection, and of Eisenberg’s imagination, that such a question reads not only as political but also as an existential one.