Mahershala Ali stars in the return of the serial crime drama. 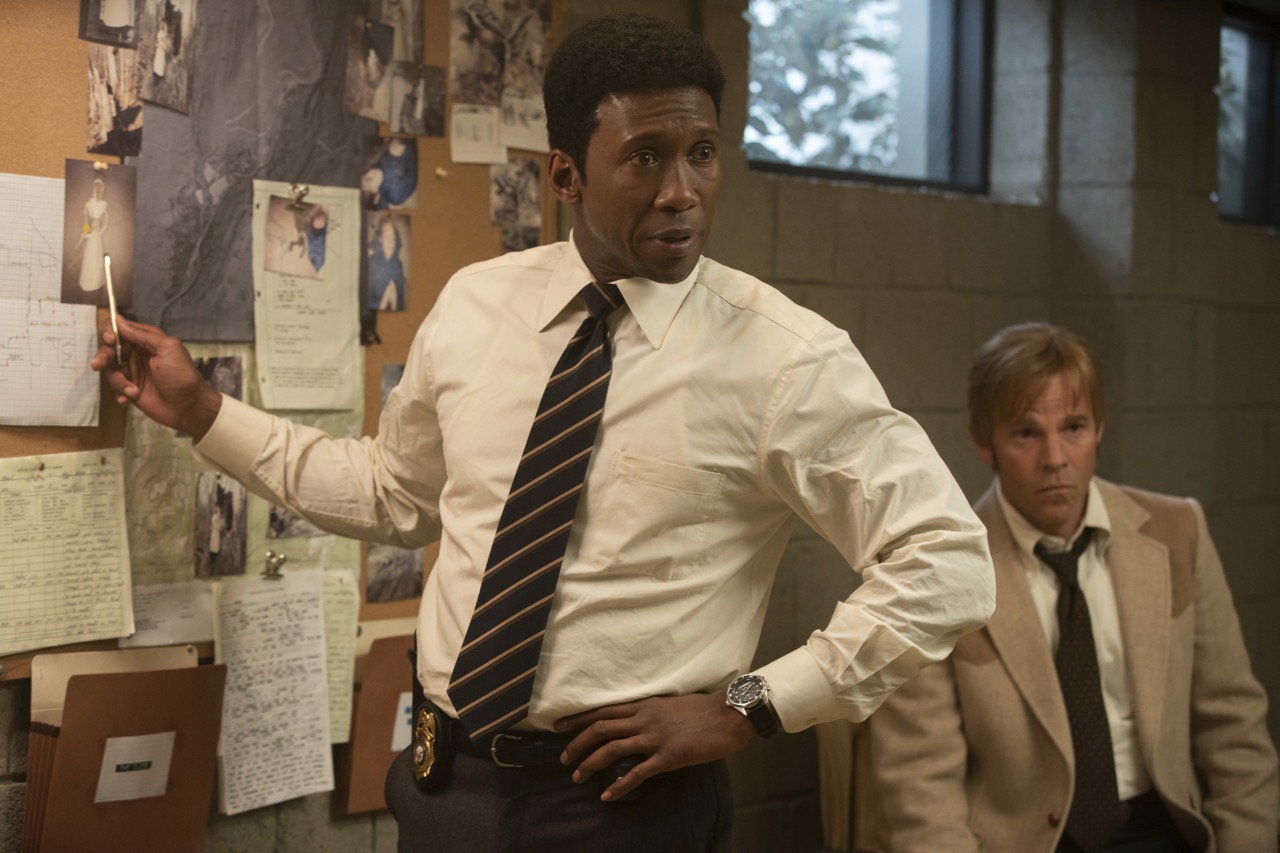 Five years ago—a lifetime in an age of by-the-second updates, endlessly scrolling feeds, and infinitely streaming video—True Detective premiered on HBO. A rabbit hole down which critics and bloggers eagerly dove, the anthology crime drama lured in viewers with its loopy, mesmerizing dialogue and a plot scattered with supernatural signposts and obscure literary references, courtesy of creator-writer Nic Pizzolatto, who has also written a novel and short-story collection. A second season followed, and flopped, in 2015, and a third premieres Sunday, spanning eight episodes and starring Mahershala Ali as an investigator whose life has been overturned by a case that he’s never been able to shake. In many ways, the latest installment is a rehash of the formula that made the first season so indelible: a pair of detectives works to solve a gruesome and mysterious case, all the while waxing poetic about the unstoppable nature of time and the correlation between light and dark. 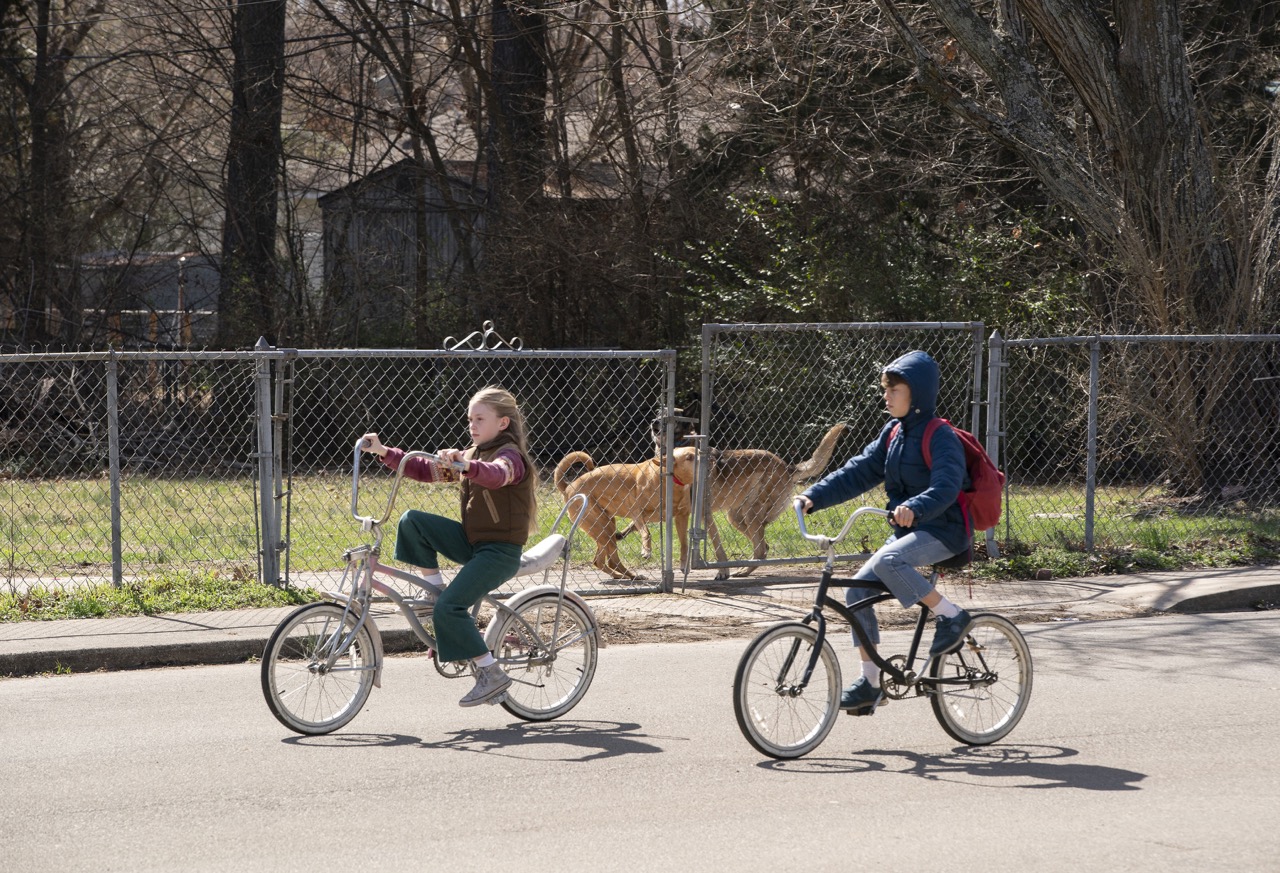 Ali plays Wayne Hays, who, along with partner Roland West (Stephen Dorff), is assigned to investigate the disappearance of two children, siblings Will and Julie Purcell, in rural Arkansas in 1980. The series unfolds across two additional timelines: the reopening of the case in 1990, when Wayne, retired from detective work and a father of young children himself, is called in to give a deposition; and the filming of a true-crime documentary in 2015, for which Wayne, now suffering from Alzheimer’s, agrees to an on-camera interview because he believes the producers have new information that will help him piece together the fragments of his own life. 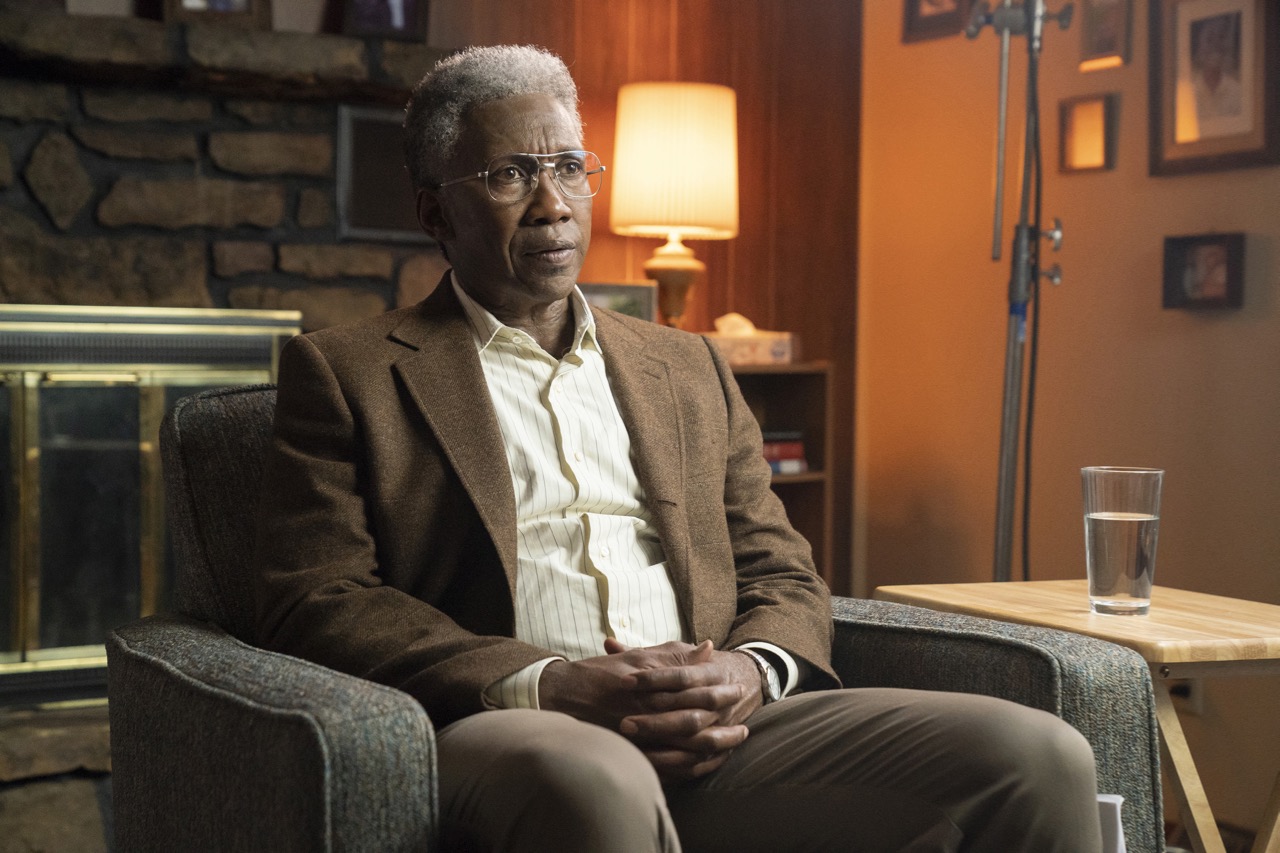 “Time is a flat circle,” Matthew McConaughey’s grizzled detective famously drawled in the first season of the show. “Everything we have done or will do we will do over and over and over again—forever.” The notion of time as cyclical rather than linear—an idea that stretches back to antiquity but is most strongly associated with Nietzsche—is clearly a preoccupation for Pizzolatto, who wrote or cowrote all eight episodes of the new season. Wayne circles back again and again to the case that, like the Vietnam War, in which he served as a combat tracker, marked a turning point in his life.

But it’s unclear what purpose this thematic fixation ultimately serves here. It feels like a watered-down version of McConaughey’s season-one posturing, minus the warped humor that he brought to the role of a slinger of mystical aphorisms. As Wayne, Ali plays it straight, and his casting feels like a safeguard; no matter how leaden Pizzolatto’s dialogue is—and in the third season, it’s stuffed so full of clichés that at times it comes off as satire—you can’t roll your eyes at Ali. Despite the thin material, his performance here is consistently sincere and deeply felt. 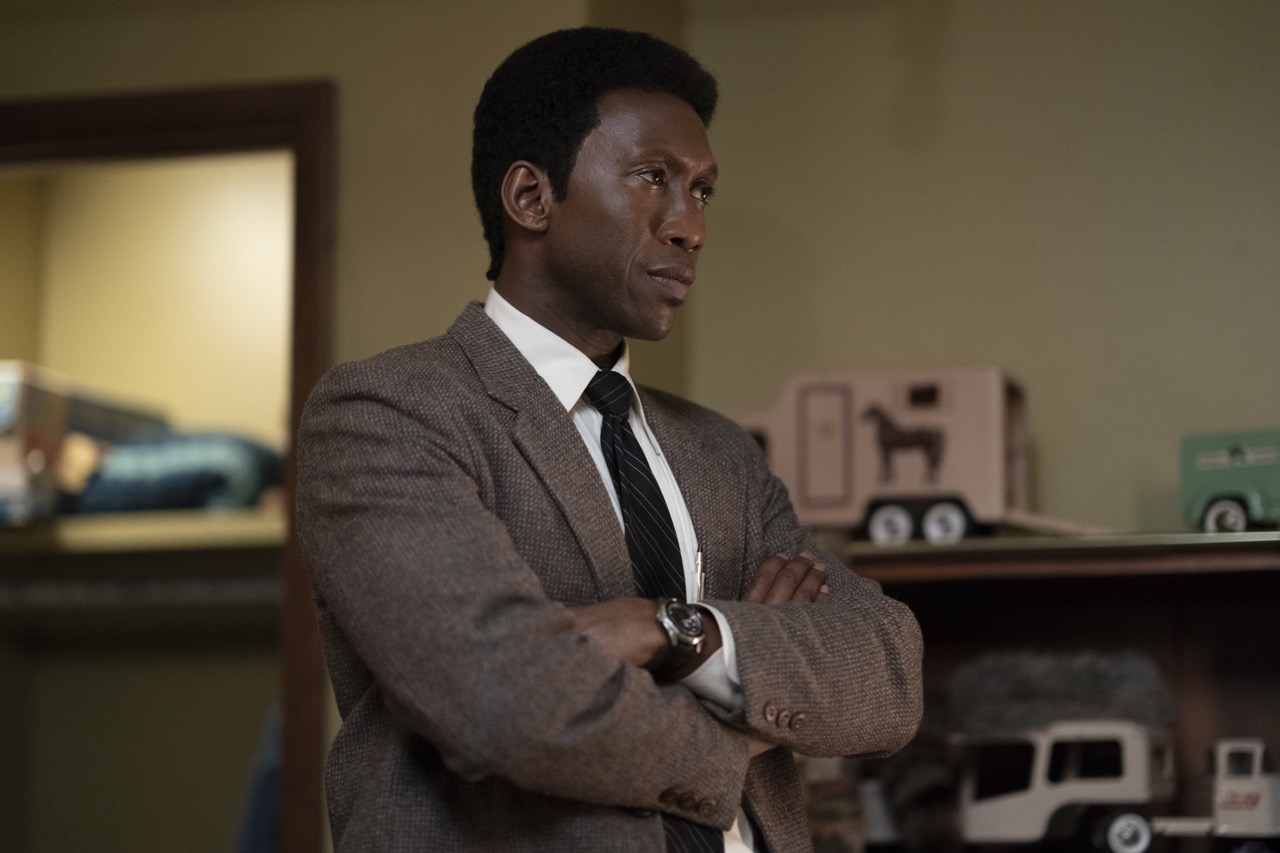 What ultimately sinks this season, or at least the five episodes I’ve seen, is the dull sameness of it all. With the exception of a couple of action sequences, nearly every scene has the same rhythm and pacing, often centered on two or three people conferring solemnly in hushed voices; the show could be titled Men Mumbling About Crimes. Most of the characters speak matter-of-factly, in similarly clipped, short sentences. (“Lotta people. Ideas. Lotta confusion.”) They sound like TV detectives, including Wayne’s love interest and future wife, Amelia (Carmen Ejogo), a schoolteacher who begins investigating the Purcell case alongside Wayne, and eventually publishes a book about it. 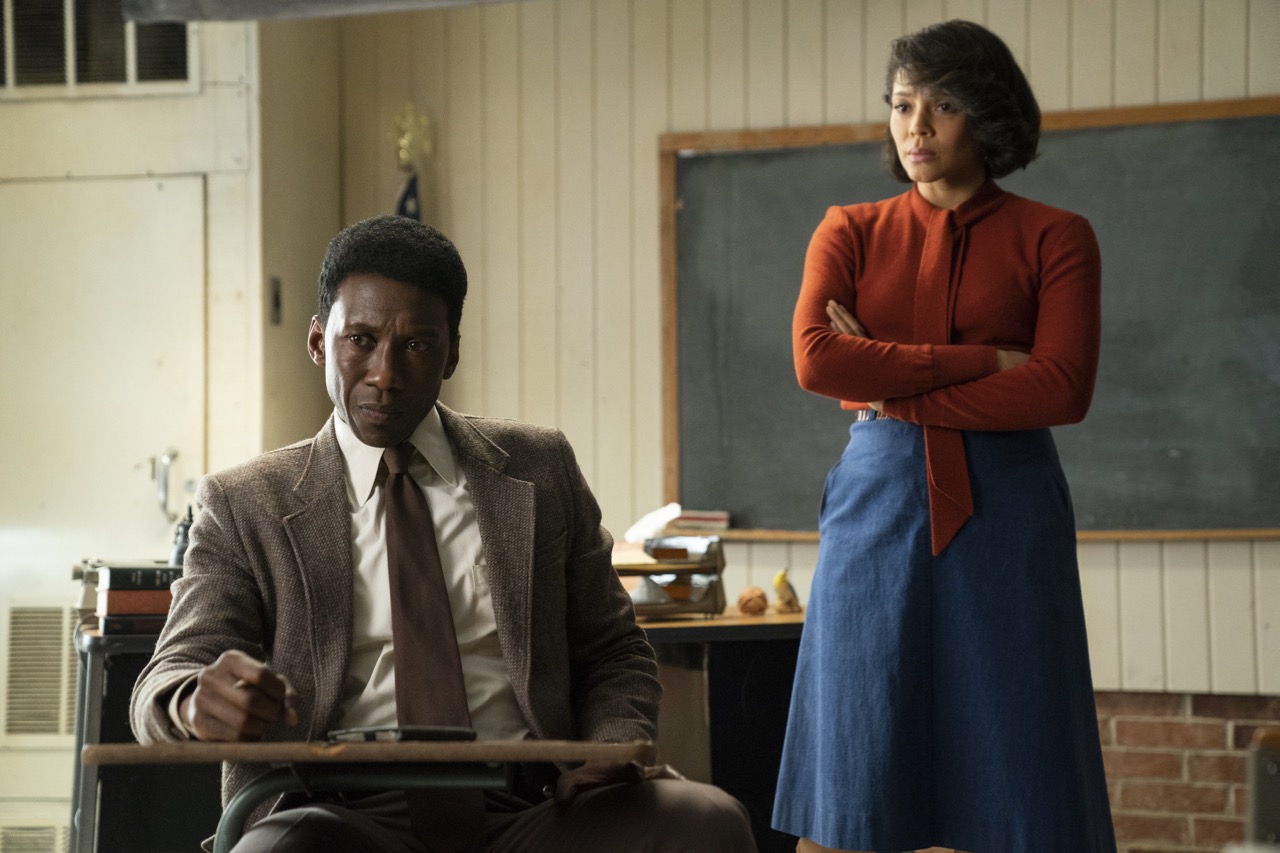 Some critics took issue with the depiction of women in True Detective’s first season: they were either prostitutes, murder victims, pouty wives, or buxom side pieces. Clearly, Pizzolatto (or HBO) has paid attention to these charges. The show has tamped down the gratuitous female nudity, and the new installment jettisons the first season’s prurient interest in sexual violence. Maybe Pizzolatto watched the most recent season of the Netflix comedy BoJack Horseman—it appeared to lampoon True Detective with a plotline in which the title character takes the lead role in a popular crime drama written by a gravel-voiced novelist whose storyboard is littered with notes like “montage depicting sexiness” and “nudity?”

As BoJack’s parody indicates, this mode of “prestige” TV drama characterized by brooding bad boys wreaking awesome havoc while the women around them suffer has grown stale. Despite the glossy production values, movie-star name grabs, unhurried pace, and serial rather than episodic narrative, True Detective has more in common with an old-school network procedural like Law and Order: SVU or Criminal Minds than a 2019 premium-cable drama. In the past five years, there has been a profusion of crime thrillers, typically created by and starring women, that have provided the traditional pleasures of the genre while devising creative and insightful ways to interrogate it: Happy Valley, Sharp Objects, Killing Eve, and Top of the Lake have all found fresh approaches to the convention of detectives solving heinous crimes that stir up personal trauma. 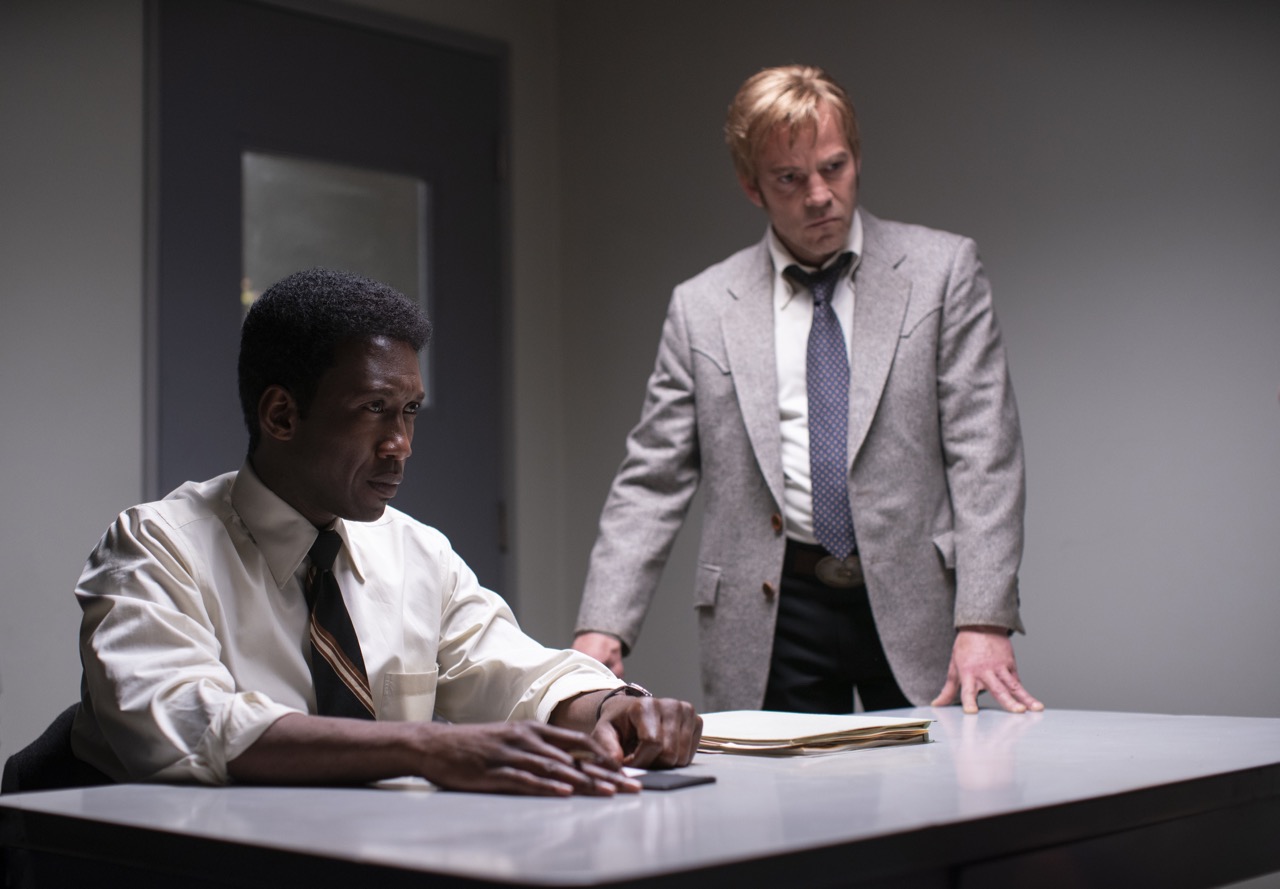 Maybe that’s why True Detective’s third season so often feels like a caricature of itself. The 2014 premiere of True Detective in retrospect marked a critical moment in contemporary television drama. In the years since it first aired, TV has itself been shaken up by an explosion of the old network model and a profusion of new talent eager to take creative risks—and streaming-era executives willing to take chances. In the wake of these changes, True Detective’s first season feels like the sunset of a “golden age” of television that came to be synonymous with hour-long dramas about tempestuous men whose genius masked bad, often criminal behavior.

The show’s latest iteration doesn’t exactly glamorize such men. In the 1990 timeline, Wayne is an irritable husband and father, but he’s not violent or adulterous, and the season doesn’t hinge on his persona as a man who’s so bad he’s good. But take that crutch away and you still need something to pull viewers in, something more complex than the mere thrill of transgression for its own sake—things like a propulsive plot, characters who behave like real people might, engaging dialogue, a truly gripping mystery. It’s as if True Detective (and HBO and Pizzolatto) cynically believed that its own name-brand recognition could compensate for its lack of these essential elements. 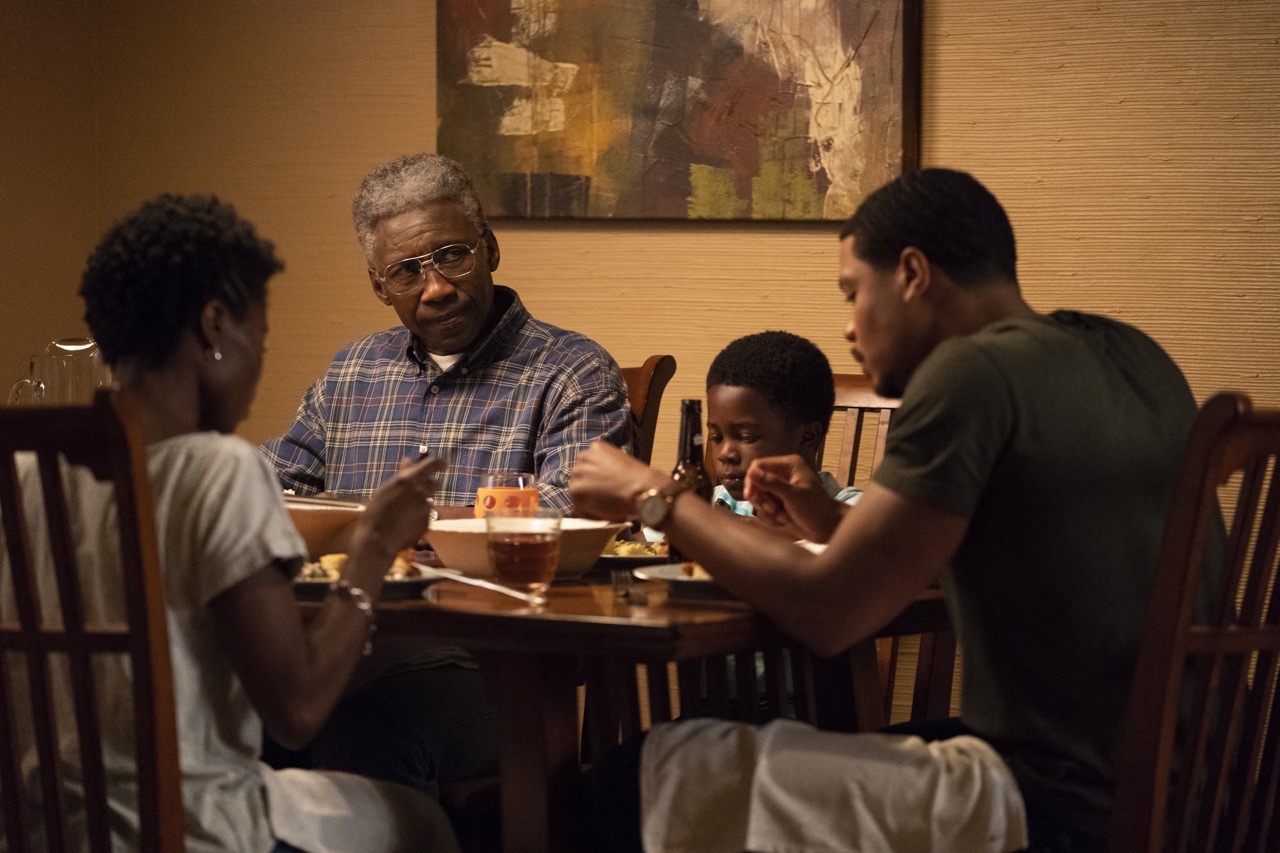 The key to Pizzolatto’s series might be a moment in this season’s fourth episode, when an older Wayne, struggling to recall the details of his life, tells his grown son about his work: “Writing’s been good for me. Maybe I’ve got a book in there somewhere, dunno. Maybe it’s nothing that don’t mean anything, but it’s been good for me,” he says. “It’s my way of staying alive.” Like his creator, he circles, transfixed, around the same ideas and images and patterns, while the world carries on.

Lara Zarum is a writer from Toronto. She has been a staff writer at the Village Voice and the TV editor at Flavorwire.com. Her work has appeared in the New York Times, the New Republic, the Globe and Mail, Vulture.com, Slate, Guernica, Kirkus Reviews, Bookforum.com, and the L.A. Review of Books, among other publications.