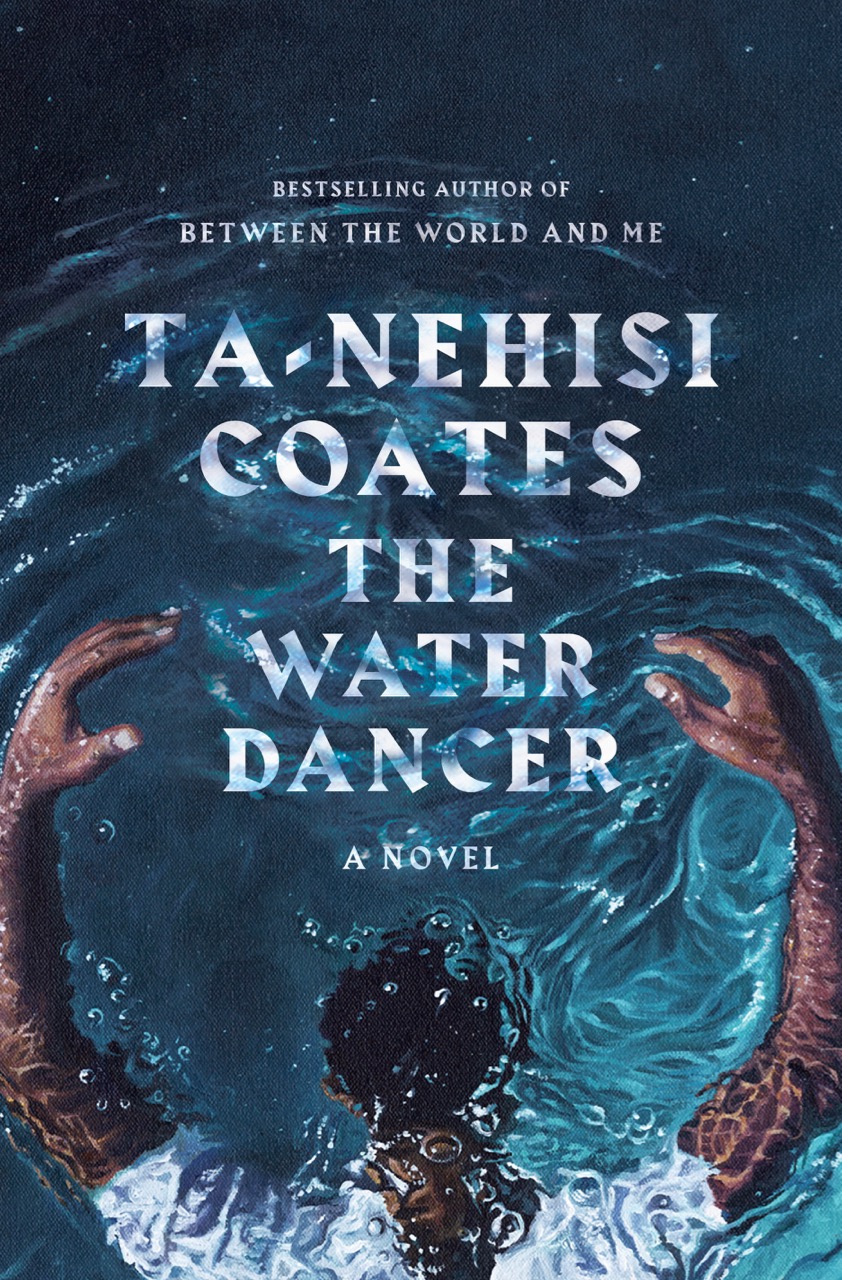 Inevitably, the work of pulling America closer to the idea of reparations for the descendants of slaves is also the work of fighting against America’s eagerness to forget, or the nation’s desire to rearrange history to suit its needs. So it is unsurprising that the first novel by Ta-Nehisi Coates, The Water Dancer, focuses on a character whose photographic memory is almost a superpower.

The story is told by Hiram Walker, a young boy born on a plantation in Virginia called Lockless. A reader is to understand that Walker is among a class of people who serve as slaves, though due to the narrative being situated in an altered universe, the language Coates uses around slavery is also altered. All of the white people, regardless of their status or education, are “the Quality.” All of the black people, also regardless of their status or education, are “the Tasked.” The world itself still holds the geographical landscapes of pre–Civil War America, but the language of the land and the abilities of a few of its occupants are unique, or enhanced. Despite his gift, Hiram finds that his memory fails when trying to reconstruct recollections of his mother, who was sold when he was young. He is only able to remember small pieces of her life, mostly told to him by others.

As Hiram ages, he learns to deploy his talented memory to defuse some of the violences of slavery, as well as to gain favor with Howell Walker, the Lockless plantation owner who is also his father. For example, when the tone of a party in the plantation house becomes sour, with the white attendees starting to turn on the slaves working, Walker deploys Hiram to perform a memory-based card-game trick that delights the audience and eases the tension. On the doorstep of his twenties, Hiram discovers that he has another gift: Conduction, as it is called in the book. Conduction is a power that transports people from one place to another by way of a blue light pulling them across water. Before its early chapters backtrack into Hiram’s telling of his childhood, the novel begins with Hiram first realizing this power, which saves him from drowning in a carriage accident that claims the life of Howell Walker’s son Maynard (who is also Hiram’s half-brother).

The Water Dancer settles into its urgent pace when Hiram fully grasps both of his gifts and attempts to escape slavery. After being caught and jailed, his powers Conduct him away from danger and into the safe haven of the Underground, a group of free and freed black people located in Philadelphia and dedicated to the liberation of the Tasked. While in Philadelphia, Hiram works to hone his unique skills in the hope of returning to Virginia to liberate the beloved people he left behind.

Throughout many corners of his writing, I have found Coates to be at his strongest when fully committing to his seemingly natural ability as an empathetic storyteller. This is most prominent in his long-form nonfiction work, where he is often able to seamlessly zoom out to tie his personal investments to broader social concerns. Because The Water Dancer is told in Hiram’s voice, through consistently unfurling memories and scenes, the emotional stakes of the book and its narrative/narrator feel immediate. The best work Coates does here is putting a reader in a position to connect to the jarring impacts of Hiram’s powers. Like, for example, when Hiram is sitting on a bench in Philadelphia, longing for the people he left back at Lockless. His Conduction abilities take him to a kitchen inside of the plantation with a woman who might be his mother, briefly, before pulling him back to his Philadelphia bench, anguished. Because Coates is so good at populating and drawing out a scene, Hiram’s joy at being present in Lockless again is the reader’s joy—having been immersed in the Philadelphia landscape for so long, the break from it feels vivid, like a memory woven into our own history. It leaves a reader wanting a bigger look into what Hiram has left behind, or what a reader has left behind somewhere that cannot be retrieved.

What hovers over The Water Dancer is the discussion about slavery narratives—a discussion that has been present for some time, but really began to gain traction around the release of the film adaptation of 12 Years a Slave in 2013. There are those who are eager for this history to continue to be unearthed and presented in new and inventive ways, but also those who feel exhausted by the stories, and wonder, ultimately, who they serve. As for the latter question, one must imagine that a writer with the experience and reach of Coates has come to an understanding that once the work leaves his grasp, there isn’t much control over who consumes it and how they consume it.

The book does slightly suffer from occasional tonal inconsistency. In some places, The Water Dancer leans into its commitment to an alternate universe; in others it uses a few too many thinly veiled touchstones of American slavery. The Underground, for example, has another Conductor who has the same powers that Hiram has, and all Hiram knows about her is that she operates further south and goes by the name Moses—Hiram later finds out that she is, of course, Harriet Tubman. These moments do help strengthen the world built into the story itself, but it also feels at times as though Coates isn’t trusting the readers to remain within the layered fantasy he’s created for them. In all of his work, Coates is strongly tied to allowing history to do heavy lifting, but the way history is woven into the fantasy world of this particular novel isn’t always as dazzling as the fantasy itself.

Ultimately, even stories about slavery aren’t singularly about slavery. At the root of many is a story about family—or, more specifically, the many ways that a family can be fractured and then attempt to find its way back together. An escape is plotted out for freedom, naturally, but it is also driven by the hope of a reunion. How a story of slavery richly depicts or stumbles over the tactile details of its violence can feel secondary to how the story of the human relationships within that violent machinery are rendered. The Water Dancer succeeds in this part of its work. There’s a tenderness not only in the language and story arc, not only in the frantic desires of Hiram and his need to belong, but especially in how gently the novel treats a person’s relationship with memory—and the parts of memory that don’t return as clearly as a person needs them to.