Film
Flight of the Red Balloon

Helium and Hou: the director’s 2007 film follows two outsiders and a crimson orb through Paris. 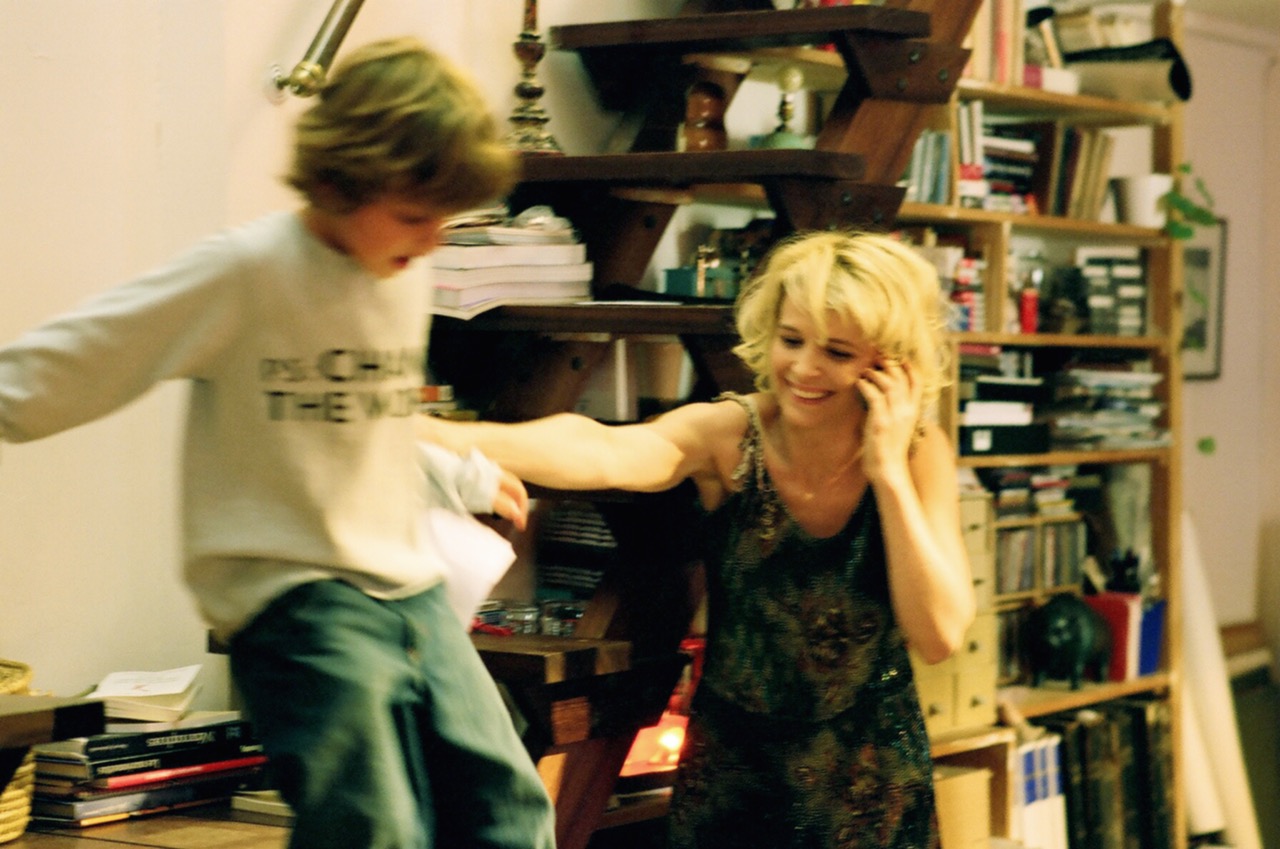 Simon Iteanu as Simon and Juliette Binoche as Suzanne in Flight of the Red Balloon. Image courtesy IFC Films.

Over the course of a career that began almost forty years ago, the supernal Taiwanese filmmaker Hou Hsiao-Hsien has been a cine-elegist of both rural and urban milieus. An early title, The Boys from Fengkuei (1983), explores the transformations of Taiwan, then undergoing vast economic shifts, as experienced by a group of young guys from a small fishing village. Shortly thereafter, Hou established himself as an eminent chronicler of big-city alienation. One of Hou’s first Taipei-set movies, Daughter of the Nile (1987)—which centers on an overburdened young woman juggling night school, shifts at KFC, and arduous family responsibilities—evinced the drifting melancholy that has come to define his magnificent metropolitan studies.

That mood is especially pronounced in the Paris-based Flight of the Red Balloon (2007), screening as part of Metrograph’s mini-retrospective “Hou Hsiao-Hsien in the 21st Century.” (Accompanying the film are three others from the same decade that also take place in a major city—two in Taipei and one in Tokyo. All will be shown on 35mm). Hou’s first movie to be shot outside Asia pays homage, as its title suggests, to Albert Lamorisse’s The Red Balloon (1956), the classic kids’ film about a sentient helium-filled toy that loyally follows a lad through the streets of Paris. An additional French work with a child and a cerise orb also provided inspiration for Hou’s movie, which originated as part of a planned series to be made in collaboration with the Musée d’Orsay in honor of that institution’s twentieth anniversary: Félix Vallotton’s painting The Ball (1899), the Nabi masterpiece housed in the Left Bank museum; the canvas figures prominently near the end of Flight of the Red Balloon.

And yet another Gallic icon, of more recent vintage, stars in the movie: a peroxided Juliette Binoche as Suzanne, an excitable voice performer in a puppet theater who lives in a casually shambolic, boho top-floor flat with her grade-school-age son, Simon (Simon Iteanu). Although Suzanne seems to thrive amid a certain amount of chaos—a mental state perhaps too fully embraced by the actress, a reliably big emoter—Flight of the Red Balloon is never overwhelmed by this turmoil, a tonal assurance characteristic of all Hou’s movies. 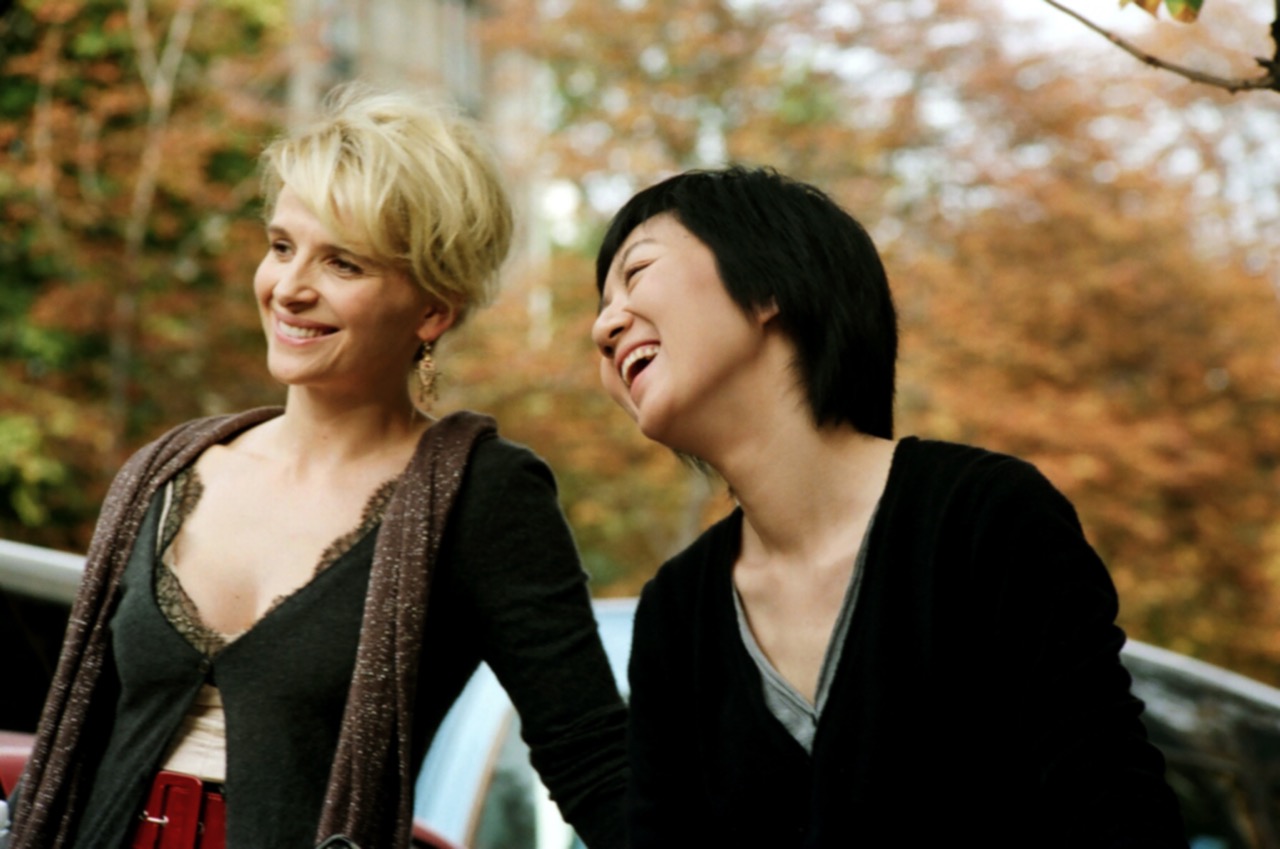 Juliette Binoche as Suzanne and Song Fang as Song in Flight of the Red Balloon. Image courtesy IFC Films.

Similarly, Flight of the Red Balloon may feature an internationally known movie star, but that luminary does not dominate the film. Binoche’s character, in fact, is absent for long stretches of Flight, which Hou wrote with François Margolin. At the movie’s core are two remarkable nonprofessional actors: Iteanu, who I’d guess is eight or nine years old here and gives one of cinema’s most endearing yet wholly unselfconscious performances by a kid; and Song Fang, who plays Song, Simon’s newly hired babysitter and an aspiring filmmaker from Beijing continuing her studies in Paris.

Each character an outsider in some way—Simon owing to his age, Song to her nationality—the child and his minder form a tender dyad, one marked by reciprocated respect and curiosity. The scenes of Song and Simon together, whether walking through a park, running errands, or preparing to make crepes, show the deepening bonds of two inhabitants of an enormous city who are first introduced in isolation. In Flight’s opening segment, we see Simon, his backpack nearly the same size as his tiny body, climbing up the grillwork of the Bastille Métro entrance, looking skyward and beseeching, to no avail, a crimson balloon to come home with him. After the boy descends into the station, the first of the film’s many spellbinding sequences commences: in one fluid shot, Hou’s regular cinematographer Mark Lee Ping-Bing slowly tilts the camera up to the treetops where the rubber sphere is nestled, then tracks its up-and-down meander past a limply fluttering tricoleur, the July Column immediately in the background, before it finally soars way above the copse. 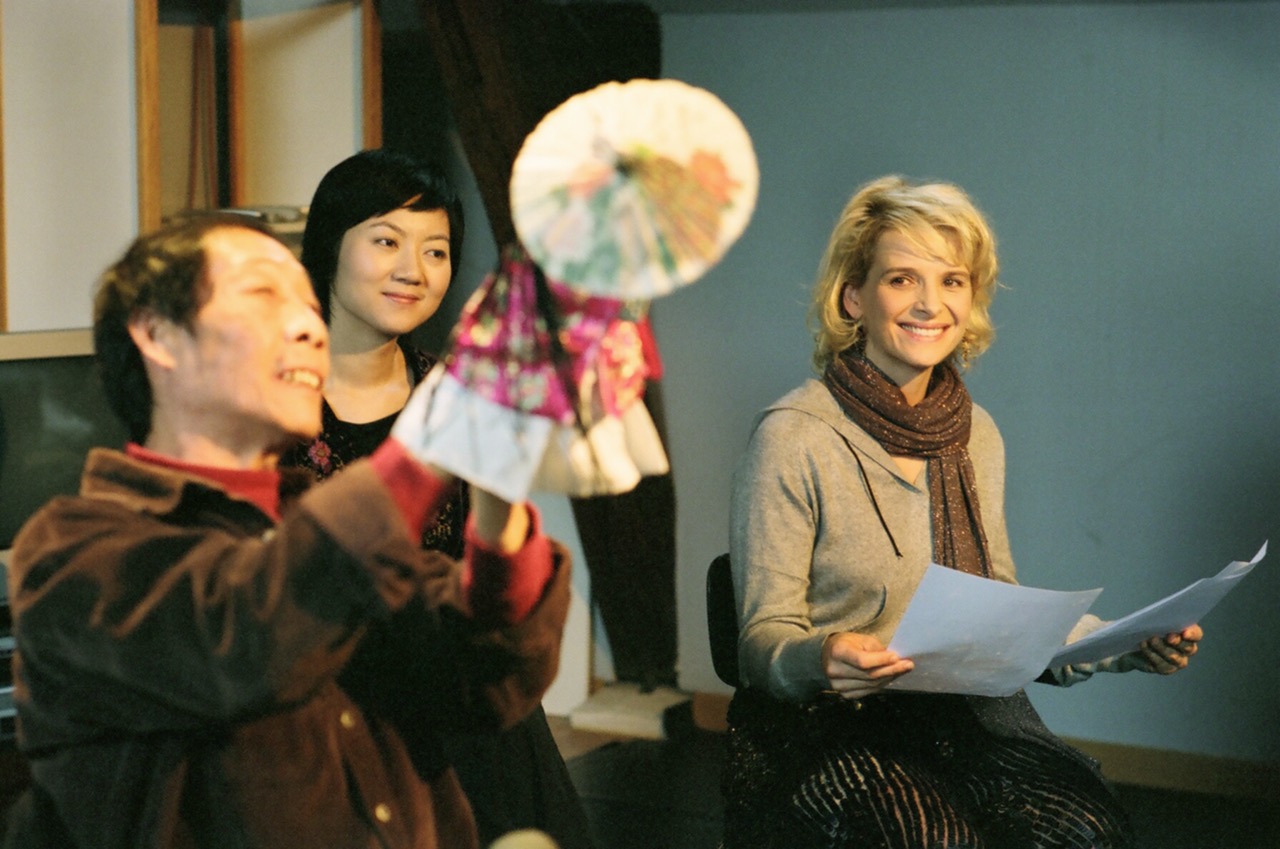 Just as graceful as the balloon’s disappearance in Flight’s first scene (it reappears intermittently) is Song’s entrance: revealed to us after a bus pulls away, she’s the lone figure in front of a variety store, calmly trying to orient herself before heading in the proper direction of the marionette theater where she will meet Suzanne. (However rarefied, Suzanne’s métier isn’t too strange coming from the auteur of 1993’s The Puppetmaster, based on the memoirs of, and starring, Taiwan’s most acclaimed puppeteer.)

For much of Flight, Song is getting her bearings. On her first day with Simon, she films her new charge as they walk from a patisserie to his apartment—the video recording serves not only as potential footage for future projects but as an aide-mémoire, a document of an unfamiliar route. She must also continually reacclimate to her boss, whose initial claim to Song (“I’m fairly easygoing”) is usually belied. Suzanne often enters and exits her home in high dudgeon, outraged over the behavior of her downstairs tenants. Her long-distance phone chats—with her teenage daughter, living in Brussels; with a romantic partner, a writer who’s secluded himself in Montreal for the past two years, trying, and failing, to complete a novel—invariably end in tears. 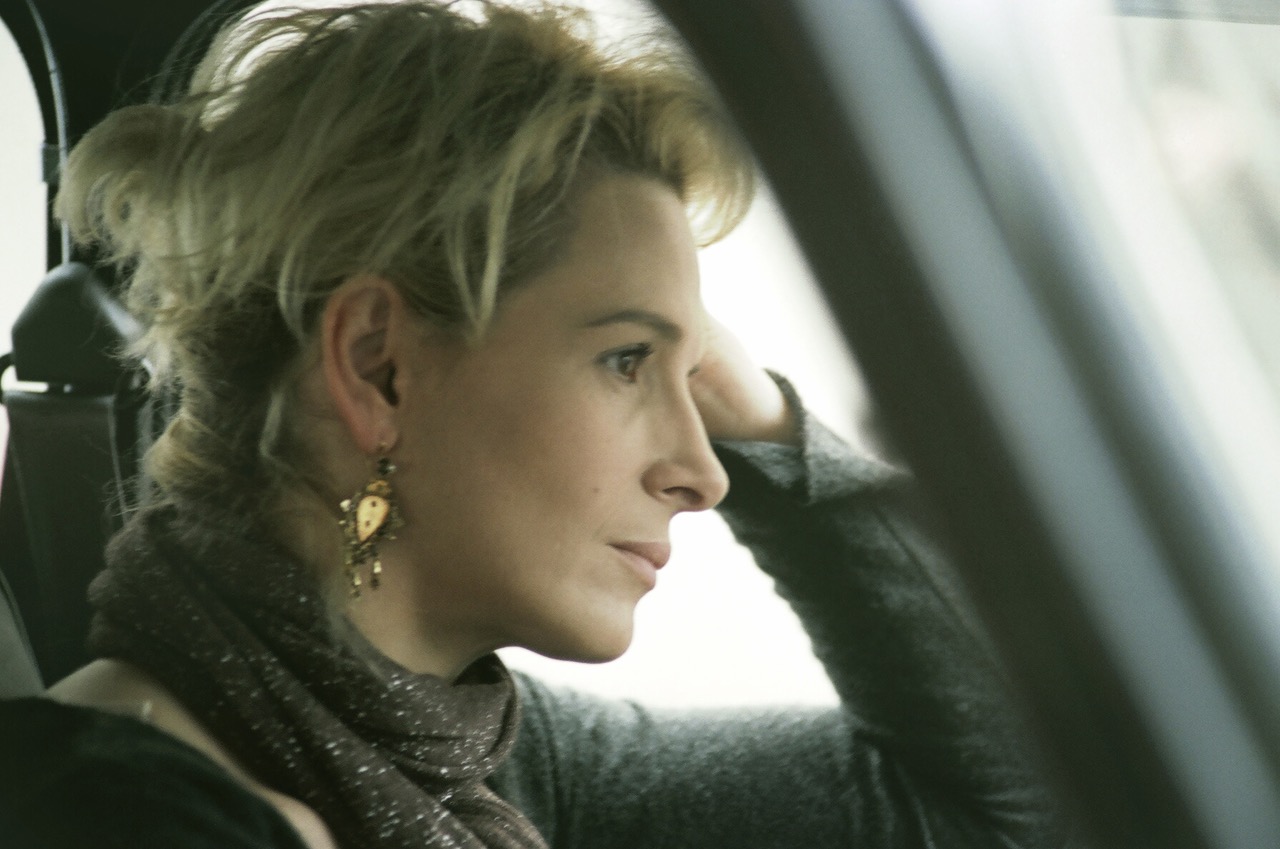 Song responds equably, no matter the level of agitation displayed by her employer (or others); her typical reply is a simple d’accord. In my favorite exchange, Song’s rejoinder to one of Suzanne’s apologies after a weepy telephone call is “problems are common,” words that manage to both console and preempt more self-pity from Suzanne. Despite his age, Simon, too, learns to assuage his mother through serenely uttered, matter-of-fact observations: “Maman, you seem rushed.” Each outburst from this unhappy woman seems to forge an even stronger intergenerational camaraderie between Song and Simon, who remain alert to—but never overawed by—the unexpected delights of Paris as they navigate the city together. 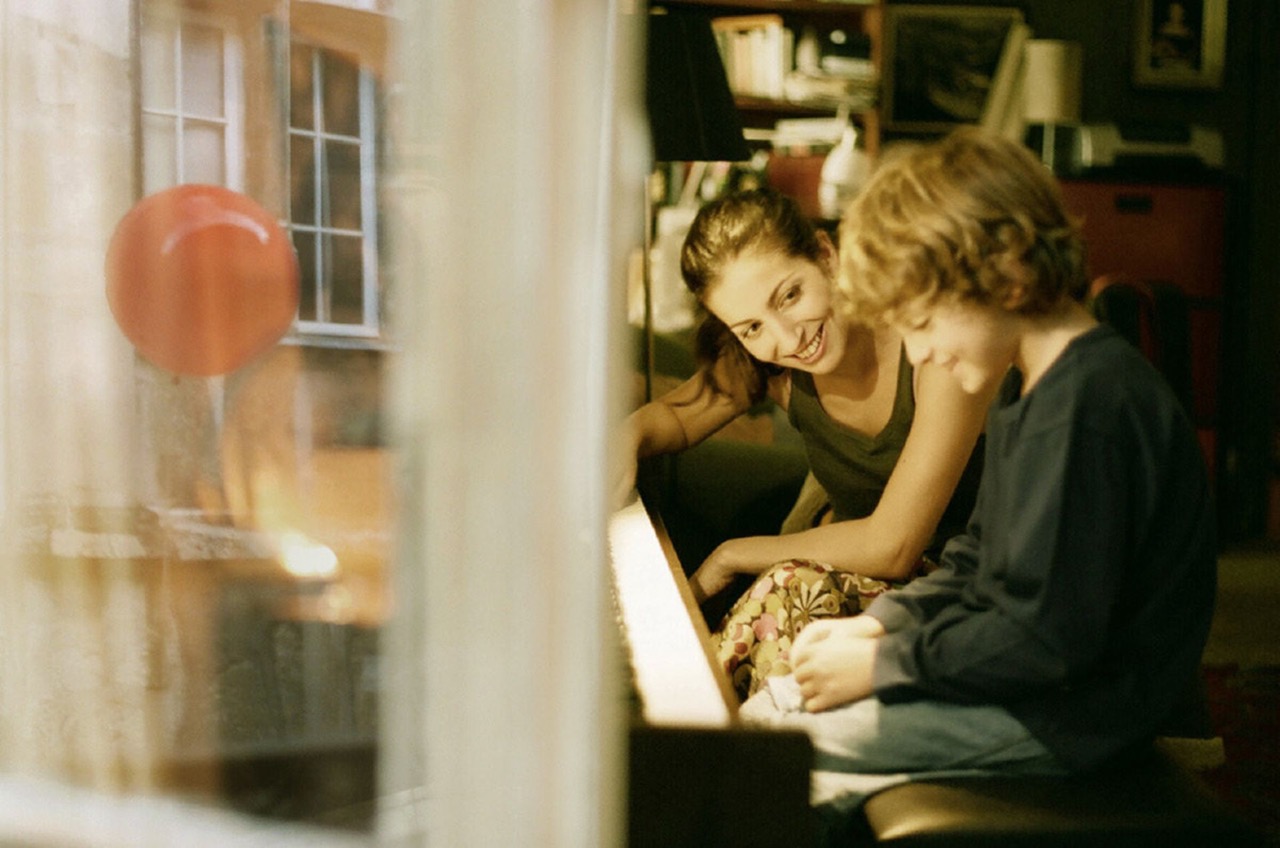 Anna Sigalevitch as Anna and Simon Iteanu as Simon in Flight of the Red Balloon. Image courtesy IFC Films.

For Song, those charms include any instance of red balloons she happens upon, such as a drawing of the toy on a brick wall on a side street; we later learn that she, like Hou, has been inspired by Lamorisse. The character may be a stand-in for the director, but the woman portraying her is, or would soon become, much more than a meta-conceit. Five years after Flight, Song Fang made her first feature, Memories Look at Me (2012), a poignant chronicle, largely rooted in autobiography, of her trips from Beijing to Nanjing to visit her family members, many of whom, like Song, play versions of themselves. It’s a city symphony as mournful as one of Hou’s own—in which the sense of feeling painfully out of place is only heightened by knowing that place all too well.