He lost it with the movies: Frank Beauvais chronicles his period of
“film bulimia.” 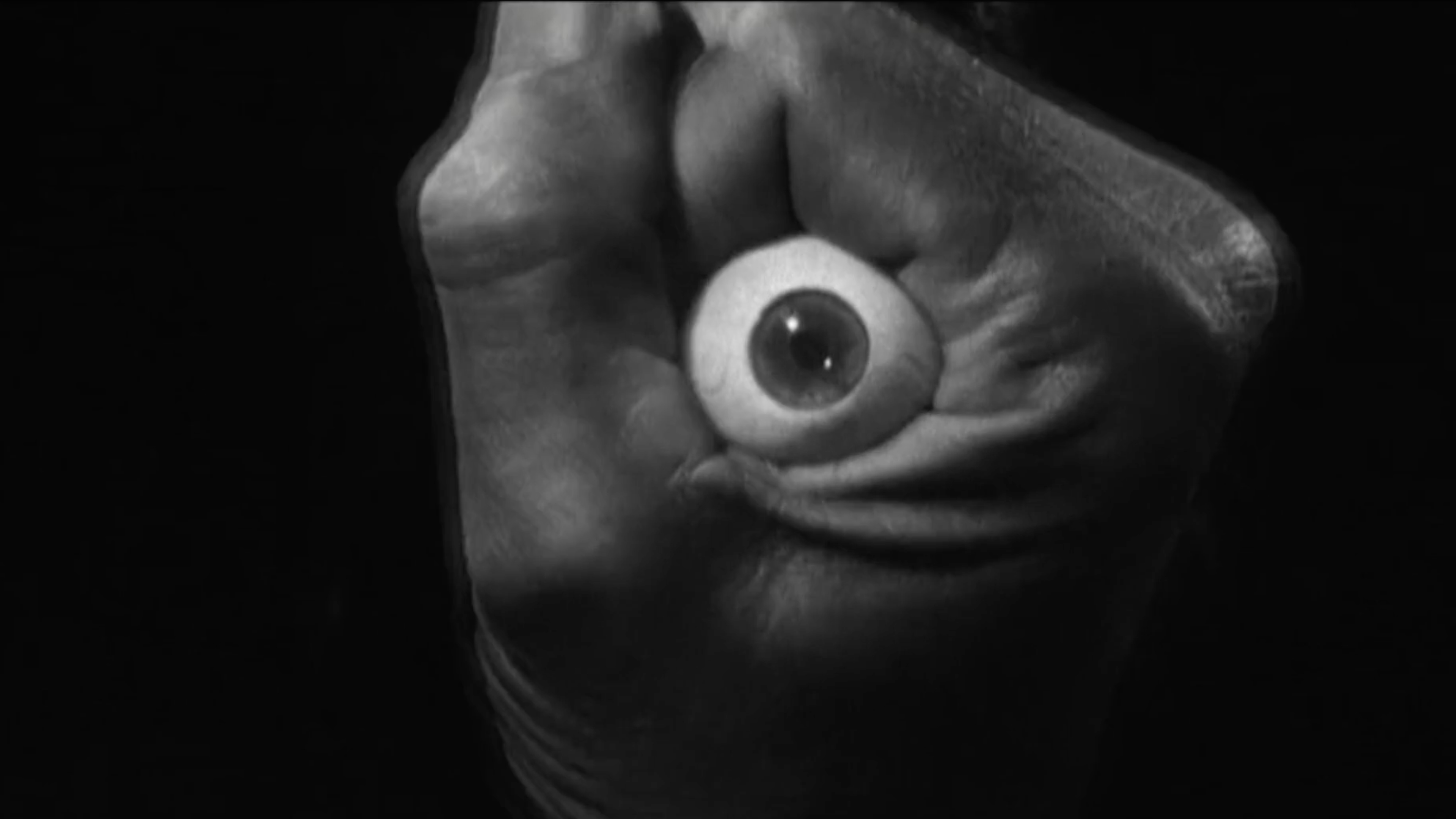 Several years ago, a French colleague introduced me to a key taxonomic distinction: that between a cinephile, a lover of film, and a cinephage, one who “eats” movies voraciously, indiscriminately, obsessively, and is thus consumed by them. In Frank Beauvais’s Just Don’t Think I’ll Scream, a potent, discursive autobiographical essay film, the filmmaker reflects back on a painful time that he sought to ameliorate with a daily at-home ingestion of three to five movies—a disordered diet that ultimately could not assuage the chaos he felt within and without.

Just Don’t Think I’ll Scream—the first feature-length project by Beauvais, who, in addition to being a director, has served as a music consultant on a dozen-plus films—mainly chronicles April to October 2016, a period when he watched more than four hundred movies. Beauvais’s documentary consists solely of mute clips from those titles, plus his voluble diaristic voice-over, which he reads himself. The excerpted films aren’t listed until the closing credits; the roster ranges from Hollywood and European classics to recent American independent cinema to industrials to all manner of celluloid exotica in between. These fragments contain no iconic shots, no notable faces (visages, when legible, belong to extras, to bit players). Instead, this dense visual collage is stitched together from marginal segments: stock shots, inserts, isolated body parts, bizarre objects, random landscapes. The images are matched appositely with Beauvais’s words, though some more obliquely than others. Occasionally the screen cuts to black for a second or two, operating as a line break in a text might—a brief respite for overwhelmed eyes and ears. 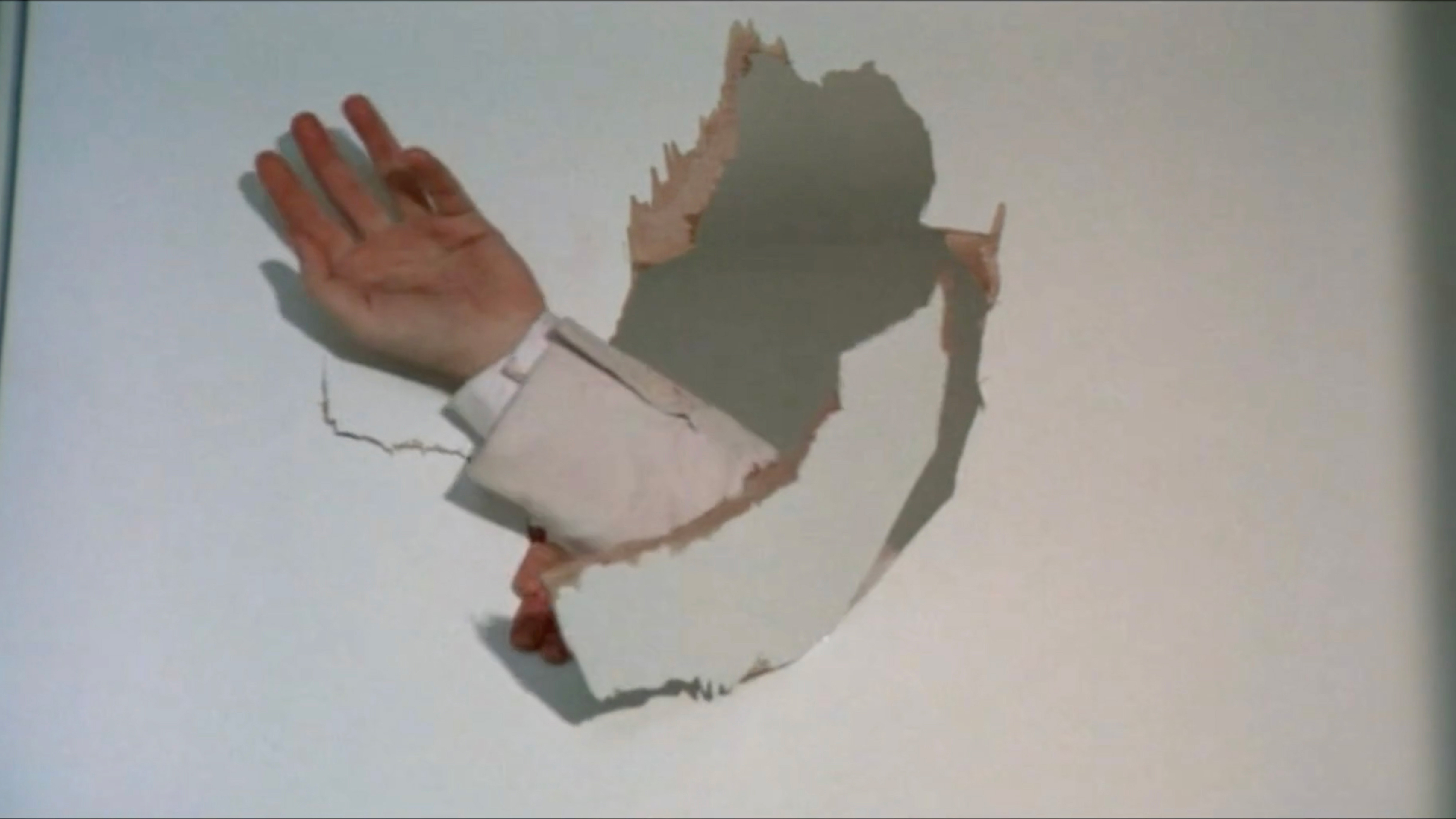 While the visual component of Just Don’t Think I’ll Scream is characterized by the unrecognizable, the arcane, the audio element coheres as a stream of facts, dates, events, lucid thoughts and connections. In the film’s opening minutes alone, I found myself scribbling furiously to get down the particulars of the project’s origins. Beauvais, forty-five at the time, had recently broken up with a boyfriend, with whom he had relocated, six years prior, to a tiny village in Alsace—a move that allowed them to be closer to nature and to live more cheaply than they could in Paris. After the split, though, Beauvais, who doesn’t have a driver’s license, finds this bucolic splendor immuring: “I suffer this exile, far from Paris, in this place, where the opulence of nature hides from the untrained eye the Protestant, almost always right-wing stiffness of its inhabitants,” he explains, his voice imperturbable. 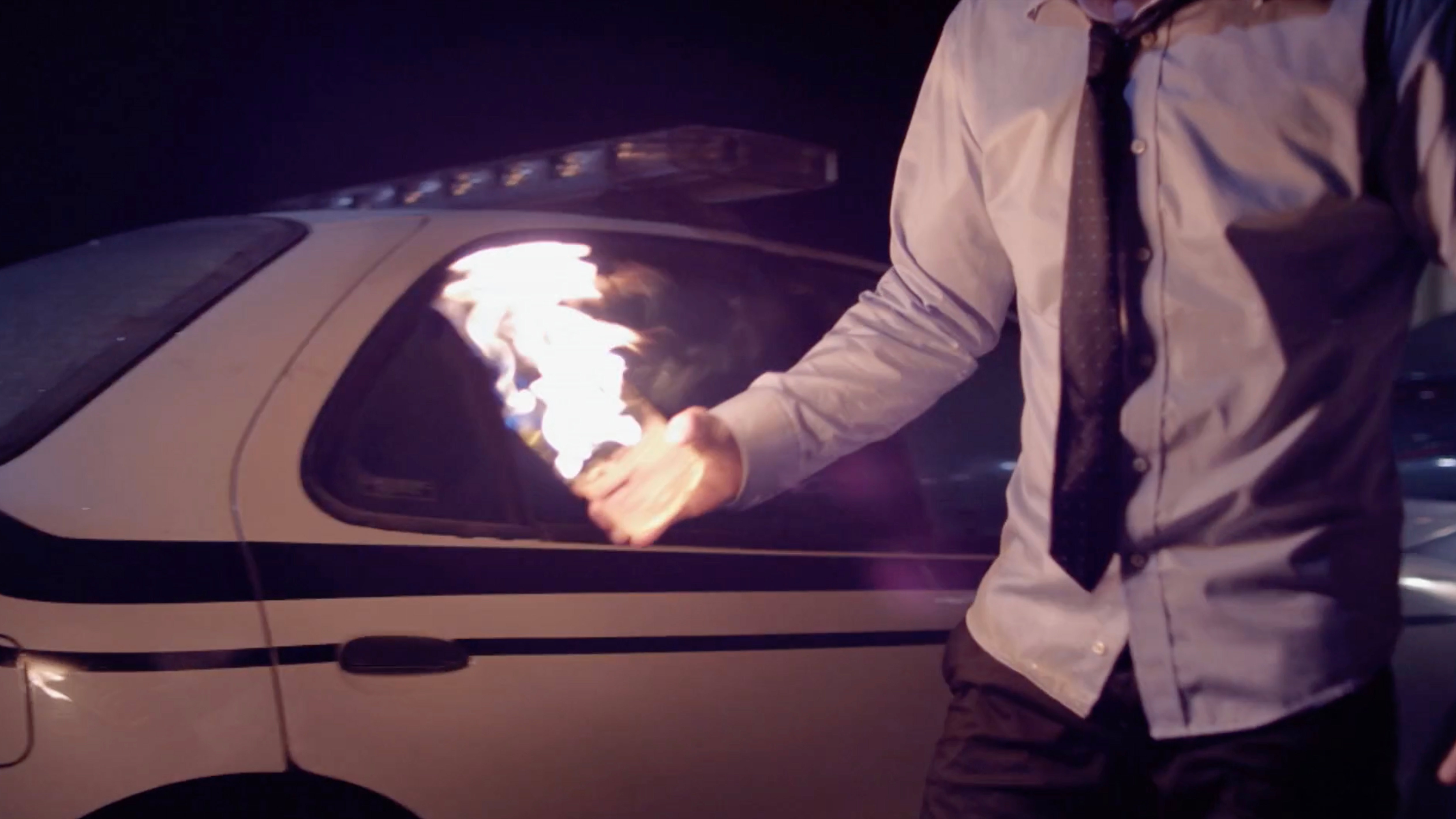 The end of Beauvais’s relationship roughly coincided with the terrorist attacks in Paris in November 2015 and France’s declaration of a state of emergency—or, as the filmmaker puts it, the onset of an era of further surveillance, “manufacturing martyrs,” and “the sound of boots returning.” By the spring of 2016, he’s nearly a shut-in: “I don’t see the outside world. I try to think of it through the films that I see day and night.” His “film bulimia” structures his days—or at least passes the time—but seems to offer little pleasure. “Anything goes, and I can’t stop,” he confesses. In three days, Beauvais downloads one hundred Soviet films.

As Beauvais recounts his despair, his feeling like “an unstable, unfinished adult,” I thought of the incomparable film critic Boyd McDonald, another gay, white cinephile who sequestered himself at home to watch movies—an experience that proved salutary, not dispiriting. Born in 1925, McDonald largely abandoned going out to the cinema in 1969 (for reasons never explained), consigning his viewing to the films that aired at all hours on the television in his spartan single-room apartment on the Upper West Side. In the ’80s, he lustily, hilariously wrote about what he saw—with a particular focus on supporting actors, and even more particularly on their anatomy—for the gay press, columns that were collected in the essential Cruising the Movies: A Sexual Guide to Oldies on TV, reissued in 2015. Of his home-viewing apparatus, McDonald wrote, “I have confined my studies to pictures which are available on commercial TV. I watched them on a GE b/w receiver. It cost $80 and has brought me an estimated $80 million worth of ecstasy.” 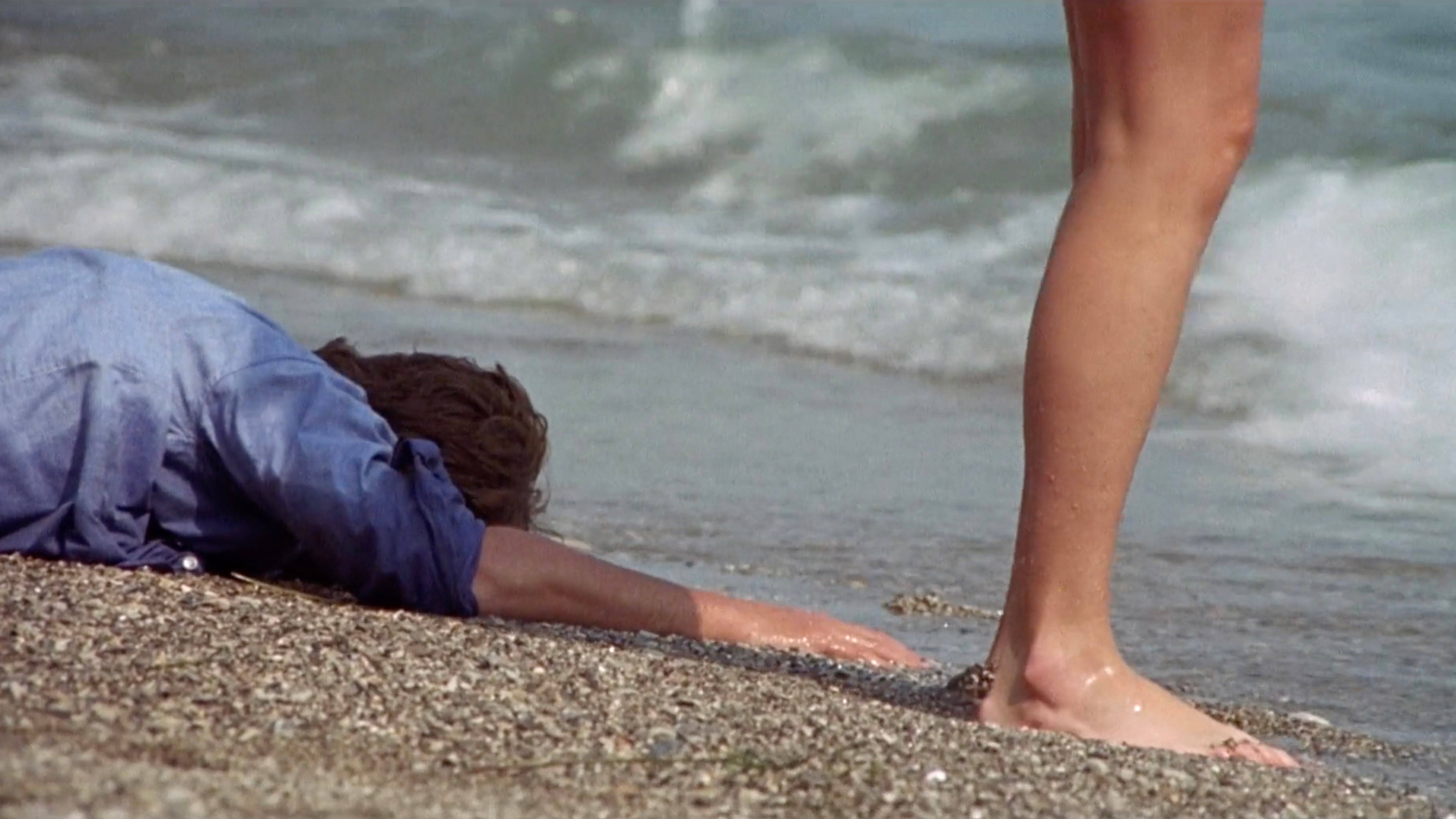 Almost four decades later, Beauvais, of course, has no such restrictions on what he might watch, and the glut depletes him as his days “without absolutes” are spent in the company of his “fake celluloid brothers.” Just Don’t Think I’ll Scream premiered almost two years ago, at the Berlin Film Festival, and was originally scheduled to open in New York in April last year. I don’t want to tarnish Beauvais’s melancholy, rigorously assembled project with the dubious distinction of labeling it “prescient,” but among those of us with the immense good fortune to not only have homes but to be able to work from them during the pandemic, many have been experimenting with their own version of Beauvais’s deranging viewing habits. (Although nowhere near as voracious as Beauvais, I find that when I look back on the list of movies I’ve watched since mid-March of 2020, there are several titles that I don’t even recognize, let alone the basics of their plots.)

Rather than classify Beauvais as a soothsayer, I prefer to think of him as an astute diagnostician. By 2016, the year Just Don’t Think I’ll Scream documents, leaving the house, especially to see a movie, increasingly began to seem an audacious act; various sites, services, and channels aggressively began assaulting the practice as obsolete, foolish. Why interact with strangers to see something at an hour determined by someone else when you could narcotize yourself with putatively limitless offerings in your bed, to abandon and resume whenever you wish? 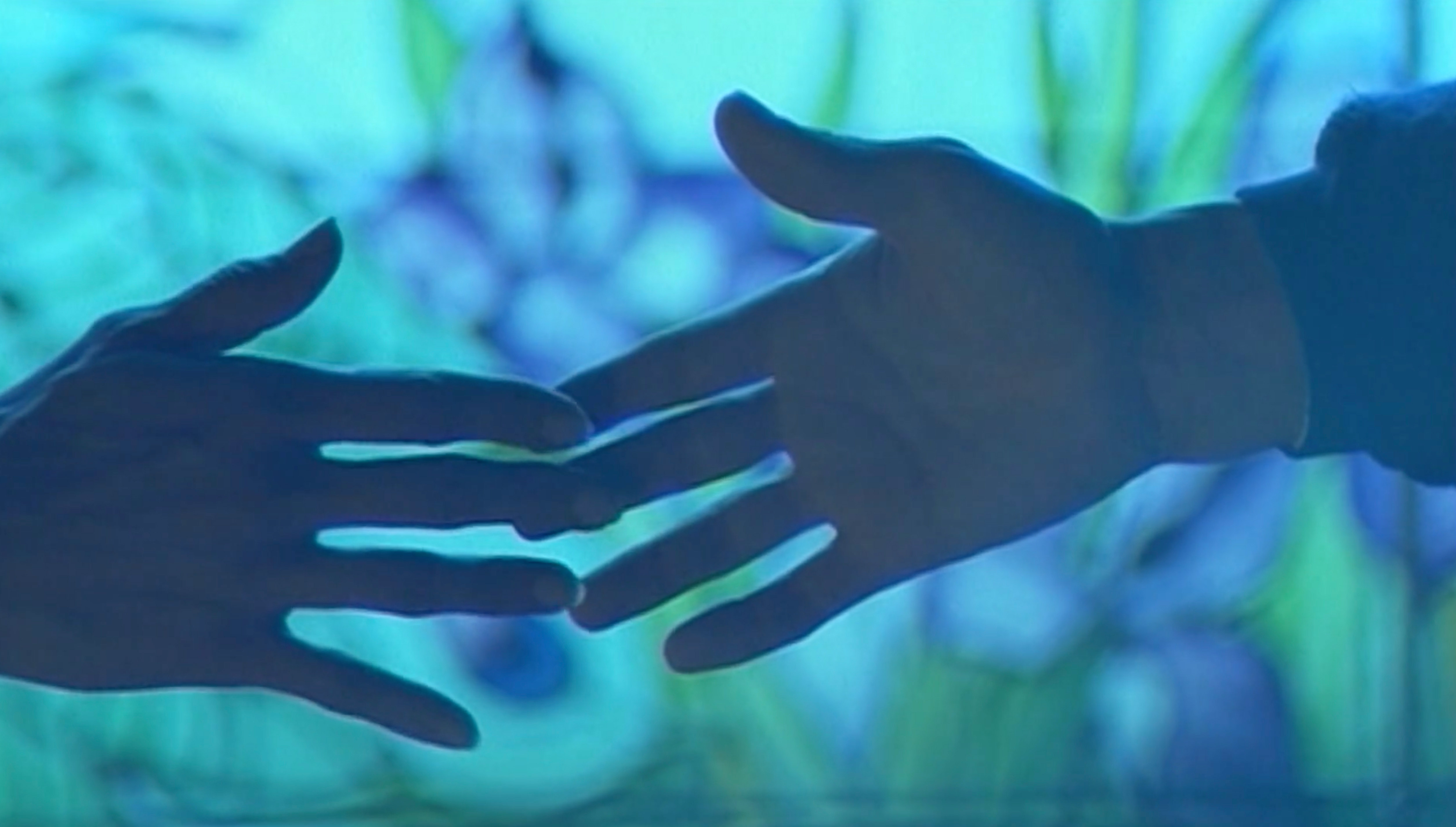 Beauvais’s “cine-folly,” as he calls it, and its attendant anomie—or is it the other way around?—become too much for him to bear. An economical living arrangement in the apartment of an ex in Paris presents itself. Beauvais begins jettisoning the mountains of culture that have entombed him in Alsace: books, DVDs, ten thousand records to a lone buyer. On October 3, 2016, he ends his “addictive loneliness” and, with the help of friends, loads up a truck that will take him to the French capital. Maybe he went to one of the great repertory cinemas in the Latin Quarter with some of those pals later that week. Maybe, with any luck, the theaters there and elsewhere will be open by October of this year—when the despondency of “daily life steeped in repetition,” as Beauvais describes it, can be eclipsed by spontaneity, surprise, delight.