Literature
The Mayor of Leipzig

In Rachel Kushner’s brief novella, a tale of nonevents. 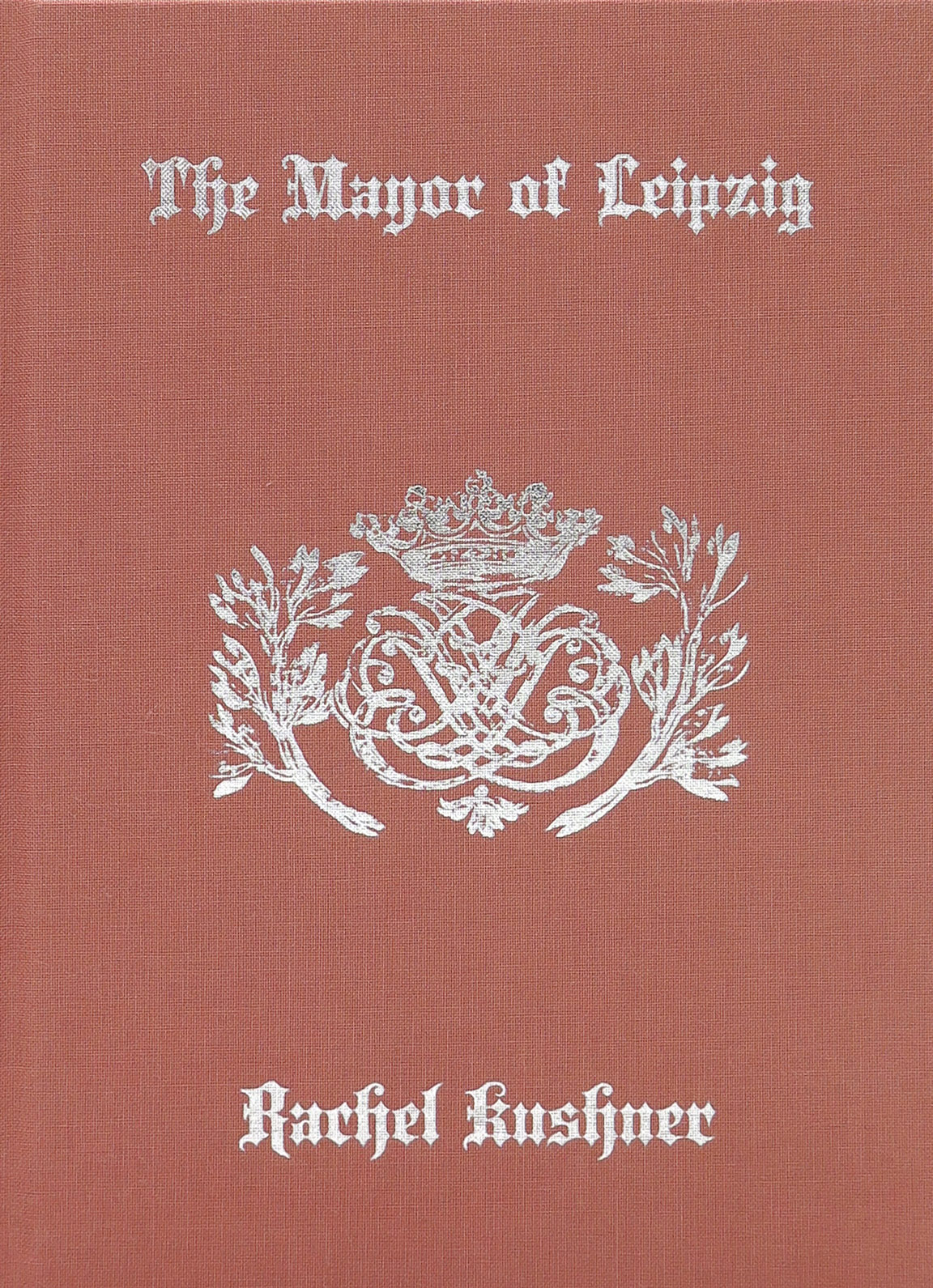 The Mayor of Leipzig, by Rachel Kushner, Karma Books, 71 pages, $20

Rachel Kushner’s three novels are each densely descriptive slices of US history and life, books that often engage with America’s extraterritorial adventures. Telex from Cuba (2008) is set primarily in American sugar plantations in Cuba before and during the revolution, while The Flamethrowers (2013) flashes back to an Italy overrun by Germans after its 1943 armistice with the Allies during World War Two, and then to Brazil’s so-called second rubber boom near the end of that conflict, largely the result of American investment. This is to say that Kushner tends to examine her country via its exercise of power. Her most recent novel, The Mars Room (2018), an anatomy of prison life in crumbling twenty-first-century California, takes on a more contemporary and pointedly sociological cast, setting its sights on America’s carceral interior rather than its globalist exploits.

All these works have an air of the hard-boiled, wordy aesthetics of the leftist late modernism of John Dos Passos or William Gaddis’s dense prose, liberally mixed with a glossier, popular take on the notion of national identity and events, such as one might find in Victor Hugo. This potent combination of the specific and the mythic is further shaped by Kushner’s interest in women’s lives. Fiction permits Kushner to center experiences and forms of labor—sex work, childcare, the processing of traumas both personal and cultural—that are still poorly acknowledged in big-h History.

Given the above, Kushner’s new and very brief novella, The Mayor of Leipzig, published by the Lower East Side gallery Karma, represents something of a departure. Or, maybe it’s a vacation. Narrated by an unnamed American female visual artist, The Mayor of Leipzig is a tale of nonevents suspended in a sort of non-time that might or might not be the Euro-American art world of the late 2000s and mid-2010s. The artist hears a lame talk by a jerky, upwardly failing male artist, a painter, in Cologne, then travels in the company of her European gallerist Birgit (“whose last name I can’t pronounce”) to Leipzig, where they meet a group of curators who are organizing an exhibition of the artist’s work. That evening, she and Birgit observe a fellow guest, the titular “mayor,” at their nondescript business hotel engaging in some lewd activity in his room, lights blazing and blinds open. The artist wakes up later on with the discomforting sense that a “malevolent presence” has entered her own quarters. Subsequently, the artist—of whom we know (1) that she is married, (2) that she is in the process of dropping her “Lacanian” psychoanalyst, (3) that she is successful enough to have rated an Artforum “Top Ten,” and (4) that she has a sister who may be jealous of her success—goes back to the US. Here, without fanfare, this tale of a working holiday ends.

It’s an odd little jaunt, complicated by the fact that it also seems to be functioning as a theory of fiction. The theory shows up in much the same way as that incorporeal intruder who bothers the female American artist during the night at the Leipzig hotel: it’s nameless and the reader is left unsure as to its purpose. In a short vignette, the narrating artist explains how the art of painting and, by analogy, the art of fiction function. Édouard Manet famously painted a barmaid and probable “part-time whore” at a famous dancehall (his A Bar at the Folies-Bergère, 1882), yet his canvas is not a portrait. It reveals neither a real barmaid nor the (real) model who posed as a barmaid. Instead, what we see is “an image,” into which, as the artist maintains, Manet himself does not have “specialized insight.”

Analogously, “Authors, just like painters, don’t have full information.” Kushner’s artist—herself a kind of image, if a discursive rather than a painterly one—is no more optimistic where she herself is concerned, adding in a metafictional aside: “Rachel Kushner probably understands less about me than you will, after you read this.” We’re later informed, in a mildly gratuitous, likely fictional moment of revelation I’m still scratching my head at a little, that The Mayor of Leipzig is a story, the artist claims to know, that Kushner was originally working on as a Christmas commission for the Financial Times. The FT editor in question made the fatal mistake of reminding Kushner over email that her story should partake of a fun holiday mood and not contain four-letter words, to which, Kushner, livid, allegedly replied that perhaps she would “write a story called ‘A Christmas Carol,’ which would be about a woman named Carol, a plus-sized escort who smokes bath salts” and takes cocaine through her anus.

Not impossible, of course, to read this detour as a sort of self-conscious nod toward Kushner’s usually nuanced depiction of sex workers in her novels. There’s anger here and a reminder that the brain that dreams up considered depictions of the depths and heights of human experience can also propose cruder scenarios that nobody in their right mind would like. I’m not sure what all this means—what that jerky lecturing artist or the other, grosser hotel guest in Leipzig have to do with the female American artist’s ongoing attempts to come to grips with childhood trauma, or how they relate to her efforts to remain interested in an art world that seems boring in the extreme. Certainly there’s a contrast: women who display themselves are images, cyphers, or risible caricatures. Men, on the other hand, seem only to gain power through their ostentation, even in failure or loucheness. I guess I wouldn’t take this as a universal rule, but of course the history of art is littered with supporting examples.

If this was a little disappointing as an animus for the tale, I did still enjoy what feels like a purposive and quite precise failure in this slim volume, a pratfall I’ll be replaying in my own mind for some time to come. “Who gets to not have to try?” an audience member asks the annoying male artist after his ridiculous talk. With her acerbic book, Kushner seems to reply: this time, me.

Lucy Ives is the author of the novels Impossible Views of the World and Loudermilk: Or, The Real Poet; Or, The Origin of the World, as well as editor of The Saddest Thing Is That I Have Had to Use Words: A Madeline Gins Reader. Her first short-story collection, Cosmogony, is forthcoming in March 2021.