In a thoughtful new documentary, a portrayal of the complexities of Frenchness in lives along a Parisian commuter-rail line. 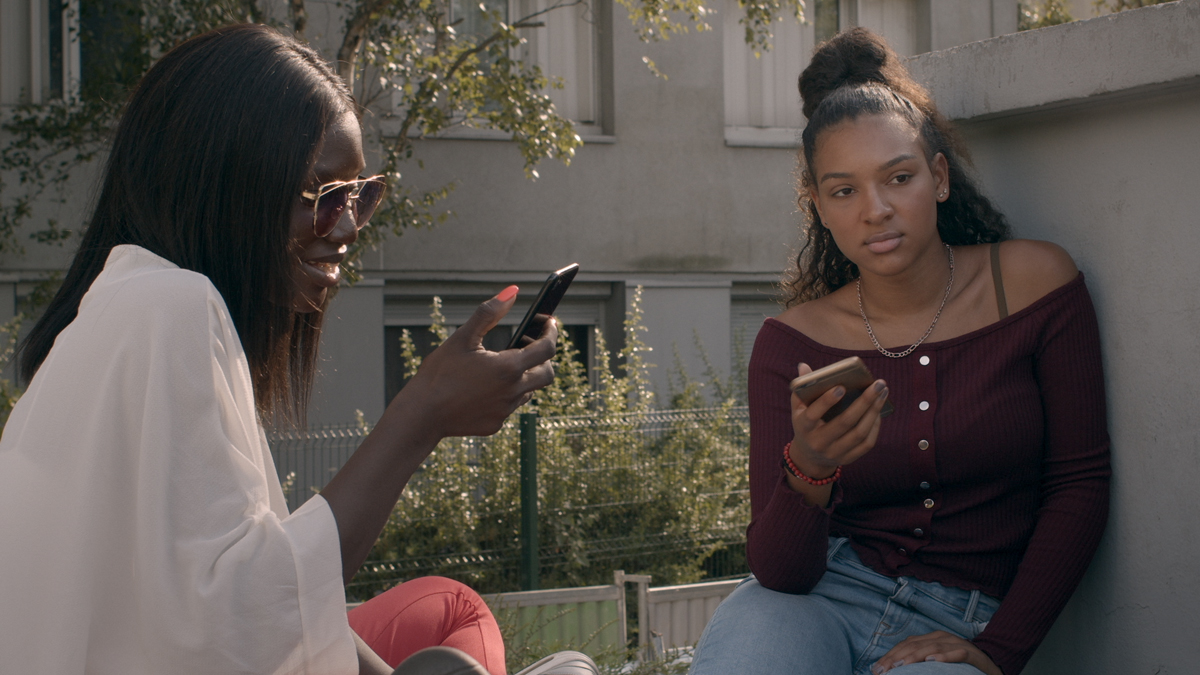 No pronoun can divide as sharply, as treacherously, as the first-person plural. Who is included in we—and who is excluded, relegated to they? The question animates Alice Diop’s agile, perceptive documentary We (Nous), a film that explores what it means to be French by alighting on various stops along the RER B, a commuter-rail line that traverses the heart of Paris and its banlieues, home to a large share of the capital’s Black and immigrant communities. 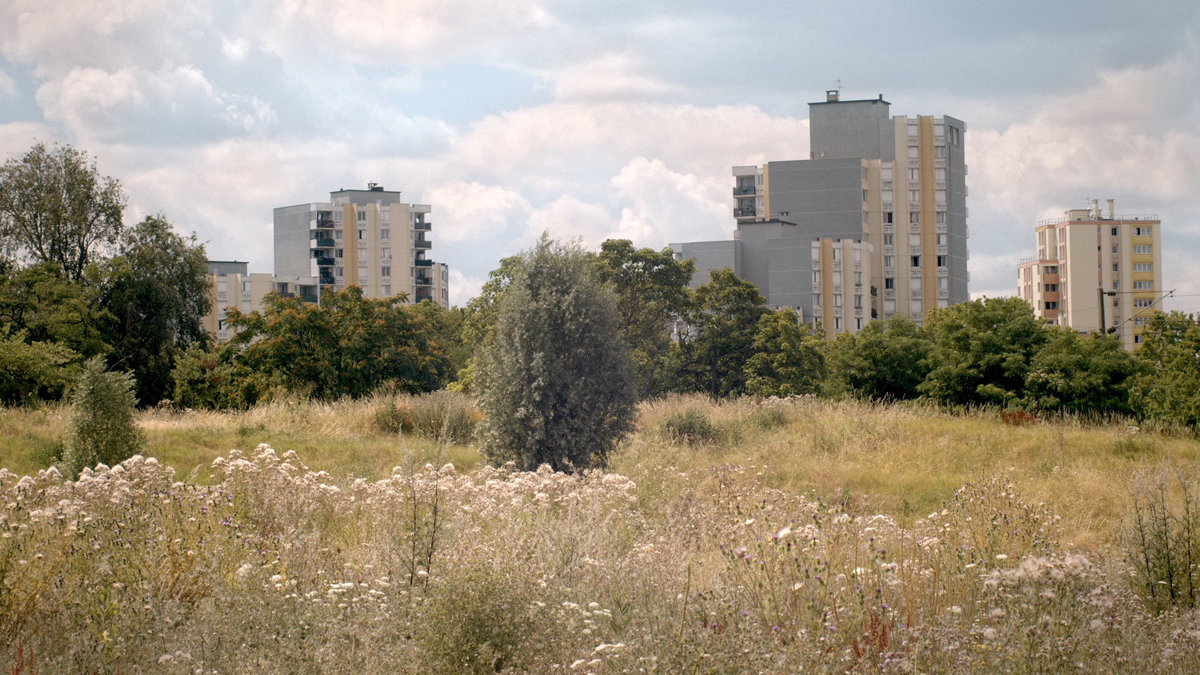 The daughter of Senegalese parents who arrived in France in the 1960s, Diop was born in 1979 in Aulnay-sous-Bois, one of the towns serviced by the RER B. We includes the story of her “I.” Diop provides the ruminative narration: “I start thinking of all the things that weren’t filmed,” she says after a snippet of home video plays, showing the Diops about to enjoy Christmas dinner in 1995. Even when not visible to us, her presence is felt. A multiracial group of young guys, hanging out on a hot day on a scrubby patch of grass outside a housing complex, joke about “the sister hiding behind the camera.” 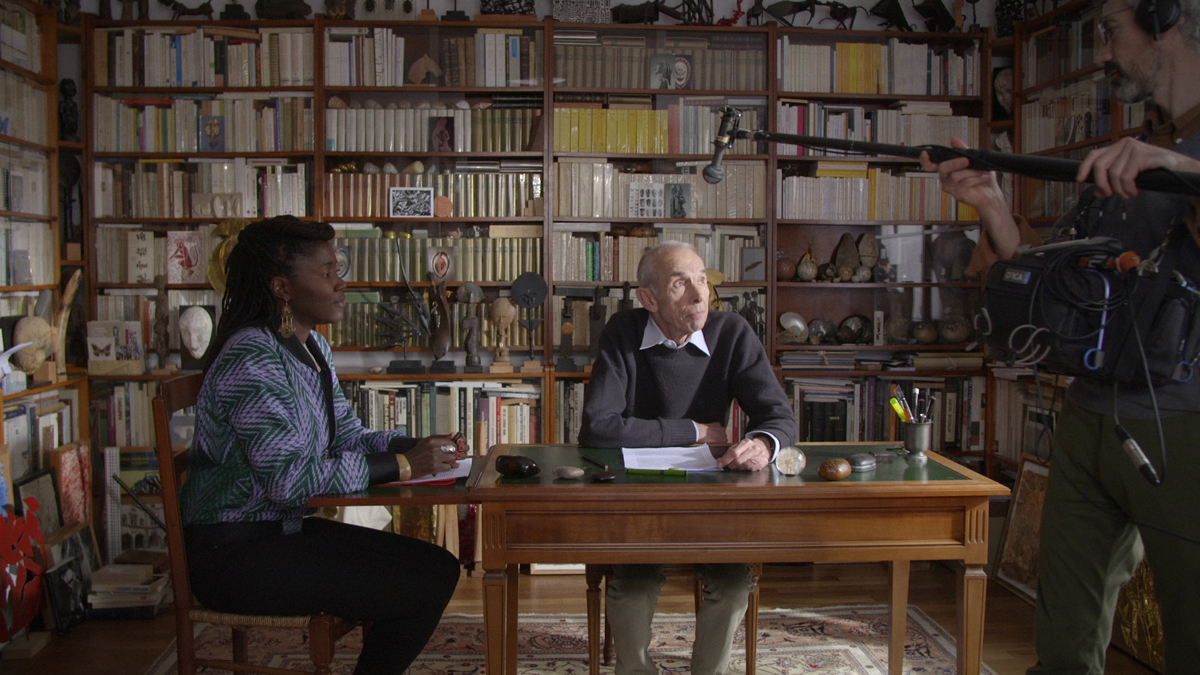 At times, though, Diop is front and center. In one segment, she converses with the writer Pierre Bergounioux at a table in his home. He is white and wizened, thirty years the filmmaker’s senior. The superficial differences between the interlocutors is dwarfed by their deeper affinity: a steadfast commitment, as Diop explains, “to conserve the existence of ordinary lives, which would have disappeared without a trace” absent their intervention. She has done that with images for the past fifteen years; he, born in an impoverished part of la France profonde, with words for the past four decades. 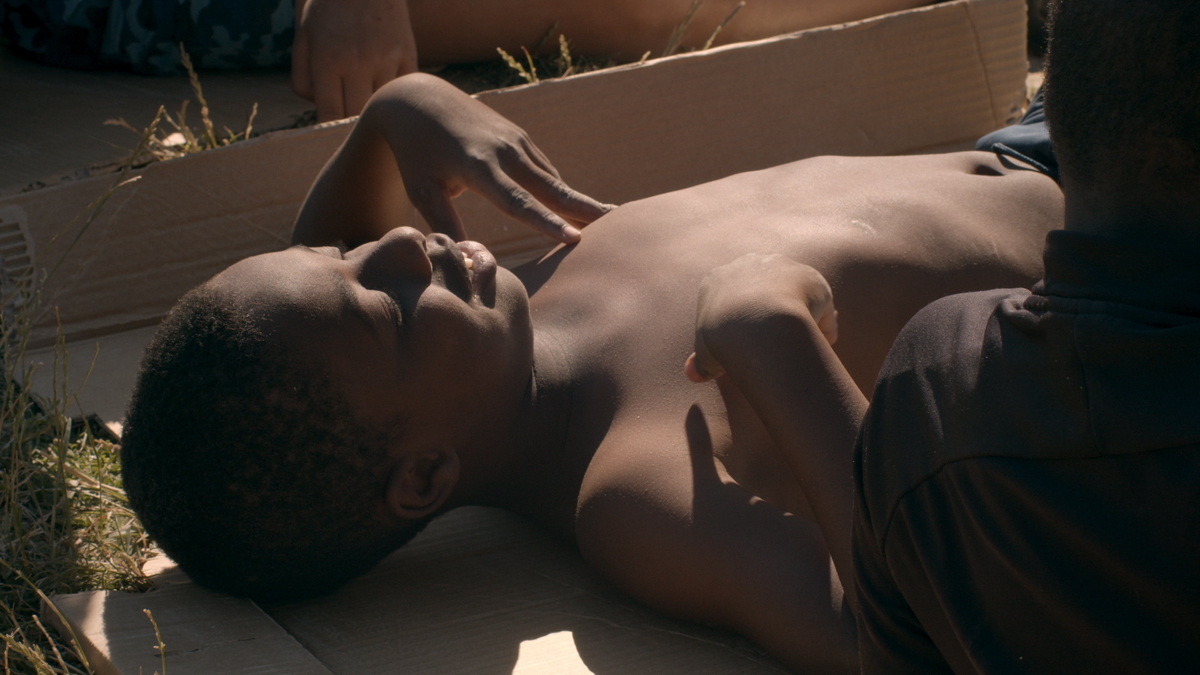 Motored by Diop’s curiosity and compassion, We recalls other superb French documentaries distinguished by an unsentimental humanism, such as Edgar Morin and Jean Rouch’s Chronicle of a Summer (1961)—the cinema verité landmark in which a wide swath of Parisians are asked “Are you happy?”—and many of Agnès Varda’s late works, beginning with The Gleaners and I (2000). Crucially, We also stands in stark contrast to narrative features about banlieue life like Mathieu Kassovitz’s La Haine (1995) and Ladj Ly’s Les Misérables (2019), both orgies of queasy, sensationalist violence. Diop foregrounds the quotidian in these towns along the periphery of Paris: three teen girls outside a housing block play Uno and squabble about a text message; a group of young boys repurpose cardboard boxes as luges. These placid moments, rich and evocative in their own way, are nowhere in evidence in those earlier bloodbaths. 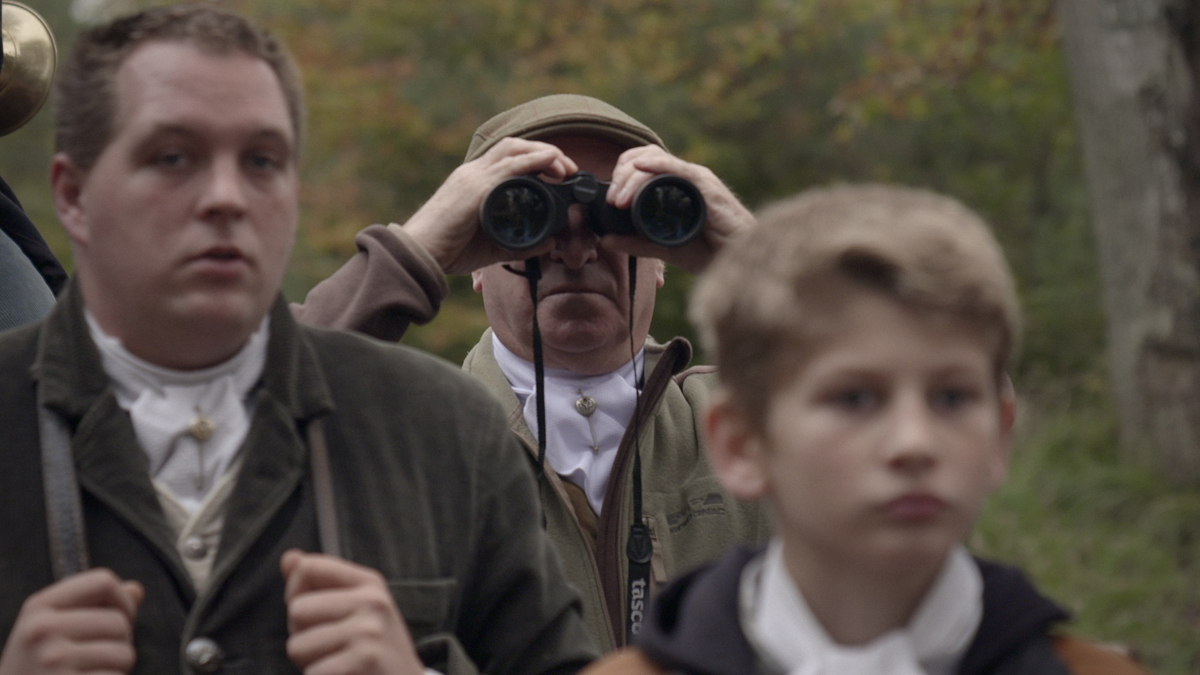 Yet Diop is ever alert to, and intrigued by, the atypical: the pageantry of centuries-old traditions, spectacles signifying an ancient, if not sclerotic, concept of “Frenchness.” A multigenerational (through many skewing well north of fifty) gaggle of hunters in Fontainebleau, all white and attired in ornate regalia—jabots, breeches—anxiously peer through binoculars at prey that may forever elude them. Worshippers at the Basilica of Saint-Denis—another exclusively white crowd, though a lone Black cleric appears—become misty-eyed at the mention of the long-dead monarchs entombed there. 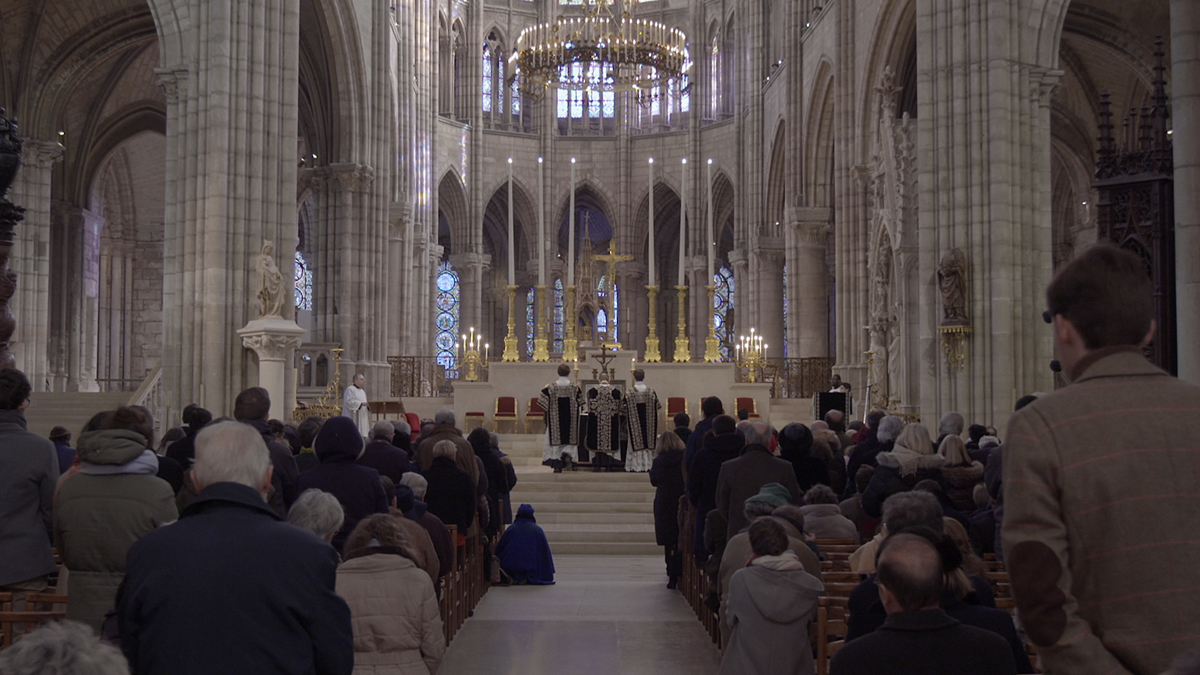 Those at the hunt and at the church represent one way of being Parisian, of being French; those who crowd the platform at the Gare Sevran Beaudottes, some in hijabs, all waiting for an inbound train during the predawn rush hour, quite another. Those commuters, in turn, may or may not think of themselves as French in a way that Ismaël, an immigrant from Mali who arrived at the turn of the millennium, does or does not. A mechanic who lives in his truck, he dispiritedly tells his mother on the phone: “They’re mean to us, when we’ve only come here to work.” The antecedent for “they” hangs there, unspecified, yet all too clear. With a light, deft approach, Diop lays bare France’s gruesome, maddening postcolonial history simply by being a patient observer. 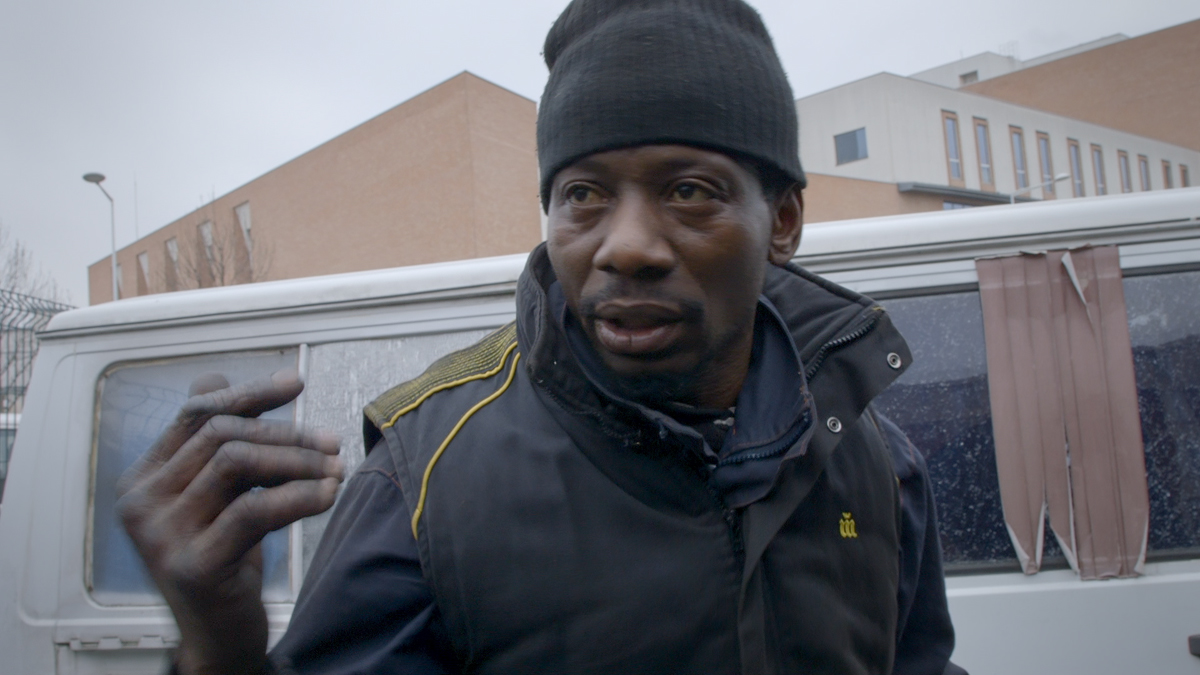 This is not to suggest, though, that We seeks to perpetuate simplistic schisms; the film abounds with low-key moments of unexpected consonance. In one interstitial segment, a Black man affixes four French flags to a lamppost. Those twentysomething men mentioned above who address Diop behind the camera later delight to and parse the lyrics of Édith Piaf’s “La foule,” punctuating that 1957 ode to the crowd with a cry of “Shout-out to Paris!”

Actively listening, assessing, and diagnosing appear to be qualities that run in the Diop family. A long stretch of We follows the filmmaker’s sister N’deye, a home health aide brandishing innumerable keys, as she visits her elderly, mostly white clients in their modest single-story houses on quiet streets. N’deye’s concerns aren’t limited to just the basics: pill regimens, doctor’s appointments, meal plans. Like her documentarian sibling, N’deye shows avid interest, her full attention devoted to the anecdotes of her charges—as when a snowy-haired, toothless woman, likely born several years before the start of World War II, regales her with the saga of how she met her husband. 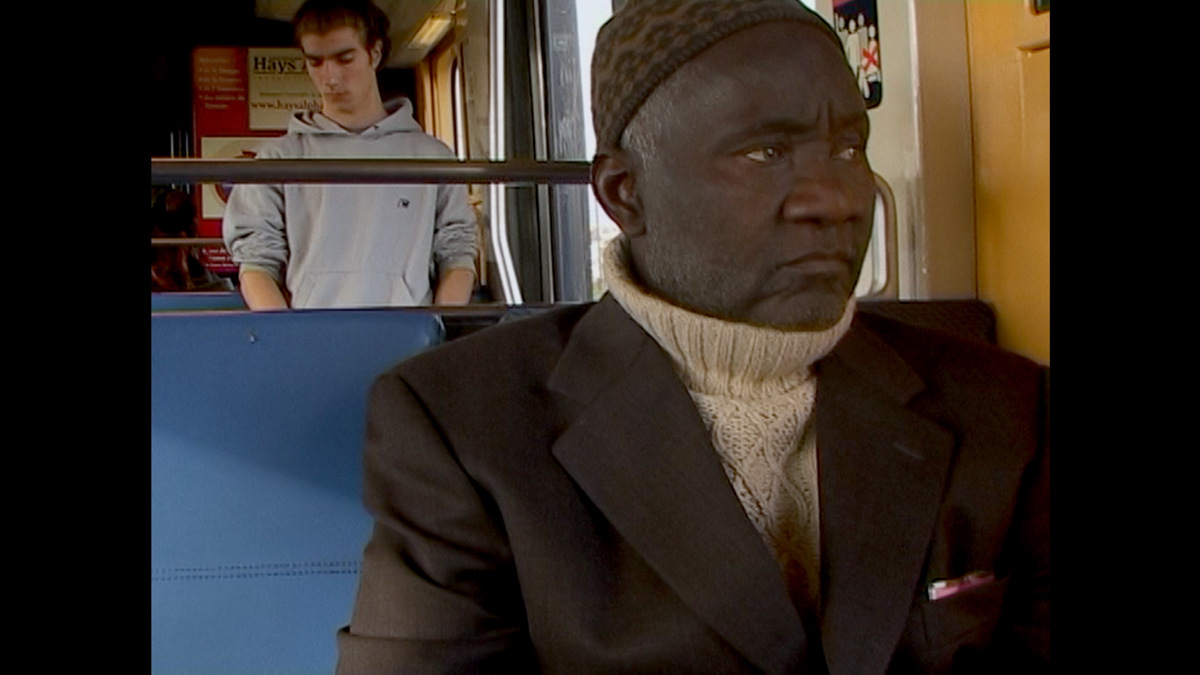 Diop’s film—clear-eyed but not cynical, hopeful but not mawkish—put me in mind of this 1935 quote from W. E. B. Du Bois, citizen of another country with an abominable legacy: “Nations reel and stagger on their way; they make hideous mistakes; they commit frightful wrongs; they do great and beautiful things.” Speaking about We, Diop made a remark that uncannily echoes the cadence and syntax of the American sociologist and civil rights activist’s words: “The worlds collide, they crash into one another, and it’s uncomfortable, but, in colliding, they accumulate, they become connected to one another, and they become extensions of one another.” Banlieues, basilicas, hunters, health-care workers: all discrete entities, all contiguously linked.