Literature
The World Goes On

And so do the sentences, in László Krasznahorkai’s brilliant,
period-free prose. 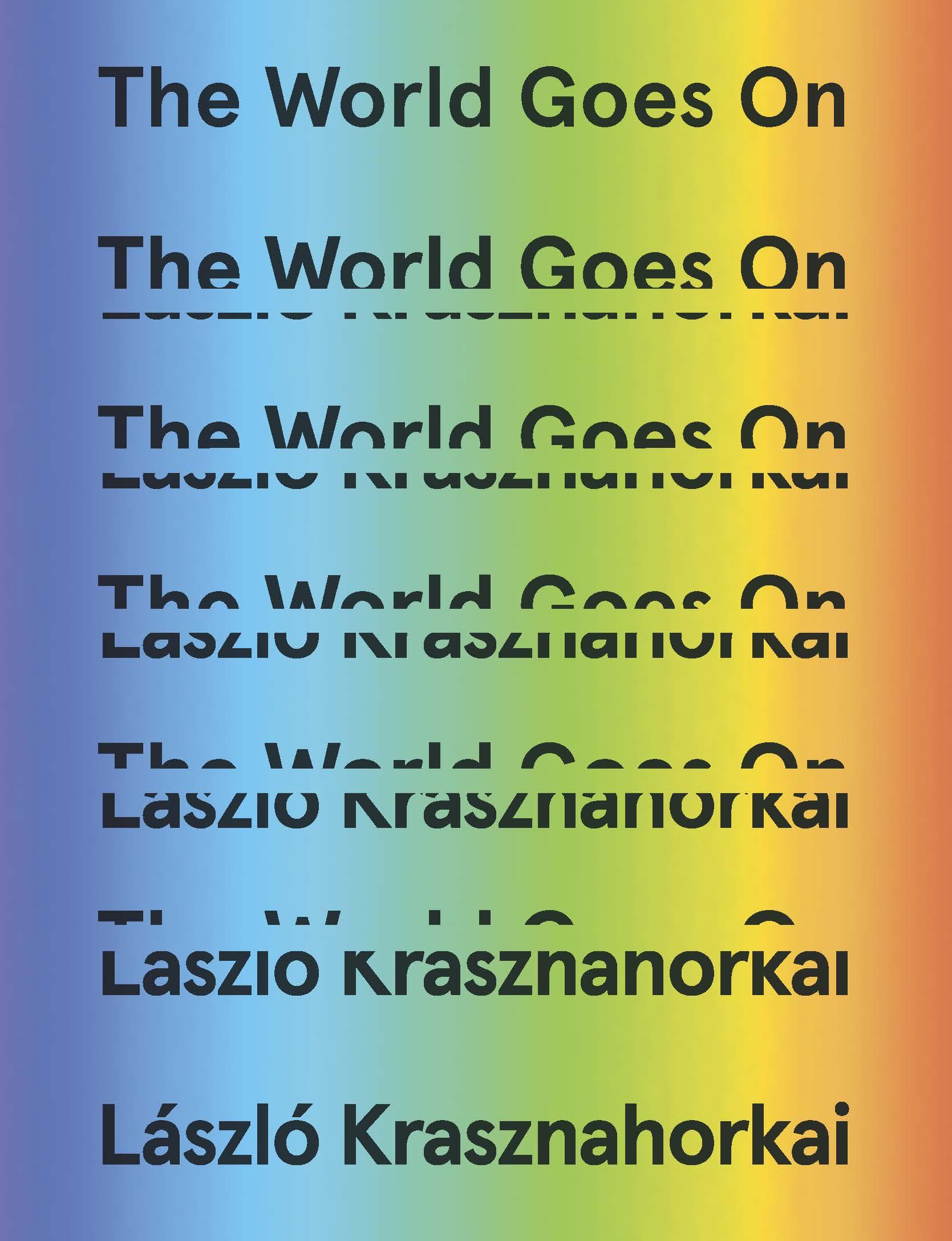 When the Russian cosmonaut Yuri Gagarin became the first person to go to space in April 1961, he reportedly said the following words to his ground control as he looked out his capsule’s small window: “I see Earth. It is so beautiful.” Less than seven years later, he died in a plane crash on a routine flight near Moscow.

In “That Gagarin,” one of many richly suggestive pieces in The World Goes On, the Hungarian writer László Krasznahorkai invokes the moment more than once as he deftly combines a reflection on the meaning of the cosmonaut’s words with an exploration of how a story like Gagarin’s attracts the conspiracy-minded. His narrator, a cagey double of the author himself, is an asylum patient who obsesses over why Gagarin started to drink heavily and why the Soviet authorities kept him away from his adoring public. What’s perhaps most astonishing, however, is that the thirty-seven-page story is composed as a single sentence.

In fact, seven of the twenty pieces (and a coda) in The World Goes On are single-sentence works, accounting for nearly two hundred of the book’s three hundred and eleven pages. The sixty-three-year-old winner of the 2015 Man Booker International Prize is on record arguing that the short sentence and the paragraph break are artificial constraints. His 1985 novel, Satantango, set in a bleak communist-era town in his native Hungary, uses chapters but not paragraphs, and he has been whittling his way toward a period-free prose ever since. His 2016 novella, The Last Wolf, is an eighty-page-long sentence about an academic hired to write the story of the last wolf living in a barren region of Spain.

Krasznahorkai’s style invites comparisons to writers like the French Oulipian Georges Perec, whose The Art and Craft of Approaching Your Head of Department to Submit a Request for a Raise was a single-sentence novella. However, Perec’s experiment was a one-off; Krasznahorkai’s sentences are rooted in his conviction that prose should model itself more on how the mind actually works—that is, as an ongoing flow that restates, returns, repeats, jumps from memory to memory, and from present to past to future and back again. Of course, Marcel Proust also comes to mind. The Hungarian writer clearly shares his tendency to move between events and memories, past and present, in long, looping sentences. But Proust never denies his readers a stable fictional world to retreat to in case they lose the thread of the writing and need to regroup. Krasznahorkai’s epic sentences, by contrast, often pointedly shake, if never entirely destroy, this stable fictional foundation. And they offer few places where a reader can pause to digest what they have read. This is literature as endurance trial.

In some ways, The World Goes On is an ideal introduction to Krasznahorkai. It includes a mix of longer and shorter pieces that present a collective picture of his artistic and intellectual aims. It is also usefully divided into two main sections, “Speaks” and “Narrates,” which separate the more essayistic “nonfiction” from the more character-driven “fiction,” if only to help us see how the first-person narrative mode here programmatically blurs the difference between the two.

The more essayistic pieces, where the narrator’s voice seems to be Krasznahorkai himself, recall the work of his go-to modern masters, Kafka and Beckett. They seem content to call forth an alternate universe much like our own, or spin a conceit or even just a phrase into a vertiginous edifice that threatens, at times, to collapse under the weight of its own paradoxes. “One Hundred People All Told,” for instance, plays with the proposition that over a period of two thousand five hundred years—“approximately one hundred generations,” and, consequently, a chain of “only a hundred people”—we have lost touch with the original inspiration and meaning of Western culture. But he is clearly poking fun at himself, because in its construction the piece is actually calling into question the idea that something as heterogeneous as “Western culture” can be said to have an origin. Only five pages long and composed of three sentences that are versions of one another, the text mocks the notion of originality and embraces the idea that culture operates through imitation and repetition.

This sly and elegant self-undermining recurs throughout The World Goes On in different shapes, and tends to shade into allegory. The title piece, for example, is a four-page-long sentence that unfolds the premise that the 9/11 attacks mark the end of one historical era and the beginning of another that requires its own “new language.” But it also attempts to embody this new language in a cascade of words that mimic the falling of the World Trade Center towers. The move echoes early modernist faith in formal innovation as the vehicle of historical development, an idea that is all but extinct today among Anglo-American fiction writers.

In “Nine Dragon Crossing,” the analogy between the prose style and subject matter is initially less obvious, but soon brings into relief an idea that quietly runs through the volume: namely, that literary language should contest rather than reflect today’s digital order. Told by a simultaneous translator who visits Shanghai’s Nine Dragon Crossing, a famous intersection of elevated roads that has come to epitomize modern China’s disregard for its past, the story suggests that the site demonstrates a totalitarian embrace of technocracy. Ultimately, the Shanghai intersection comes into relief as an emblem of both twenty-first century technocracy and the author’s dense prose. The latter, however, sets itself against the optimized, smooth flow of people, information, and capital that the new Shanghai—and the job of simultaneous translator—represents.

It’s a high-culture gauntlet thrown down in the face of the creeping notion—and anxiety—that literature should model itself on information. Krasznahorkai’s vast sentences resist summation. Their obtuse materiality makes it impossible to treat them as indifferent carriers of a message. Carefully hewn, they blur the line between poetry and prose, infusing the latter with the intensity and aesthetic power of the former. This certainly tests one’s patience—not to mention our social media-truncated attention spans. But the combination of their technical brilliance and ironic intelligence is disarming. Our overly market-driven literary scene often flatters its audiences rather than asking them to think. Krasznahorkai makes a compelling case for literature that demands effort. Prose needn’t always go down like water. Sometimes, a good stiff drink is in order.

Saul Anton has written for Artforum, frieze, Afterall, and many other publications. He is formerly senior editor of BOMB, and teaches at the Pratt Institute. He is the author of Lee Friedlander’s Little Screens (2015) and Warhol’s Dream (2007).