Nonfiction
The Trials of Walter Ogrod

The case of a child’s murder reveals the justice system’s dysfunctions. 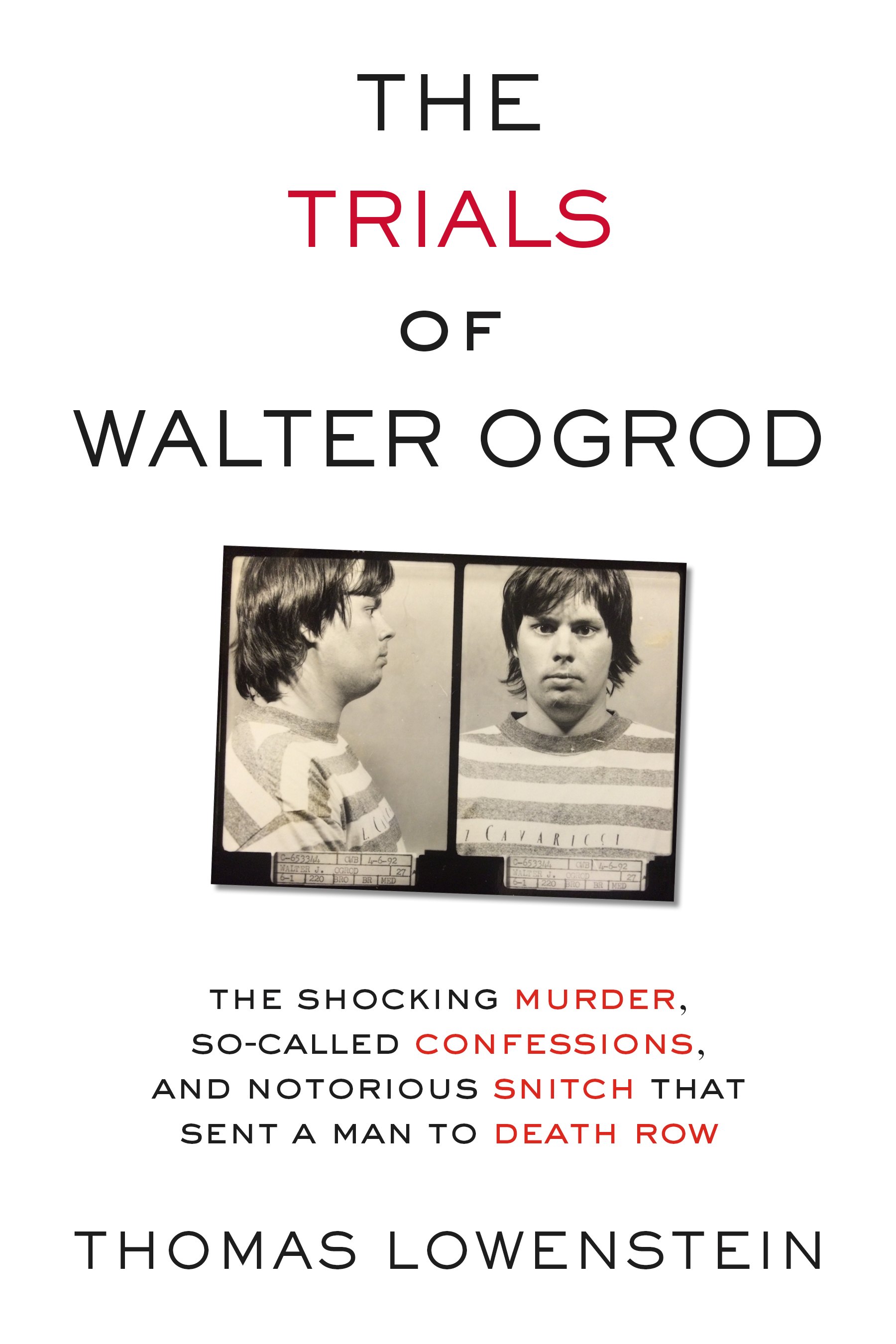 “People tell you things when they’re ready,” writes Thomas Lowenstein in The Trials of Walter Ogrod. “Police and DAs have legal means to pressure people to talk, and police can even lie to make it happen. Journalists have to wait.”

Lowenstein’s rewarding and provocative book begins with the July 12, 1988, murder of four-year-old Barbara Jean Horn. She lived with her parents in what I am tempted to call a “working-class neighborhood” in North Philadelphia. But that is unfair to the working class. It is, at any rate, insufficient to describe the level of dysfunction and harshness in the day-to-day lives of those who lived in Barbara Jean’s immediate vicinity.

Her father, John Fahy, a scrawny ex-marine with a pale, boyish face, is on the benign end of the Harsh Spectrum: a heavy drinker who uses crank—cheap speed—to give him the strength to keep drinking. He is, to put it in the best possible light, a stay-at-home dad. The family is supported by her mother, Sharon Fahy, an early riser with a steady job. Barbara Jean was their only child.

Across the street from the Fahys, and at the other end of the Harsh Spectrum, is a family led by a biker nicknamed Sarge, a malevolent bully who has turned the house into a kind of drug den/drug market. He pays no rent and has no legal claim to being in it. The person who by rights should be in charge is a twenty-three-year-old “mental deficient” named Walter Ogrod, competent enough to hold a job delivering for a bakery, but incapable of complicated thought and devoid of most social skills. Sarge has frightened Ogrod into submission, whereby Ogrod gets the use of his bedroom and must tolerate the mayhem otherwise unfolding under his roof.

Soon we are beyond the Harsh Spectrum. On July 12, a man lured Barbara Jean into an alley, bludgeoned her to death, and put her body in a garbage bag and then into a television box that he then carried through the neighborhood, looking for a place to dispose of it. Several witnesses gave the police a description of “the box guy.” A composite sketch was made and publicized.

Despite the sketch, there were no arrests. The case went cold for four years, a blemish and an embarrassment for the DA and the police. Then a couple of new detectives came on board—two hotshots from the city’s Special Investigations Unit, Marty Devlin and Paul Worrell. Devlin was an especially high-profile figure, thought to be a genius at extracting confessions.

The two detectives re-interviewed everyone on the block, including Barbara Jean’s parents. They eventually focused their attention on the mental deficient living in the basement of the problem house across the street. At the time of his interrogation, Ogrod had just worked a double shift and had not slept in thirty hours. He arrived at the precinct in the early afternoon. Devlin and Worrell kept him waiting on a bench before they brought him in. Then they kept him in the room all night. Sixteen hours later, at dawn, they had a signed confession. The book goes into detail about the Reid technique and other methods of extracting confessions, or coercing them, depending on your point of view.

Lowenstein has a knack for cliffhanging twists at the end of each chapter, and he is especially good at introducing new players in the drama as it unfolds. Take John Hall, a Mephistophelian pill addict and small-time hood whose great talent was as a jailhouse snitch—someone who specializes in gaining the trust of fellow inmates and then bartering incriminating information for their own freedom. He is put in a cell with Ogrod, and emerges sometime later with another confession.

One of Lowenstein’s many reporting coups comes when he approaches Hall’s wife years after the case, when Hall was back in jail. She at first stonewalls Lowenstein, but then calls back to say she has information that might be of interest—it turns out to be her entire correspondence with her husband, including his correspondence and collusion with various district attorneys.

“It is hard for me to know what’s right always,” Hall writes her from jail in 1994. “For so long I’ve lived in a brutal environment where power and prowess is so necessary for survival. . . . I prevail because of my manipulative skills. If I were to apply them in business (a la Donald Trump), I would be hailed as a legend and hero. . . . There is little doubt that I will stop at nothing to get what I want.”

Journalists have to wait, but they are sometimes rewarded for doing so.

Ogrod was tried twice for the murder of Barbara Jean. No evidence tied him to the murder other than the confession. The jury in the first trial, in 1993, came back with a not-guilty verdict, but then one of the jurors shouted “No!” just after the judge asked if the verdict was unanimous. There was a mistrial.

I was intrigued by the suddenly dissenting juror, Alfred Szewczak, a “sixty-one-year-old former marine and firefighter with a spiky gray crewcut . . . [whose] son had been shot in a bar a few years earlier and survived to testify against his assailant, who’d been acquitted anyway based on some technicality.” Szewczak had told a fellow juror that he “had vowed if he ever got on a jury he would not let the defendant go free.”

Three years later, a second trial featured testimony from the snitch that contradicted the details of the confession. The jury took ninety minutes to come back with a guilty verdict. It took another ninety minutes to agree to sentence Ogrod to death.

Lowenstein started writing about the case in 2001. His original idea was to “portray a death penalty case from all perspectives—the victim’s family, the defendant, his family, the lawyers on both sides, the detectives.”

In time, most of these figures did speak to him. In several instances one could almost say they confessed. The book is a kind of panopticon, and I felt a sense of power in being able to observe so many of the protagonists and their motives, including the prosecuting district attorneys. But it ends with Ogrod on death row, and the DA refusing to consider the DNA evidence that might exonerate him.

Beneath the tension of the unfolding events, there is another tension that involves Lowenstein himself, who writes in a short introduction that his father was shot and killed by a man who was later set free on the grounds of criminal insanity. That the child of such a tragedy would devote himself to telling the story of Walter Ogrod, falsely accused, railroaded by the system for the sake of politically expedient revenge, seems both counterintuitive and wonderful. The next time someone says a conservative is a liberal who has been mugged, you can hand them this book.