The power biographer: Robert Caro takes us behind the scenes of his LBJ and Robert Moses books. 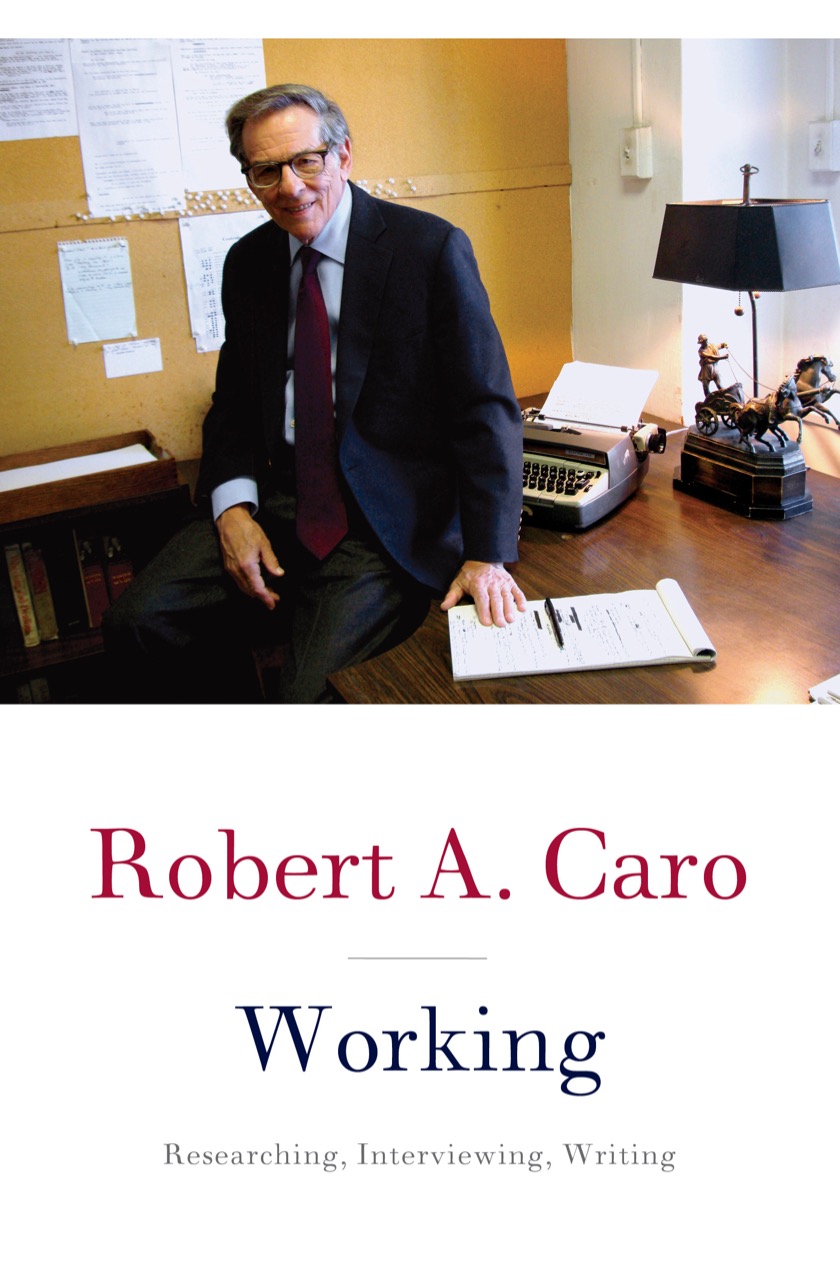 The famous literary critic Irving Howe once wrote that such was the intensity of his engagement with literature as a young man that, while “reading American farm novels by Hamlin Garland, Ruth Suckow, and Willa Cather . . . in our airless Bronx apartment I suffered anxiously, waiting for the rains that alone could spare the crops and save the farms.”

It’s a remark I think of now and then when considering my relationship to the work of Robert Caro. Over the course of five books—one about Robert Moses and four, so far, about Lyndon Johnson—Caro has provided me with a series of indelible images that exist as part of my inner landscape, the way that things encountered in art and literature sometimes do, as though they were part of your personal history, which in a way they are.

For example, there is the Hill Country of Texas, and one gully on the Johnson Ranch in particular. This landscape and its people are fundamental to Caro’s understanding of Johnson’s world, in general, and his father, Sam, in particular. In The Path to Power, Caro writes about Sam planting cotton in the gully:

And then the first spring rainstorm of 1920 was a “gully-washer”; a flash flood roared down the gully and swept the soil away. Sam needed that gully, needed the cotton that could be grown in it, and by now he knew he needed it badly. He filled it up again, again planted cotton seeds in it. If only the next few rains could be gentle . . . But before the seeds could sprout, there was another gully-washer; seeds and soil were washed away again. That gully symbolized Sam’s hopes, and what happened in it symbolized what the Hill Country did to hopes. “He planted it, and planted it,” a relative recalls. “And he never got a crop out of it. Not one.”

As a result, Lyndon grew up impoverished and committed to seeing things as they were, not as how he might have wished them.

Working is the biographer’s equivalent of liner notes. It’s made up of a series of sketches that take us behind the scenes of how he wrote his five volumes over the past half-century. For example, he describes interviewing Lyndon’s cousin Ava, who becomes so exasperated with Caro’s inability to grasp what she is saying about the Hill Country that she has to show him:

We drove out to the Johnson Ranch and you got there and that grass-covered landscape looks beautiful, and fertile. And she said, “Now, get out of the car.” I got out of the car. Ava was an old woman but a very forceful woman. She said, “Now kneel down,” and I knelt down, and she said, “Now stick your fingers into the ground.” And I stuck my fingers into the soil and I couldn’t even get them into the ground the length of my finger. There was hardly any soil on top of that rock. There was enough to grow the beautiful grass but not enough to grow cotton or graze cattle. Ava said to me, “Do you understand now? Sam didn’t really see. He didn’t want to see. It looked so beautiful.”

Ava is a stand-in for Caro here; his priority is to make his readers experience the thin soil and the masquerade of that landscape for themselves.

Caro acknowledges that Working, much of which was originally published in the New Yorker and New York Times (it ends with a reprint of his Paris Review interview), exists because both his reading audience and his publisher have grown restive; like a restaurant behind on its orders sending out an amuse-bouche to appease hungry diners, Caro is throwing us all a few bones.

Another explanation, less amusing and less veiled, is that although he has plans to write a “full-scale memoir,” there are actuarial considerations. He is eighty-three years old. So many pages, so few days left. One of the more poignant personal notes involves a reference to an “illness” a few years back, after which he had to give up his favorite scotch, Weller 107, with which he was in the habit of unwinding when he returned from a day at the office.

Caro’s “work” is comprised of interviews, research in the archives, and writing. The latter is in some ways the easiest or at least the fastest part of the process. There are times—such as when he first encounters the towering rows of boxes in the Johnson Library—when Caro seems to have set himself the task of mining a mountain on his own. But he turns on his miner’s light and descends; the results are in the body of his work.

Details of his own life abound, such as his first big break. He was working the night desk at Newsday. The paper had been investigating a corruption scandal at Idlewild Airport. Someone at the airport called late at night and said he had files. Caro couldn’t reach a senior editor or reporter, so he went to the airport himself. He was led into “a room with a conference table in the middle of it, and, on the table, high stacks of file folders. And, somehow, in a strange way, sitting there going through them, I felt at home.”

“I didn’t know someone from Princeton could do digging like this,” [Hathaway] said. “From now on, you do investigative work.”

I responded with my usual savoir faire. “But I don’t know anything about investigative reporting.”

Alan looked at me for what I remember as a very long time. “Just remember,” he said. “Turn every page. Never assume anything. Turn every goddamned page.” He turned to some other papers on his desk, and after a while I got up and left.

What I found most gratifying about Working was an insight into why I, and so many others, so enjoy, even crave, reading Caro’s books. Part of it is the pleasure in what he has discovered, reaping the fruits of his sheer doggedness as a researcher—he went with his wife and collaborator/research-assistant-for-life, Ina, not just to explore the Texas Hill Country, but to live there on and off for three years! Part of it is the epic scale of his subjects, their life and times. But a lot of it is the way that the personality of his subjects—their single-minded focus—is mirrored in Caro’s prose. Moses and Johnson had a relentless, pile-driving quality to their personalities. In Working we see them manifest in Caro himself. His style, line by line, is marked by a kind of pile-driving reiteration that is blunt and bullheaded but also, in its cadence, quite lyrical, almost modernist, in its use of repetition.

Maybe Hathaway’s gift to Caro was not just the directive but its reiteration: “Turn every page. . . . Turn every goddamned page.”

Caro is not just excavating important episodes of history in these books. With his work ethic, his determination, his disinterest in the ironic tone, his obsession with wanting “to make the reader see,” he embodies something about those times. In comparison to our age of frictionless composition and communication, Caro’s writing feels as though he is scrivening his words onto the page. He doesn’t fetishize the internet; his writing is impossible to tweet. He talks about sitting in a room with a box of papers and turning every page. To borrow the title of Irving Howe’s most famous book, he is a living monument to the world of our fathers.

Thomas Beller is the author of four books, most recently J. D. Salinger: The Escape Artist, which won the 2015 New York City Book Award for biography/memoir. His fiction has appeared in Best American Short Stories, the St. Ann’s Review, Ploughshares, and the New Yorker. A founder and editor of Open City Magazine and Books from 1990 to 2010 and the website Mrbellersneighborhood.com, he is currently an associate professor at Tulane University.