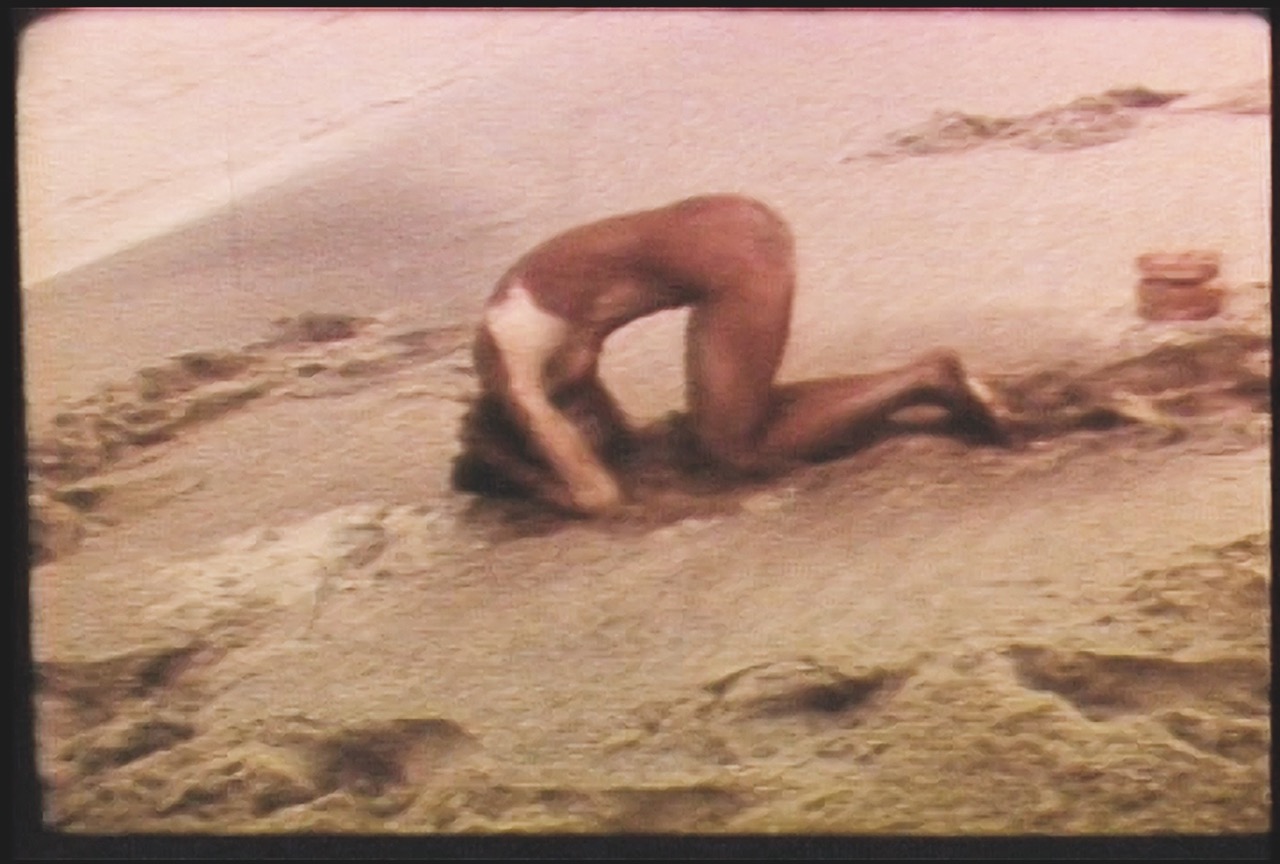 I drove to Westwood about a week after the stories first broke. The details kept coming—would keep coming: hotel rooms, bathrobes, bottles of lotion, a potted plant, the banal and bizarre accessories of sexual assault. It was the same with the news-cycle churn and the feasting on outrage and sorrow and other women’s pain, and, as the stories repeated and grew and repeated, a sense of systemic rot set in. November had just begun.

So it was a simple gift to stand in the Hammer Museum and watch Arena (Sand, 1986), a soft, grainy projection in which Mexican artist Silvia Gruner, naked, on a beach, climbs a dune, sits, rubs sand and red pigment over her body, and then somersaults all the way down. The video loops, and Gruner repeats her uphill trek again and again. Sisyphean, certainly, and yet her only burden was herself and that looked like freedom.

The animating idea of Radical Women: Latin American Art, 1960–1985, the museum’s expansive exhibition, is the politicization of the female body as explored in the experimental work of women artists from the Caribbean, Central America, Mexico, South America, and the United States. With nearly three hundred pieces in all manner of media, the show asks: How did female artists use their bodies to make art? How did their art witness and resist the state’s oppression of their bodies? How do their bodies function as sites of liberation? How does the work gathered here assert new histories and new ways of seeing?

That’s a lot of questions, but they do seem valuable at a time when the discovery of a dead woman’s body is a favorite TV trope and Margaret Atwood’s line that “Men are afraid that women will laugh at them. Women are afraid that men will kill them” is in frequent rotation. Among the many inspired aspects of Radical Women is that it doesn’t open with a corpse. 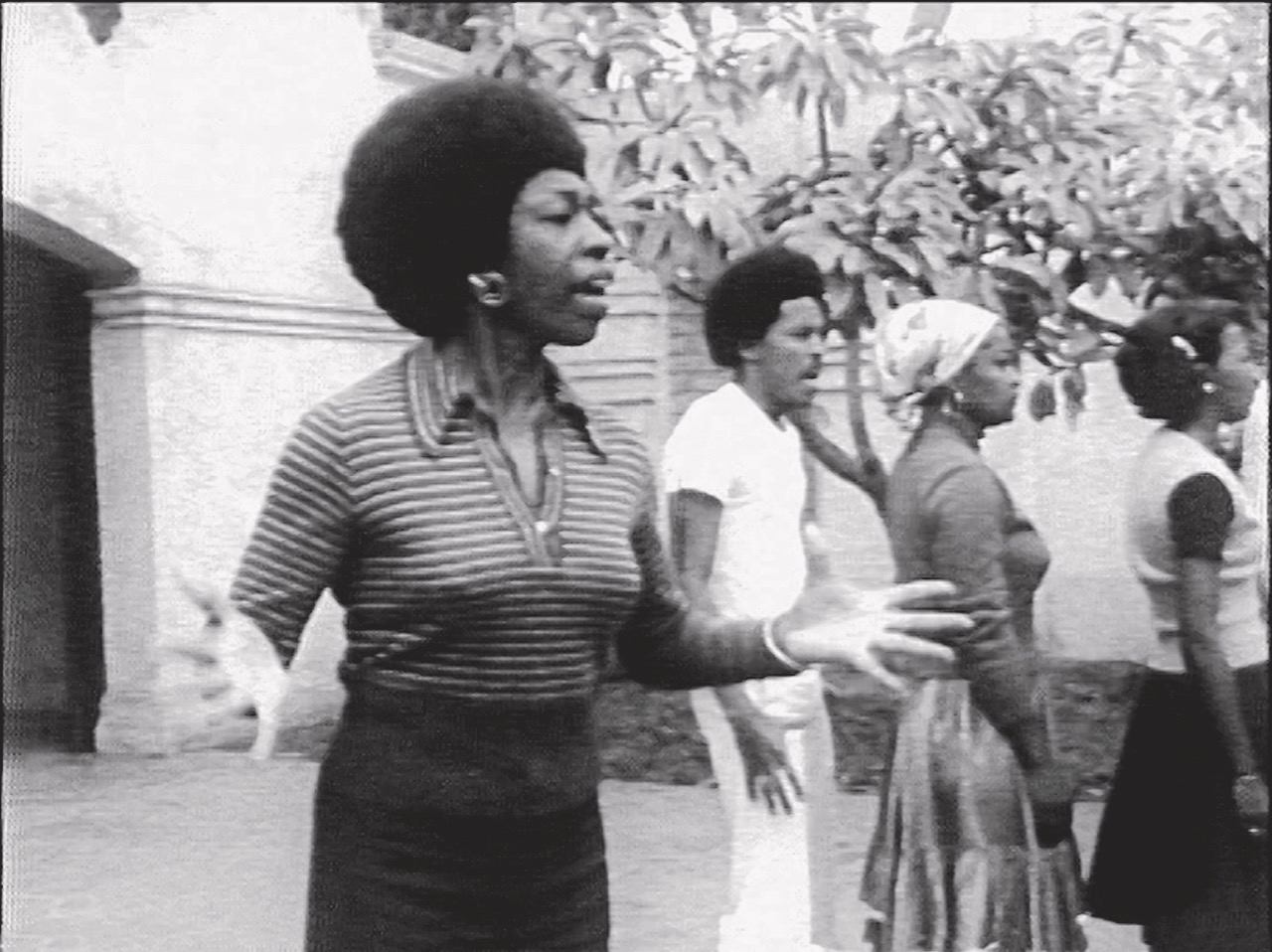 It begins, instead, with a shock of pure vitality—Victoria Santa Cruz’s urgent, emancipatory Me gritaron negra (They Shouted Black at Me, 1978), a large-scale black-and-white projection of a performance in which the artist, along with an ardent chorus, recites a poem about a childhood reckoning. With impassioned handclaps and assured dance moves, the Afro-Peruvian choreographer establishes a beat, her own history of refusing of others’ recoil, and the flash transfiguration of shame into pride. 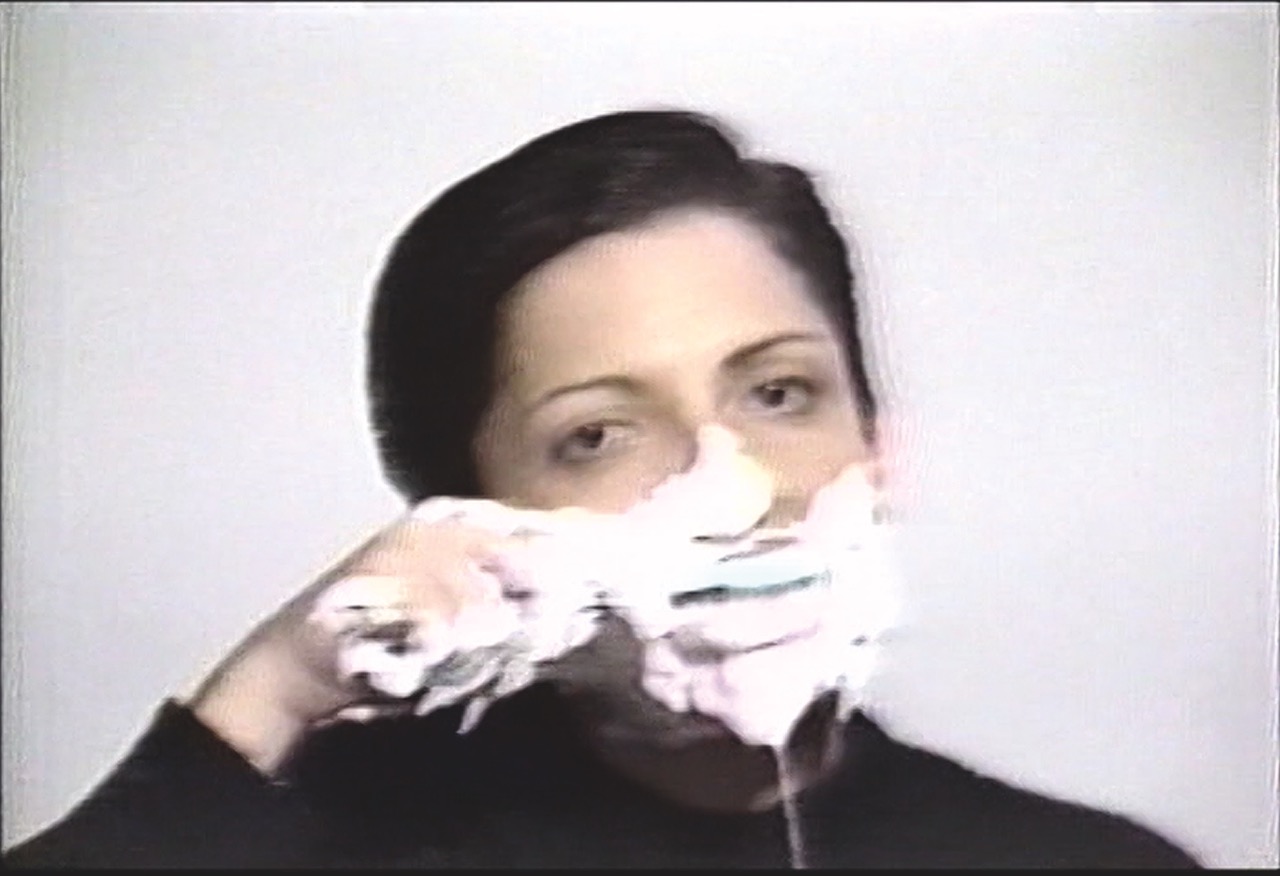 But Radical Women is hardly a blandly anthemic shout-out to female power. It’s too smart, funny, tender, and gross for that. The show, which features over one hundred and twenty women—from well-known artists like Anna Maria Maiolino and Lygia Pape to video pioneers Pola Weiss and Narcisa Hirsch to those who are only now receiving wider recognition—can be seen as a corrective to years of female erasure from canonical art history. Finger-wagging as that may sound, there is little here that comes across as dutiful or ponderous—definitely not the projection of Lenora de Barros’s Homenagem a George Segal (Homage to George Segal, 1984), in which the artist tries to brush her teeth and ends up spackling her entire head with frothy white paste. 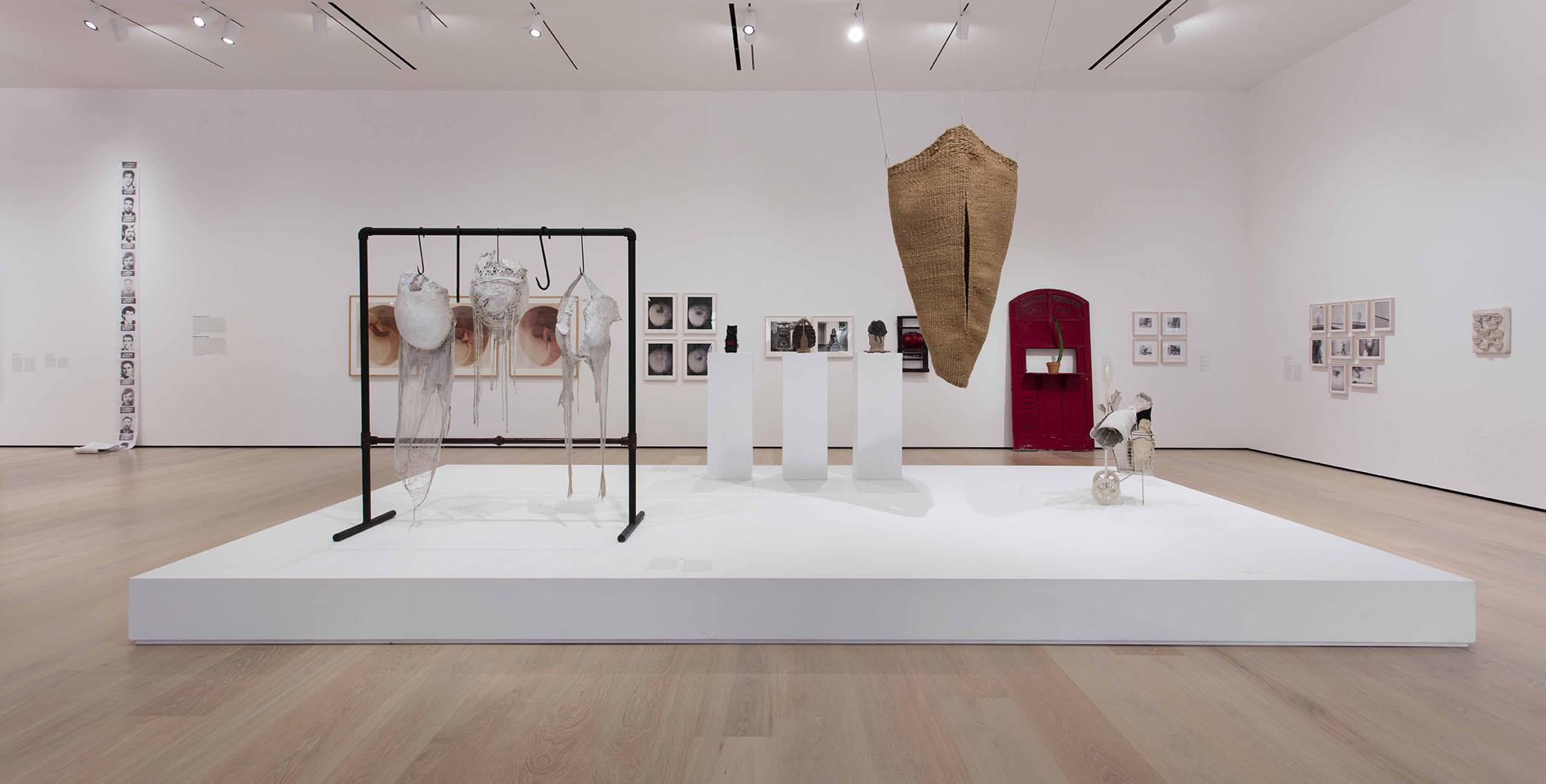 Eschewing chronology, geography, or movement, curators Cecilia Fajardo-Hill and Andrea Giunta have organized the exhibition into thematic groupings—“Body Landscape,” “Performing the Body,” “Mapping the Body,” and so on. The thread of experimentation and discovery runs through all the sections. Ana Mendieta presses a pane of glass to her body, distorting her breasts, her bush, her ass. The question is direct: What happens if I do this with my body? Or this? Or this? And the risk-taking is exhilarating, though, in some works, darker questions also loom: What can the state do to my body? What can the state do to the bodies of those I love? 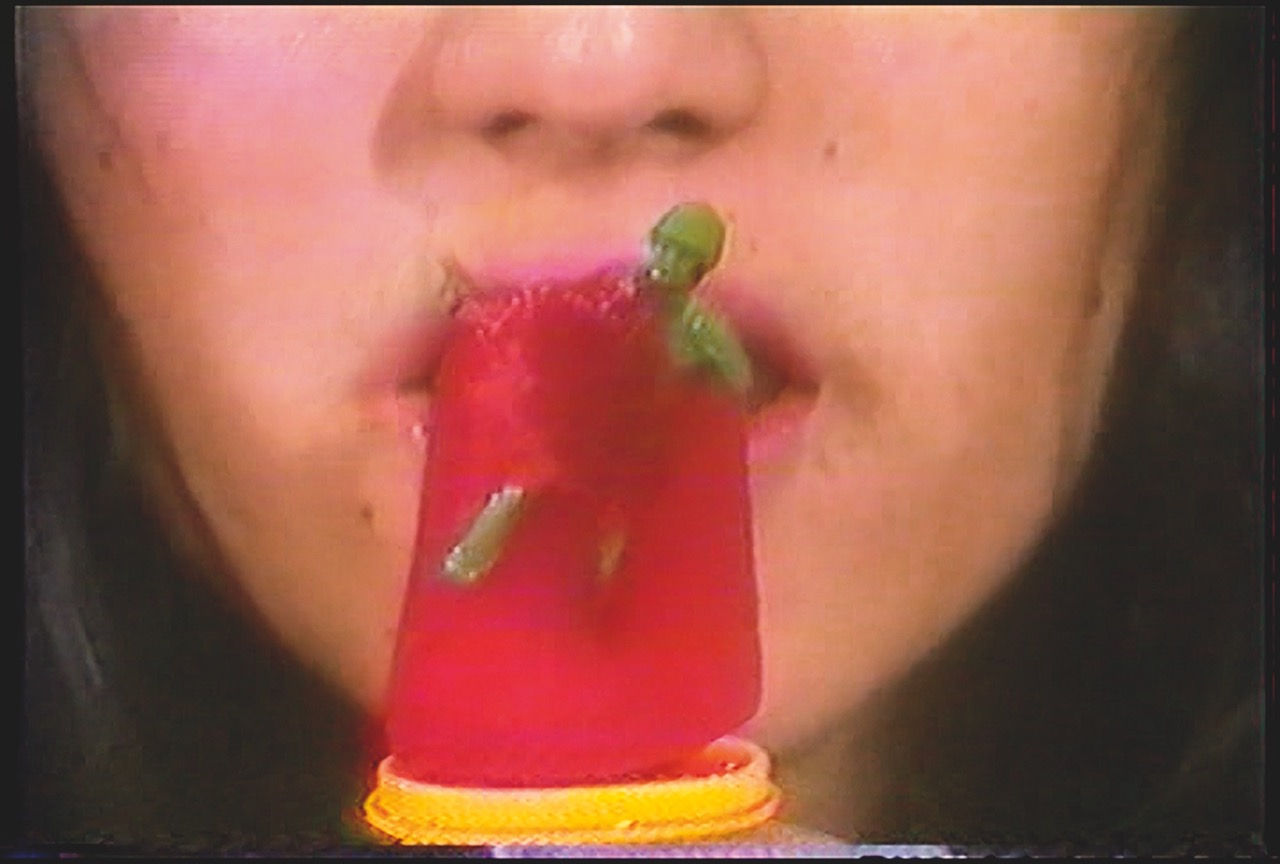 “DÓNDE ESTÁN?” (Where Are They?) appears below each black-and-white portrait on the paper scrolling down the wall in Chilean Luz Donoso’s Huincha sin fin (Endless Band, 1978), made five years after the CIA-backed coup that ousted Salvador Allende and brought Augusto Pinochet to power. It’s the first piece in the gallery titled “Resistance and Fear.” In a show dominated by video and photography, a massive beige lozenge-shaped cushion beckons. This is Carmela Gross’s Presunto (1968), the word for ham or cold cut. It’s also slang for the dead bodies left in the streets during the over twenty years that Brazil was under military dictatorship. The art in this section evokes the harrowing constancy of living with state-sponsored surveillance, torture, and murder, while sidestepping any lurid voyeuristic buzz. On a monitor, Popsicles (1982–84), a video by Gloria Camiruaga, features close-ups of girls who alternate between robotically licking hard candies with plastic toy soldiers inside and reciting the Hail Mary; the drone of the dead-eyed adolescents with their flushed cheeks and stained tongues is one of the most chilling elements of the exhibition. 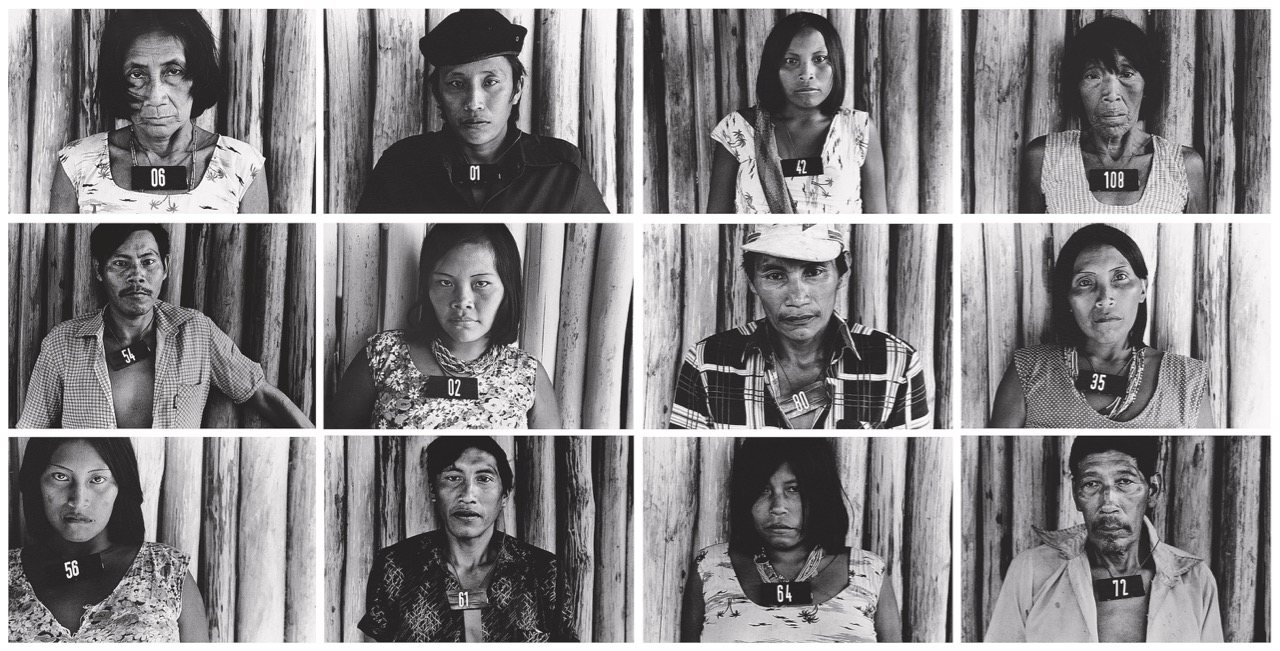 Later galleries like “Feminisms” and “Social Places” explore women’s rights activism and documentation of disenfranchised groups, including Claudia Andujar’s 1981–83 documentation of members of the indigenous Yanomami community from the Amazon; Isabel Castro’s Women under Fire (1980), about Mexican-American women who were subjected to coerced sterilization in Los Angeles; and Chilean photographer Paz Errázuriz’s La manzana de Adán (Adam’s Apple, 1982–90), depicting residents of a transvestite brothel. Deeply researched, ambitious, and immersive, Radical Women rewards repeat visits, but still, faced with so much to see, read, and absorb, particularly in these narrower spaces filled with grids of images, fatigue arrives. 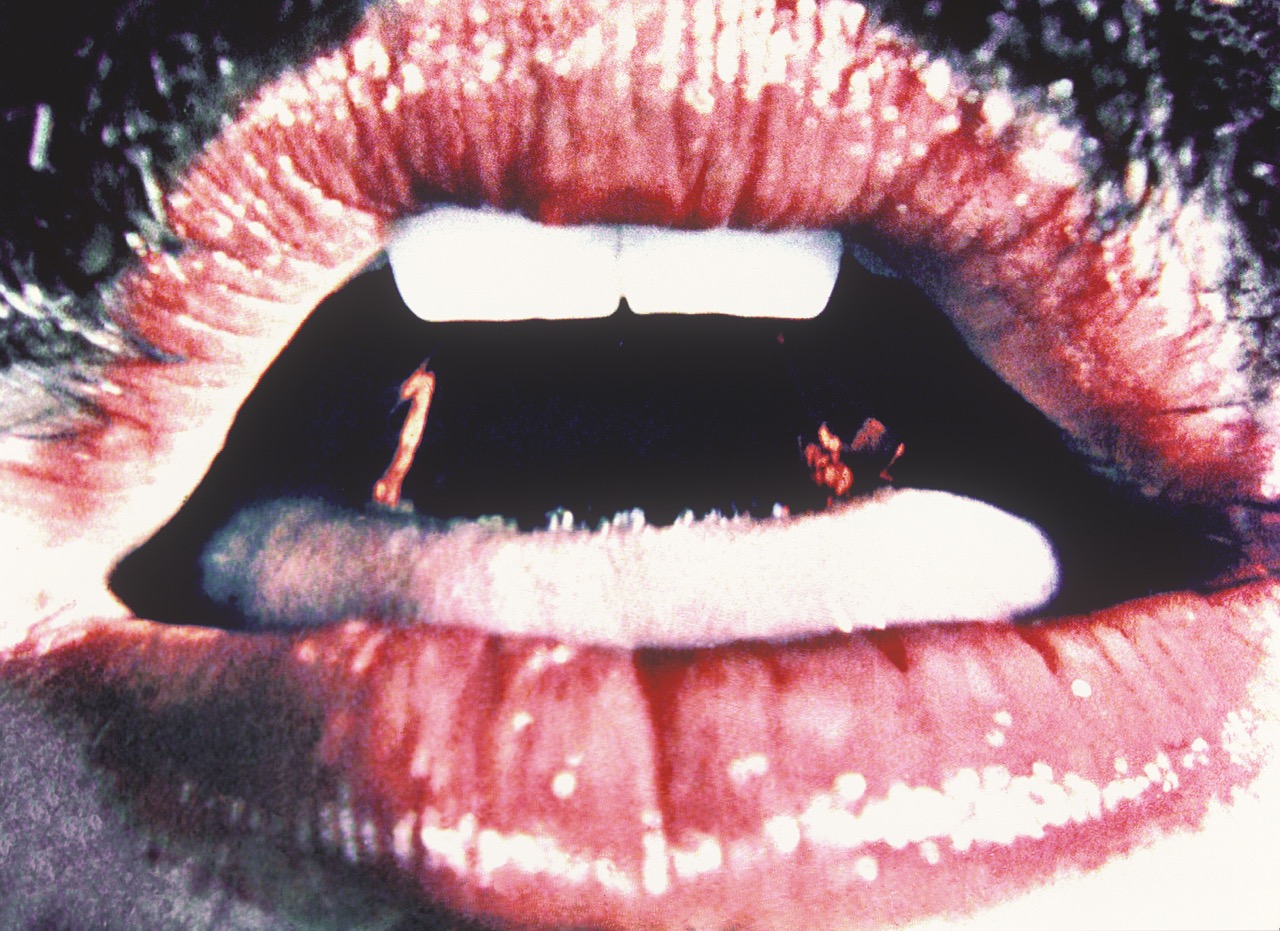 In Victoria Santa Cruz’s account of being cast out by her childhood friends for being the only black one among them—the experience that inspired her iconic poem that opens the exhibition—the artist describes not only how powerful her sense of suffering was but also her sense of discovery. “Suffering,” the artist explained, “hides the door. The secret is not to leave, but to go through it.” Radical Women shows us that door.

Liz Brown is currently at work on Twilight Man: The Strange Life and Times of Harrison Post, to be published by Viking. Her writing has appeared in Bookforum, frieze, London Review of Books, Los Angeles Times, New York Times Book Review, and elsewhere.