The kindness of audio: Audra McDonald stars in a recording of the Tennessee Williams classic. 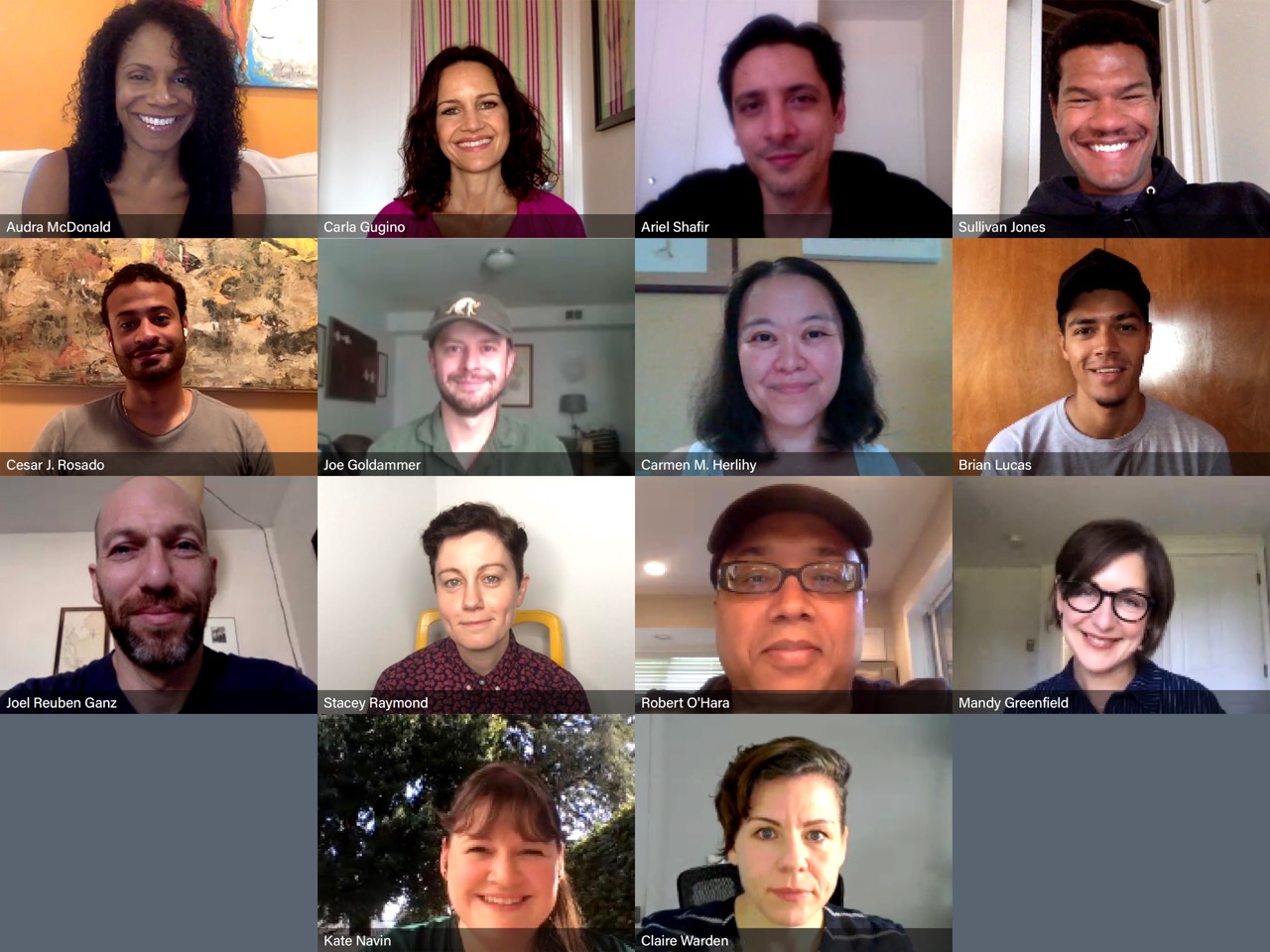 A Streetcar Named Desire, by Tennessee Williams, directed by Robert O’Hara, available to purchase at Audible.com

A few years ago I took a friend to A Streetcar Named Desire in Brooklyn directed by someone who clearly had seen too many Ivo van Hove gut renovations. (In fact, Van Hove staged a minimalist, bathtub-centric Streetcar at New York Theatre Workshop in 1999.) The London import had an aggressively modern spin: a whirling metal set, PJ Harvey blasted for scene changes, Stella bopping about in bra and panties. The goal was to put a chic, deracinated sheen on the 1947 chestnut, but this came at the expense of poetry and tension.

My friend left at intermission. Not, he insisted, because of Eurotrash window dressing. A longtime Tennessee Williams admirer, he said the scales had fallen from his eyes: Williams was a terrible writer. All that hyperventilating, neurasthenic melodrama and honeysuckled Southern poetry suddenly seemed sad, corny, even misogynist.

I want to tell my friend: come back, sit down, slip on some headphones. Audible has released a version that obeys Tennessee in letter and spirit, lavishing care over each syllable and stage direction, and the battle between banality and eroticism—between the Streetcar and the Desire—unfolds with palpable vigor and lyricism. No design-forward whimsy or deconstructive vagaries here, just voices, music cues, and shrewd sonic dramaturgy.

We have the pandemic to thank for such solid traditionalism. This revival had been scheduled for the Williamstown Theatre Festival, but after its summer season was canceled in March, artistic director Mandy Greenfield reached out to Audible for a lifejacket. The audiobook giant (owned by Amazon) has been commissioning original drama (mostly monologues) for short runs at the Minetta Lane Theatre before capturing them in studio. Audible agreed to record actors at home, editing and mixing the material in concert with directors. And so director Robert O’Hara (Slave Play) shifted gears to supervise an ensemble led by Audra McDonald as Blanche DuBois, Carla Gugino as sister Stella, Ariel Shafir as Stanley Kowalski, and Sullivan Jones as Mitch. Other Williamstown-Audible titles in coming weeks include Anna Ziegler’s Photograph 51, Dominique Morisseau’s Paradise Blue, and the world premiere of Shakina Nayfack’s trans dramedy Chonburi International Hotel & Butterfly Club.

This isn’t the only audio Streetcar clattering along the tracks. You can hear excerpts (sanitized for radio) of original Broadway cast members Marlon Brando, Jessica Tandy, Karl Malden, and Kim Hunter, or compare a BBC Radio adaptation with the 1973 revival starring Rosemary Harris. Listening to plays at home is a niche but noble tradition, far more rewarding than the inferior Hollywood product based on good work, as with August: Osage County. In the end, listening in repose or following diligently on the page, audio remains a direct, undiluted way to appreciate a great script on a granular level—and that’s not just the quarantine talking.

Sometimes you need to declutter the play experience. On the one hand, directorial freedom is an absolute necessity for theater culture to evolve. What’s the point of a canon if it isn’t subjected to stress tests? Just as we strip Shakespeare and the Greeks of original context and authorial intent to try out new fashions and tech, Williams must be interfered with. That means non-white casts, disabled performers, video, and radical editing of text. Some of these innovations have happened: Broadway has seen all-Black casts in Cat on a Hot Tin Roof and Streetcar, and an actress who uses a wheelchair performed Laura in The Glass Menagerie in 2017.

On the other hand, there’s value in establishing a relationship with the text as a literary object—if only to enhance the next experiment that comes along. Until the vaccine arrives, one might take advantage of the lockdown “reset” to lengthen attention span and deepen aesthetic engagement. So bring on completist projects: bingeing The Wire, setting aside a week for every damned note of The Ring Cycle, devouring Hilary Mantel’s Cromwell trilogy before winter’s end. Three hours in pure Streetcar is a stroll by comparison.

But how pure is it? In a New York Times preview of the Audible recording, the cast and crew sounded a hopeful but slightly bereft note. “All I have right now are her words,” McDonald said, lamenting that Blanche wasn’t in her body. With all due respect, the words are plenty. McDonald, whose three-octave range has earned her multiple Tony Awards, wields her instrument superbly, from fluttery, Southern-belle soprano to hoarse, slurry drunkard. As Stella, Gugino has the less flashy but just as layered role as the sensible sister with the abusive husband who takes a slap, then wildly ruts with him minutes later.

Then there’s the Stanley Problem, created by Marlon Brando’s luscious Adonis on Broadway and in the 1951 movie (both directed by Elia Kazan). Stanley is a selfish, sadistic predator. He terrorizes his wife and sister-in-law; he rapes the latter while Stella is delivering his baby at the hospital. In 2020, it’s hard to credit that Stella should ever forgive Stanley just because of chemistry in bed or a pathetic belief he’s destined for success. Shafir doesn’t sugarcoat the brute; his thick N’awlins drawl is sleazy, cheap, and alluring at once. By not flinching from the gaudy, even vulgar intensity of Williams’s sexual melodrama, the production makes a case for Streetcar being equally Blanche’s and Stella’s tragedies: dead-end trajectories for women with too few options and bottomless appetites. If that’s not feminist enough for you, well, Streetcar isn’t a fable of empowerment.

When the pandemic is over, we can have The Night of the Iguana via the Sims, or a genderqueer, futuristic Summer and Smoke. For now, O’Hara and sound designer Lindsay Jones focus on maximum clarity for the mind’s eye. Blanche dabs perfume on her handkerchief; cue the crystal rasp of a glass stopper. Stella grabs Stanley’s shirt during an argument; fibers rip. Upstairs neighbors Eunice and Steve’s bickering filters like dust through the floorboards. At the end of scene 8, stage directions indicate that a “blue piano” goes into a “hectic breakdown,” and hecticness ensues. Then there’s the excruciating last fight between Blanche and Stanley. O’Hara and Jones submerge us in Blanche’s boozy POV, a grotesque blur of mad jazz, jungle hoots, and, penetrating the bathroom door, Stanley’s ropy urine splashing into the bowl before he dons his silk pajamas for the “date” they had coming from the beginning.

“I don’t want realism, I want magic!” cries Blanche in one of her better-known, magnolia-scented epigrams. Turns out you can have both, in just proportion, by being true to the page.