New wave pleasures as Pakistan meets England on a 1984 reissue. 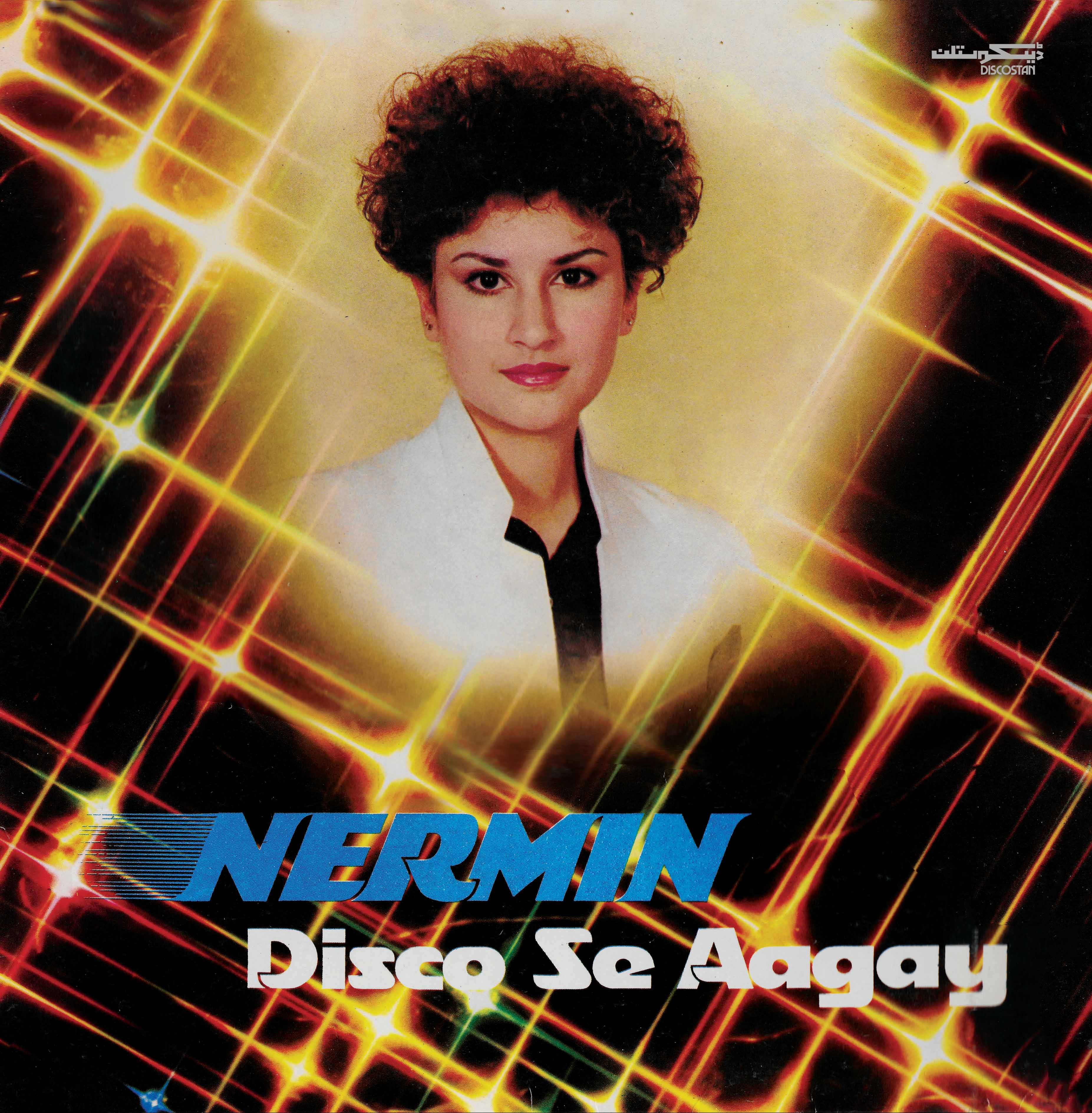 Take a trip back, if you will, to the early 1980s in Britain, when the pop charts were ruled by synth-pop bands like Duran Duran, Depeche Mode, Frankie Goes to Hollywood, and Spandau Ballet. The biggest rising stars in America, including Madonna and Prince, were making their hits with synthesizers and drum machines. Meanwhile, the advent of digital samplers was helping to pave the way for the hip-hop revolution. Synthesizers were no longer the domain of the biggest groups; they were becoming smaller, cheaper, and more accessible. Aspiring musicians made tracks in their bedrooms, dreaming of becoming the next chart-topping act. And synth pop wasn’t just performed in English by bands from the UK, the US, and continental Europe. The ecstatic pulse of disco was huge across the world, and synth pop was international, too. Yellow Magic Orchestra, which formed in Japan in 1978, is the most prominent synth-pop band of the era in Asia, but there were many others. 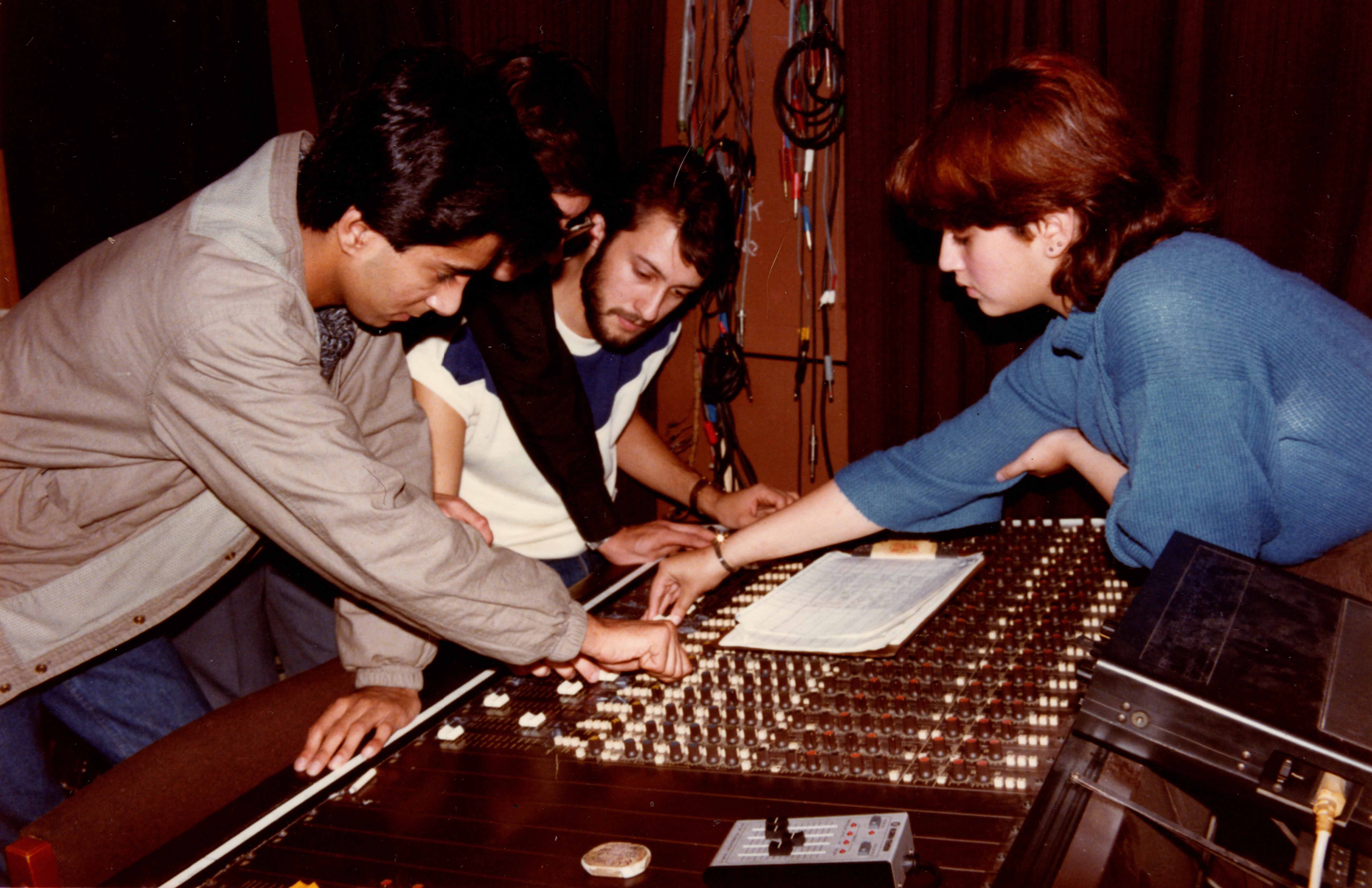 An intriguing recent reissue from the Discostan label in Los Angeles sheds light on a little-known release—Disco Se Aagay (which translates to “Beyond Disco”), a new wave album recorded in Urdu by two Pakistani immigrant teenagers in Birmingham, England, in 1984. The sister-brother duo—fourteen-year-old Nermin Niazi and nineteen-year-old Feisal Mosleh—composed the ambitious record using an array of keyboards and synthesizers borrowed from their dad. The siblings had music in the family line—their mother, Nahid Niazi, was a well-known playback singer in Pakistan, their father worked in film and TV, and their grandfather was the director of a prominent radio station in South Asia. Niazi and Mosleh signed to Oriental Star Agencies, a label in Birmingham that had achieved wider renown for being the first to release the famed qawwali singer Nusrat Fateh Ali Khan’s albums in the UK. 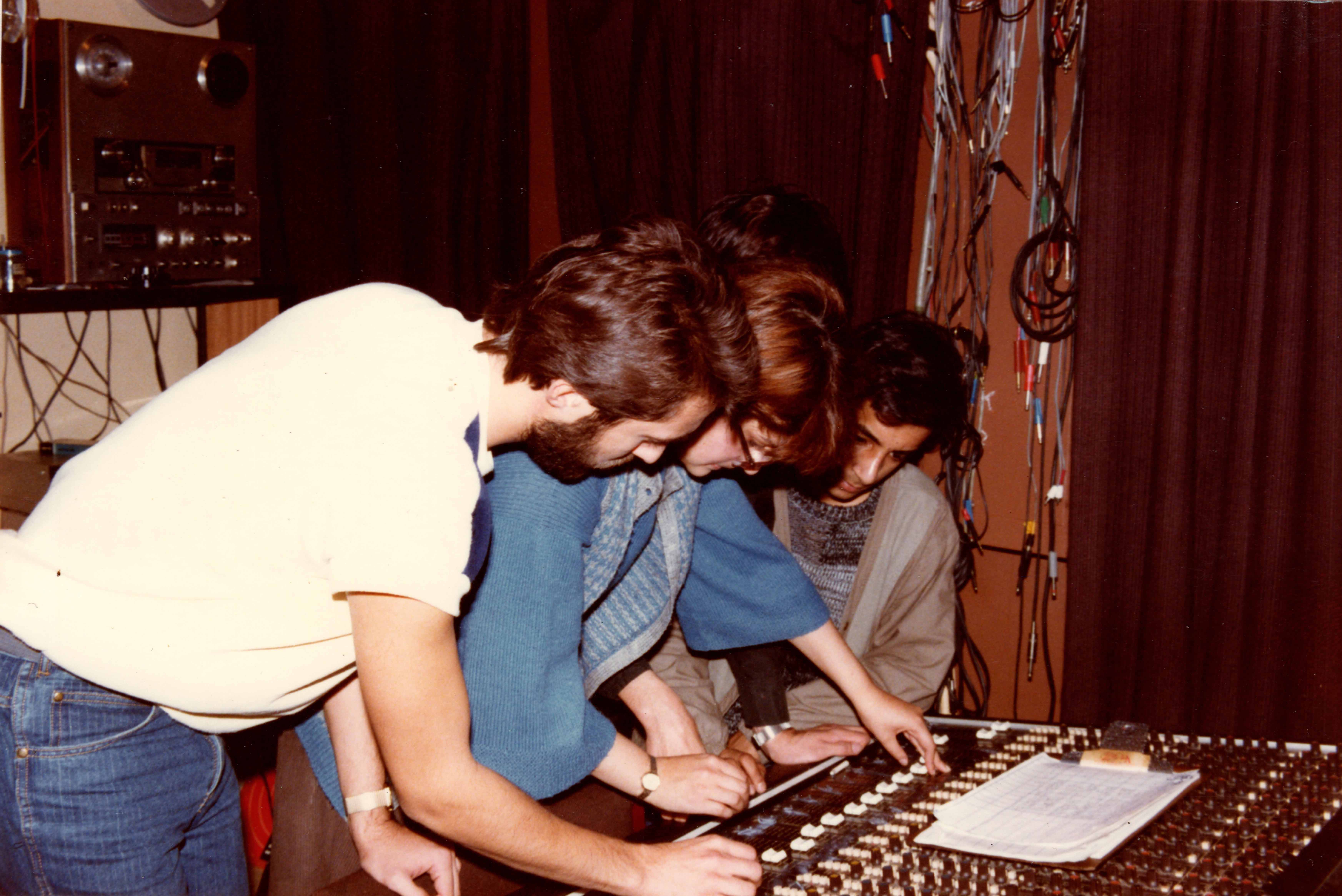 Niazi’s relentlessly catchy vocals, paired with Mosleh’s backdrop of synth beats, recall the bouncy, upbeat pop of early Madonna tunes like “Lucky Star” and “Holiday.” The sound is rougher around the edges than Madonna, to be sure, but therein lies its DIY allure. The punchy, percussive track “Sari Sari Raat” is the catchiest on an album of catchy tunes, and as the liner notes suggest, you could easily imagine it as a dancefloor hit at New York’s Danceteria back in the day. When you learn that it was sung by a fourteen-year-old (Madonna was twenty-six at the time), it seems positively astounding. “Hum Tum” is another standout track, a somewhat eerie call and response of Niazi singing over a skittering beat. On “Intezar,” Niazi’s sinuous melodies float above the beat instead of on it, evoking Pakistani traditional music more than Western pop.

It’s hard to discuss Disco Se Aagay without bringing up the story of the reigning ’80s sibling pop duo from Pakistan—the late Nazia Hassan and her brother Zoheb, who released their third album of sublime, summery pop hits, Young Tarang, the year before. Like Niazi, Nazia Hassan also possessed a powerful, clear soprano that extended well beyond her years; she was only fifteen years old when her first hit, “Aap Jaisa Koi,” debuted in the 1980 Bollywood thriller Qurbani. The Hassans had a more polished sound, in part because they worked with the disco super-producer Biddu, who had achieved global renown for the tune “Kung Fu Fighting”—in effect, Biddu was like the Giorgio Moroder to Nazia Hassan’s Donna Summer. Hassan’s debut album with her brother, Disco Deewane (“Mad for Disco”), released in 1981, charted in fourteen countries and sold millions of copies. Disco Deewane was the most famous disco record to come out of Pakistan, and Nazia Hassan became a bona fide superstar. Despite her young age, she possessed tremendous emotional range in her voice, which could be sweet and uplifting but also melancholy and haunting at the same time. To this day, the music they created is unforgettable. Nazia Hassan passed away in 2000, at the age of thirty-five, and she is still an iconic figure in South Asian popular music. 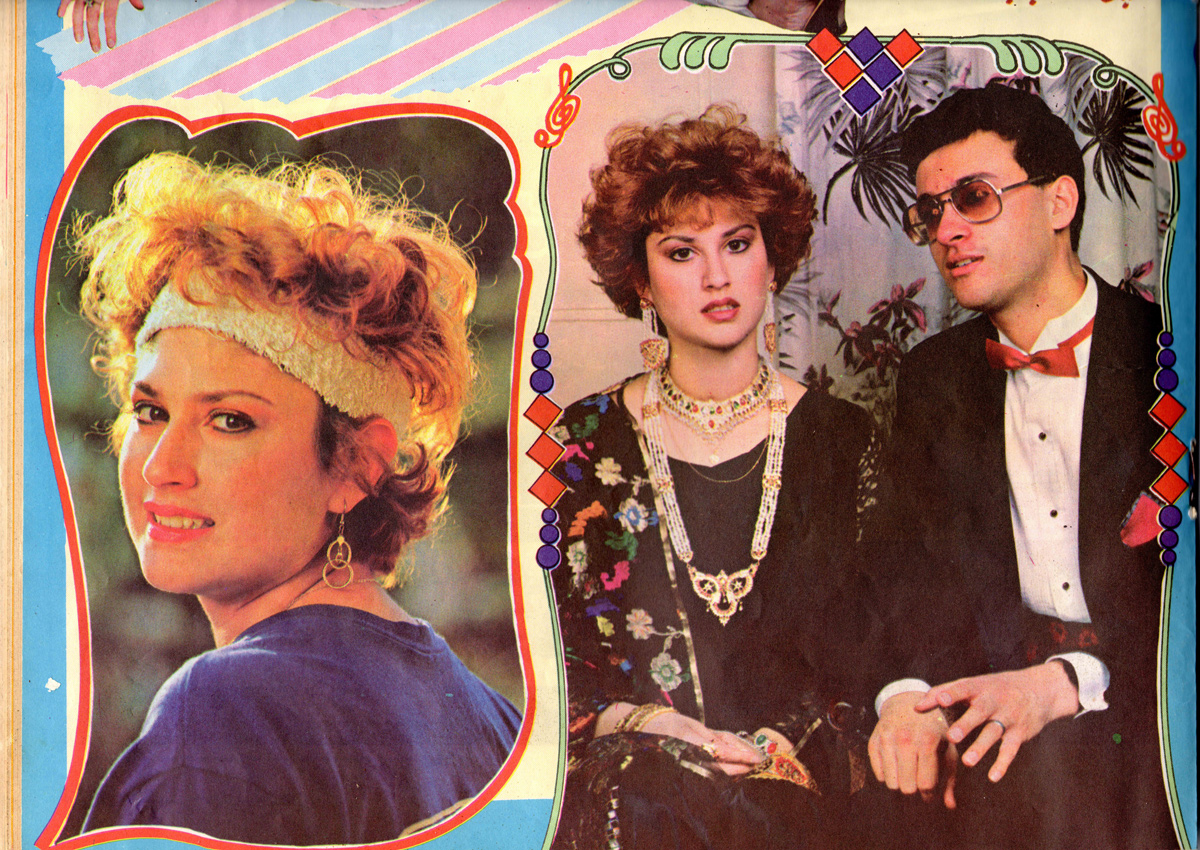 You can almost picture Disco Se Aagay as an “answer record” to Disco Deewane. Disco Se Aagay goes beyond disco to a more hard-edged sound, mixing Niazi and Mosleh’s Pakistani roots with their British upbringing. It seems more approachable than the gauzy perfection of the Hassans. The track “Nazneen” by Niazi and Mosleh is one example—you can hear all the seams in the music as it plays; it sounds like two teenagers discovering multitracking for the first time while singing a slightly off-kilter take on ABBA. But it’s precisely this sort of scrappy sensibility that makes it so fun. Disco Deewane is ethereal and otherworldly, but Disco Se Aagay feels like something you could do, too. On YouTube, a video from 1985 of Niazi and Mosleh performing “Nazneen” with striped outfits and puffy ’80s hair is irresistibly charming. They look incredibly nervous, and that's part of the appeal. 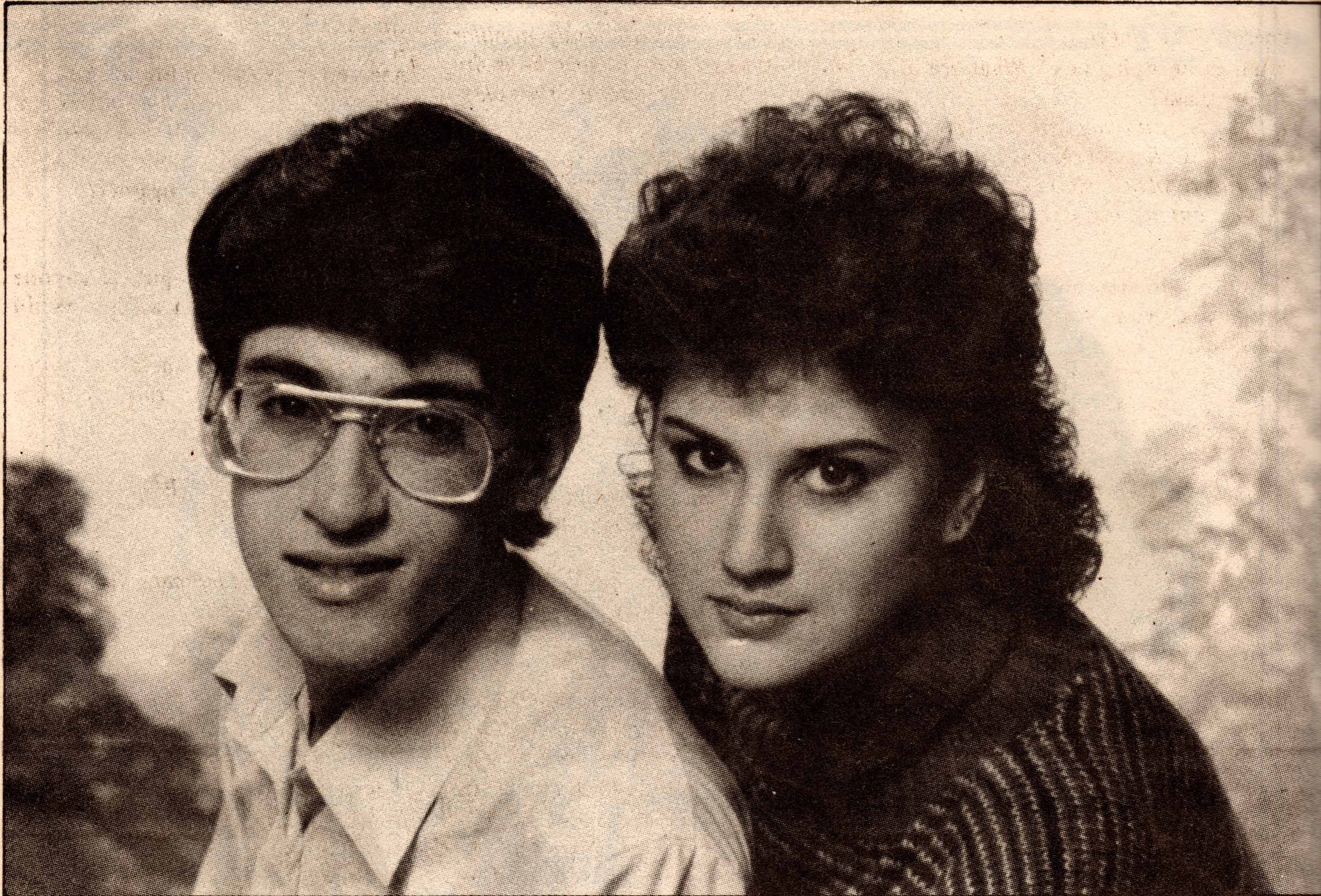 Listening to Disco Se Aagay thirty-seven years later makes one wonder what could be done if the songs were remixed for the current era, and put in the hands of a top producer who could get them to shine. There are hits here that never had the chance to achieve full bloom. But the album sounds so fresh in part because it is so underproduced. It doesn’t have the pomp and “big ’80s” flourishes so often associated with the time period. It doesn’t feel dated, because it is so minimal. Disco Se Aagay is revelatory—a release that few, beyond the most dedicated crate diggers, knew existed.