Beyond the Buzzcocks: remembering the late punk legend’s electronic side. 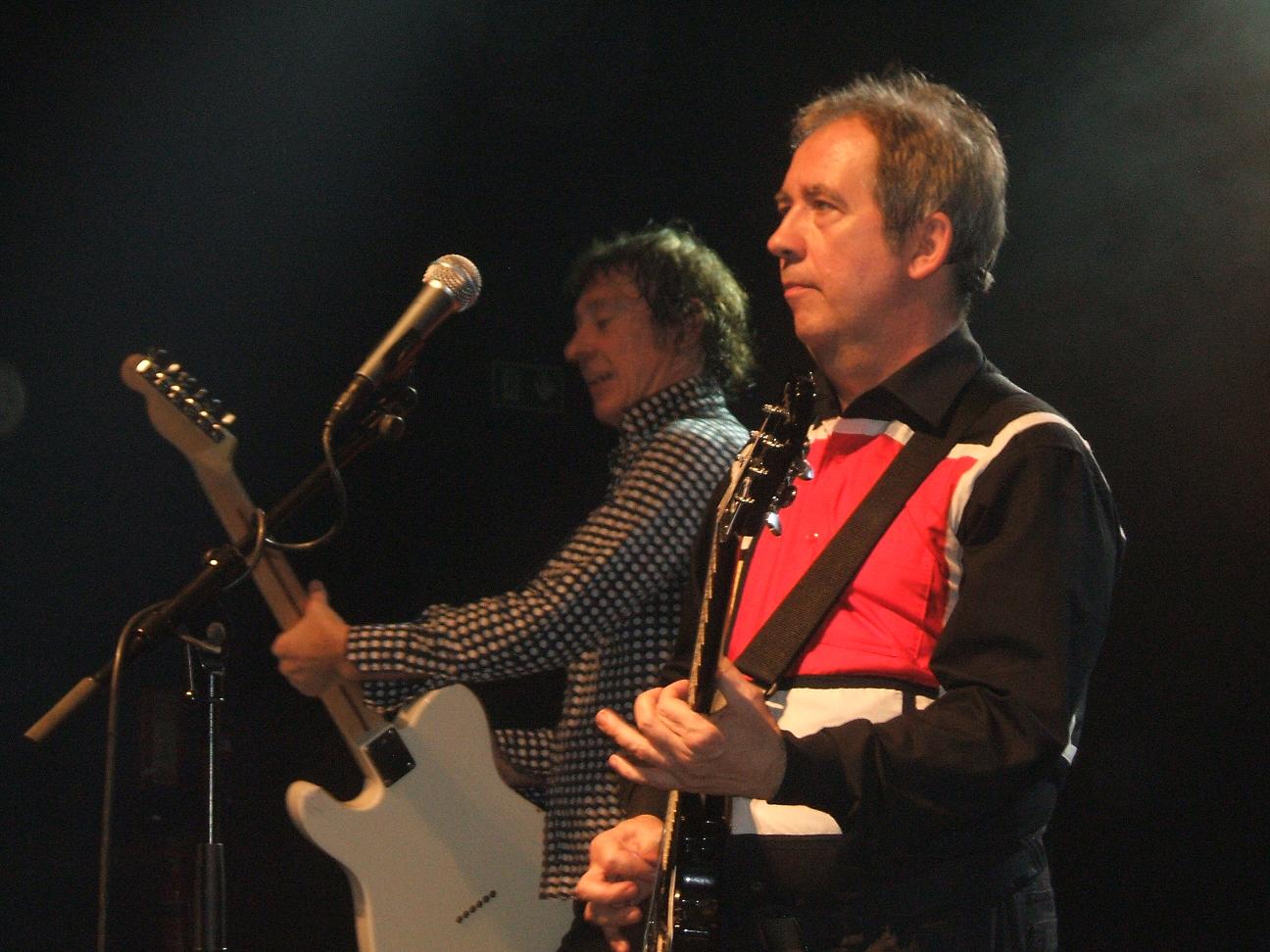 In the late 1990s, I microwaved my Sex Pistols CDs, shattering them into satisfying little shards. It was the most punk thing I could do, I figured then, as I set out to leave rock behind for the vast ocean of electronic sound. But the Buzzcocks CDs stayed on my shelf. The phenomenal 1979 compilation Singles Going Steady, in particular, was an album that seemed to transcend genre.

Buzzcocks founding member Pete Shelley, who passed away suddenly last month at the age of sixty-three, was best known as one of the progenitors of punk. He died in Tallinn, a city I have traveled through many times, not knowing he lived there. When I heard about his death, I wondered if I had once seen him in the old town, as he wandered up those gray cobblestone streets on his way to the top of the hill.

Shelley sang unforgettable songs about timeless subjects: unrequited love, teen angst, frustration, bewilderment. The tunes had the breathless pace and hard-driving momentum of punk, but with a generous dash of pop sweetness. There was little in the way of macho swagger, and the lyrics were fluid and open to multiple interpretations across sex and gender. His voice had an innocence to it that was disarming.

He had many other sides to his music, both before and after Buzzcocks. Shelley is justly celebrated as part of the legacy of rock and roll, but he should also be remembered as part of the history of electronic music. You can partially credit him for the birth of synthpop, alongside stalwarts like Depeche Mode and New Order—see his inspired proto-synthpop solo album Homosapien, released in 1981. (Homosapien was produced by the late Martin Rushent, who also produced the Human League.) Shelley wrote its most famous song—the title track—many years before the dawn of synthpop, in 1974.

Few albums are as perfectly 1980s as Homosapien. On the cover, Shelley sits on a table next to an early personal computer, sporting a white suit and a skinny tie. An array of geometric objects, which appear to be made of plastic, fill out the room—spheres casting implausible shadows, pyramids. There’s a ceramic bust of a head, for no apparent reason. It’s a particular aesthetic that would be embraced by the legion of chillwave artists that emerged on YouTube decades later. 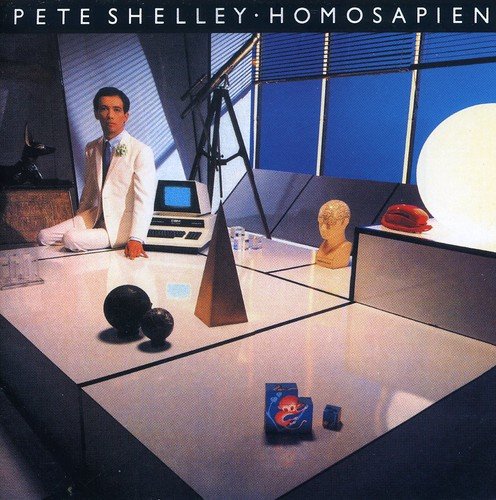 In a 1982 New York Times article called “Britain’s New Pop-Synthetic Bands,” the late critic Robert Palmer considered Shelley’s new synthesized sound, along with Soft Cell, Depeche Mode, and OMD. Palmer was mostly disappointed in Homosapien. Shelley’s “expressive singing has the same emotional resonances, and he is still writing tunes that combine the melodic appeal of bubblegum pop with the rhythmic urgency of punk,” Palmer wrote. “But because he is using synthetic instruments rather than a band, the rhythmic edge of his material is somewhat blurred . . . his electronic ‘drummer’ isn’t capable of much more than a basic and rather stiff backbeat.”

But it’s precisely the disparity between the warmth of Shelley’s voice and the cool rigidity of the machines that makes Homosapien work. A lot of the very best electronic music has this abundance of textural contrast —think of the disco hit “I Feel Love,” for instance, and how Donna Summer’s impassioned vocals fuse perfectly with Giorgio Moroder’s hard arpeggiated synthesizer lines.

Shelley plunged further into electronics, making one of the very first records to feature an “app”—XL·1, from 1983, which included a Sinclair ZX Spectrum computer program embedded into the vinyl record, showing graphics and lyrics synched to the music. The inventive dub mixes of his early 1980s singles, which were all produced by Rushent, still sound fresh enough to play in a DJ set today. 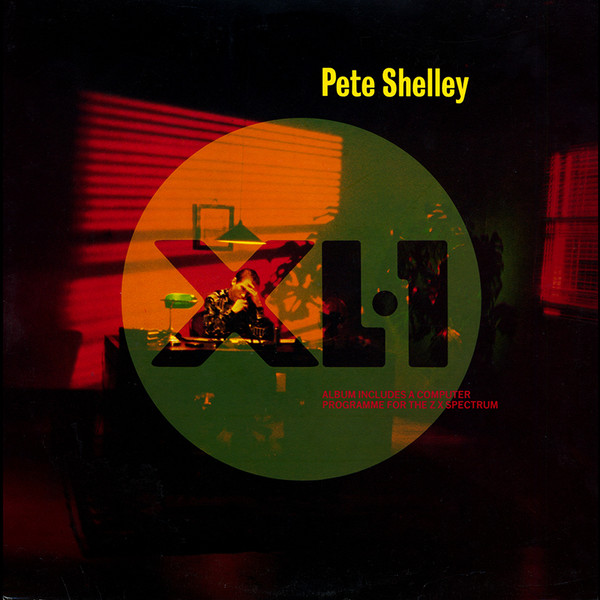 Shelley’s forays into electronics began early on, in the beginning of the 1970s, when he was in college studying science and engineering. It was there he met his future Buzzcocks bandmate, Howard Devoto, but it was also where he made an experimental electronic-music solo record in 1974, released later under the fittingly odd title Sky Yen.

In an onstage interview in Manchester with the writer and DJ Dave Haslam last June, Shelley genially described Sky Yen as a “sonic attack.” “I’d seen Roxy Music on Old Grey Whistle Test”—the British television music show—“and Eno was there making all these weird noises, and I thought that’s great, that’s fantastic.” Shelley set out to create his own weird noises, building electronics to make music in a physics class. The result was as meandering and unlistenable as you might expect a college adventure with homebrew circuits to be, but it is an entrancing exploration into Shelley’s early electronic-music roots. “I used to play it to people—it was great at clearing parties—and lying in the dark, as you would do as a student, with headphones on, listening to it,” Shelley recalled to the writer Taylor Parkes in an interview in The Quietus.

Shelley was also an avid fan of offbeat German groups like Can, a band that delved into electronics alongside searing guitar solos and extended jams. “I would never have played guitar had it not been for the late Marc Bolan and Michael Karoli of Can,” Shelley once wrote. Shelley’s simple but effective playing in the Buzzcocks doesn’t sound much like Karoli’s intricate guitar work, but the inspiration was there, subliminally. It was clear that Shelley listened widely, with open ears.

Recently I put on one of my favorite early-1980s Shelley synthpop tunes, produced by Rushent—“No One Like You,” all brittle beats and slightly wonky synth parts. The song is intense in its vulnerability. “So tired of waiting, I’ve only one lifetime / There’s millions of people, but no one like you,” croons Shelley balefully, his voice slowly trailing off with “you.” It’s the same mixture of frustrated, heartsick feelings evidenced in classic Buzzcocks songs like “What Do I Get?”

Few musicians encapsulated those confused feelings of frustration as well as Shelley did. David Bowie once said that one of the goals of his music was to try to convey “rather surprising emotions that are lurking in one’s head that are very rarely expressed.” Shelley did this too, in punk rock and electronic music, and all the spaces in between.