Poetry
Music for the Dead and Resurrected

In Valzhyna Mort’s poetry, the graves and bones of Belarus. 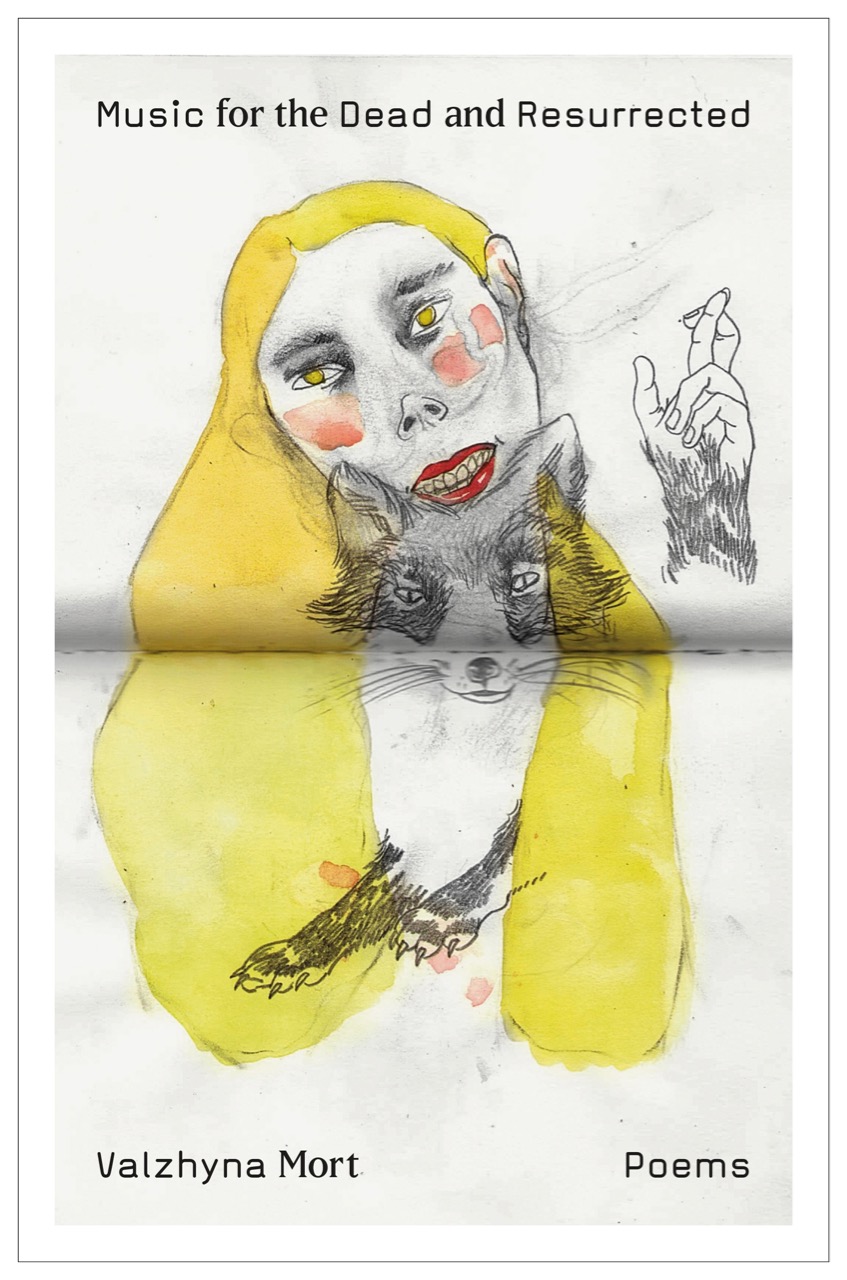 Music for the Dead and Resurrected, by Valzhyna Mort, Farrar, Straus and Giroux, 95 pages, $25

In August, the Belarusian poet Valzhyna Mort, who lives in the US and teaches at Cornell, wrote a piece for the New York Times headlined “My Country Is Under Attack.” The aggressor: Alexander Lukashenko, autocratic ruler of Belarus since 1994, and serial subverter of democratic process. When he supposedly won 80 percent of the votes in the summer’s presidential contest, protests broke out across the country, and have carried on since. The regime’s response has been brutal, with thousands of protestors arrested and many tortured and beaten, or killed. At the time of writing, the European Union has imposed new sanctions on the dictator and his cronies, and there’s no guarantee that support from Lukashenko’s bankrolling ally, Vladimir Putin, will last. Music for the Dead and Resurrected, which is Mort’s second collection written in English, arrives too early to address the recent convulsions in her country, but, as in much of her work, the sorrows of Belarusian history are her keenest poetic concern.

In the wake of all that Belarus has suffered—hundreds of thousands murdered or deported during German occupation, mass killing and repression under Soviet rule, and now the tyranny of “Europe’s last dictator” (contested title, surely)—a literature of direct but orchestrated testimony is one essential, arduous response. It’s the approach of Svetlana Alexievich in oral-history works such as The Unwomanly Face of War. Mort’s dealings with her country’s past and present are necessarily different, and not simply because she’s a poet. She makes a distinction between her prose poems, where transitions are possible, and the stark, fragmentary claims of verse: “For me, verse, no matter how narrative, has to leap.” Music for the Dead and Resurrected is mostly made of leaps: the particulars of the past abrupt the present, but obscured or askew; family stories and images of everyday life are subtended by real or metaphorical burial grounds.

There are so many graves in this book, so many bones. “My motherland rattles its bone-keys,” Mort writes in a line that might also describe her poetry itself. In “Genesis,” she asks: “Aren’t we indeed / the keepers of our dead?” And in “Bus Stops: Ars Poetica,” “One by one, streets introduced themselves / with the names of national / murderers.” At times, the dead seem like an inescapable but archaic inheritance, are summoned or present themselves as voices from the past, but heard distantly. At other moments they appear freshly deceased and making demands, still pressing on the present or even arriving from the future: “You can spot my graves from afar, / marble like newborn skin.” That is from “To Antigone, a Dispatch,” a poem that reanimates the ancient Greek story of Antigone’s struggle to secure a decorous burial for her brother Polynices: “I, too, love a proper funeral. / Drag, Dig and Sisters’ Pop-Up Burial.”

“Where am I from?” asks Mort repeatedly in “An Attempt at Genealogy.” The question sounds crude at first, until you realize it does not really warrant an answer. Instead, it’s a containing device for an amazing quantity of detail that never amounts to a full or coherent picture of the poet’s past, or that of Belarus—no matter how many times the stories are told. Mort recalls her grandmother, repository of familial memory, reciting time and again, forgetting she has told them, the dates of the dead and the circumstances of their passing. Narratives, images, and motifs recur, but there are lapses and gaps, unfulfilled lexical promises: Mort makes several references to learning music as a child, but a poem titled “Singer” turns out to be about a sewing machine of that brand. Domestic scenes return: apartments, meals, bus journeys, endless snow. Such mundane scenes fold into one another, become more and more involuted and mysterious. At one point, the poet (or her stand-in speaker) remembers discovering, aged seven, that an unseen aunt had been living for years in the family apartment.

All of which incident, with its burden of memory and loss, may sound distinctly “narrative,” to use Mort’s word. In fact, it evolves in such intricate patterns of metaphor that nothing feels reducible either to autobiography or to straightforward witness. All is dissolved and diverted by (or into) extraordinary images. “Chains follow dogs as if chains were discharged / like slime.” “Language migrates down my legs like / mute cattle.” “Words, once uttered, / crowd in the brain as in a hospital lobby.” For sure, there is a metaphorical stratum in Music for the Dead and Resurrected that seems expressly concerned with Belarusian history—“When you go hungry for months, / your heart is a red bone”—but Mort’s figural invention takes the poems in more ambiguous directions, amassing an image repertoire that vexes and haunts.

So too her formal decisions. “In a poem,” she commented in an interview, “word order is more than just syntax; it is part of a poem’s punctuation, part of its poetic form, which are the poem’s most sacred elements.” Most of the poems here describe vagrant passages across the page, unpredictable diagonals or zigzag fragments, rarely settling into rigid verse forms or into the kind of prose that makes for easy transitions. The most striking thing in terms of language and structure is Mort’s tendency to let earlier lines, phrases, or single words return like ghosts from a page or two before, seeming now unsure where they belong. The question, I suppose, is whether this amalgam of images constitutes its own kind of consolation, poetic form resolving things where life cannot. Perhaps: “I pulled this house over my head like a cast / to heal fractured sanity, thought to thought. / I silenced all past with the spell of a camera flash, / yet not.” Still, Music for the Dead and Resurrected sketches a poetic answer, however abstracted, to the remorseless pileup of the past.