Literature
The Angel of History 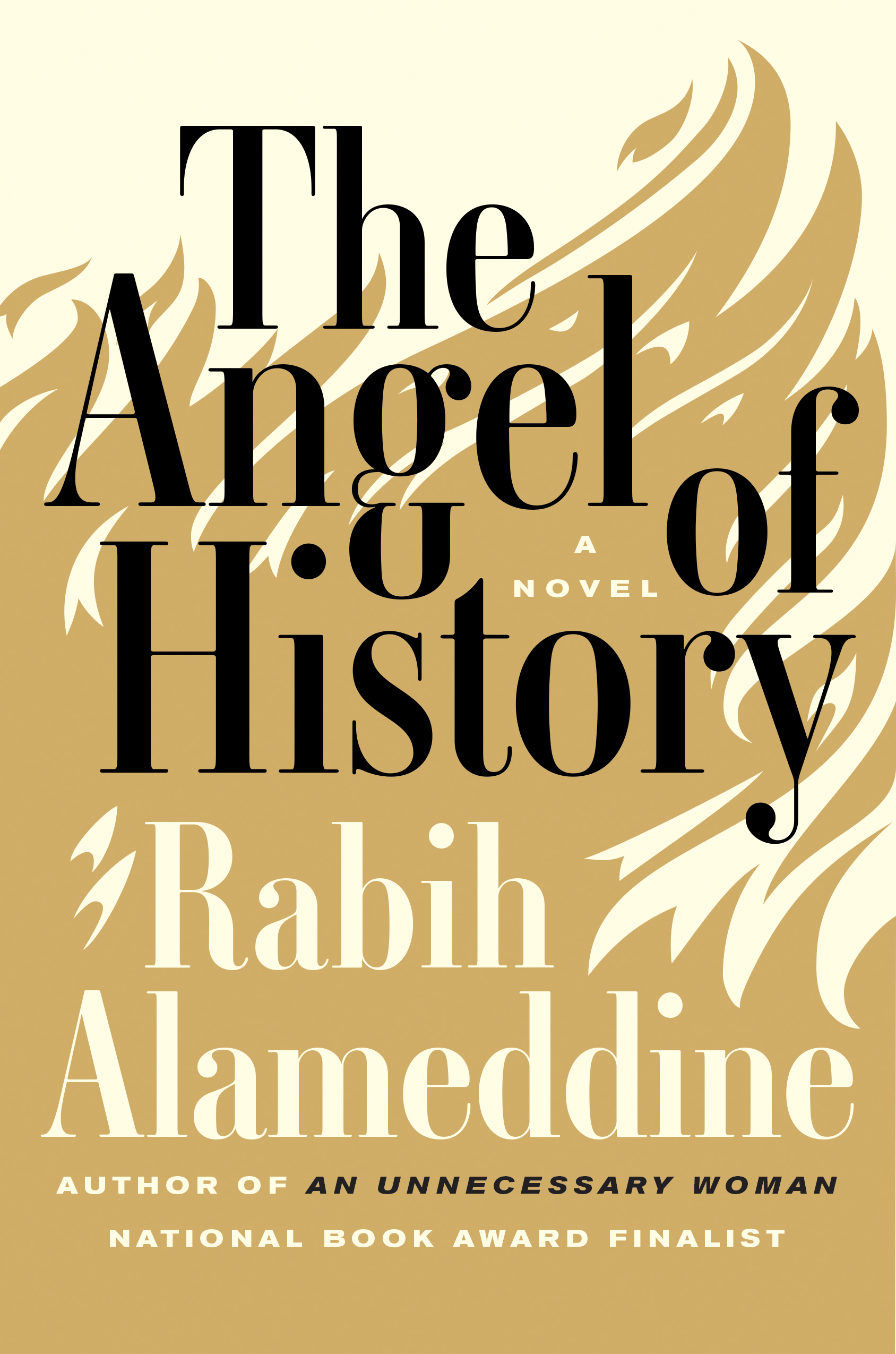 [It] shows an angel looking as though he is about to move away from something he is fixedly contemplating. His eyes are staring, his mouth is open, his wings are spread. This is how one pictures the angel of history. His face is turned toward the past. Where we perceive a chain of events, he sees one single catastrophe which keeps piling wreckage and hurls it in front of his feet. The angel would like to stay, awaken the dead, and make whole what has been smashed. But a storm is blowing in from Paradise; it has got caught in his wings with such a violence that the angel can no longer close them. The storm irresistibly propels him into the future to which his back is turned, while the pile of debris before him grows skyward. This storm is what we call progress.

The angel would like to stay and wake the dead; progress would like to propel him forward without regard for his attachment to the “smashed” past. Jacob—the narrator of Alameddine’s The Angel of History, a poet in his mid-fifties—is caught in this very storm. The tightening tension of paradox—he’s had to forget so much to stay sane, but must preserve his memories to stay vital, to live—has driven him to the brink of breakdown, and so he returns, after some twenty years, to the psychiatric ward at Saint Francis Hospital in San Francisco, in whose waiting room the present action of the book is set.

Jacob’s first visit to Saint Francis’s psych ward came shortly after he lost his closest friends to AIDS, along with his lover “Doc” (he was a doctor named John—white, confident, entitled, callous, loving). The majority of Jacob’s narration in The Angel of History is addressed to Doc, in the form of the account of his night of crisis at Saint Francis and in the wide-ranging reminiscences of his journals written in the wake of his lover’s death. (In braiding multiple forms of narrative, Alameddine continues to experiment formally, as he did with I, the Divine: A Novel in First Chapters and The Hakawati.) The journals reveal the greater wreckage as well as the texture, the nuance, the small pleasures, and the raptures of his personal history. He was “unceremoniously exiled while still in utero” when his teenage Yemeni mother, pregnant and rejected by her lover’s family, fled Beirut. He spent his childhood in a whorehouse in Cairo, where his mother found work and shelter, where he learned to recite Arabic poetry and witnessed the callous, exoticizing whims of the brothel’s Western patrons, to whom he developed a fraught erotic attachment (“I loved my mother, but I worshipped the man, I made him my religion”). As an adolescent, he endured further torments in an orphelinat back in Lebanon, where a nun who called him her “petit nègre” took advantage of his budding sexuality. Meanwhile, he connected ever deeper with poetry and with “spirit”—described in the novel as “the most fragile of all, as delicate as dandelion fluff.”

Then came the San Francisco years just before AIDS, a period that, for Jacob, was marked by a sense of open sexual exploration, and by tenderness, friendship, and love. (Alameddine, who is Lebanese-American and splits his time between Beirut and San Francisco, also wrote about this time and place in his first novel, Koolaids.) Jacob finds a charged, meaningful sense of ritual in S&M; when he takes refuge in a dungeon while Doc is dying, he attains a kind of communion both visceral and spiritual: “as the agony peaked, ecstasy descended unto me like an annunciation, I drooled all over my face, rubbed my face on the soggy mattress, growls in my stomach, howls in my throat, my entire being shook, Praise be, said Saint Denis, Good boy, said the man.” Here the internalized, pent-up aggressions and attraction between the Western and Arab worlds that took root in Jacob in the whorehouse, and which have been continually stoked since his emigration to America, find a kind of theatrical release; here the angel of history tastes his sainthood, his exquisite martyrdom in a transcendent moment of terror and erotic fulfillment.

All that, however, is past. A storm is brewing in San Francisco at the dawn of the new century—typified, for Jacob, by his encounter with “two young gay writers . . . artistes of the nouveau-bland movement whose manifesto consists of defending the rights of white gay boys to have dating anxieties and live homo-happily ever after.” This first run-in takes place in a restaurant; when one of the writers expresses pity for Joan Didion’s losses, “alarm bells [wake Jacob] from a twenty-year nap.” He starts yelling: “Her husband died? You think that’s horrifying? You feel sorry for her?    . . . I had six friends die in a six-month period, half a dozen of my close friends including my partner. We were nothing but babies, where was she when we were dying, where were you, you motherfuckers?”

Ultimately, it’s the triumph of Satan, and all he represents, that drives Jacob to a kind of epiphany, and to revolt. The Devil gains strength from Jacob’s being denied entrance to the psych ward and, after a divine intervention of sorts, drives his “protégé” to light out onto the spruced-up town, writing incidents of his history on windows and walls. “I walked and walked and walked until I found myself in our neighborhood, Doc, ours, and there next to me was our bookstore, where we met, though now it was another trendy clothing store with T-shirts celebrating diversity for a hundred dollars. I’m not proud, I never was, and it didn’t get better, not for me. On the shopwindow, on the glass, I wrote, This is where I met you. Come night, environ me with darkness whilst I write.”

For the poet left behind, the guilt-ridden witness and survivor, it’s both a gesture of political rebellion and of essential survival to integrate memory, poetry, and act. He finds not pat redemption, but an outpouring of generative energy and of grief that complicates the whitewashed present. Perhaps, too, Jacob has gone what would be called, by those he earlier condemns as the petit NPRsie, “mad.” It’s a testament to Alameddine’s artistry that, in the moving conclusion of this novel, Jacob’s madness seems a necessary form of sanity reclaimed.

Evan James’s work has appeared in Oxford American, Catapult, The New York Times, The New York Observer, Town & Country, Travel + Leisure, The Sun, and elsewhere. He is a graduate of the Iowa Writers’ Workshop, where he received an MFA in Fiction.