In Unknown Pleasures, a dance company experiments with anonymous artistry. 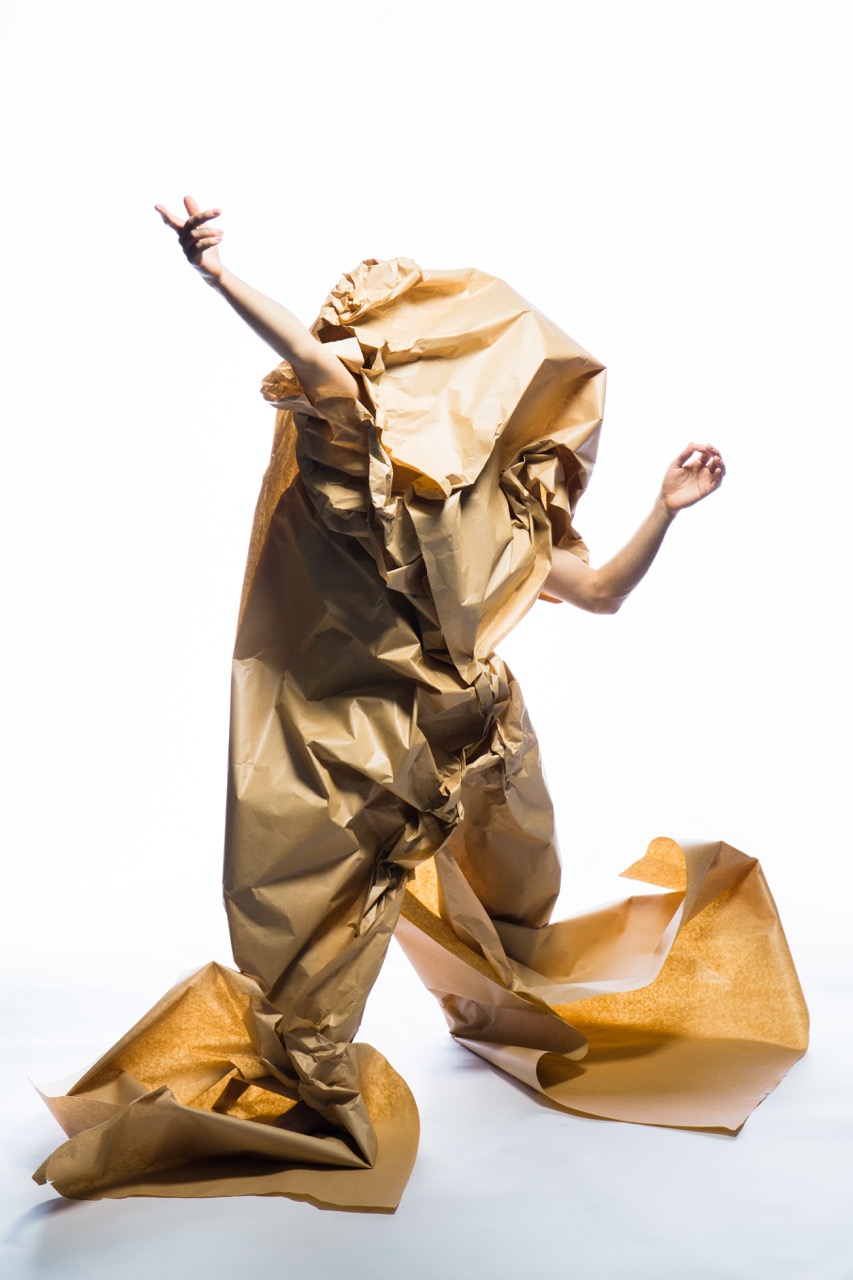 What happens when you don’t know who is about to happen? When authorship is removed from your experience of dance? The Centre Chorégraphique National–Ballet de Lorraine proposed just that in Unknown Pleasures, a dance featuring five anonymous choreographers. No one would get the credit or blame. It was gimmick with virtue: an anti-marketing proposal in an era of self-promotion.

Watching a dance without preconceived notions about the creators—including those responsible for stage design, costumes, and music—had the chance to be a rare gift. But in the end, the idea of an anonymous program of choreography, by four women and one man ranging in age from their thirties to their seventies, was more revolutionary than the program itself.

As Unknown Pleasures developed throughout the course of seventy-five minutes, it moved from one section to the next clearly enough to show when a new choreographer had taken over. It also, regrettably, began to resemble a dance sampler, one that additionally featured two anonymous stage designs, five anonymous costume designs, and six anonymous music pieces. The last dance was set to Ravel’s stale warhorse Boléro.

Conceived by Petter Jacobsson, the company’s choreographer and general director, with Thomas Caley, its coordinator of research, Unknown Pleasures began with the dancers already onstage. A large frame of colorful cellophane squares—held by two performers at the front of the stage—served as the decor. As the dancers warmed up behind it, the effect was like looking at figures through a stained-glass window.

The performance started subtly when a woman stood in front of the set and began to twitch and quiver with an asymmetrical purposefulness. Her muscles sagged as she shuddered from side to side, raising one shoulder while dropping the other. As others joined in—including a woman who lounged nearby on the floor—the stage became a tableau of listless bodies. There were fragments of singing.

But before the dance could go anywhere, it was over—this would become a recurring problem when trying to find the pleasure in these unknowns. The scenery was carted off and the stage was suddenly full of seventeen dancers wearing jeans and white T-shirts, each adorned with a different block letter on the front and back. This second anonymous dance, in opposition to the ambiguous tenuousness of the first, was grounded in a minimalistic repetition of movement. Accumulating material, the dancers deftly traversed the stage in walks, turns, and glides that knitted their footwork into multitudes of patterns. Was Lucinda Childs behind this one?

As the dancers faced the audience in a crisp line, they covered the rear and the front of the stage, and amid their brisk pivots, their shirts revealed a timely message: “The world is burning but I keep on turning.” Set to an electronic score that mirrored the hypnotic patterns of the movement, this precise exploration of form had emotion too: its spirit was urgent.

The third dance, set to a spare piano score—later on, there were strings—was a soulless exercise in partnering for three couples who revealed the pros and cons of being in relationships with a dull display of tangling and untangling limbs. At least the fourth dance went somewhere: the cast, wearing shimmering yellow Lycra—evocative of the costumes in Merce Cunningham’s Sounddance—performed classroom exercises under stark fluorescent lights. Gradually their steps, also reminiscent of Cunningham’s, began to blur and crumple, and the dancers, falling off balance as if air was being siphoned from their bodies, slumped onto the stage. 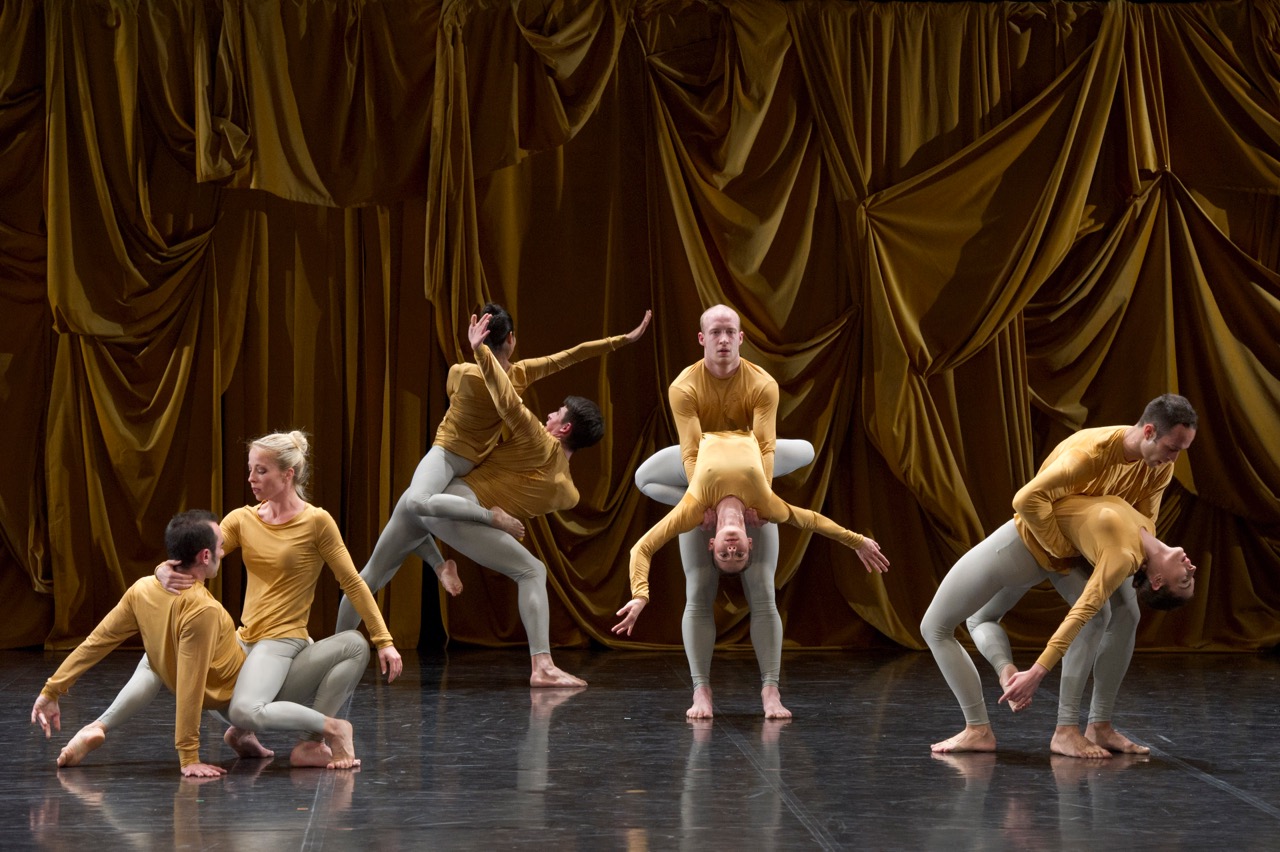 Was this illustration of a dance falling apart related to the circumstances surrounding Cunningham’s legacy? His works are licensed to companies, like Ballet de Lorraine, but there is no Cunningham company. After Cunningham’s death, it was disbanded—as per the choreographer’s instructions—and his work has since been performed by dancers, including students, with varying degrees of training and aptitude.

If the fourth dance was a sly comment about what happens to a dance after the death of its choreographer, it had something to it. But Unknown Pleasures ended weakly with its fifth dance, to Boléro, which amounted to little more than a parade of performers echoing Monty Python’s “Ministry of Silly Walks” sketch. It was pure chintz.

Where this choreographic experiment was somewhat more successful was in its experiential nature; as we sat in the dark not knowing who or what was coming next, Unknown Pleasures toyed with our senses. What happens when an artwork is stripped of its identity, of an artist’s signature? The sounds, the lights, and the movement possessed, at least in the first few moments of every new segment, a certain aliveness, or at least the promise of a new voice.

But in this emphasis of the product over the cult of the artist, Unknown Pleasures placed choreographers in unlikely company. The anonymous art that we’ve become most used to, from graffiti and street artists like Banksy, to the mystery behind the identity of the writer Elena Ferrante and even the hidden face of the pop singer Sia, is its own marketing tool. Anonymity drives their popularity.

Part of the pleasure of following dance closely is in getting to know a choreographer’s habits, musical propensities, and use of space. What is the connective tissue among all of the works? The most focused and alluring choreographers make dances that are in conversation with one another; whether a success or not, one piece leads to the next and some kind of story emerges.

The format of Unknown Pleasures, a conceptual event tied together by little more than anonymity, discouraged depth, which became increasingly clear as each dance came to its untimely finish. Experimentation is integral to the artistic process, but some experiments fail. Perhaps this one was in danger from the start: there were too many artists involved, and in the end, the slightness of certain sections overwhelmed the whole. But Boléro was the final straw. There was nothing anonymous about it.