In Ben Lerner’s new novel, autofiction is a family affair. 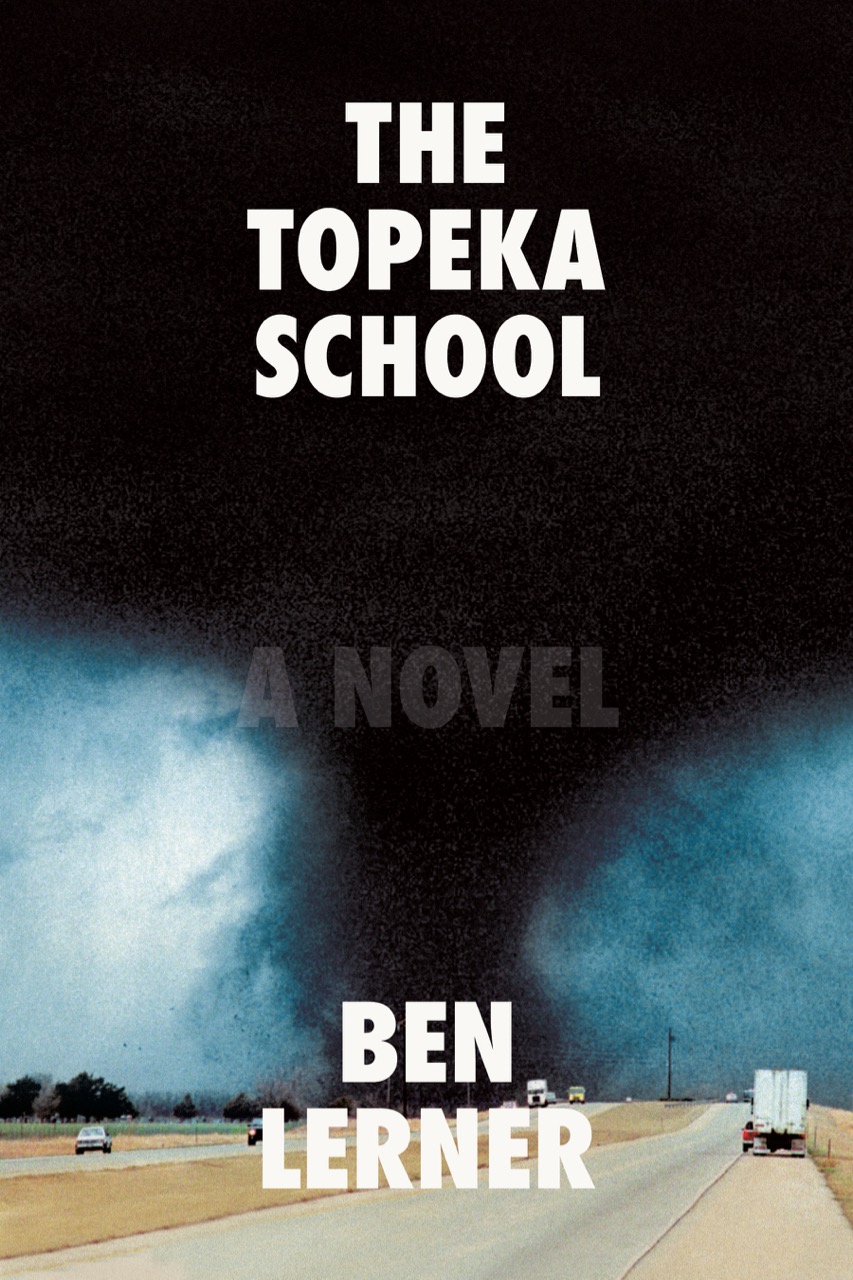 What are the limits of language? How much stress can it be subjected to before it breaks down? And what are the consequences for our communal life when it is abused? These questions animate Ben Lerner’s moving third novel, The Topeka School, a family story that takes place in a setting where the family is an intellectual category as well as a lived experience.

Adam Gordon—a name that’s also given to the narrator of Lerner’s wry 2011 debut novel, Leaving the Atocha Station—is a high school senior in Topeka. His parents are psychologists at a progressive institution, inheritors of a tradition of therapy that emphasizes cooperation between staff and patients, a community based on careful speech, speech as a form of care. His mother, Jane, is becoming famous as a writer of popular psychology books. “I believed,” she says, “that I could help a lot of people by describing triangles or sibling dynamics as clearly as possible and that the translation of those concepts into practical advice was my strength as a therapist.” His father, Jonathan, less ambitious, wrote his dissertation on the theory that “under conditions of information overload, the speech mechanisms collapse.” Adam is a national-standard high school debater. In contrast to his parents, he uses language as a weapon to defeat and destroy opponents, in an aggressive and highly ritualized performance.

The narrative switches between son and parents, the three perspectives of the classical Freudian triad. Long sections in their voices are interspersed with shorter ones circling around Darren Eberheart, a contemporary of Adam’s and a patient at the Foundation, the psychology institute where Jane and Jonathan work. Learning-disabled Darren is clearly bound for disaster, vulnerable and confused, the butt of jokes, attempting to play along with language games he doesn’t understand. Superficially, he and Adam couldn’t be further apart, one brilliant, the other struggling, but though Lerner doesn’t close the loop too tightly, he returns again and again to the ways boys are socialized, the uses of language to do other things than naming or healing—commanding, insulting, provoking, dominating—contrasting Darren’s bewilderment with Adam’s power and skill.

Adam’s parents, with adult wisdom, understand the limits of language as mastery. Trying to explain the genesis of his extramarital affair, Jonathan remarks that “we thought that if we had a language for our feelings we might transcend them.” This is “the stupid mistake psychologists make, a very Foundation mistake.”

Adolescent Adam is far from this realization. His clique of white Kansan boys listens to Tupac, and rap battles provide a way to use his facility with words to accumulate social capital, channeling the same competitiveness that drives him on as a debater. When Adam’s aggression and machismo get the better of him, though, this facility dissolves. Intervening after a fight in which he’s punched a friend, his mother (addressing Adam, as she does throughout her narrative) describes him “ventriloquizing some kind of mash-up of masculine gibberish—‘I warned you, motherfucker; dude, I said step off.’ ” The Topeka School is preoccupied with the role of language in what we have come to call “toxic masculinity,” presenting various situations in which men refuse communication, or retreat to corrupt pseudo-communication (“masculine gibberish”) instead of making an authentic attempt to bridge the gap with others. As an adult, Adam confronts another dad in a playground after an altercation between his daughter and the man’s son. When the “bad father” ignores his polite request to come and help out, Adam resorts to a “tangle of vocabularies,” “leading with a Foundation vocabulary, but delivering it as though I were talking shit.” When the man takes out his phone, Adam knocks it out of his hand.

One of the novel’s many pleasures is its insider account of the bizarre subculture of American interscholastic debate, an activity that “to an anthropologist . . . would appear less competitive speech than a glossolalic ritual.” One rhetorical trick comes to stand for larger themes in the novel, particularly the advent of the “post-truth” era of contemporary politics and the corruption of public speech that has characterized it. This is “the spread,” which depends on the convention that a “dropped argument,” one not specifically rebutted by an opponent, is conceded. So a debater speaks as quickly as possible, sometimes as fast as 350 words a minute, aiming to produce such a vast range of arguments that a respondent will find it impossible to cover them all. YouTube videos of policy debating show high schoolers babbling like livestock auctioneers, their unintelligible verbiage punctuated by sharp intakes of breath.

Coming to watch her son compete, Jane is appalled that public speaking, a ritual intended to constitute and celebrate the public sphere, has been reduced to “the shadow of speech, of reason. The breathing, the gasping for air—I’d heard hyperventilating patients make similar sounds . . . my primary experience was of a body in duress.”

The language game of therapy to which the Gordon parents are committed aims, at least in part, to elicit difficult or buried truths by an attentiveness to inarticulacy and silence. By contrast, the gush of language in the debating spread is intended to overwhelm and dominate. As Lerner emphasizes, “even before the twenty-four-hour news cycle, Twitter storms, algorithmic trading, spreadsheets, the DDoS attack, Americans were getting ‘spread’ in their daily lives; meanwhile, their politicians went on speaking slowly, slowly about values utterly disconnected from their policies.” This point is well made, and in its focus on the corruption of public speech, The Topeka School is a timely book, very occasionally marred by the author’s wish to underline this timeliness. In that scene at the playground, the narrative is broken by a parenthesis written in what seems like the ghostly voice of Trump (“I helped create her, Ivanka, my daughter, Ivanka, she’s six feet tall, she’s got the best body . . .”), an irruption that seems both heavy-handed and slightly out of place. It’s perhaps forgivable (what writer hasn’t got the smug tones of the current president stuck in their mind?), but it smacks of anxiety, the worry that perhaps the overloaded contemporary reader will need direction.

Lerner is the son of two psychologists, associated with the Menninger School in Topeka. His mother, Harriet Lerner, is the author of many popular psychology books with titles like The Dance of Anger and The Dance of Intimacy. His father works with film and video. The Topeka School, like both Lerner’s previous novels, is a work of “autofiction,” a narrative that presents itself as fiction, yet shares with autobiography a claim to truth that blurs the distinction between the two genres. The French novelist Serge Doubrovsky, who coined the term, wrote, “as soon as I write myself, I invent myself.”

Lerner’s audacious ventriloquizing of his own parents extends autofictional invention in ways it would be tempting to describe as oedipal, were it not done with such evident sympathy and affection. In The Topeka School, the act of inquiry into the condition of other people, within families and beyond them, is the basis of an urgent project to rediscover an experience of participation, of being, as Lerner puts it, “part of a tiny public speaking, a public learning slowly how to speak again, in the middle of the spread.”

Hari Kunzru is the author of, most recently, White Tears, and four previous novels. His work has been translated into twenty-one languages, and his short stories and journalism have appeared in many publications, including the New York Times, The Guardian, and the New Yorker. He is the recipient of fellowships from the Guggenheim Foundation, the New York Public Library, and the American Academy in Berlin. He lives in Brooklyn.