A Berlin musician conjures up some curious sonic creatures. 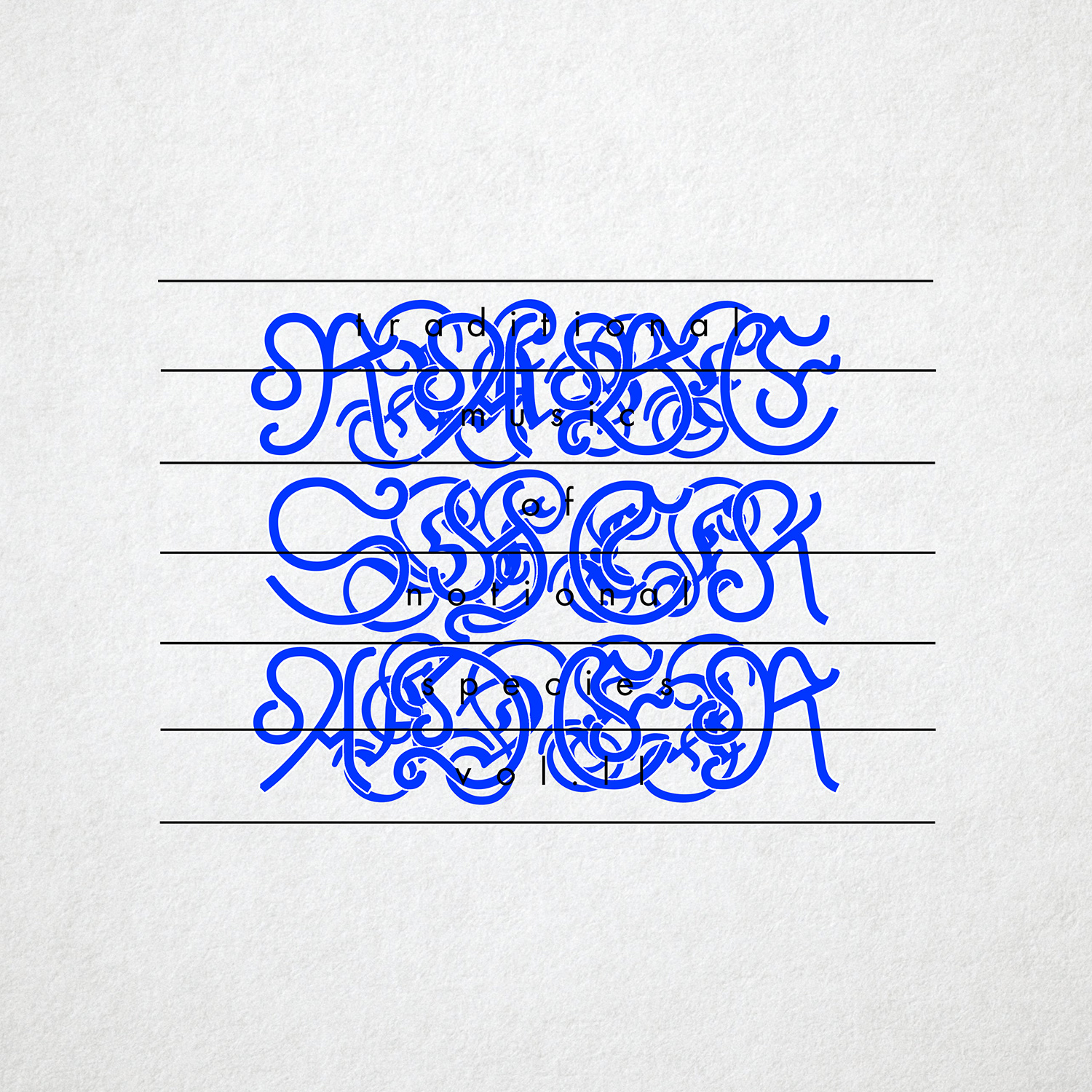 When Rashad Becker’s Traditional Music of Notional Species, Vol. 1 came out in 2013 it promptly proceeded to top the best-of-year lists of several magazines, including The Wire. The second volume has just been released, like its predecessor, by the small, exquisite label Pan. Traditional Music of Notional Species Vol. 11 is short—a mere thirty-three minutes—and divided into two parts. The first half contains four “themes,” the second four “dances.” “Dances” was the name John Cage gave to a number of his most important pieces for prepared piano, and one finds in Becker’s new record something of the spirit of that corpus of works: the ambition to build, using simple, almost skeletal means, the sound of an imaginary world where alien entities gather to generate a tentative, embryonic music whose contours we can only glimpse.

Prior to 2013, Becker was known mostly as a mastering engineer, responsible for the final touches and the specific quality of much of the best (mostly electronic) music coming out of Berlin, where he has been based for decades. Other things that we know: Becker believes that given the information glut in which we live, an artist must have a sense of necessity before adding anything new to the seemingly infinite pile of existing cultural products; he favors the restriction of musical means and mainly uses a small selection of synthesizers (from Cwejman, Waldorf, Oberheim); he is interested in lesser-known musical traditions of non-Western and marginal European populations (Japanese sho music; the music of the Pontus, an ethnic group from Northern Greece); he plays the trombone.

In a 2013 interview with FACT magazine, Becker confessed that he would have preferred to have been a writer rather than a musician. He understands his music as a form of storytelling and conceives of his pieces as analogous to short stories: he would like us to hear the simple melodic and rhythmic gestures that compose them as the actions of a series of “characters.” And certainly, a crucial feature of his current project lies in the fiction implied by its title of a hypothetical species whose musical culture is being revealed.

The works in both volumes of Traditional Music of Notional Species are “performed” by a small, make-believe ensemble composed of a number of “players” or “characters.” Each is defined by a single timbre and performs a limited number of audible gestures. These gestures are somewhat elemental: a sort of rattle, a knock on a surface made of who knows which metal alloy, a blow in what might be a tube, all of them, of course, synthesized and—discreetly—processed in a studio in Berlin. As with Cage’s pieces for prepared piano, modern musical media is here at the service of manufacturing an archaic sound world. Listening to these pieces, we imagine the members of the notional species discovering—through chance and conversation—that their basic sonic signatures can be combined in quasi-compositions. We witness music in the process of being tentatively, clumsily formed. And we get a sense that is rare in electronic music: the impression that what we hear is produced with enormous, almost muscular effort.

I find it especially suggestive that Becker plays the trombone: perhaps no other instrument gives the listener the feeling that whatever sound comes out of it is created at the price of painful labor, while also promising a condition in which music projects beyond constricted human space. Every time, of course, the promise is canceled, but having been invoked, still lingers. In Becker’s instrument of choice, there’s something gloriously untamed, a quality that is present in the pseudo-trombones that are frequent in both volumes of Traditional Music of Notional Species. Gustav Mahler, who used the trombone at key moments of his symphonies, understood this perfectly. The instrument is often used both in parades and funerals. That’s perhaps why in these themes and dances we’re not sure if what we hear is a celebration of incipient communal life or the communal lament of death, if they express a regret for the awfulness of life or the euphoric anticipation of a potentially luminous death. This is the same ambiguity that makes the dances, processions, and marches in many works by South African artist William Kentridge so powerful.

I don’t know how Becker envisions the creatures that inhabit this record. I’m not sure how I do. But, thinking about literary references that would be fitting, I remembered the magnificent “Portrait of the Meidosems” written by Henri Michaux and published (as part of his Life in the Folds) in 1949. I consulted my copy and found this fragment:

Hundreds of threads shaken by electric spasms. With this uncertain latticework for a face, the anxious Meidosem tries to look calmly at the massive world surrounding him.

It is with this that he will respond to the world, as a shivering little bell responds.

Meanwhile, shaken by calls, struck, and struck again, and called again and again, he longs for a Sunday, a real Sunday, which has never come yet.

In the very last minute of Becker’s record, the band of conjectural creatures seems to get particularly agitated, as if, after the thirty-two minutes of preliminary trials, they might finally emerge, through some kind of collective action, from their confinement. The music becomes more frantic; the group has been caught by a new enthusiasm. Is a real Sunday coming? Perhaps the third volume will tell.